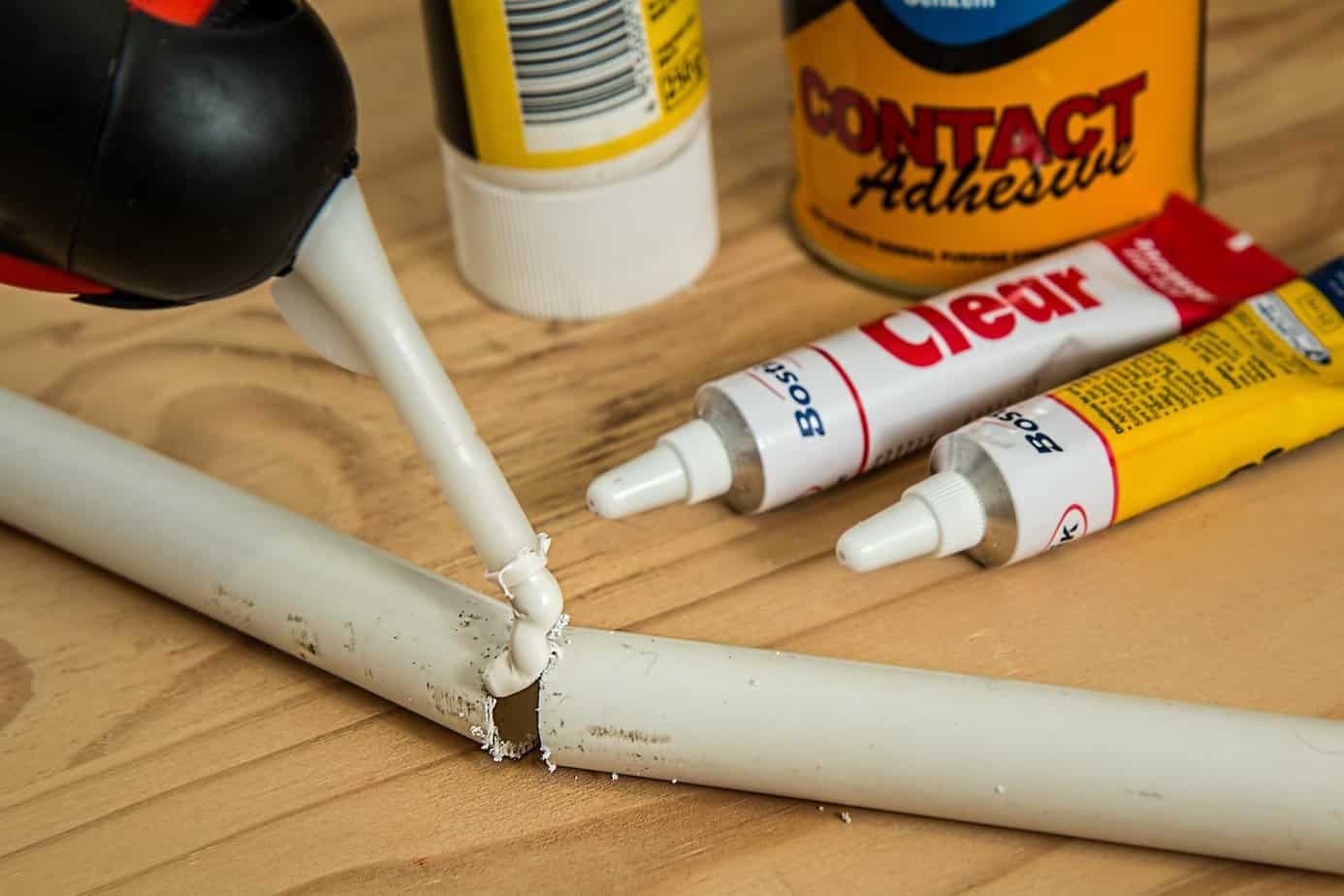 We don’t often stop to consider how often we need to join together different pieces of material. Whether you’re building a piece of wood furniture, repairing a broken gardening tool, or putting together a new flintlock rifle, it’s important to know the best way to make a join hold firm for the long haul.

If the objects being joined are metals, then welding, soldering, and nuts and bolts are effective. If the pieces being joined are wooden, then nails, screws, and glues are standard binders. Sewing binds together fabric or leather. For most applications, though, we all reach for some sort of adhesive or glue.

When it comes to practical developments in modern chemical science, adhesives have received the lion’s share of improvements. If you go into a craft, hardware, or building-supply store, you’ll see dozens of adhesives literally on display.

There are specialty products designed for use with wood, fabric, china, or glass. There are also two-part adhesives. Another adhesive that’s currently available is conductive and primarily is used to join electrical wires. If you need to join it, there’s an adhesive for the job.

For general use with paper or wood, there are numerous glues available. Included in these are common white glues, rubber cement, etc.

Many of these types of glues contain a solvent that evaporates and leaves the adhesive in place. Others contain compounds that form bonds to the objects being attached. Pressure-sensitive adhesives are used in applications that require an object, such as a stamp, to attach where it is placed. 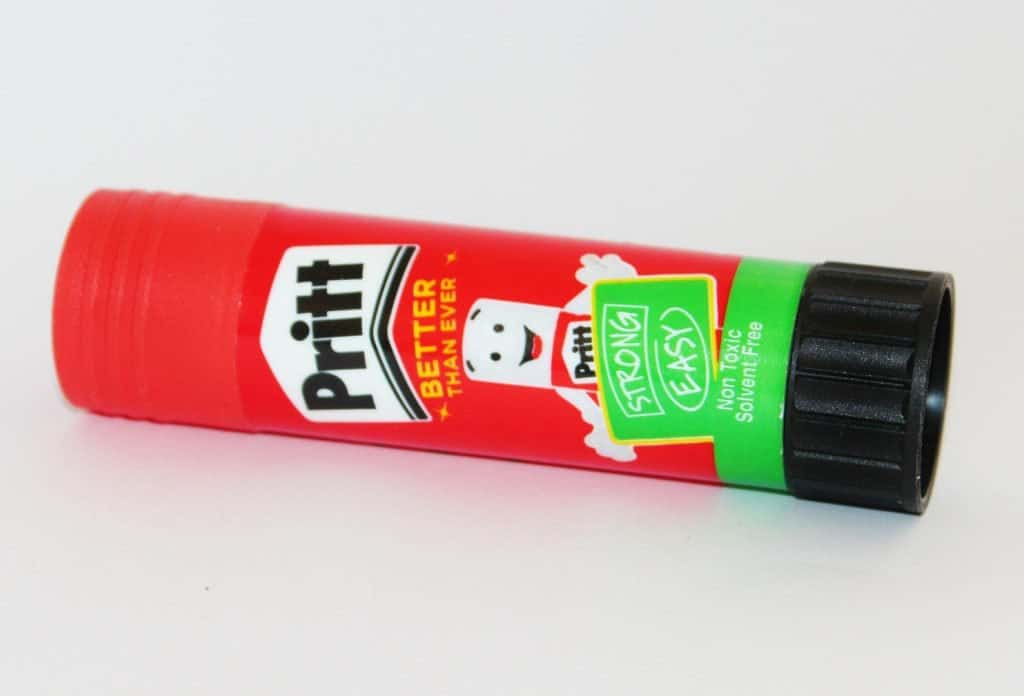 Glues that are applied hot are used in glue guns, and both the glues and applicators are available in stores that range from building suppliers to gas stations and department stores.

Popular glues in the general category include Elmer’s Glue-All, Devcon, LePage, and many other brands. Some are designed especially for gluing plastics and have long been associated with building models.

A family of glues often referred to as “super” glue have been popular for many years. Super Glue is a registered trademark of Super Glue Corporation, but there are numerous glues that have similar characteristics.

Most contain a class of compounds known as cyanoacrylates, with methyl cyanoacrylate being the most common. The compounds have been known for many years, but their use as adhesives began about 50 years ago.

Although Super Glue remains popular, numerous other brands are available. Super glues are available in liquid and gel forms, usually in tubes that allow a small amount to be squeezed out at the time of application.

One of our favorites is the easy-to-use Loctite gel. It doesn’t run from the point of application, and it bonds strongly and quickly. One negative attribute of super glue is that if some ends up where it shouldn’t (like on fingers), it will not wash off. However, nail polish remover (acetone) effectively removes it.

Super glues bond to most surfaces, which makes them a first choice for many uses. The containers are small and easy to carry in a repair kit, toolbox or backpack.

One disadvantage is that they deteriorate quickly (even in the containers), so it’s not uncommon to pick up a tube that was used some time ago, only to find that nothing is left, or that it has become a small brick. 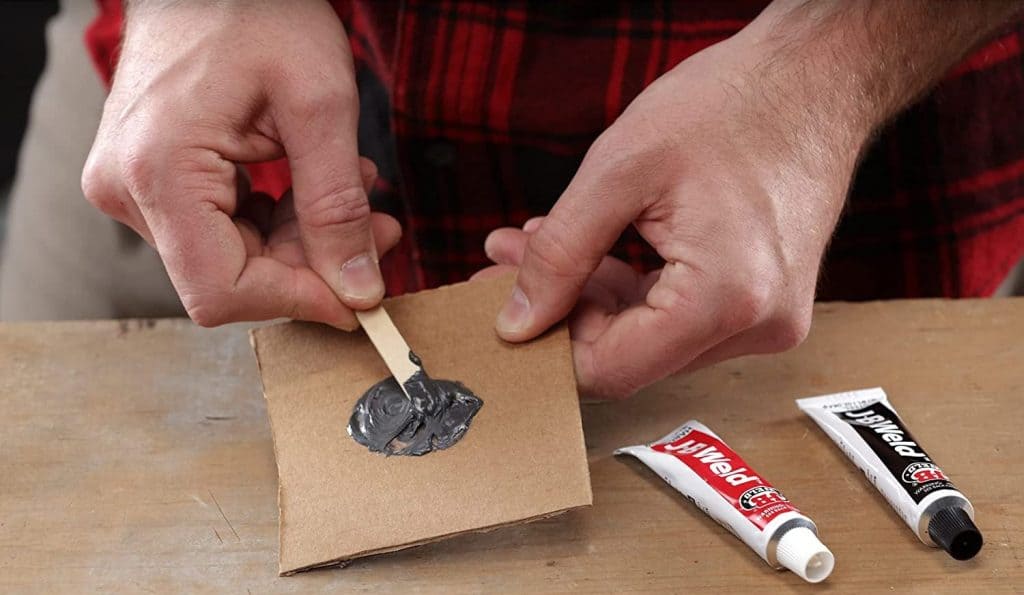 Sometimes an adhesive is needed that not only binds two objects together, but also permits an object to be reshaped. In such cases, the adhesives that consist of two components are the usual choice. Two-part epoxy-type glues consist of a resin and a hardener that are mixed immediately before use.

A class of compounds known as epoxides constitute the resin, and the hardeners include compounds such as amines, alcohols, organic acids or phenols. When the two parts are mixed, a reaction occurs in which the epoxide compounds are linked to form a rigid polymer. This reaction is referred to as curing or crosslinking.

Because of the many different epoxy compounds and crosslinking agents, there is a wide range of epoxy glues. Some are quick-setting, whereas others require considerable time for the curing process to complete. In some cases, additives such as glass fibers or powdered metals are included to increase strength.

The epoxy glues are versatile and are good choices when something really needs to be “welded” together without a welder. This is especially true of larger objects, and the result is a rigid piece so strong that some can even be machined or shaped. J-B Weld products are of this type.

By choosing different ingredients, epoxy glues are available in a wide range of properties. Such adhesives are used in many industrial applications.

There are times when a project must be completed but a trip to the store is impractical. In that case, you can easily make a glue that works very well using only a few common kitchen items.

One such product is sometimes referred to as “milk glue” because one of its ingredients is skim milk, which contains casein (milk protein), a product used in many glues.

This glue is a general-purpose adhesive that creates a very strong bond with porous surfaces such as wood, paper or cardboard. Not only does homemade glue work well, it’s easily made from water, vinegar, skim milk and baking soda.

The process begins by combining lh cup of skim milk with 2 tablespoons of vinegar. The mixture is stirred for one minute, then allowed to set for two minutes.

The solid curds that form are removed by placing a paper-towel-lined strainer over a bowl to allow the liquid to pass through.

After the liquid has drained for about five minutes, the paper towel containing the solids is removed and squeezed to force out the remaining liquid.

The solid is placed in a bowl, and 2 tablespoons of water are added and blended with a fork.

At this point, the glue is a thick, white semi-liquid. It should be stored in an airtight container, and it can be thinned by adding a small amount of water.

Don’t be deceived by thinking that this sounds too simple to be good. This stuff works!

Casein-based glues have been used for centuries in woodworking. We have even joined small flat sticks end to end with surprising strength in the bond. When applied to broader surfaces and clamped until dry, a very strong bond is obtained. 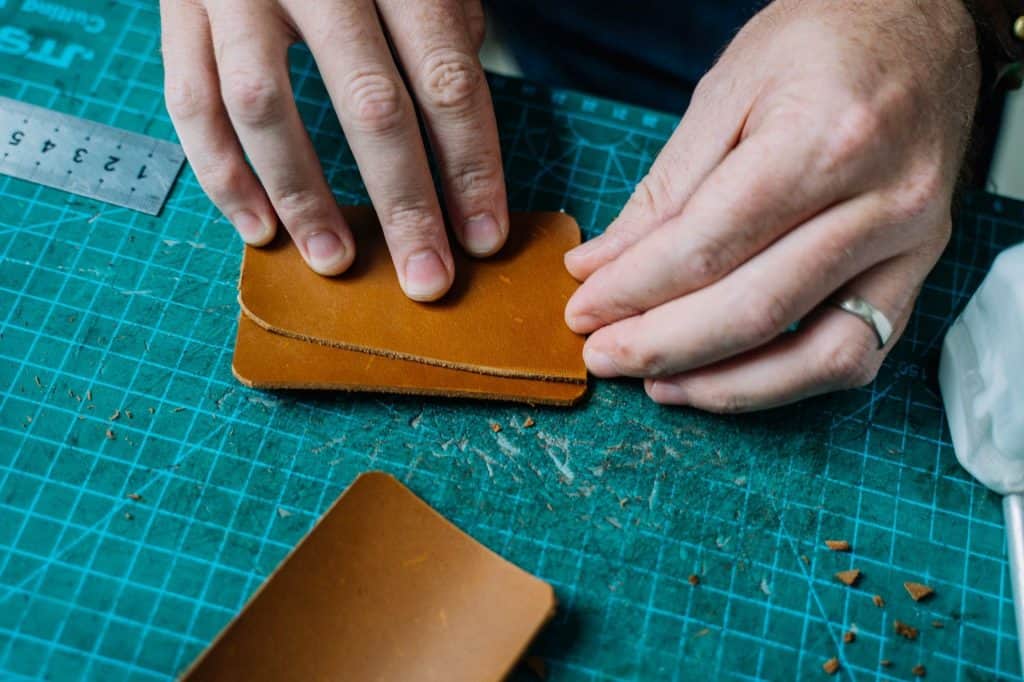 Adhesives offer many advantages over other joining methods. One is that you can glue objects such as wood, fabric or leather together where sewing isn’t feasible. When it comes to consumer adhesives, we never had it so good.

Next time you need to join items, but aren’t sure which adhesive will produce the best results, ask these questions:

What type of material am I gluing?

Does the joint need to be weatherproof?

Does the glue need to resist solvents?

Does the joint need to withstand extreme temperatures?

Does the glue have an acceptable color?

So there you have it! A simple DIY project to make your own glue. This information will not only help you when you have to tackle various homestead projects, but it will also provide you with additional means to become self-sufficient when a trip to the hardware store is out of the question.

If you see this plant in your yard, don’t touch it!

Top DIY projects for an independent and self-sufficient home