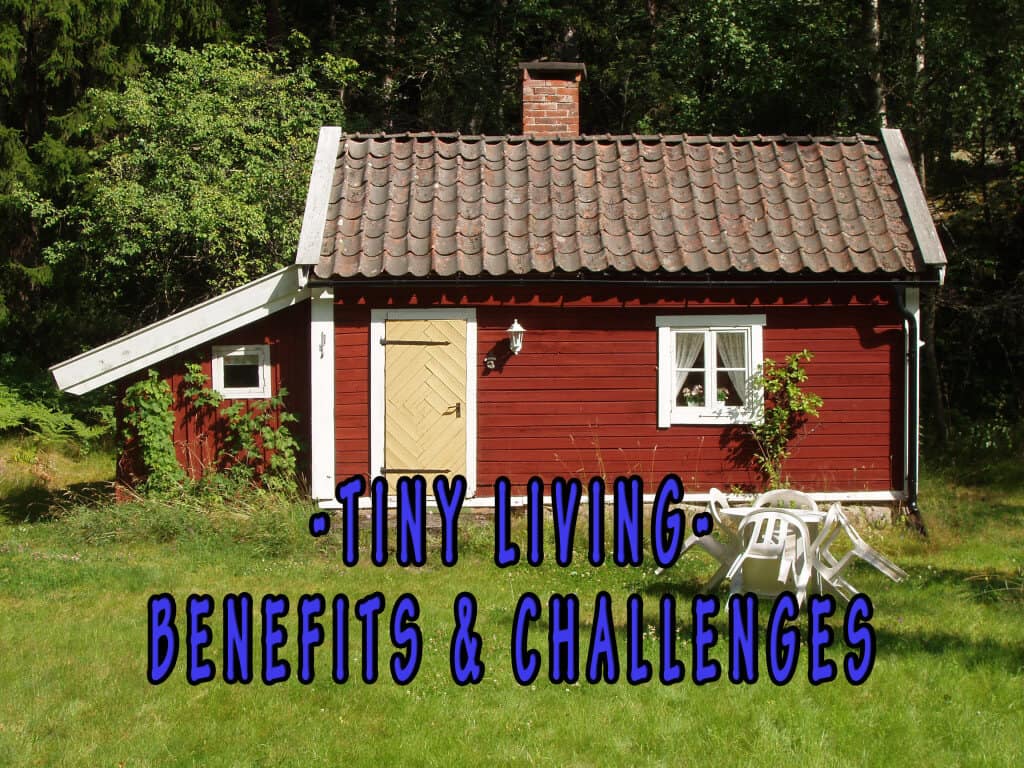 More and more people are choosing to leave everything behind and start a new life off-the grid. There is currently a tiny house movement and many families will downsize and learn how to live simply in small homes.

Living in a tiny house means learning to let go and enjoy a new life. One in which you will have less stuff, fewer bills and less living expenses. This lifestyle will also provide you with more free time for you and your family.

Last week I got a surprise visit from a high school friend. After hearing about how he turned his life around, I got inspired to write this article. I haven’t seen Jack since 2012 and I was surprised to discover how he managed to completely change his life. He worked in finances for the past 15 years and last time we spoke he was trying to sell his company. He was looking to get new start in life. As I’ve understood from him, he was suffering from chronic stress and had a few other medical problems that made him rethink his options.

In 2013 he sold his company and moved to Colorado, where he now lives with his wife Linda and their nine year old son. They live in a tiny house that provides no more than 196 square feet of living space. Following the stories and experiences he shared with me, I thought it would be a good idea to write about the benefits and challenges of living in a tiny house.

When he moved to Colorado, Jack was feeling out of place and the first two weeks were the hardest for him. He was used to working more than 50 hours per week and out of the sudden he had too much free time on his hands. He was anxious and he didn’t know where to start from or what to start with. The good part was that he was slowly catching up on his sleep. He wasn’t as tired as he was when living in the city.

Related article: Off-grid limitations that no one tells you about

After the first month or the adjusting break, as he called it, he started making plans and the first thing he started with was the budget. He posted a note board on one of their walls and he wrote $700, their monthly budget. He started tracking every penny and in time he managed to identify the mindless spending that was affecting his budget. Things like spontaneous meals out, various trips to the grocery store and driving, without taking into account the cost of gas. After the first year, they managed to stop these money leaks. Now they try to plan every drive based on the needs they have.

They stopped buying everything and they downsized as much as they could. Now they buy mostly food and he told me that he no longer feels the rush to buy stuff, like he was doing when he was living in the city. He managed to escape the cultural environment that tells him to buy, buy and buy some more. This move also helped him spend more time with his son and although Jack and his wife have both part time jobs, they managed to organize their schedule so that one of them is with the kid at all times. Since Linda’s mom lives in the same county, when they need a sitter, she helps out.

When he moved to Colorado, he decided to buy enough land that would provide a comfortable lifestyle. He sat down with his wife and made the plans for their dream life and how to build on their future. They wanted something that included mountains, a good local economy, a natural lifestyle and a good growing season. They also took into consideration the affordable land at less than $10,000 per acre.

Related article: How to pick the right land for an off-grid home

Jack told me that they could have stayed in a travel trailer or pay rent for something bigger but they decided to build their tiny house so that it would become an attractive addition to their homestead. Following a little research on Craigslist, they bought a salvaged mobile home trailer and they started working on it. Their tiny house took 8 months to build and it cost them $15,000 in materials.

Three people living in a 196 square feet home is not easy. Here are the advantages and disadvantages they’ve acknowledged after 3 years of downsizing.

Advantages of living in a tiny house:

Disadvantages of living in a tiny house:

Jack admits that tiny living is a challenge. He would have loved to know what to expect before embarking on this journey. They are expecting a baby and last year they’ve started building a larger house. Even though some might consider that 1500 square feet does not provide enough living space for four people, he says that it is exactly what they need.

He developed enough patience in the last 3 years and he designed his new home to accommodate all their needs. He is even planning to build an outbuilding to store all the items that get only occasional use. Since he moved into his tiny house he understood that what he considers as the right size for him, might not be everyone’s right size. He learned many things from the community and his friends who also live in tiny houses. More than once, he told me that having a supportive community is pure bliss when you feel overwhelmed. He managed to learn a lot about the unique challenges of small-space living, just by visiting his friends.

Although Jack didn’t had a hard time managing his working time and keeping a tight schedule when he lived in the city, things changed when he moved to Colorado. He is under a constant learning process no matter what he does. He understood that time flies faster when you have to deal with homesteading projects, especially when you don’t know what to do. Learning how to keep a successful garden took time and he was surprised to see that he doesn’t know the basics. Even though some things may be obvious for some people, for him, gardening was a total mystery at first.

Living tiny will make your life easier, but you shouldn’t expect that it will solve all your problems. It will solve some, but most of the time it will create others. You shouldn’t feel bad if you realize that you need more space. As long as you have the land, there are always affordable options. Not everyone will understand your desire to live so simply and you will lose some of your friends. Most people can’t understand how you can be happy with such simple living and they will stop visiting after a while.

You shouldn’t ignore the local building codes just because you decide to build a tiny house. Even building on wheels doesn’t exempt you from adhering to building codes. Even worse it seems that the government is trying to crack down on the off-grid communities.

Always look for ways to maximize space and whenever possible, use built-ins. Jack learned to design built-ins with the use in mind for his future home. Another thing he learned was to use narrow shelves as this would help you see everything you’ve stored at a glance and you will avoid moving things from one place to another just to find a single item. Using hooks is another alternative to reduce clutter and the space over the windows should be used for deep shelves. The ceiling can also be used and you can build racks to store items that do not require too much space.

The tiny house should be designed based on your personality and you should include a few simple luxuries. The main rule is to put things away and keep only what brings you joy. Building an outbuilding for storing the stuff you own is strongly recommended.

As I’ve learned from my friends, tiny living has its challenges. However, it also brings a lot of joy and simplicity that you can’t find in today’s frantic modern world. This lifestyle requires creativity, flexibility and ingenuity to provide a cozy and intimate feeling. It will make you think about the things you own and about the choices you have when deciding what you really need. You will discover that you don’t need a lot of stuff to be happy. Although it may sound limiting, it’s actually quite liberating.

Recommended off the grid and survival solutions: