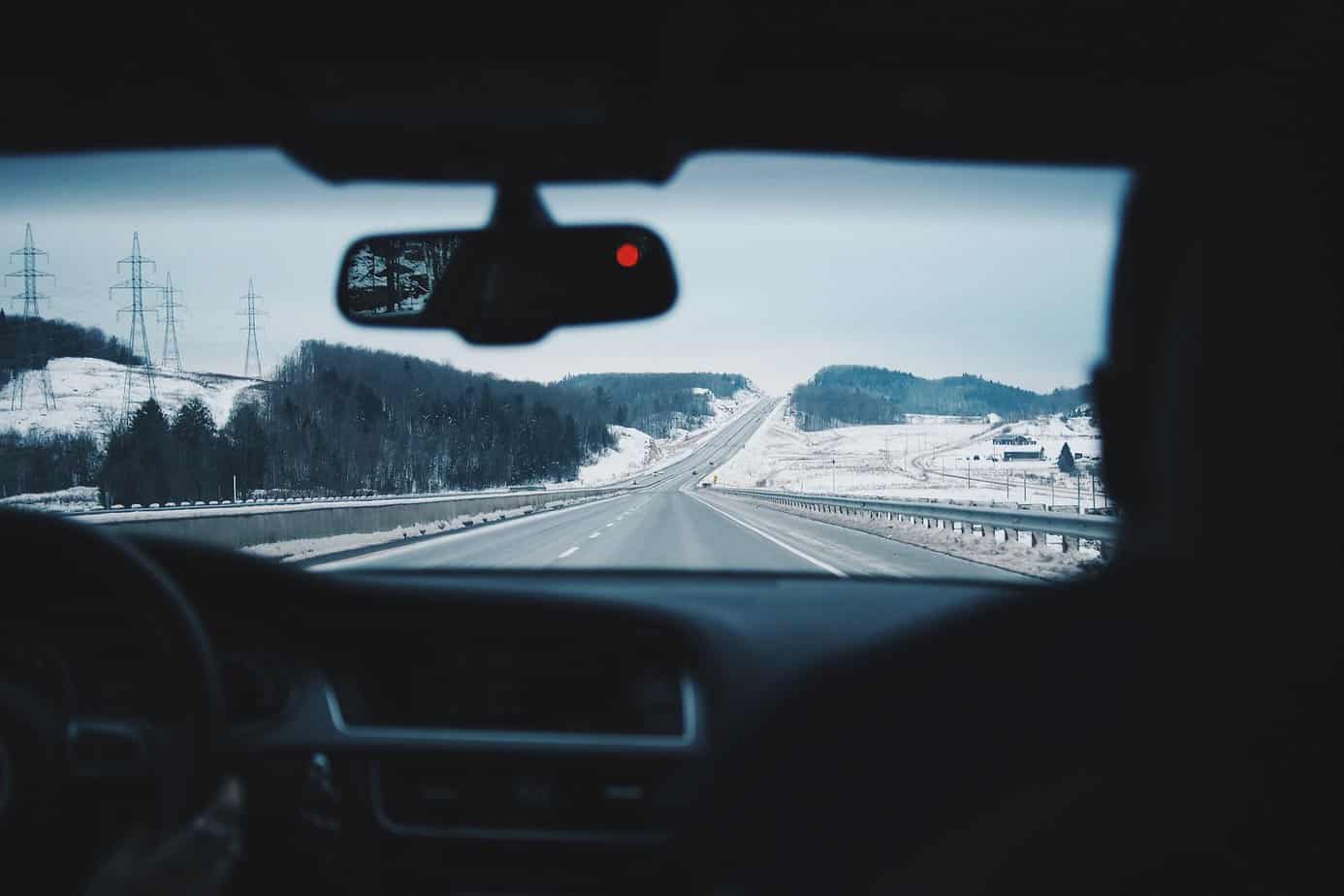 According to the U.S. Department of Transportation’s Federal Highway Administration, Americans average more than six million vehicle crashes every year. Of those, nearly a quarter, or more than 1.5 million, are weather-related, defined as a crash occurring due to impaired visibility from rain, sleet, snow, fog, or on roadways covered in rain, snow, or ice.

Casualties in weather-related crashes count more than 7,100 people killed and 629,000 injured. Financial damages from these accidents add up to millions of dollars.

By the nature of my job, I travel a lot and on a near-monthly basis find myself driving the 2½ hours to the nearest airport. I’ve made this and other trips in all manner of road conditions, from hot and dry to near-zero visibility. Call it brave or stupid, and I often push the edge of what kinds of conditions I find myself driving in.

To ensure I get there and back safely, I tracked down an old friend, Robert, who’s working at the Bridgestone Winter Driving School, to get some safe winter driving tips on how to drive on snow and ice. Here’s what he said. 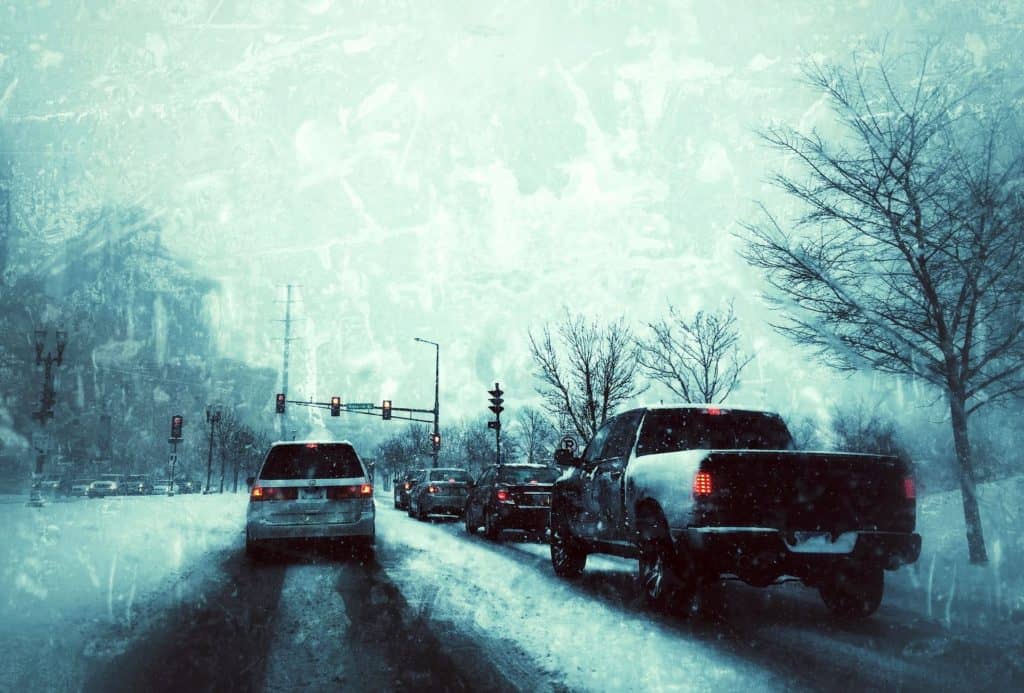 In any life-threatening situation, the ultimate key to survival is situational awareness, and driving on snow- or ice-covered roads is no different. That means no distractions.

To make it home safely (and this goes for any time you’re driving), put down the phone. Save the fast-food burger for when you arrive at your destination.

This is not the time for an in-depth conversation with your passenger on geopolitical collapse or the state of the economy. Focus 100 percent of your attention on the road ahead.

Your physical connection to the car is also important, allowing for a seat-of-the-pants feel for how the car is performing on the slick road.

“One thing you can do to get a better feel on slippery surfaces is put feet more upright,” said Robert. “When you’re sitting vertical, you have a better feel for the road.”

As road conditions deteriorate, it’s time to put your winter driving skills to use, and that doesn’t necessarily mean slowing down. Robert says that people have a hard time grasping that concept, but it is important to identify where you need to accelerate and where to go slow.

“You can carry good speed in a straight line, but if you need to change that line, you need to adjust your speed before you change directions,” said Robert.

“Slowing down creates a weight transfer, which loads front wheels more, which gives you steering.”

Weight transfer is something Robert talks about a lot, and it’s probably one of the most important concepts in safe winter driving. Transferring the weight of the vehicle to the front or rear tires by braking or accelerating is both the cause and the solution to a sliding vehicle, depending on when the physics are applied.

“One of the simplest things you can do, and one that a lot of people have a hard time with, is separating the use of your controls,” said Robert. 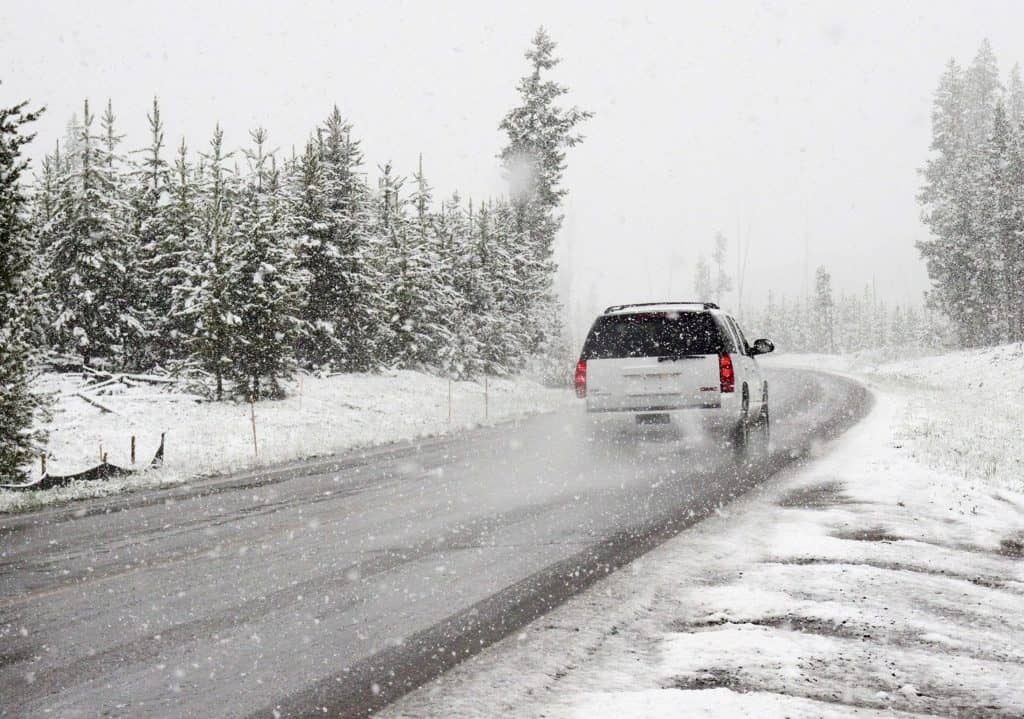 The goal in winter driving is, whether braking or accelerating, is to achieve the maximum amount of grip that the tires can provide to keep the vehicle from sliding. Unfortunately, instances happen – whether due to driver error or outside forces, that cause the tires to lose the traction needed to brake, accelerate and steer.

It’s how the driver responds to this situation that’s often the difference between an accident and a safe arrival at your destination.

“Just because your car is sliding doesn’t mean you’re out of control,” said Robert. “Avoid the panic reaction, which in almost every case makes the situation worse. A skid doesn’t mean it’s over. It means it’s time for you to step up and drive.”

Not panicking means not yanking on the steering wheel and not mashing on the brakes. Instead, quickly identify which type of skid is occurring – either a rear-wheel skid or a front-wheel skid and react appropriately.

slowing down too abruptly on a slick road can transfer too much weight to the front wheels, causing the back wheels to lose traction and skid. If you feel your vehicle’s back end start to slide, it’s important to point the wheels where you want the car to go and, at the same time, add just a bit of acceleration to get additional traction at the back of the car.

“This doesn’t add more speed,” said Robert. “Instead, it creates a weight transfer to the rear wheels, getting more grip to the back of the car where it’s needed.”

A front-wheel skid is usually caused by going into a corner too fast. You turn the steering wheel, but there’s no traction on the front wheels, and the car goes straight. In this situation, the brakes won’t help.

“Turn the wheels back toward straight and when they regain their grip, finish the corner,” said Robert.

That’s the most efficient way to fix the problem. Like a lot of the techniques Robert teaches, this may sound counter-intuitive at first, but he emphasizes, in winter, driving the intuitive solution is often wrong.

“Instincts are good, as long as they are correct,” said Robert. “And great reactions are only great if they are the right reaction.”

Getting stuck in the snow

If you get stuck in the snow, remove snow from the areas in front of and behind the wheels. If your vehicle has a traction control system, it is recommended to disengage it to allow the engine to run. Try to balance the car front and back and do not turn the wheels. Doing so will help you move forward little by little.

Do not run the engine too much, as the fast spinning of the wheels will melt the snow and form a layer of ice under the tires. If you insert objects under the wheels to increase the traction, do not stay behind the car since these they can be thrown, and the risk of getting injured is very high.

Is it time for new tires? 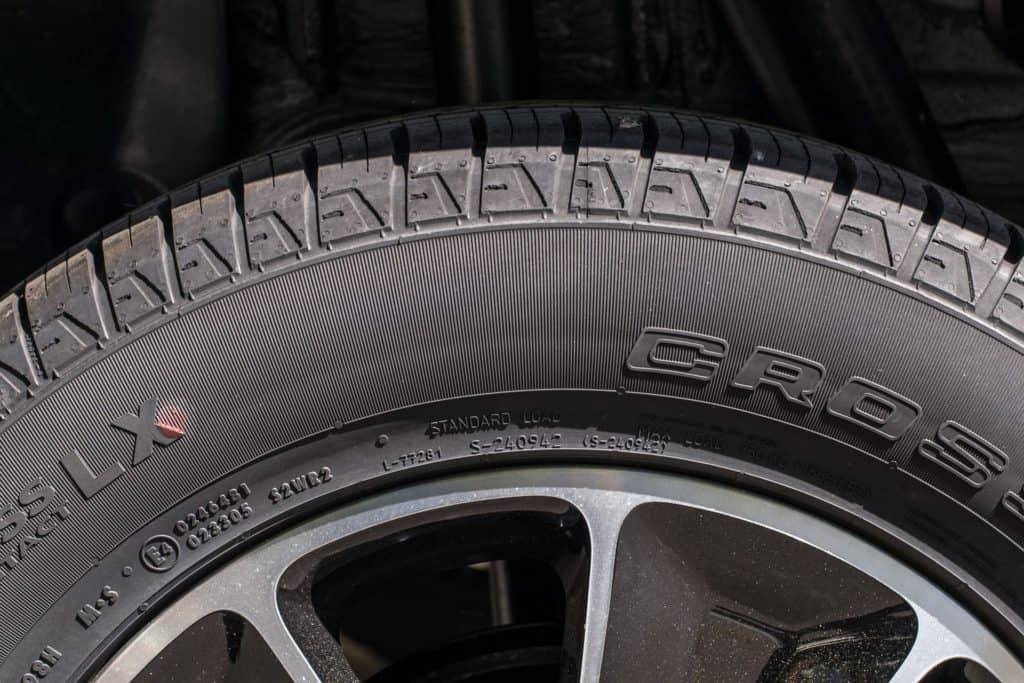 In preparation for the winter driving season, vehicle owners should perform all the routine maintenance— fluid checks, new wiper blades, etc.—to ensure what would be a minor inconvenience in the summer doesn’t leave drivers stranded in the winter.

After that, take a good hard look at where the rubber meets the road, quite literally. “If you live in the Snow Belt, switch to purpose-built winter-season tires,” said Robert.

Most of us have been taught to test tread depth with a U.S. penny. If Lincoln’s nose is exposed, we’ve been told, it’s time for new tires. Robert cautions that doesn’t cut it for winter driving.

“That will get you by in the summer.” Instead, stop by any tire store and ask to borrow a tread depth gauge. Most tires start around 9/16 inch in depth.

“Any less than half that will truly affect winter performance,” said Robert.

Robert also noted that for every 10 degrees of temperature drop, tires lose one pound of inflation. If it was 80 degrees when you last inflated your tires and you’re driving in 20-degree weather, your tire pressure will naturally be 6 pounds low, creating a dangerous situation that could cause the tire to fail. “Most people don’t think of that,” said Robert.