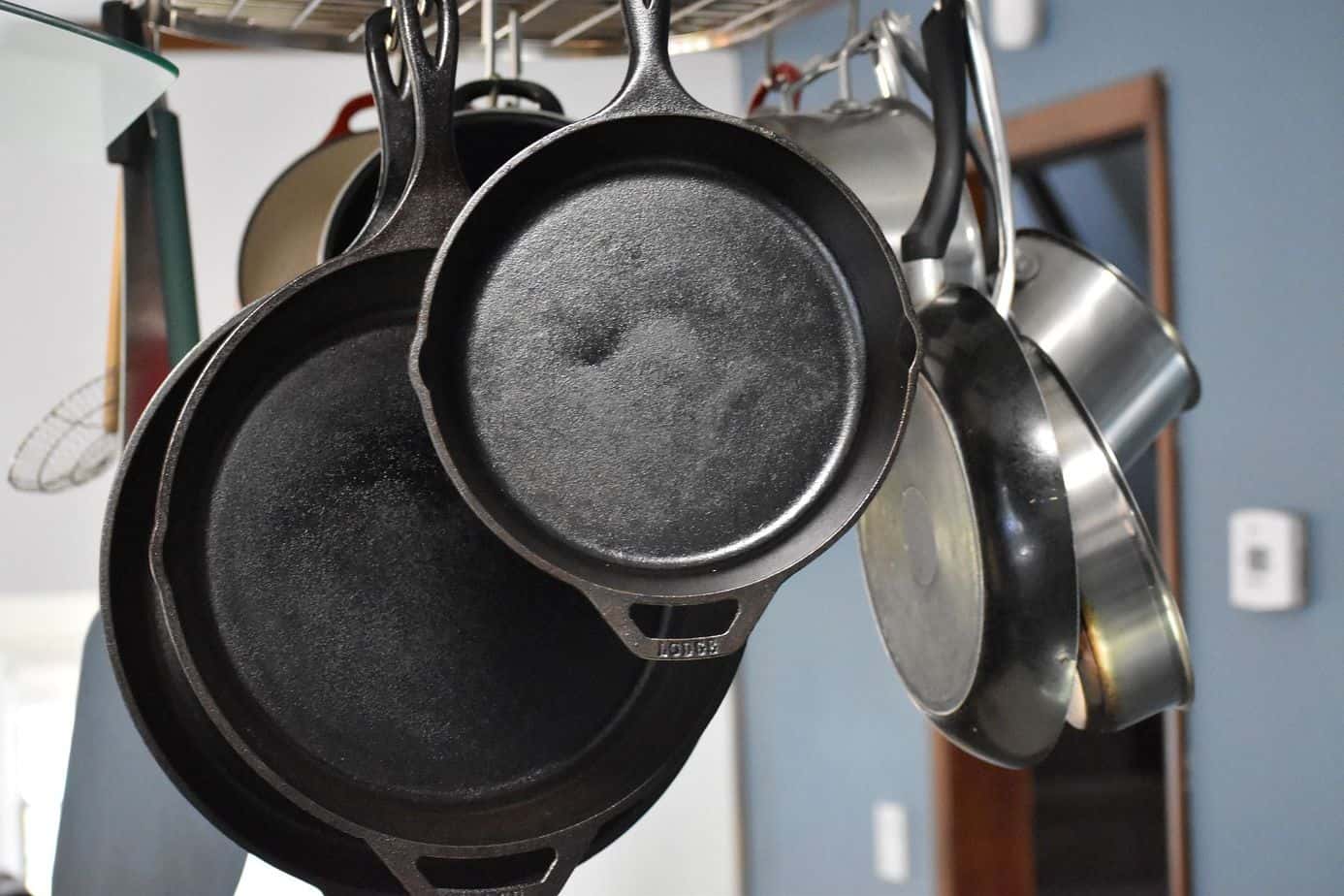 All across our country, people are rediscovering their love for cast iron cookware. For the country kitchen, no cookware set is complete without a few vital pieces of cast iron. While collectors are snapping up all the cast iron cookware from garage sales or flea markets, newly manufactured cast iron has also gained more and more popularity over the last decade.

I’ve seen people pay hundreds of dollars for a specific vintage piece of cast iron cookware, and it seems to be harder and harder to find old pieces of cast iron.

These are some of the questions most people ask when it comes to cast iron, and we will try to provide you with an answer in this article.

Casting iron is perhaps one of the oldest skill known to man, and it dates back to the 5th century B.C when people in China were making pots, as well as plowshares and other items that were indispensable for their homestead. 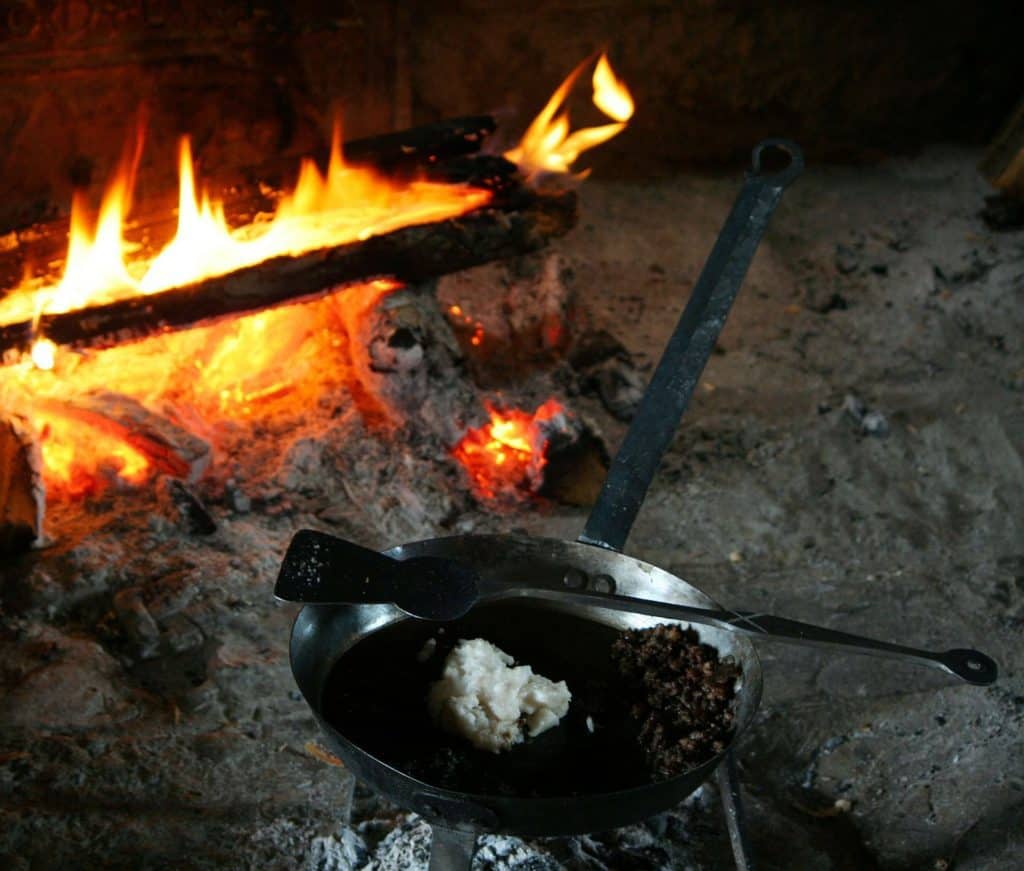 The skill found its way to the west after a while, and it reached England, where it was mostly used to craft cannons and ammunition for the newly developed weapons. Soon enough, casting iron was used for many other things, including making cookware.

Cast iron came into its own as established cookware somewhere in the mid-19th century. Every household prior to that had a cast-iron cook pot of some sort, and most meals were cooked over the home’s fire. But with the development of more modern foundries and techniques, most manufacturers began to offer a larger range of items for the home chef.

Cast iron was affordable back then as it is today, and nearly everyone could afford to have some type of cast-iron cookware in their home. With the arrival of the modern cook stove, a whole range of cast-iron products evolved to cook on it.

During the 19th century, several noticeable manufacturers gained popularity, and perhaps the most notable one was the Griswold Company. In fact, their high-quality cast iron cookware are some of the most prized by collectors today. Now regardless of the era or the manufacturer, you must understand that such cookware was built to last. Some 75-year old pieces are still serviceable today.

Starting with 1950, the cast iron cookware took a big fall as modern products like Teflon were invented, and their nonstick properties took cooking to a whole new level. Cleanup took less, and cooks soon fell in love with this new metal since it didn’t require seasoning after each use like in the case of a cast iron skillet.

The downside of Teflon was the easiness with which it can be chipped or scratched, and eventually, the nonstick surface will lose its properties.

With recent studies showing that fumes from overheated Teflon cookware may pose a threat to human health, cooks are starting to turn back to the tried and true cast iron.

What should you get for your country kitchen?

The standard skillet is the first must-have piece of your new cast iron cookware. From experience, I can tell you that a 10-inch skillet is the real workhorse of a busy kitchen. You can use it for frying, simmering, roasting, sautéing, stir-frying, and everything you want.  You can use it on the stovetop, or you can use it in the oven. The best cornbread and upside-down cakes can only be cooked in a cast iron skillet.

The skillet is made from a single molded piece of metal, and this offers the possibility to use it from browning meat on the stovetop, right into the oven. Doing so with other skillets is impossible due to their plastic handles.

Skillets can be purchased in a variety of sizes, ranging from 6 inches wide and 1 ½ inches deep to 15 inches wide and 2 ½ inches deep. There are also 17-inch skillets that have two handles on either side rather than a single handle. As the size of the skillet increases, you have to keep in mind that the burner has to accommodate it. For example, a 10-inch skillet will do just fine for a family dinner, for baking breads, or for making a crusty pan pizza. 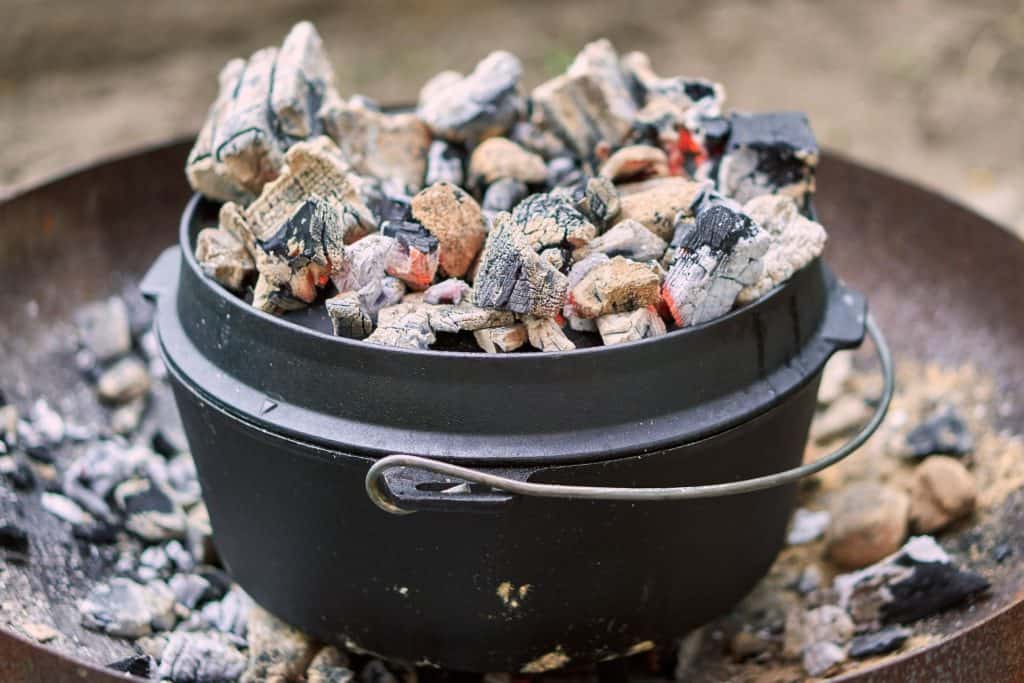 The Dutch oven is another primary actor in your kitchen, and just like the skillet, it can be used both on the stovetop and in the oven. A Dutch oven is a high-sided cooking pot with a tight-fitting lid. The lid is domed, which helps circulate heat and moisture.

Since the Dutch oven has deeper sides, you can also use it as a slow cooker. You can use your Dutch oven for baking, roasting, and for making soups and stews. An experienced cook knows that everything he or she makes in a casserole dish can be cooked in a Dutch oven just as well, if not better.

The domed lid makes it useful for making soups and stews on the stovetop, and it’s unparalleled for baking rustic bread. If you can think it up, the Dutch oven can handle it, even deep-frying.

This item is preferred by many campers, outdoor enthusiasts, and survivalists since it can handle outdoor cooking over an open fire without the hassle. Some prefer the alternative, which is the Dutch camp oven since they are similar in shape, both have a handle that makes suspending it over a fire easy, but the Dutch camp oven has a flat lid with lipped sides and unusually three short legs.

You can flip the lid and use it as a griddle. Those short legs keep the bottom of the pot from resting directly on the coals, and if need be, coals can be placed on the flat lid. Such a technique allows for even heating, and the food you placed inside the camp Dutch oven won’t overcook at the bottom while the top remains uncooked.

Your cast iron cookware deserves a griddle pan since such items can be used to make grilled cheese or pancakes, and in general, it makes grilling a child’s play. The low sides will allow you to turn food easily, and you won’t have to worry about burning it. Ribbed grilled pans are also available, but such items can be sued only for grilling and not much else.

If you want to have the best of two worlds, you can get a griddle with two sides (one flat and one ribbed). However, keep in mind that such an item can be quite heavy, and it usually requires two burners. I have one of these and I can say the results are pretty satisfying even tough handling it can sometimes be difficult.

If you love to make pizza or cookies, a cast iron baking pan is what you need. This large round pan measures a substantial 14 inches in diameter, and since it can be quite heavy, I recommend getting one with two handles.

I find my baking pan quite versatile, and it can serve any baking application I need. My family loves the crispy pizza crust that my baking pan makes. 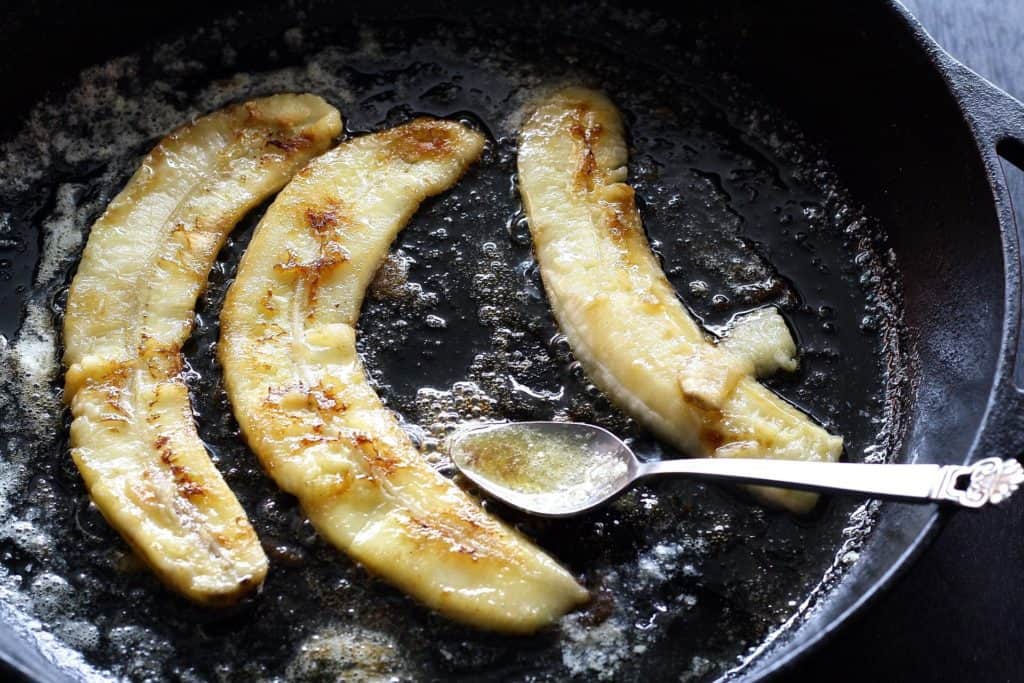 This is another good addition to your cast iron cookware collection. A cast iron fry pan is deeper than a skillet, and it allows you to deep fry without causing too much splattering. I’m also using it to simmer soups and stews.

Should you go with vintage or modern?

Once you decide what your cast iron cookware should contain, you will probably have a hard time figuring out if you should search for vintage pieces at flea markets or if you should buy new models online.

One thing you should know is that the modern iron casting process has very little differences compared to the old skillets. Newer models will be a little thicker, but that won’t make much of a difference to the average cook.

Many of those using vintage cast iron cookware claim that their items work better, but they forget to mention that their “treasures” have the advantage of decades of use and seasoning, especially those that are well cared for.

A must-read: How To Restore Cast Iron Cookware

The newer pre-seasoned cast iron cookware can be used right away, without having to worry about the seasoning process. However, until you broke it in, it is advised to cook with plenty of fat or pick foods that have good fat content. You should avoid acidic foods (tomatoes, citrus) since these will be heard on the seasoning. Also, care for your cast iron cookware after each use.

Whether you decide to cook with your grandmother’s cast iron cookware or if you bought a new piece for your collection, the sky’s the limit when using such tools. The main thing to remember is that every cast iron piece you have needs to be properly taken care of, and if you do so, it will last for a lifetime.