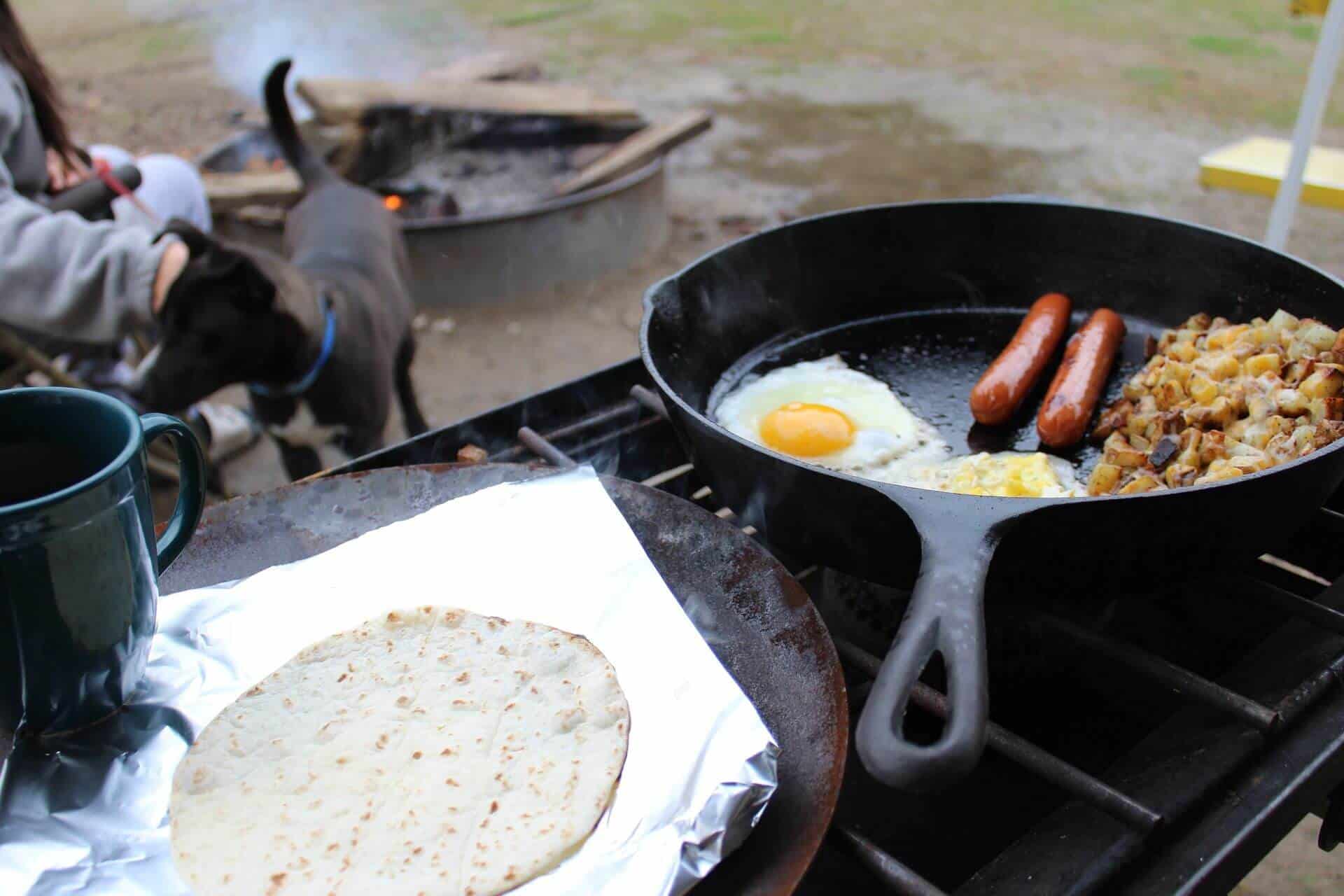 During wartime or a natural disaster, food shortages and lack of natural resources for cooking require a great deal of improvisation and basic knowledge of cooking principles. The Civil War era foods listed in this article stood the test of time and they can still be cooked today. This is reliable information for when times get rough and survival cooking will become a way of life.

Cooking over a campfire or baking in a clay oven is entirely different from cooking with temperature-controlled appliances. The recipes were adjusted by trial and error and substituting ingredients required knowledge that was attained only through a day to day experimentation. While some may say that Civil War era foods are not as delicious as the foods we have today, we have to acknowledge that famine is not pleasant either. Even more, foods can be improved by adding spices and everything becomes edible, especially if you are hungry enough. 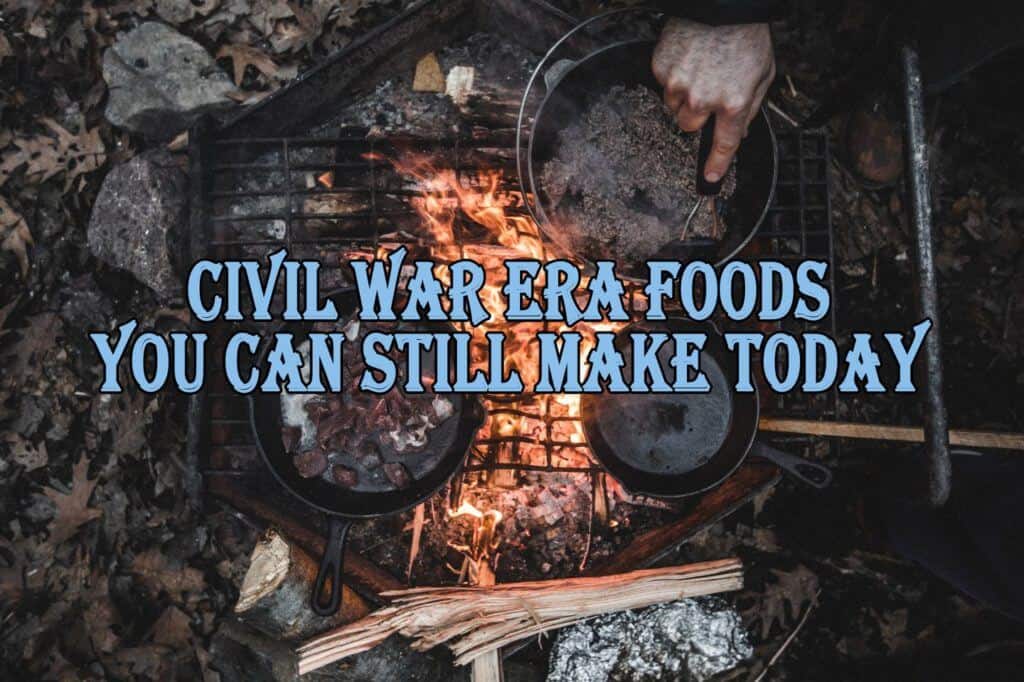 During the Civil War era, the two most common rations that were issued to soldiers were salt pork and hardtack. Both of them were designed to withstand the conditions of the time without deteriorating. As most of the food became infested with insects, the soldiers were forced to supplement their diets with whatever they could forage and find.

In this article, we describe some of the more common foods and how they were made so that you can make them today.

These are probably the most common civil war era foods we know about and it is one of the easiest ways of making flour edible. Even though making a simple dough and fry or bake it over a fire may not be very appetizing, for the soldiers, it was a hot meal that helped raised their morale. Hoecakes were made from cornmeal dough carried to the fields by slaves and other farm workers. At lunch, they cleaned their hoes, put the dough on them and cooked it over a fire.

Preparation: Scald cornmeal with enough boiling water to make a stiff batter, then add bacon drippings and salt. Shape into pones, leaving the imprint of four fingers across the top. Place batter on the cleaned, greased blade of an entrenching tool and set up next to the fire to bake.

Preparation:  Combine all ingredients to make a semi-stiff mush. Spread 1/4-inch thick in a well-greased heavy pan and bake at 375 degrees 20 to 25 minutes. Cornpones used to be baked on a greased shovel over glowing coals.

This is another one of the civil war era foods that is still being used today and its popularity is increasing amongst preppers and survivalists.  Hardtack was a virtually indestructible 1/2-inch thick cracker about three inches by three inches, pierced with sixteen holes and made from flour and water. The daily ration was nine or ten crackers, but there was usually enough for those who wanted more since some men would not draw a full ration. They were eaten plain, soaked in coffee or crumbled and added to the stew pot. Use one part water to six parts flour. Roll dough flat and score into cracker shapes.

Bake 20-25 minutes and cool off until completely dry before storing in canisters.

The crackers should be hard as bricks and indestructibly unappetizing. If not consumed by hungry soldiers, the crackers might last at least until the Lord returns!

Related article: Hardtack a survival food from the Civil War (including various recipes)

Gingerbread was a favorite food when it was available and it is one of the Civil War era foods described as a comfort food. It was often called the “food for sick men” or the “dying man’s food” because it was offered to wounded soldiers in field hospitals. This food was often found in care packages sent to the soldiers by their families and it was a constant source for many food-related fights within the ranks.

Preparation: Preheat the oven to 350 F. Butter a 9-inch square pan and dust it lightly with flour. Beat the ¼ lb. of butter until it is smooth and creamy. Add the eggs and beat well. Add the buttermilk and molasses, and blend.

In a separate bowl, mix together the flour, ginger, and baking powder. Add the flour mixture to the butter mixture and mix well. Pour the batter into the pan and bake for 35 minutes. Stick a toothpick into the center of the gingerbread. If it comes out clean, the gingerbread is done. Cool in the pan, and then cut into 9-12 pieces. 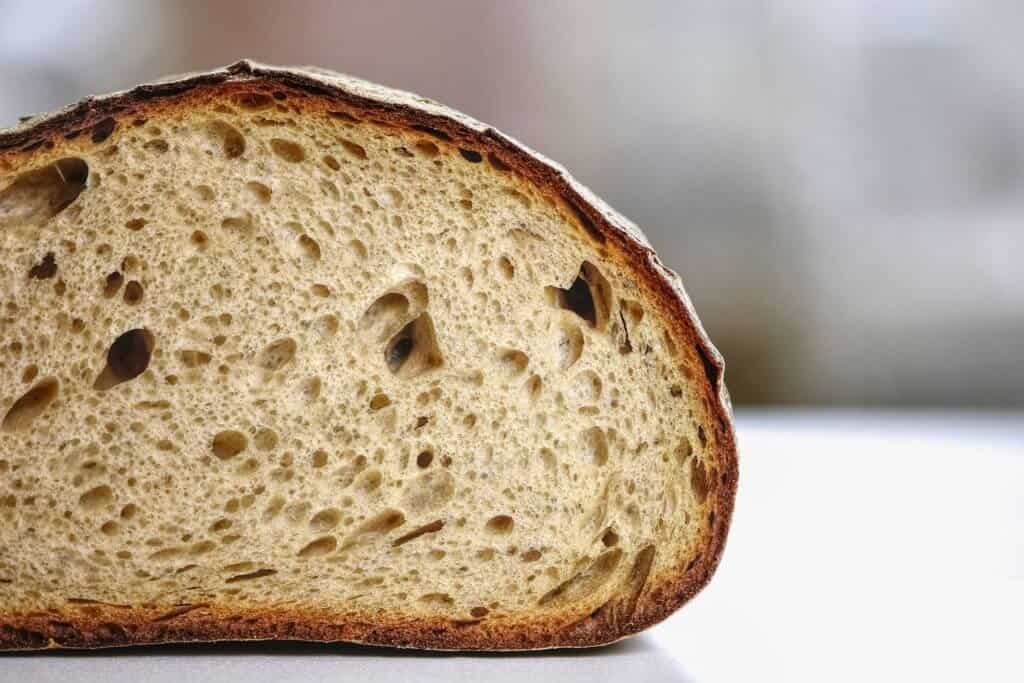 Wheat flour was quite scarce in the South during the Civil War, so soldiers baked bread from available ingredients such as white cornmeal. Some people prefer to add baking powder, but you have to keep in mind that Confederate soldiers did not have baking powder.

Preparation: Preheat the oven to 400 F. Grease a square baking pan with the butter. Combine the cornmeal and salt in a large bowl. In a small bowl whip the eggs with a fork and combine with the milk and oil. Stirring only until all the dry ingredients are wet, add the wet ingredients to the dry ingredients and then pour the batter into the prepared baking pan. Bake 20-25 minutes or until the top is lightly browned.

Also known as Idiot’s cake this simple but tasty food was one of the civil war era foods that gained rapid popularity amongst soldiers. Although not as common as the other foods, this deep-dish, dark brown float of biscuit-like objects in a thick cinnamon-raisin sauce was often found in packages soldiers received from home. Since it was easy to put together from a readily-available ingredient, it was said that even an idiot could make it, hence the name of the food.

Preparation: Boil together the first 5 ingredients. Make a batter of the second 5 ingredients. Drop the batter into a greased pan by spoonfuls. Pour first mixture over it and bake in a moderate oven until golden brown.

This was another wildly popular civil war era foods and it was often eaten by Civil War soldiers fighting for both the Union and the Confederacy. This threat was made from Horehound (Marrubium vulgare), a sturdy plant brought to America by settlers. Horehound candy was not only a sweet indulgence, but it was also used as a cure for stomach aches and sore throats.

Preparation: Mix the horehound tea or extract with the sugar and boil until it reaches 300°F. Once it reaches the hard crack stage of candy making, allow it to cool for a few hours before braking it into small chunks of candy. 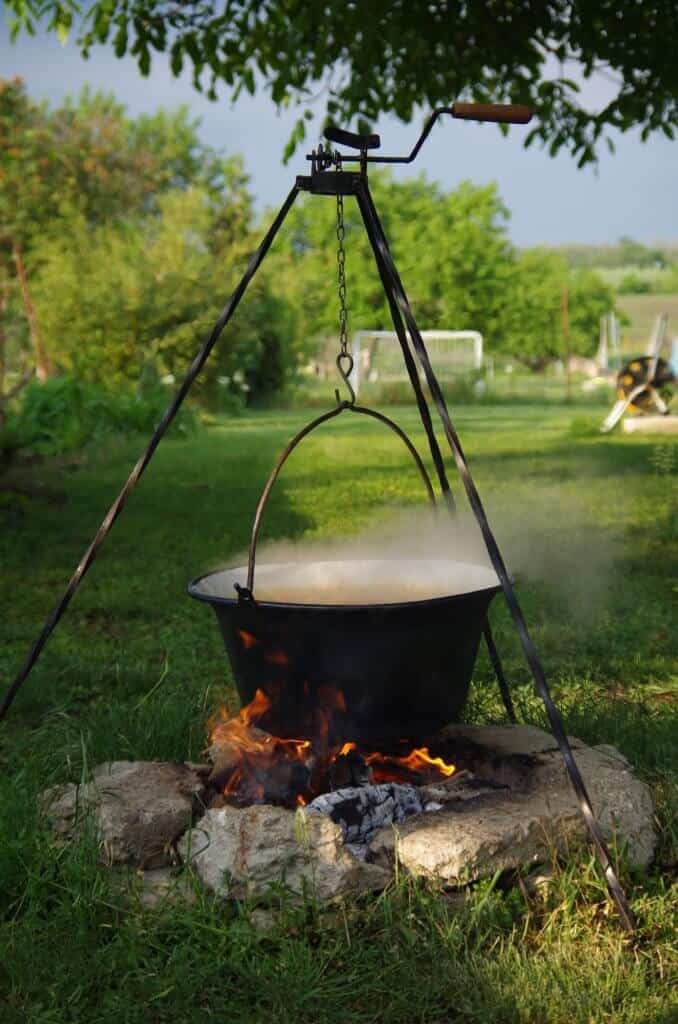 Many recipes of civil war era foods were lost to time while others (like this one) are hard to make since there were vague details about the quantities needed to prepare the dish.

The exact proportions are not known since it was a taste to see if it’s good to eat recipe.

Preparation: Cut up salt pork into chunks, fry in cast iron pot. Slice, not chop, onions and cabbage. Fry these in a pot with salt pork. Add stewed tomatoes to make a stew. This will cook down, so you will need to avoid burning the dish. Add spices to taste. Add slowly and a little bit at a time, the taste will blend the longer it cooks. Cook at a very low heat for 4-5 hours. Taste at least once every hour so you can tell if you need more seasoning.

Pemmican is a nutritious, preserved food created by the women of Native American tribes. The term Pemmican is derived from pimii, the Cree-Chippewa word for fat. Pemmican consists of a mixture of cooked, dried and shredded buffalo meat, or fish, which is combined with melted fat. The pemmican was tightly packed into a bag made of buffalo skin and used as a convenient type of long-lasting food.

Although not as common as the other Civil War era foods, pemmican was also available for the soldiers and there were many debates regarding the taste of this food. Since the quality of the meat used for making pemmican was doubtable as it was rumored to be made of rotten old dried beef and the refuse of soap factory soldier often joke about their pemmican lots. They were feeding it to rats and if the rats lived, they would become confident enough to consume pemmican.

Preparation: Procure meat as lean as possible and double grind it using a meat grinder. Spread it out very thin on a cooking sheet and dry at 180 degrees F for at least 8 hours, until the meat becomes firm and crispy. Pound the meat into a nearly powder consistency using a powerful blender or another tool you have at hand. Grind the dried fruits. Heat the rendered fat on a stove at medium until liquid. Add liquid fat to dried meat and dried fruits, and mix in nuts and honey. Mix everything by hand and let it cool before storing it in your pantry. You can store it and be consumed for several years.

Related article: How to make pemmican – the survival super-food of our ancestors

Watch the video below to discover the survival secrets of our grandparents:

Although weapons and shelter were of the highest importance to the soldiers during the Civil War, food was a survival necessity. The recipes for the civil war era foods listed in this article are a perfect example of how humans can help themselves get by during their struggle to survive. Why not try to make some of them yourself and let us know what you think of them in the comments below.