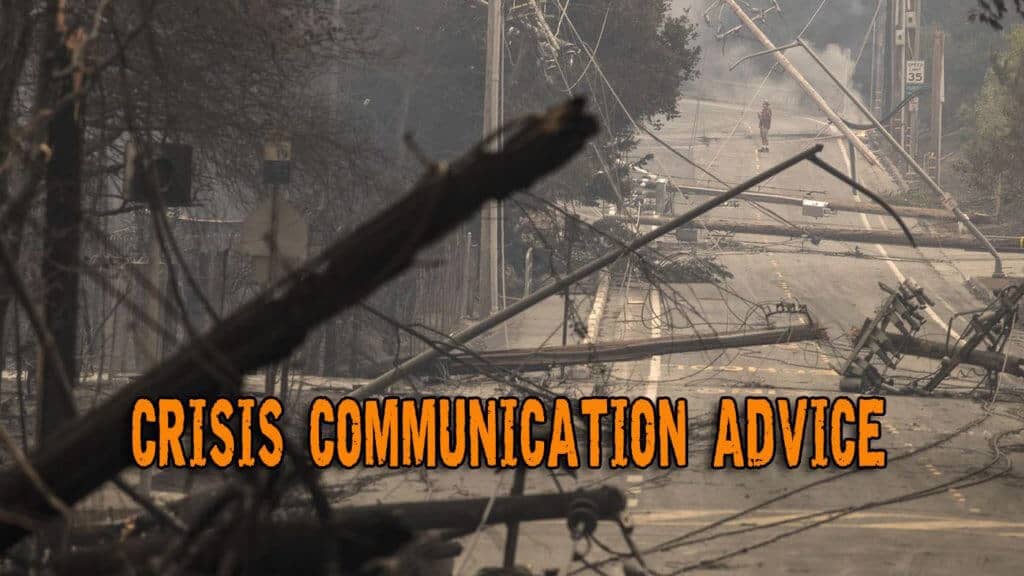 Not very long ago (hardly a handful or two of years back) our communicational availability was a quarter (or less) of what it now is. If you could not reach John Joe on his kitchen phone and he didn’t come to the door when you knocked, well, you just figured he wasn’t home. Boy how times have really changed and nowdays it seems that communication is easier than ever.

I have been “off-the-grid” for quite some time now (absolutely no use of a personal cell phone, is essentially what I mean by this), and the biggest, most common question I get is “how can you live without one?”.

We have become (at a relatively fast pace) a society that is nearly entirely reliant on their mobile devices. Twenty-five to thirty years ago, even the theory of this was an absurdity.

We are seemingly locked to the hip of our modern day cell phones (some like think that’s vice versa, be we all know what is really going on here).

The vulnerability of the Cell Phone

The truth, however, is that these cell phones that answer all questions, help us cook Thanksgiving dinners, destroy our brain cells with apps, and keep us in touch with our loved ones are even more vulnerable than we humans are.

If you have been skating through your SHTF prepping, but have not considered just how (vulnerable) your everyday device is to a multitude of things, well you may have a real serious problem on your hands.

Cell phone towers have, since their (short time ago) beginnings, have worked much like the electrical grid. Meaning if the AC power running the cell tower (which makes up a cellular grid) is suddenly cut, then the operations shut down.

Granted, most towers do have a backup generator system, but these are the most temporary resolution, as they will only back it up for a very short period of time.

With climate change and other alterations to the workings of the world, we can see a driven increase in the recurrence and severity of intense weather. This will only continue to increase the likelihood of more and more outages.

(The cell-grid industry is investing in technologies that will help get the electrical system back up and running sooner, and we have absolutely no idea what the future may hold). That being said, in the case that the grid does fall for any amount of time, it is best to be ready to counteract.

Most cell towers are easily considered defenseless against physical attack (not only including storms…but a slew of other “attacks” included). Cell phones also operate using satellites, which can unquestionably be affected by hackers or solar storms while they circumnavigate the space around Earth.

During Grid-Down, Do We Have Any Communications Options At All? Seeing as to how we’ve already mentioned just how unreliable, inescapable and easily confounded, it would almost seem as though we could deem them as throwaways if the grid ever fell for any serious amount of time. However, with advancement in today’s technology, there may be an available resolution: goTenna.

goTenna will grant you the ability to continue to send text messages and receive GPS information. It pairs using Bluetooth to your phone while using 151-154 MHz radio to convey and receive messages outward and inward.

As seemingly outdated and useless in day-to-day life as this device may seem, it withholds extreme eminence in a post-SHTF scenario. The number one feature to most crank radios is their small size; it can typically be conveniently stuffed in your pack with other gear. Crank radios generally come with a built-in flashlight, USB connection for mobile device chargers, and even solar charging capabilities.

The crank radio enables you to listen to the local/national news broadcasts so that you can remain informed on just what is happening around you. The NOAA has advanced radio frequencies that are really constructed to last. There are over 120 local weather forecast offices, and they issue hundreds of thousands of weather forecasts across the country.

Along with the options of an emergency radio, crank radios have access to AM/FM radio frequencies too. A few types can even let you listen to shortwave frequencies, which are typically more localized.

Not necessarily the most ideal tool for communication (at least not at this point; however, we don’t exactly know what may happen post-apocalypse, but one thing’s for sure, there will be a ton of old, now considered junk electronics laying around).

The biggest issue with using a CB radio is the evidence of their range; it is quite short. This is because the CB radio is limited to a 5 watts input making it around a 4 watt put out. This means that, depending on the range of the landscape, you will only be able to reach another radio if it is within a handful of miles (give or take).

Keep in mind, as mentioned before, in a fallout scenario, any handy electrical device laying around may be scrounged up and used to convey messages. Keep an open mind!

Satellite phones can make for some damn shtf comm devices. The only downfall of this device may be its cost. They can be pricey, but if you find some spare prep money on your hands, a satellite phone can be a vital purchase.

In the case that satellites have remained up in a post-apocalyptic state, these will prove to come in very handy. However, solar storms have caused satellites to go down before, and you can bet your ass that it will happen again.

This is the gear that has practically replaced the CB radio for many. FRS and MURS radios are available for a fairly low price and do not require that you have an FCC license. Their ease of use has made them superior to the CB radio. However, they have many of the same limitations; including range.

To operate a true GMRS radio, you will have to obtain an FCC license. A GMRS radio can give you the ability to tap into a repeater; this alone may allow you to further your range by hundreds of miles. GMRS radios are allocated to function at higher power than most radios on the market.

This may be considered one of the best emergency communication systems available. It is also one of the most in depth. There are a multitude of different search and rescue and emergency groups that rely on the use of HAM radios.

The HAM radio works like a scanner; it scans and loops through any frequencies you command it to, and it stops when an outsider transmits. Many informational sites will direct you to which emergency radio frequencies you should keep in mind. Many of these will not allow you to transmit, but they will extremely useful to monitor in an emergency situation. Putting this list together on paper, and stowing it away with your prep gear is more than a good idea; it should be done immediately.

I highly suggest checking out some Amateur Radio books that are available all across the web. It is an estimable practice to learn and could be your saving grace when the SHTF.

After doing a small amount of research, you will quickly learn that it is best (whether you go with “general” or “extra”) to obtain a license to operate on HAM radio. In a non-crisis situation, the FCC could come after you hard if you happen to transmit on a frequency that is considered restricted.

There are a slew of stealth-operated amateur radio options out in the world, and they are also worthy of looking into.

It is suggestable to try to get into the world of HAM radio and to practice and gain good equipment, well before shit actually hits the fan. It could potentially be one of the best endeavors of your life.

Related article: What You Should Do Within 60 Minutes After SHTF

Here we have discussed several well-known methods of communication in the case of a major grid fall. It is important to do individual research on each subject to obtain enough knowledge to carry you further in your prepping.

Sit back and really try to imagine a grid collapse. What would your family do to stay in touch? Would you be ready to lose the cell phone and resort to a different method of conveying your messages? Would you live without that alleged Holy Grail known as a cell phone?

The best way to prepare for a grid down scenario is to come up with a surefire emergency communications plan before anything ever goes awry.

Always keep your head in the game, preppers!