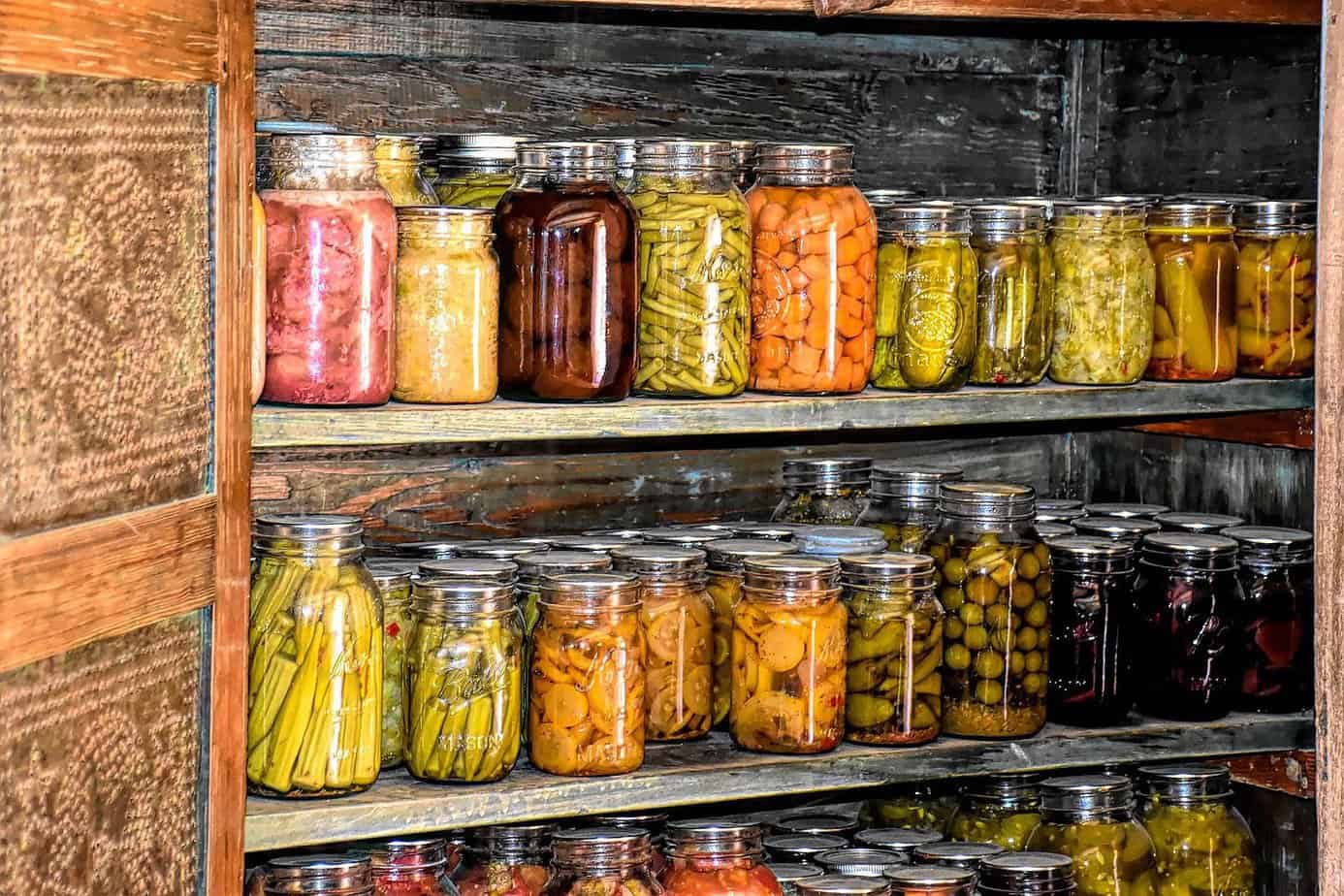 Long before refrigeration kept our food fresh, people depended upon root cellars to secure their food for the long winters. Although they’re not as common now, in a time when panic shopping can clear a grocery store, this is just when you could use one.

After my father-in-law retired from his cattle ranch, he and his wife Eva jumped into new property and agricultural endeavors, including building a brand-new root cellar for their homestead. After establishing the basics of a home and shop, they built a root cellar situated within a nearby hillside a mere 24 yards out the back door. It’s right next to their garden, and it’s easy for his wife to run outside to grab whatever she needs for meals.

Built into the hillside, the main 12-by-16-foot structure can be reached through the 10-foot-long alley leading into it. Two doors on each end of the alleyway seal out the elements and keep the environment within the cellar stable. Built with 8 inches of concrete the entire way around, the roof is also buried, which adds additional insulation. 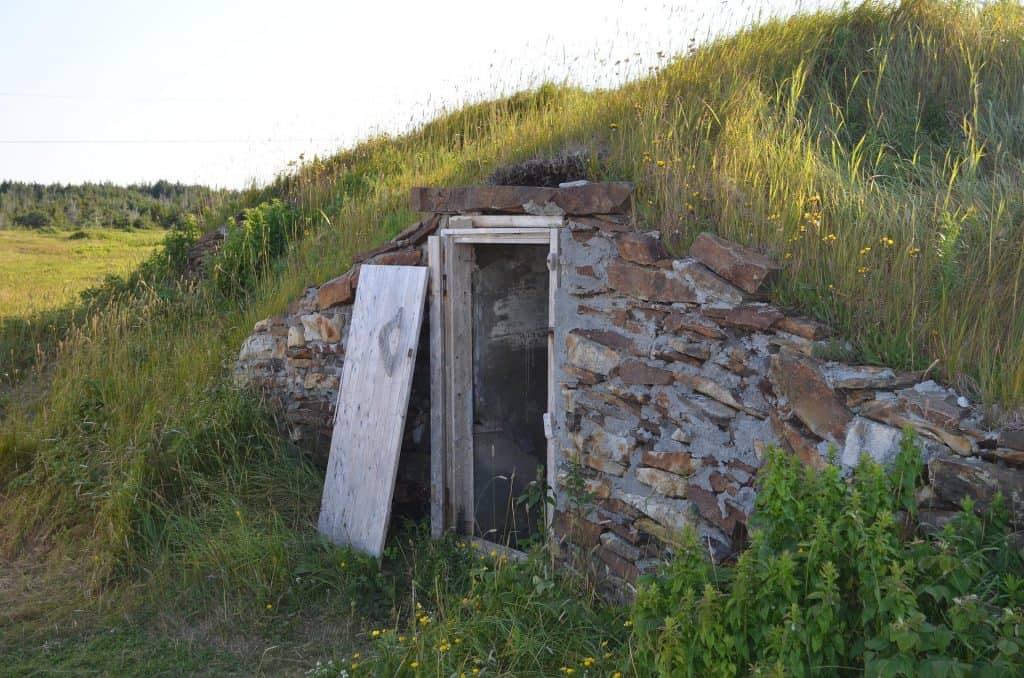 On the inside, he ran power to the cellar and installed 14-gauge sheet metal to finish the ceiling. The pea-gravel floor is easy to maintain, and shelves line most of the walls with a hutch on one end, making it a more versatile space.

He says that their biggest surprise was how long it took for the root cellar to cool down. She says it was hot weather when the structure was poured in July, and since additional heat results from the chemical reaction when cement is mixed with water, particularly in warm weather, it took a long time for the concrete to cure and cool.

Even so, by the time the weather chilled in the late fall, it brought the cellar down to the proper temperature. It was 36 to 38 degrees all winter, and they also took advantage of the extra space to store food from their homestead, along with extras they purchase from others. So far, it is a smashing success.

“We put two boxes of apples in the cellar at the end of August,” says Eva. “In December, there were only two bad ones. The rest were crisp.”

To preserve their apples, Eva says she wraps each one in newspaper. By not allowing them to touch each other directly, she prevents contamination if one spoils.

When storing for the long term, she inspects each one for bruises or blemishes, keeping only those that are in perfect shape. She wraps them individually or at least spreads them out, so they’re not touching each other.

Since apples are known to give off ethylene gas, a plant hormone that encourages ripening in fruit, experts have long cautioned to keep them away from potatoes, cabbage, squash, and other vegetables to maintain their quality.

While this might be an issue if they are side by side, if precautions are taken, such as wrapping the apples and storing them away from the other produce, there shouldn’t be a problem.

When putting her spuds away for the season, Eva is careful not to bruise them. She says, “Potatoes are best stored in burlap bags,” since the sunlight will cause them to turn green and inedible.

Potatoes are easy to access in bins below the shelves. “We’ll have potatoes until the next crop. We saved even the tiny, baby potatoes,” she says. “They kept really well through the end of April.” 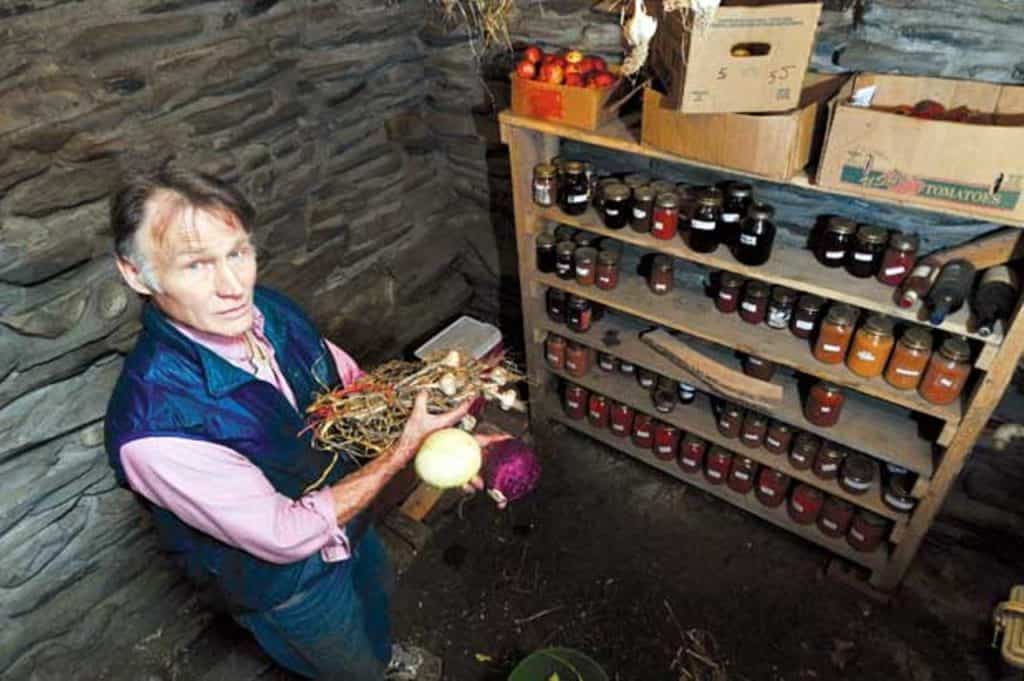 “I value mine more than my two refrigerators and pantry,” says Anne, their neighbor, who added a root cellar to the plans when they rebuilt their home over 30 years ago.

As a general rule, the optimum conditions in a root cellar have a temperature range between 32 and 40 degrees Fahrenheit with 90 to 95 percent humidity.

While there are exceptions to these parameters, they keep most of the fruits and vegetables we harvest from our gardens fresh for the longest period of time.

Obviously, keeping a thermometer and hygrometer in your root cellar is the easiest way to monitor the temperature and humidity.

“Our cellar is constructed all of concrete: walls, ceiling, and floor. It is accessed from inside the house via the basement off the lower level of the house,” Anne says. They also have a separate stairway leading from the garage to the cellar, making it easy to bring in produce without tramping through the entire home.

“The room is 10 by 12 feet with a 7-foot ceiling. For ventilation, there are two 6-inch PVC pipes to the outside on opposite ends of the room. Sometimes, in really cold weather, they are covered to keep the produce from freezing,” she says. Providing ventilation is one means of controlling the temperature and humidity in the room while allowing natural gases, such as ethylene gas produced by apples and other fruit, to escape.

For Anne, who for decades has grown an enormous garden that has supplied fresh produce for her family and friends and yielded enough for her to sell at the local farmers’ market, it would be practically impossible to store everything she harvests without a root cellar.

She stores potatoes and carrots, apples, potted geraniums, and calla lily tubers. I can store extra produce that I have purchased from the store most of the year. Wine and beer store well, too. She has plastic bins that store flour cereals, beans, and rice.

Anne firmly believes that produce is best stored clean to reduce the potential of bacterial contamination and spoilage.

“I have found that washing carrots and potatoes is a must. The carrots are stored in plastic 10- to 12-gallon tubs with layers of newspaper separating them. The tub should not be more than half full. I have kept carrots this way for more than six months,” she explains.

She even uses the area outside of the root cellar room since there are some vegetables that prefer slightly warmer, drier conditions. “I store squash and onions in the stairway to the cellar, but I’m sure they would do okay in the cellar.” Cellar shelves are filled with her canned peaches, pickles, salsa, tomatoes, and a plethora of her seasonal efforts, which saves room in the kitchen pantry. It’s easy for Anne to run down and grab whatever she needs. 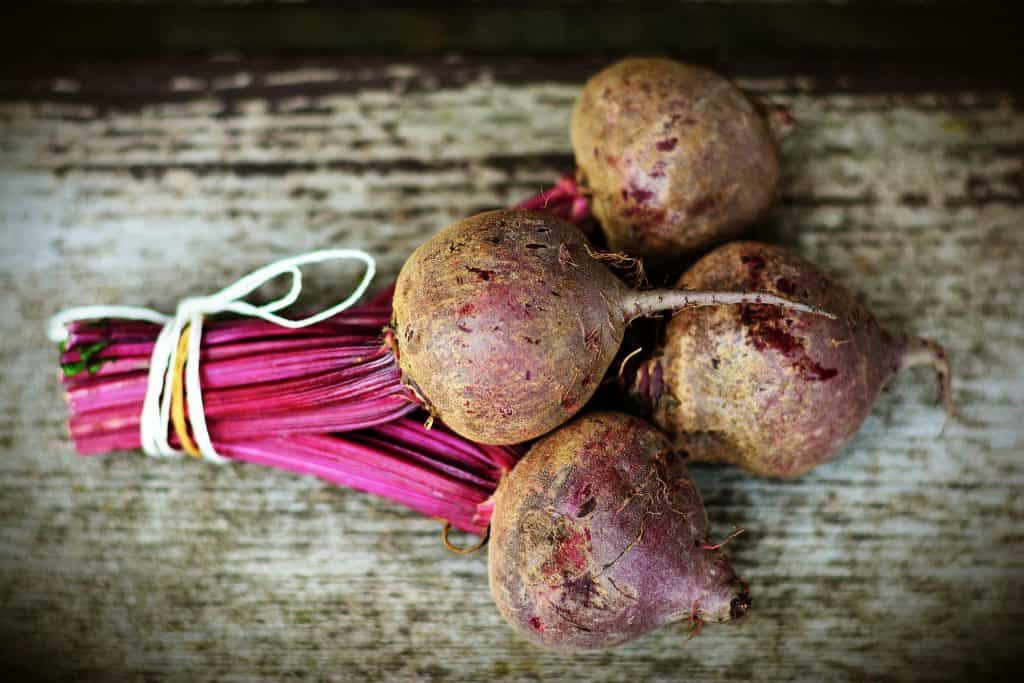 To store beets, brush the soil off the beets and trim the tops. If there is a small harvest, place them in a single layer in a shallow box. For larger quantities, they remain freshest when stored in a bucket or bin of wood shavings or chips, like those you might use in a chicken coop. (Some people use sand, but wood chips are much lighter.)

Place a layer of woodchips on the bottom of the bucket, add a layer of beets, then cover them with a layer of wood chips until you can’t see them anymore. Keep alternating the layers until the bucket is full. Add a lid and place them in the root cellar. 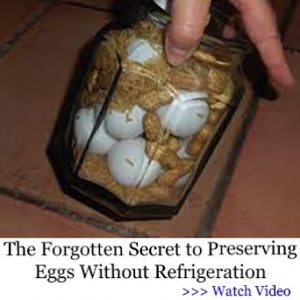 Garlic is another champion of long-term storage. After digging up the corms in the late summer, wash off the dirt and spread them in an area out of the sun with ample air circulation for five to seven days. After this time, trim off the tops and keep them in a basket. They should last until you harvest the new crop.

Winter squash requires curing to firm up the skin and concentrate the sugars for optimum storage. Leave winter squash on the vine as long as possible but harvest before a heavy freeze.

Like winter squash, onions must be cured to last the entire winter. Spread them out on a tarp or on large screens for roughly a week before storing them for the season. “The onions did really great,” Eva says.

Root cellars are good for more than produce

The root cellar is useful for more than the traditional garden produce. Eva says she keeps extra eggs from their prolific chickens as well as all of her canned goods or purchased supplies, which allows her to take advantage of sales.

Root cellars are invaluable. If there isn’t already one on the farm, it’s something to put on the list. “It’s pricey, but definitely worth it,” says Eva.

With a root cellar, it’s possible to be prepared for nearly anything, including a blizzard or unprecedented emergency where it’s better to have food on hand than to rely on a trip to the grocery store.