Man has been brewing beer for ages. In fact, some of the earliest written records were Babylonian clay tablets detailing how to make ale. Besides the fact that it tasted good, brewing beer and ale helped to sterilize the not-so-clean drinking water of ancient times. That’s right, beer started out as “health food.”

Today, we have safe drinking water, and beer is a commodity. Home brewing gives you charge over a recipe’s individual ingredients, allowing you to customize the flavor to your preference. Besides having a better flavor than most mass-produced offerings, home-brewed beer can be made at a fraction of the cost.

Quite often, prospective home brewers review the process and conclude that it’s too complicated. It’s actually not. If you can boil water and be sanitary, you can brew beer at home.

Like most hobbies, the gear needed usually accumulates as you become more involved, but a basic starter setup can be built for less than $100. Watch sites like Craigslist, and stop in at yard sales to get outfitted inexpensively. 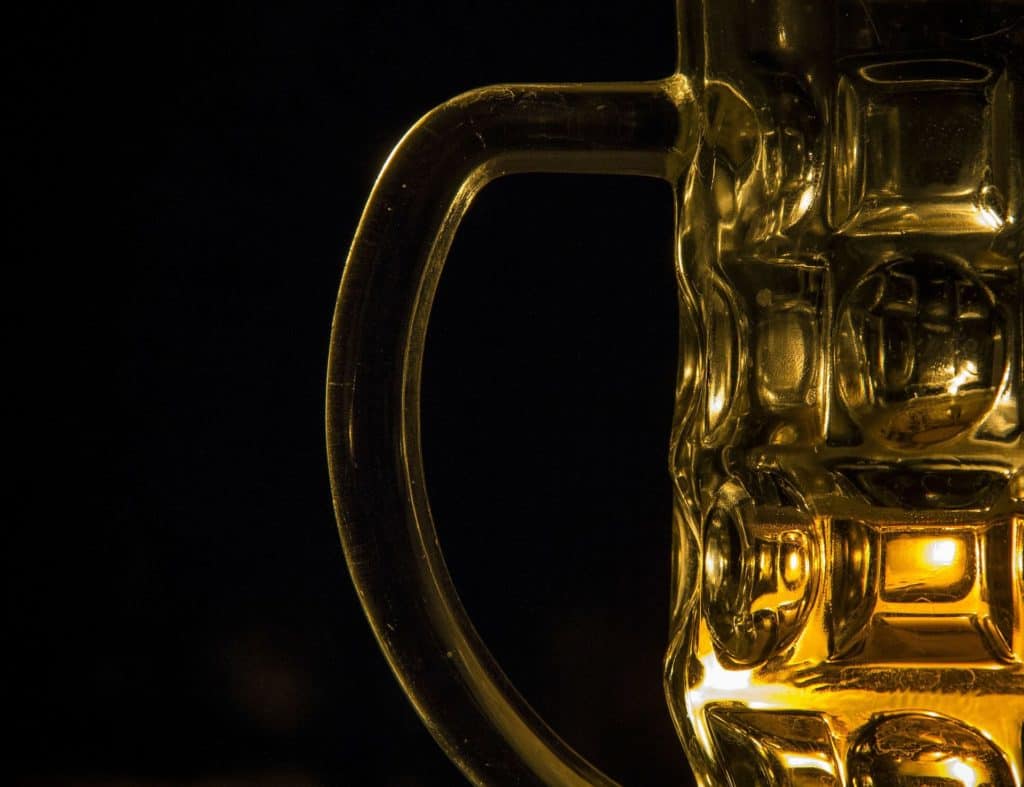 A home-brew kit is generally the best setup for beginning brewers because they include basically everything you need to make your own beer. Following is a breakdown of what constitutes a good kit or an inventory if you want to build your own.

A brew kettle is any large kettle that’ll hold enough volume (usually around 5 to 15 gallons) to brew a batch of beer. Look for something with heavy-duty, easy-to-grip handles. Stainless steel, enamel-coated iron, and turkey fry pots all will work. Some home brewers report that aluminum stockpots can give the beer an off-flavor.

This is the vessel in which the actual fermentation happens. Look for one with a tightfitting lid, preferably with a hole drilled for use as an airlock.

Once the beer is ready for bottling, you’ll need a bottling bucket with a valve at the bottom. Look for one with a solid, tight-fitting lid to prevent contaminants from entering the beer while you bottle it.

An airlock goes into the drilled hole of the fermenting-bucket lid. The small, liquid-filled tube allows the excess air generated during fermentation to escape the bucket while preventing airborne contaminants from entering.

A hydrometer is a sealed glass tube similar in appearance to a thermometer. By sinking it in beer or wort (more on that later) and reading the level to which the tube floats, home brewers can cross-check the desired readings to determine if the beer is at the correct stage of the brewing process. Hydrometers are also used to check alcohol levels.

Many stages in the home-brewing process are temperature dependent. By using an accurate floating thermometer, brewers can correctly time additions of hops or flavoring, check for proper temperature for the yeast to work, and monitor the temperature while the beer ferments. 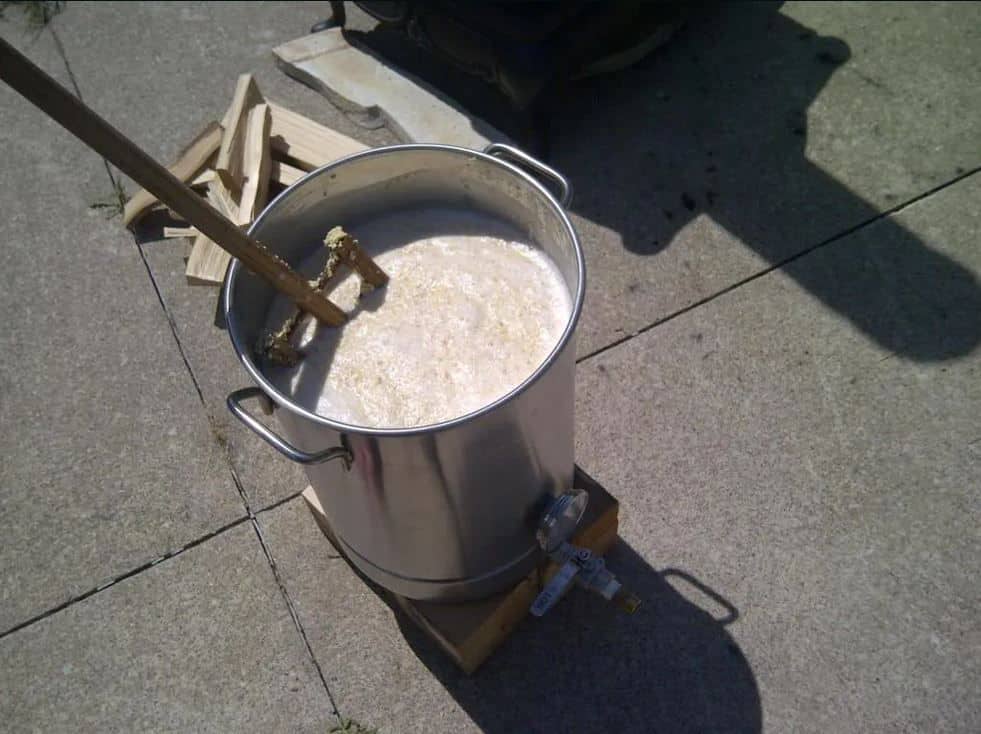 Many times during the brewing process, you’ll need to stir the entire batch of beer consistently from top to bottom. Heavy grain-mash must be stirred well to ensure all grain is saturated. A long spoon of heavy plastic or stainless steel is ideal for the task. Make sure it easily reaches the bottom of your brew kettle and that it has sufficient spine to withstand heavy loads of wet grain.

While many home brewers use wooden spoons, they’re more difficult to sterilize and can contaminate your beer if not completely clean.

You’ll need a way to transfer your beer from one bucket to another and a way to bottle it without introducing lots of air. A siphon kit uses gravity to easily transfer the liquid. Siphon kits virtually eliminate catastrophic spills.

Bottles, caps, and a capping tool 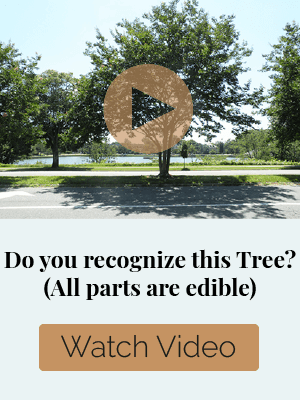 Once the beer has fermented, it gets transferred to the bottles to finish for one to three more weeks. While in the bottles, the yeast will continue working, releasing carbonation into the beer. Bottles should be dark brown to keep out light. They should be recappable, not twist-off style.

The caps should be clean and new. Look for oxygen-absorbing caps if you plan on storing the beer in the bottle for long periods. Cappers come in many styles. Most work on the same principle: Levers provide pressure to press the cap down and crimp the caps tightly to the bottle simultaneously.

A meticulous devotion to sanitation is a home brewer’s most important trait. Every single piece of equipment that contacts the beer has the capacity to introduce harmful bacteria. Avoid the “skunky” beer by sanitizing everything.

The best sanitizers are no-rinse styles that allow you to sanitize your equipment, pour off the excess, and then immediately use it without rinsing. The sanitizer leaves no traces or flavors in the beer.

Recommended reading:  Items You Should Stockpile For Proper Off The Grid Sanitation

Kits are the way most brewers begin. Available from scores of homebrew suppliers, there are kits for basically every beer style imaginable.

Starting from a kit means the malt extract is already made. Malt extract is the liquid left from boiling malted barley condensed to a syrup or powder. It contains the sugars the yeast needs for fermentation later in the process.

A handy tip when using a malt syrup from a kit is to submerge the container in warm water before pouring to reduce the viscosity and allow easier transfer from the container to the boiling pot.

As brewers become more comfortable with the process, many decide to make their own wort by adding malts of choice to hot (not boiling) water and steeping for a set amount of time, depending on the recipe.

After all of the grain’s sugars have been extracted, the temperature of the water is increased to 172°F in what’s known as a “mash out,” effectively stopping sugar extraction from the grain.

Whether it be a malt extract from a kit or a homemade wort from malted barley, the next step is to boil the mixture.

Most recipes call for a rolling boil of at least 60 minutes, although several calls for boils of up to 90 minutes. Until this point, the wort is sweet from the dissolved sugars extracted from the grain. 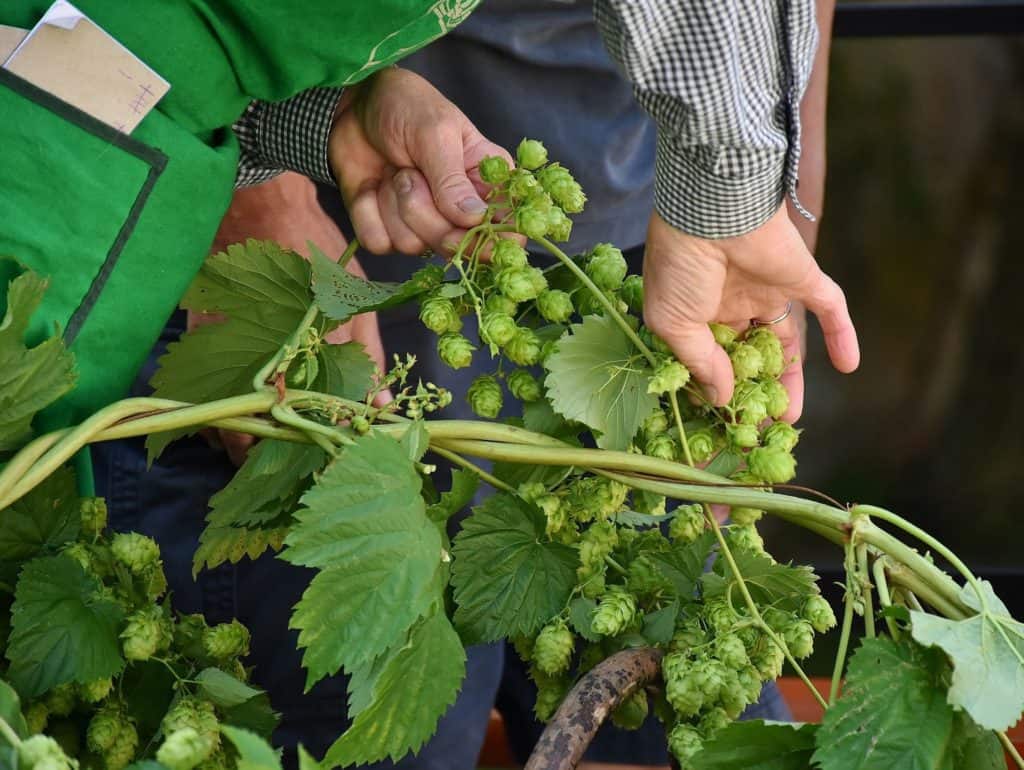 In order to give the beer bitterness, hops are added during the boiling stage. Care must be taken to maintain an even boil and prevent boil overs. Since the wort is sticky, boil-overs get quite messy. In fact, stovetop boil-overs are probably the leading reason home brewers move their boil operation outdoors.

At the end of the boil, many brewers drop a Whirlfloc tablet—available from any brewing-supply store—into their wort to help settle any particulates suspended in the beer.

Hops for beer brewing are the hop plant’s dried female flower. Besides adding bitter balance to the sweet wort, hops stabilize the beer and increase flavor and aroma.

Most recipes provide exact times for hop additions. Popular hop varieties for American home brewers include Citra, Amarillo, and Cascade, among others. Pelleted hops are also available from many home-brew supply companies. They’re more shelf-stable and can be substituted for dried hop flowers in most recipes.

Once the boil has finished, cool the liquid as quickly as possible. To do this, place the boiling pot into a large ice-filled sink. Experienced brewers often use an immersion chiller.

Immersion chillers are made of a large copper coil with a water hose attached at each end. The chiller is submerged in the boiling pot, and cold water is circulated from a faucet, through the copper tubing, and out the discharge hose located in a sink or collection vessel.

The heat from the boil is absorbed through the copper tubing and removed from the pot with the water. Again, sanitation is the key to successful home brewing. If using an immersion chiller, submerge it in the boiling pot a full 15 minutes before the end of the boil to make sure the outer surfaces are bacteria-free.

At this point, the boiled wort is ready for fermenting. Fermentation in beer is caused by yeast feeding on the wort’s sugars. These yeasts then produce alcohol as a byproduct. Fermentation can take place in either a fermentation bucket with a tight-fitting lid or in a narrow-necked glass or plastic carboy container.

Be careful not to introduce contaminants to the beer when transferring from the boiling pot to the fermenter. The siphon kit is the easiest way to make this transfer.

Once the beer is in the fermentation chamber, many home brewers add compressed oxygen to the brew to provide perfect working conditions for the yeast. Too little oxygen can result in stressed yeast and a bitter finished product.

Once the oxygen has been added, pour in the yeast. Yeast is a live culture and available in many forms from brewing-supply companies. Different strains of yeast can yield different flavors, so follow the recipe guide.

Many brewers start their yeast in a flask with water and a bit of malt extract to increase the yeast numbers, ensuring they have an active batch.

We learned over the years, and we now like to make a starter. We start our yeast before we start the boil, so it’s active and ready when we need it.  If we don’t see the right amount of fermentation after a day or so, we just add more yeast to the batch. 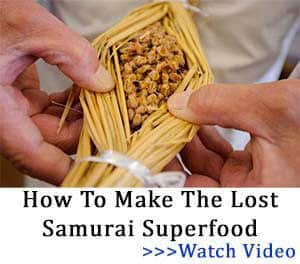 As the beer ferments, it emits carbon dioxide, which must have a way to escape the fermentation chamber. At the same time, no outside air can enter and possibly contaminate the brew. Airlocks chambered with liquid sanitizer allow the gas bubbles to rise through the tube and out the top but prevent outside air from entering.

When inserting the airlock into the fermentation chamber, it’s a good idea to spritz the outer surfaces with sanitizer to ensure a sterile environment inside the chamber.

We recommend temperatures between 48°F and 55°F for lagers, and 60°F to 72°F for ales. While the latter can be accomplished in a cool basement, we prefer using a modified refrigerator with a temperature-control unit for the lower-temperature fermentation.

A must-read: How To Make Flavorful Rice Beer At Home

Once your beer has finished fermenting, it’s basically flat beer. In order to provide carbonation, the beer must be bottle-conditioned or kegged. In bottle conditioning, the beer continues a low fermentation inside the bottle for four to six weeks.

Since the bottle is capped, the excess CO2 produced has nowhere to go, and the beer absorbs it, thus providing carbonation. Beer that’s been transferred from the fermenter to a keg can have CO2 added directly from a compressed tank, shortening the time until the beer is ready to drink to as little as a few days. 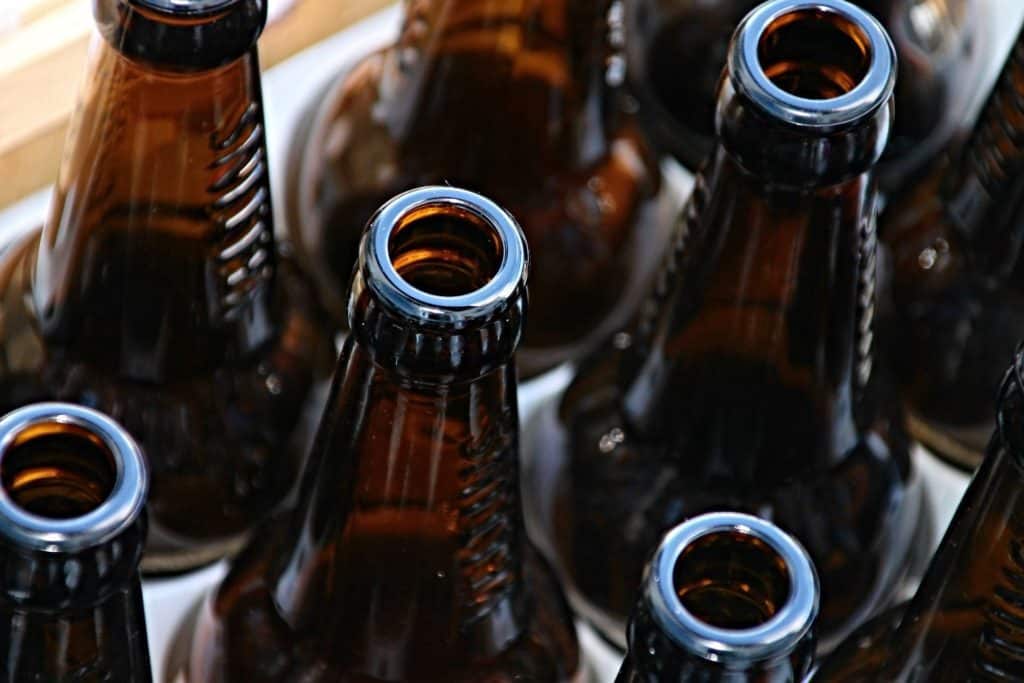 When bottling beer, the batch first must be transferred to a bottling bucket to which a small amount of priming sugar has been added. Priming sugar gives the yeast leftover from fermentation something to feed on while in the bottles, thus increasing the CO2 levels in the finished product.

Use dark glass bottles, or any material that prevents light from penetrating and has the ability to be tightly capped should be used for beer. Most home-brew supply companies offer various jugs, bottles, and growlers suitable for bottle conditioning. Use the siphon tube fitted with the bottling attachment for transfer from the bottling bucket to the individual bottles.

🍻 And so lives on the home-brewed beer tradition

Brewing beer is fun and rewarding. Not only can home brewers tailor beer to individual tastes, but they also can save money over commercially produced beer. Beyond that, home brewers can take pride in continuing a nearly 7,000 year-old tradition