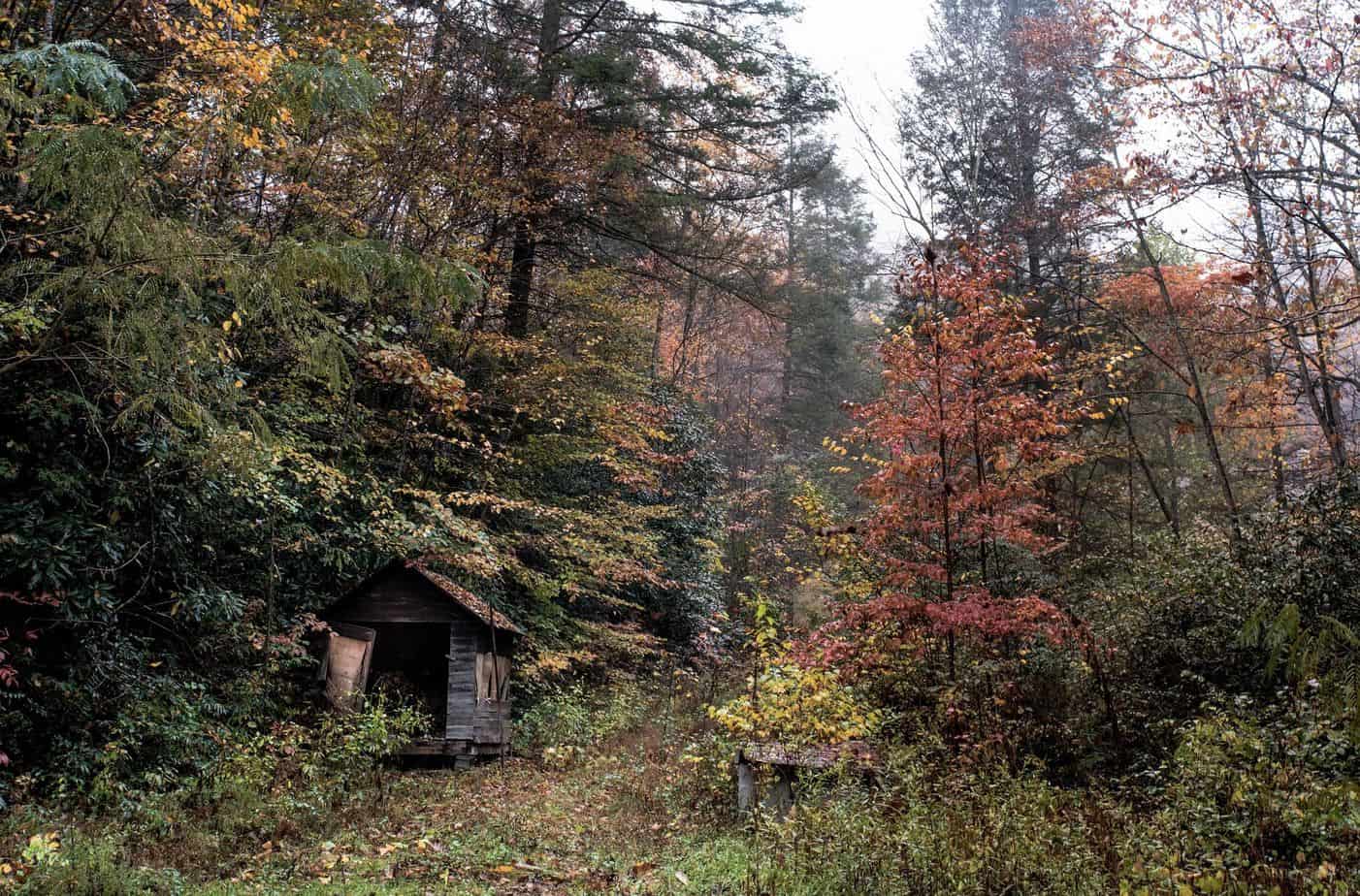 Living in the wilderness is not as easy as movies and TV shows portray it. In fact, becoming self-sufficient in the wilderness takes years of experience, and there are certain skills one should master in order to survive in the rugged outdoors.

I’ve lived most of my life outdoors: I’m a hunter and a fisherman; I’ve also lived the life of a farmer. When it comes to being self-sufficient in the wilderness, I’ve been around the block a time or two. It’s a familiar road, and I love it.

Few things beat knowing that you have the skills to survive in the backwoods. Self-sufficiency isn’t just for campers and survivalists. These are skills everyone should know.

The following ten tips will get you ready for whatever the wilderness throws at you.

We could write a 500,000-word book on hunting without scratching the surface, so I’ll keep this brief. If you’re in the business of surviving in the backwoods, it’s a mandatory skill. The first thing you must know is how to shoot a gun or bow proficiently. You can’t afford to head afield without being skilled with your equipment.

Opportunities to take game are precious and rare. Knowing how to scout for and locate the animal species you’re hunting is another invaluable skill. Learn the feeding, watering, and bedding habits of your prey for success. You must think like they do to kill them consistently. Hard work follows the kill. Gutting, skinning, and processing game takes time and knowledge. Learn how to do it.

If you lack hunting skills, spend time with a successful hunter since nearly everyone knows one. Simply ask if they’ll mentor you. I’m sure they’ll be happy to help. We hunters are a friendly bunch. 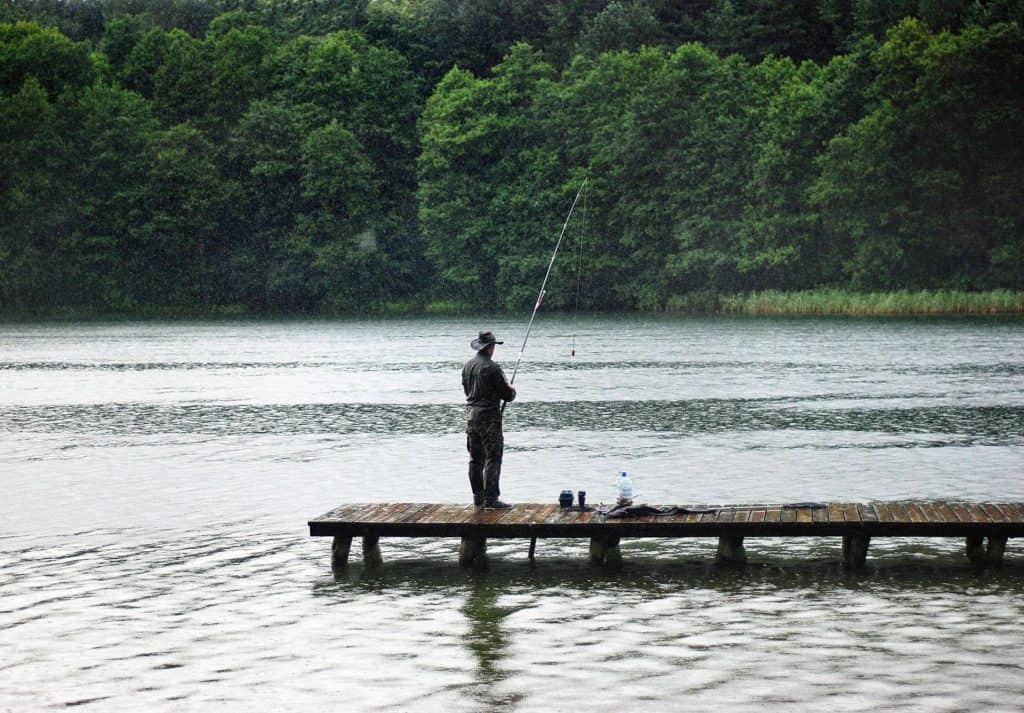 Pardon the cliché, but learning to fish is the gift that just keeps giving. Fishing tactics—even for the same species of fish—change throughout the year. To best accommodate survival needs, learn how to fish for at least one species of fish for each month of the year.

That way, you’ll always have the knowledge to catch dinner. Once you’ve mastered this—and that may only be a total of two or three kinds of fish—branch out and learn how to catch additional varieties. Always work to diversify your skills.

Clean drinking water is extremely important to survival and self-sufficiency. You won’t always have access to tap water, so you must learn how to purify water in the wild that hasn’t been pre-treated. There are several ways to do this, but the most popular and easiest way is to collect water, then boil it over an open flame.

First, collect water in a metal container, preferably a pot or kettle. Next, drive two sticks into the ground on either side of where your fire will be. Run another stick horizontally across the two you’ve just positioned. Tie the horizontal stick off at the tops of the vertical sticks using rope or string.

The rack must be sturdy enough to hold the weight of your water-filled kettle. If you don’t have sticks or string, you can also stack three piles of rocks in a small circle around the perimeter of the fire. The pot or kettle will rest on these three legs. Next, build a small fire and hang or set your kettle over the flame. Bring the water to a boil.

As the Center for Disease Control states, boiling water for one minute in lower altitudes kills all bacteria. If at an elevation higher than 6,562 feet, boil the water for at least 3 minutes to ensure purification. Carry a lightweight metal cup to drink from.

Jerky is a great food choice in the backwoods. It’s easy to transport and slow to spoil. It’s good meat for hardy backwoods people.

Start by freezing raw wild-game meat for 30 to 60 days. This will help suppress any diseases the animal might have had. Then, thaw the meat, cut it into small strips, trim the fat, season, and marinate overnight. Place the marinated strips in an oven heated to 160°F for about 30 minutes.

Remove and allow the jerky to continue drying in a dehydrator for 5 to 10 hours (at no less than 150°F). Check and change out paper towels as needed. You know your jerky is done when it bends and cracks apart. If it snaps in half, you’ve dried it too long, but it will still be edible in most cases.

Unrefrigerated jerky will last seven to 12 days, sometimes longer. For long-term storage, freeze what you won’t eat within the first couple of weeks.

This is a lost art, but it could save your neck during an unplanned wilderness stay. I separate these types of food sources into four main categories: plants, mushrooms, soft mast, and hard mast. Although many more exist, these are the easiest to find and identify for those new to foraging. 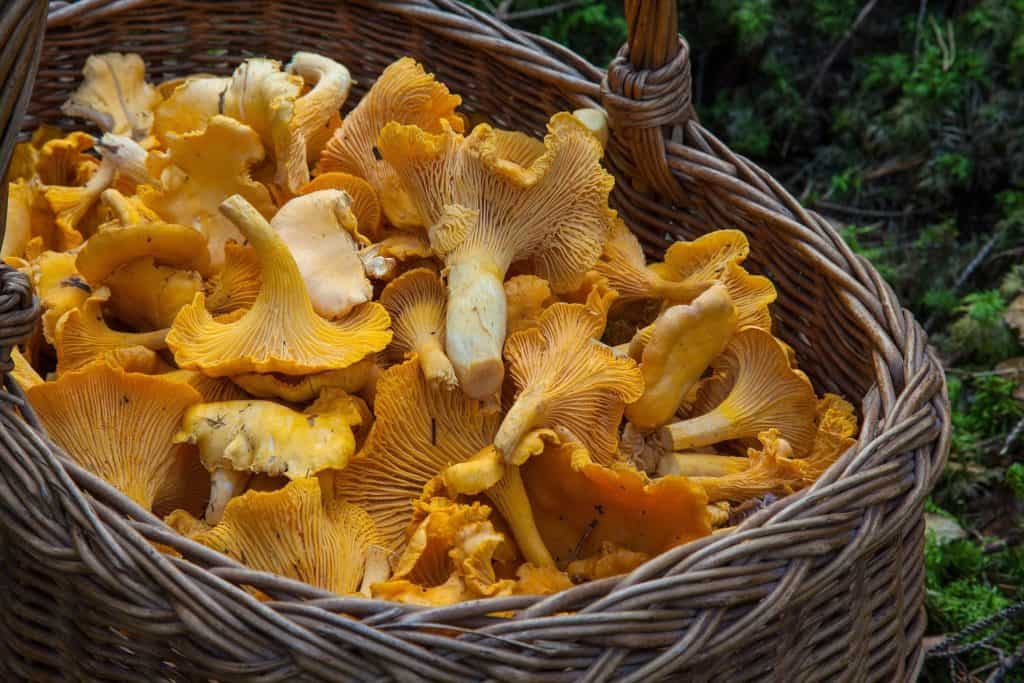 If you’re not proficient at identifying members of these four categories, I strongly encourage you to take a course. One misstep and you could eat something poisonous. On the flipside, you might pass up a useful food source.

This is one of the best things we can do in the backwoods. When societies began growing crops, everything changed. It’s what allowed economies to flourish and groups of people to settle in one place.

There are many benefits to growing your own food, from saving money to enjoying produce when supplies in more populated areas are scarce. Some of the best (and easiest) fruits and vegetables to grow are corn, beans, squash, melons, onions, turnips, tomatoes, and strawberries.

Growing a garden bolsters your self-sufficiency and puts one more tool in your kit for collecting food without going to the market. It’s hard work and doesn’t come without some sweat equity, but your labor will pay off come harvest time.

Humans would never have become as successful as we are without fire. Developing the skill to build a fire led to the development of many other abilities that have helped us thrive. To survive in the backwoods, we must learn to build a fire or seek out sources of heat. I always carry matches in the backwoods, and another great tool to have on hand is a flint and steel, which lasts much longer than matches and packs light.

I also carry a Mylar reflective emergency blanket. It keeps me warm if I ever hit hard times or just get cold. I don’t go to the woods without one. It’s helpful to know how to seek out heat sources. Some bodies of water are naturally heated, and perhaps surprisingly, caves are great sources of heat.

Cave temperatures generally remain static year-round once you get far enough underground. Knowing this and understanding how to take advantage of it can mean the difference between life and death.

Know how to curb blood loss and how to sew up a laceration, and always carry thread and a needle for this purpose. Being able to address these types of issues could save your life, or someone else’s in an emergency.

You must think seasonally when in the wilderness. Be aware of the time of year and what that means in terms of resources and supplies. Food sources change with the seasons, so wasting time and energy pursuing one food source when another is much more nutritious and abundant is a huge mistake.

Plan for the coming weeks and months by mapping out in advance which food sources you’ll home in on as you spend time in the woods. 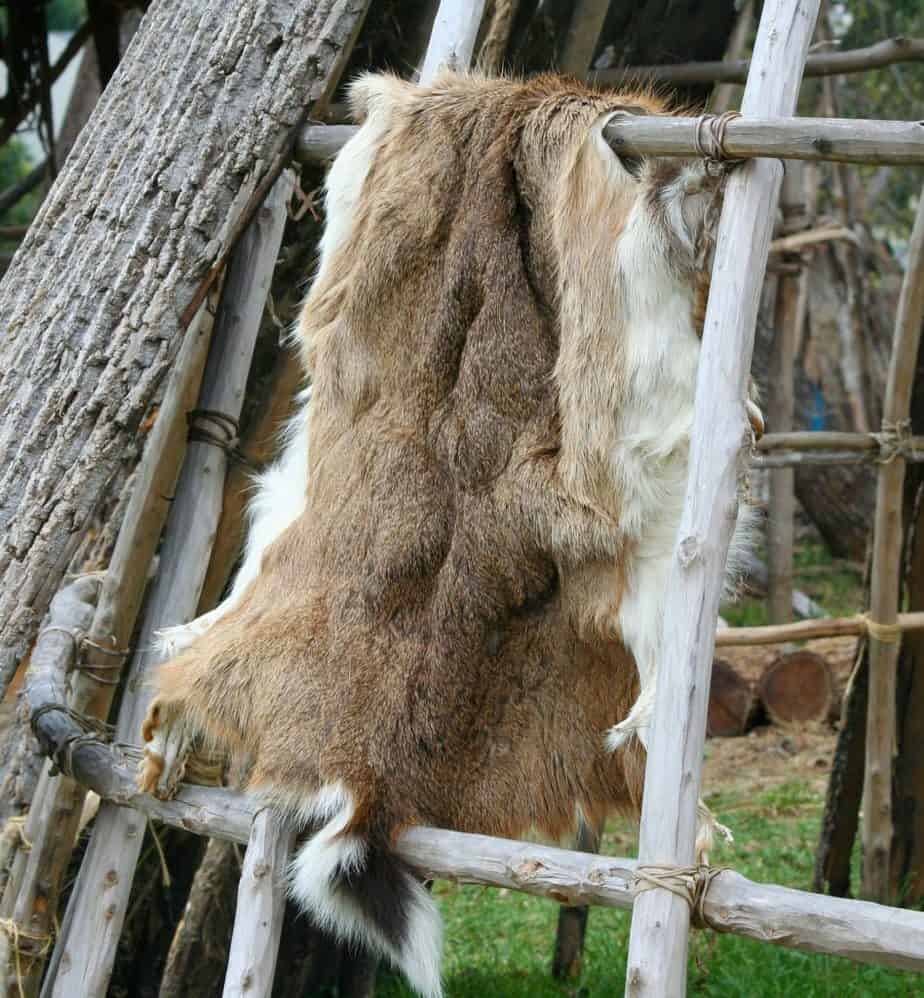 Never waste anything. Everything has a use in the backwoods. If an immediate use for an item isn’t obvious, stow it away for later. I guarantee that a time will come when the item becomes indispensable. Save the bones and hides from harvested animals; eat edible organs, like the heart, from game—use everything.

There are several obvious things you should carry with you, such as a weapon, matches, flint, and steel. Mylar blanket, metal container, and cup, sewing kit, etc., but there are a few more invaluable items to keep in your pack.

I never go into the woods without a knife, and I often carry two or three. You never know when a blade might break or a knife will be lost. Also, different knives do different jobs. so it’s useful to have several for multiple uses.

Carry a small saw. A short handheld saw can cut branches, which will come in handy when building shelter or simply getting something out of your way. Next on my list is rope, which is arguably one of the most Important Items to have in the backwoods. There are so many uses for rope that it’s downright unintelligent to head afield without one.

The next two essential items are a map and compass. Navigation can be almost impossible without them. Carry an emergency whistle. If you get hurt and become Immobilized, you must be able to signal for help. Also, know how to create an SOS by starting a large fire and throwing green vegetation on it to make it smoke.

Always be prepared to fight the unexpected since Mother Nature doesn’t play fair. You’re a guest, and you should learn how to collaborate with your host.