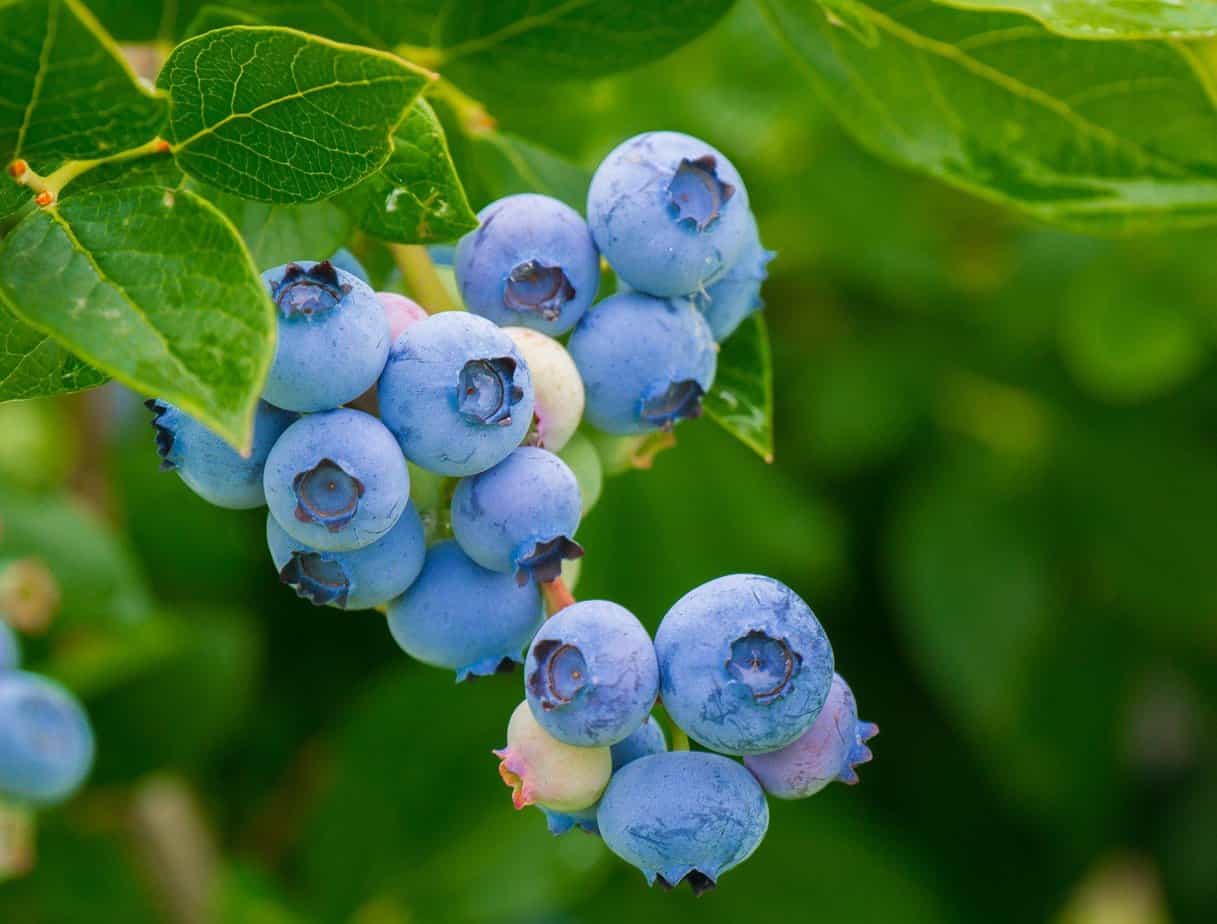 When we bought our homestead 11 years ago, we made a five-year plan that included fencing in half an acre, establishing a miniature orchard, digging a quarter-acre garden, and planting raspberries and blueberries. I finally got the berry patches planted about four years ago.

They died out by the following year. At first, I blamed it on the weather. But I soon came to realize that the cause was my own lack of common sense. I had chosen two spots for my raspberry and blueberry patches—one down by the road near the pine trees, the other up by the orchard.

These last two years, I’ve been taking care of my elderly parents and haven’t had time to replant the berries, but I’ve done my research and decided to share with you what I learned and how I’m putting it into action on my homestead.

First, the very best place to find accurate information about anything dealing with plants and growing them is on the website of your state’s agricultural university or your local Cooperative Extension Office. 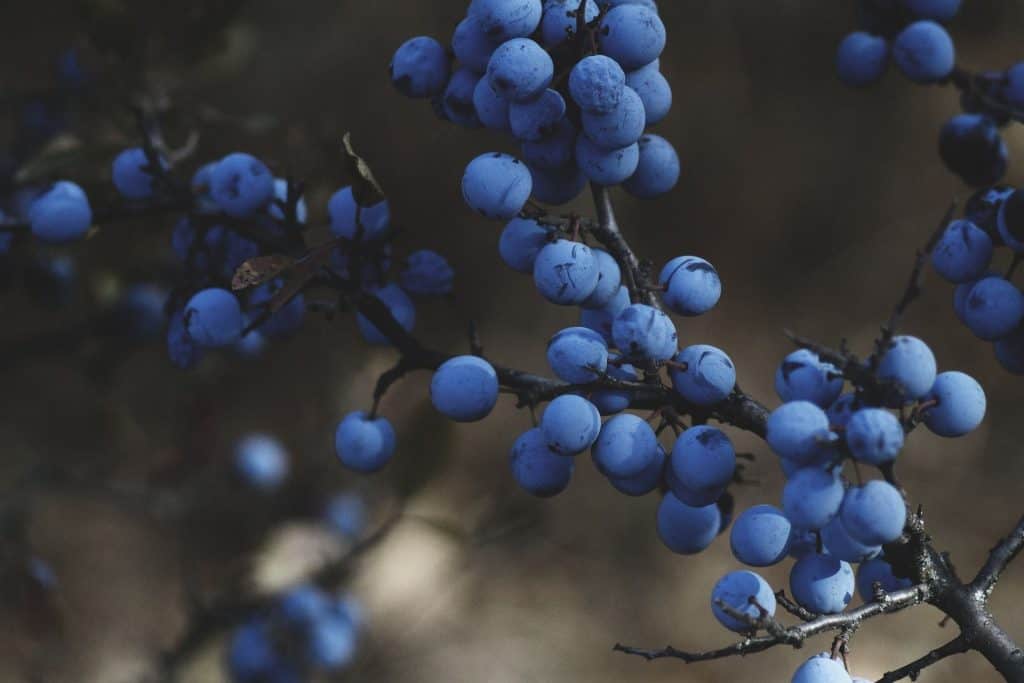 Perfect soil for blueberries has a pH between 4.5 and 5.0. To find out what your soil’s pH is, get a soil test done. If you’re not familiar with the term, pH is a measure of acidity or alkalinity on a logarithmic scale ranging from 0.0 to 14.0, with 7.0 being neutral. Under 7.0 indicates that the soil contains or has properties of an acid; over 7.0, that it contains or has properties of an alkali.

I learned that soil prep for a blueberry patch needs to be done a year ahead of planting. So, I immediately began to work up that plot. Blueberries grow best in moist—but not waterlogged—acidic soil that’s high in organic matter.

They have shallow root systems that are very fine and devoid of root hairs, thus making them very sensitive to soil conditions. They’re perennials, and they can live for 50 years or longer, so you want to prep the site right—work well-rotted sawdust or peat moss into the soil.

Depending upon the results of the soil test, you may need to add sulfur and phosphorus. These amendments take time to break down sufficiently for the plants’ use. That’s why you need to incorporate them into the soil in the summer or fall before planting the blueberries the following spring. Use either iron-sulfur or elemental sulfur; do not use aluminum sulfate on blueberries, as it can be toxic to them. 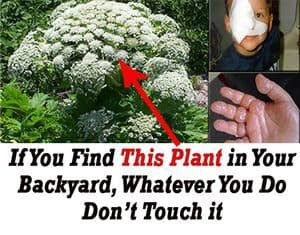 Get recommendations from your county’s Cooperative Extension Office about varieties that do well in your area and when you should plant them. My best planting time here in central Pennsylvania is during March.

When purchasing blueberry plants, two-year-olds are your best buy. They’re heartier than one-year-olds and less expensive than three-year-old or potted plants. Blueberries are not that self-fertile. To compensate for this, plant two or three different cultivars near each other that flower at the same time.

Cross-pollinated plants also produce larger fruit with better flavor. When you’re ready to plant, add well-rotted sawdust or peat moss to the hole, replacing half the soil. Place a blueberry plant in each hole. Water the plant, then finish filling the hole with soil. Mulch heavily with about 4 inches of well-rotted sawdust. Do not use fresh sawdust, as it will rob the young plants of nitrogen as the sawdust decomposes.

As soon as you’ve planted the blueberries, prune back 50 to 60 percent of the wood. Remove any flowers from plants for the first and second years so the plants can get well established. During the third year, a portion of the flowers can be retained. From the fourth year on, you can enjoy a full harvest. 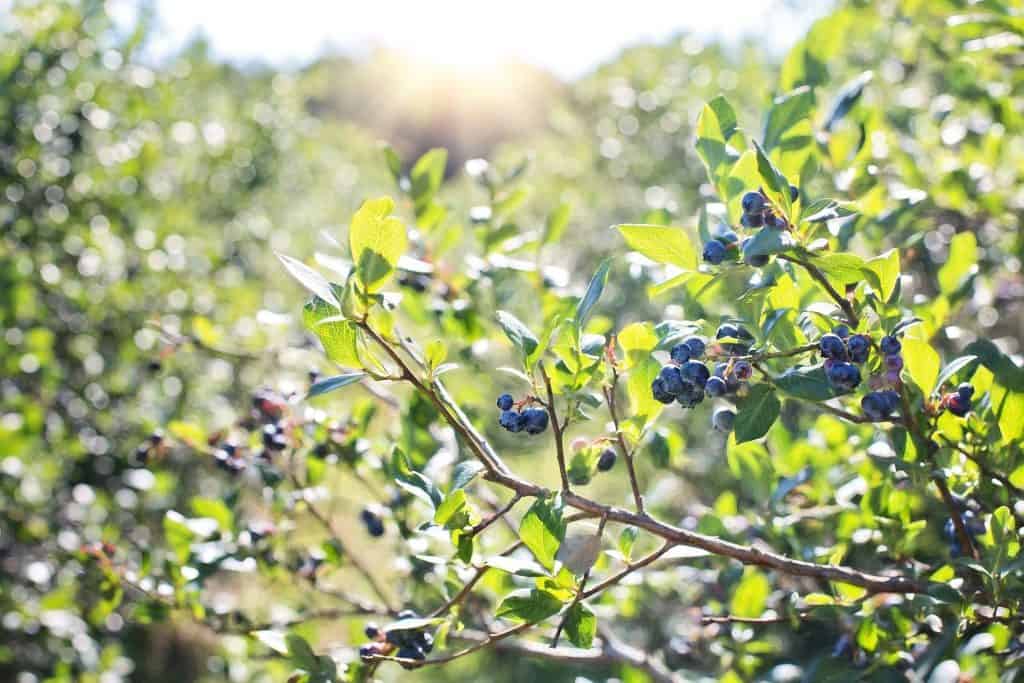 Do not fertilize with an inorganic fertilizer the first year because it could burn the tender roots. At year two, you may fertilize your plants with 1.5 ounces of ammonium sulfate per plant, applying half at bud break and the other half four to six weeks later.

For an organic approach, look for organic fertilizers high in nitrogen with sulfur that is sold as soil acidifiers. Whether you use organic or inorganic fertilizer, keep adding compost and organic mulch to improve your soil.

Prune your blueberries at the end of each year’s dormant period. For the mid-Atlantic area, that is usually in March. Again, check with your local Cooperative Extension Office to find the ideal pruning time for your locale.

When pruning, first remove small, spindly branches and canes that lie on the ground. Maximize light conditions within the plant by removing the centermost canes that are blocking the sunlight. Removing thin shoots (less than an eighth of an inch in diameter) and short shoots (6 inches long or less) will improve the overall quality of the plant.

A new home for raspberries 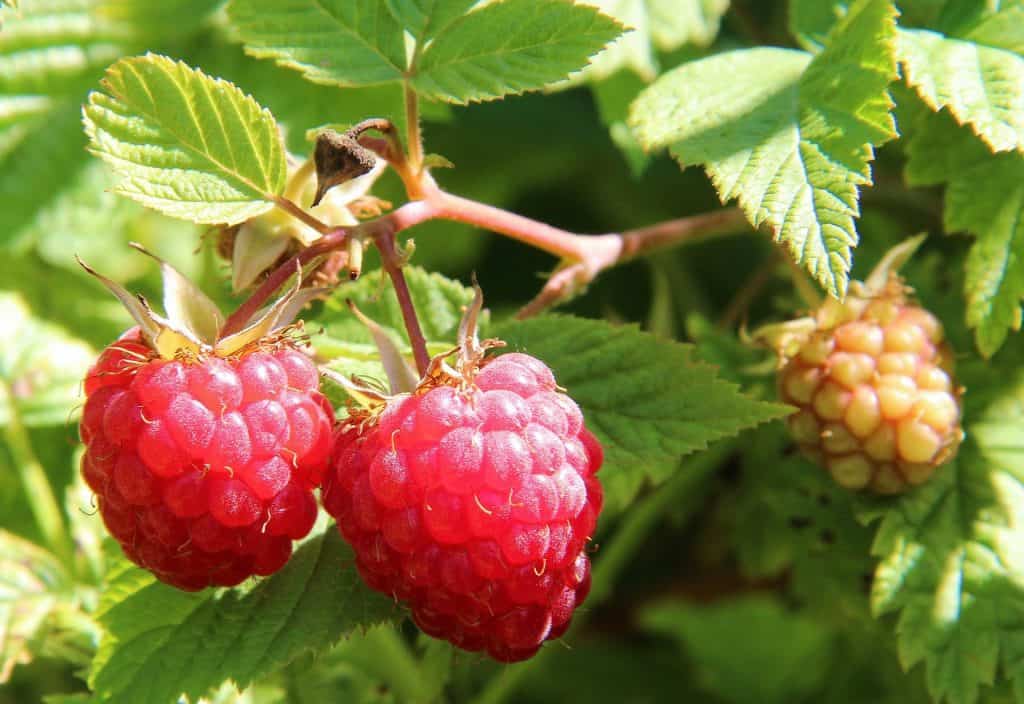 To correct the second part of my faux pas, I planted the raspberries where the blueberries used to be—up by the orchard where the soil wasn’t as acidic (they like a pH between 5.5 and 6.5).

Raspberries, blackberries, and hybrids of the two are generally referred to as “brambles.” Compared to blueberries, they’re easy to grow. Basically, all they need is well-drained soil, water, and full sun.

Select virus-indexed, tissue-cultured raspberry plants, and plant them in the spring in well-drained soil. Test the soil, amend it as needed, and prep it before planting. Fertilize lightly with a 10-10-10 fertilizer. Balanced organic fertilizers are readily available.

Never plant raspberries where tomatoes, potatoes, peppers, eggplant, or strawberries were previously grown because all are susceptible to verticillium wilt. 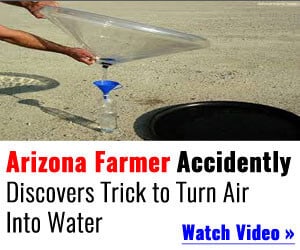 In the first year, remove flower blossoms from the plants to help them get established. Fertilize lightly in the planting year. For a 100-foot row, you would need no more than 2 pounds of 10-10-10 fertilizer. Administer it in small doses beginning at bud break and continuing into early summer; don’t over-fertilize.

If your soil test shows high levels of phosphorus or potassium, fertilize only with nitrogen. Do not apply it after late spring; that would push growth too late into the fall, possibly causing winter injury. Or, you can go organic by applying plenty of compost that contains coffee grounds and well-rotted manure.

Irrigation will help your brambles, particularly during fruiting. Drip irrigation or soaker hoses work best (1 to 2 inches of water per week; more during drought.) Your bramble canes will die after all the fruiting is done. Remove all dead canes.

March is the best time to prune in the mid-Atlantic states, but raspberries can be pruned any time after they go fully dormant. When the plants enter the dormant season, remove all canes outside the 12-inch width of the row. Thin to 6 to 8 inches between canes and trim the tops of the remaining canes to 48 to 60 inches. Retain the largest canes.

Again, for more specific growing info for your area, check with your local Cooperative Extension Office.

Well, there you have it. This is what I’ve learned through a combination of trial and error and, consequently, much research.

Irene Bonnan has written this article for Prepper’s Will.

Resources for preppers and survivalists: