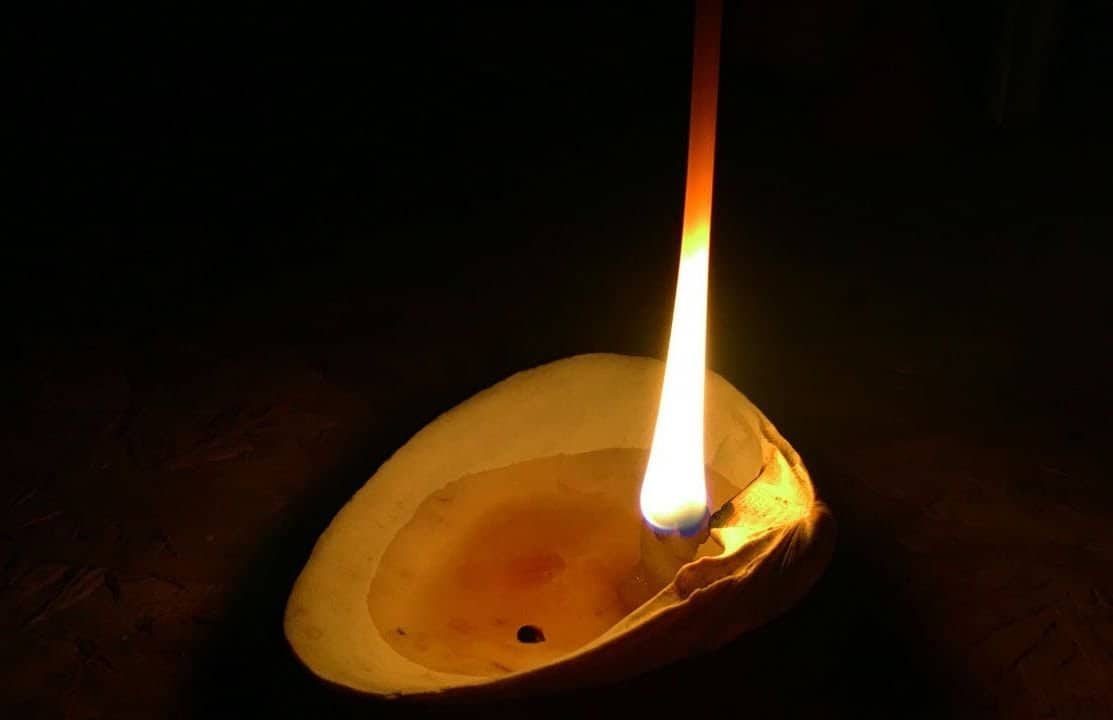 The fascination with fire, and its integral role in the success of the development of us as a species, continue to inspire and “spark” discussion across any campfire, and I am sure yours too. It’s a subject I never get tired of. It is easy to restrict thoughts on the subject of fire solely to the campfire, cooking, and warmth. However, fire also provides us with many other resources, one of which is light.

A brief history lesson on candles

Before we learn how to make candles in the wilderness, it’s mandatory to learn about the history of candles and how they helped our ancestors step out from the dark and discover new worlds.

Candles and lamps have been featured in the human story for thousands of years. From the earliest evidence of stone lamps containing fat dating back to 40 000 years ago in Europe, through the emergence of the first “civilizations,” candles that are still in use today, although usage has declined with electric lighting.

Scientists all over the world have argued that candles could have provided access to areas that would otherwise have remained untouched and that the campfire itself extended our ability to socialize for extended periods.

Historians proved that due to the locations and numbers in which fat-based lamps were found, they might have been more of a common homestead item than originally thought, not just appearing deep in caves, but at rock shelters, near fire hearths, passing places, and more.

It’s not all about fat lamps, though… moving away from Europe to America – burned fragments of bark-based torches bound with cordage have been found at Wyandotte Caves in Indiana. These were all found in areas where humans were removing Chert Nodules for tool making. Subsequent analysis of the cave has suggested human use from 8000BC. 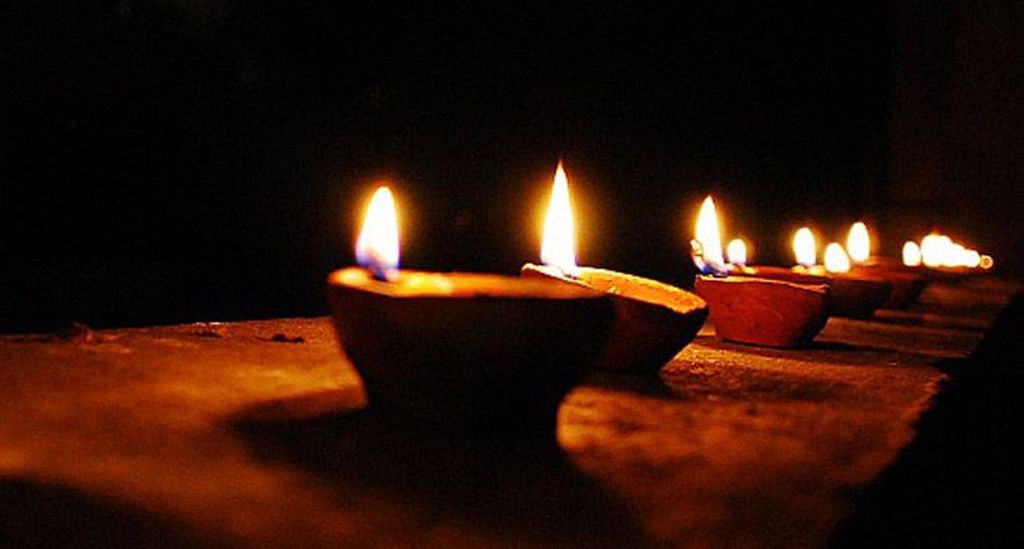 It, therefore, appears that throughout the world, candles/lamps/torches and the human story are linked. Through continued use in the wilderness, religious ceremonies, rituals, and for aesthetic reasons, the relationship continues.

With the central light from a shelter campfire, the bush candle enables you to migrate to and from the area in the dark, and some also provide protection from insects. A small, simple candle can warm an enclosed shelter and provide a more comforting natural light than allowed from a head torch.

In an extreme environment, its warmth and requirement for oxygen could be the difference between life and death. So from a wilderness practicality perspective, we can see it is a great skill to learn to make bush candles.

Candles are relatively easy to manufacture and use. Subtleties in the choice of candle, and the design you subsequently employ, can make a substantial difference to the efficiency of them. In this article, we are going to look at a variety of fat-based candles and some woodland material alternatives. 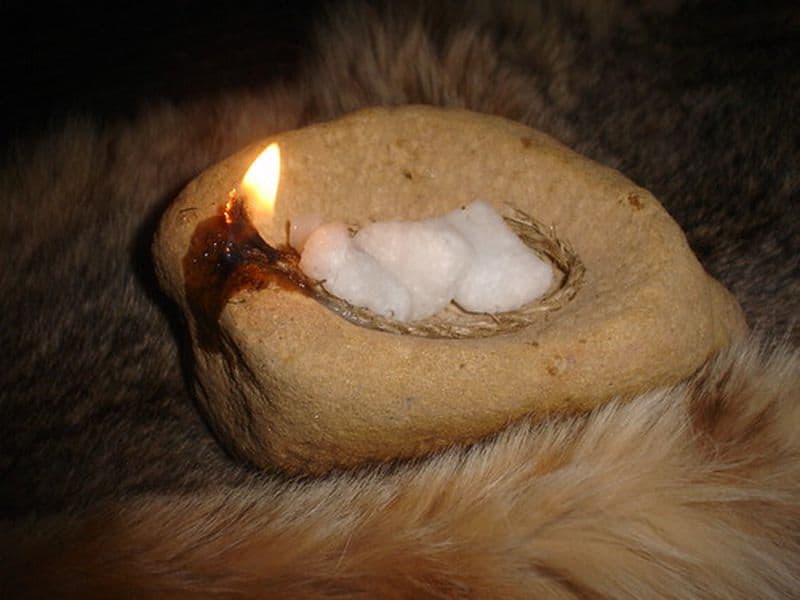 For your fat-based candle, you are going to want a container that will hold a suitable amount of fuel. As we have seen in the archaeological record, stone-based containers were used initially.

You will often be able to find a rock with a natural recession within, and so there should be little work to do. If you have to abrade away a depression, then it makes sense to abrade with a harder rock onto a softer one. 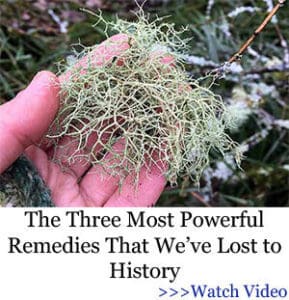 The key to choosing the correct stone is to make sure it will not absorb the fuel, that it will not easily conduct heat, and indeed that the fuel has nowhere to escape from.

You can use a stone just with an open depression and lay your wick along the sidewall; however, you may find that it will regularly extinguish itself without careful management.

However, you are not just restricted to stone. A shell works just as well, but you can also carve one from wood- the choices for a container are almost limitless. Take care not to let it conduct heat to burn you or the surface it is resting on.

Another alternative is to use rubbish – unfortunately, the human reach has made it to most corners of the globe now, and with that comes rubbish. Even deep in the desert, we find windblown rubbish – that rusting can of coke may make a good container itself!

For the choice of the wick, as long as it can draw the fuel up through capillary action or through absorption, you can experiment.

The wick does not burn away as long as there is enough fuel to keep it cool, the cooling action is provided by the evaporation of the fuel as it is warmed.

In terms of your choice of fuel, there are a number of options available to you. From a historical perspective, animal fats were found to be used. You will find that animal fats will provide you with light, but also a very distinct smell and smokiness. Vegetable oils can also be used, and they will give off more light with little smoke.

A similar type of candle can be made using a variety of bracket fungi. I have often experimented with a horses hoof fungi. Simply slice into the underbelly of the fungus to form a small flap in which to pour in vegetable oil. Keep stopping and restarting as you fill the fungus, you will find that the pores will soak up the fuel. Finally, insert your wick into the flap created and light. 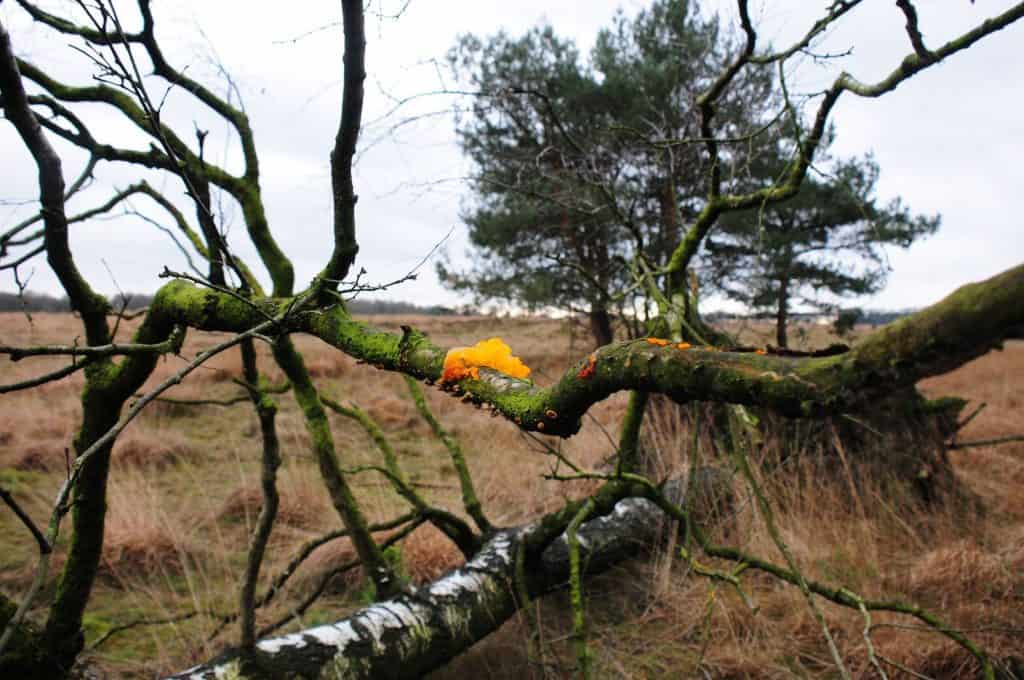 This type of candle relies on material that can be sourced completely in the woodland. Initially, you will want to select a long piece of green timber around the length of your shoulder to fingertip.

The exact length is not essential, but you will find longer will become unmanageable/top-heavy, and shorter can get quite warm to hold!

The diameter of the material is going to be dictated by your timber selection; however, if you harvest a section of hazel or sycamore, it should be nice and straight and just a little thicker than your thumb.

Next split the wood from the thinner end. The easiest method for splitting here is to place your knife across the timber section, ensuring it is aligned through the central growth ring.

With a secure grip on the handle of the knife, gently rock the blade whilst applying pressure equally to both the handle and to the spine of the blade with the palm of your other hand. I prefer to use my hand here rather than a baton as you have more precision.

It is very important to curve your fingers upwards on the hand placed on the spine to ensure that in the unlikely event of the timber giving way under pressure, your fingers are not placed in front of the cutting edge, and you can therefore bring the knife to a controlled stop.

Whilst applying pressure, you should feel the blade cut into the timber, and the timber starts to split. Continue with controlled pressure until the knife spine is flush with the top of the timber. You can now extend the split further by either twisting the knife left and right to extend the split a little way.

Note: if you were undertaking a longer split, this method will result in your split running off to one side, but for the purposes of this small split it is an appropriate method.

Or my preferred method is to move my left hand towards the tip of the knife and apply gentle pressure as this allows me more control. Please note the knife I used is specifically for this purpose. You may wish to consider an alternative method such as gently tapping the knife down or placing the timber down on the floor and driving your knife through to create a split and then work the timber.

Your timber needs to have some tension in the split to grip the birch bark hence just the small split. Once the split has been done, place a point on to the other end in order to drive your candle into the ground.

Next gather a large volume of Birch bark. This should not be of a live upright tree but rather a fallen or dead specimen. You ideally need a good complete section rather than just bits. You’ll need to dig your knife in rather than peel as you would normally for tinder.

The key to success with this particular candle is the volume of the birch bark and the way it is laid. By just stuffing the birch into the split of the stick, you will have a light. However, it will be short-lived.

On the other hand, if you lay the bark on the ground and then concertina it up quite tight, the burning time is considerably extended. So, fold the bark onto itself in a concertina fashion and then slip this into the split you have created in your timber. When lighting your candle, just light one end of it to prolong the burn time. 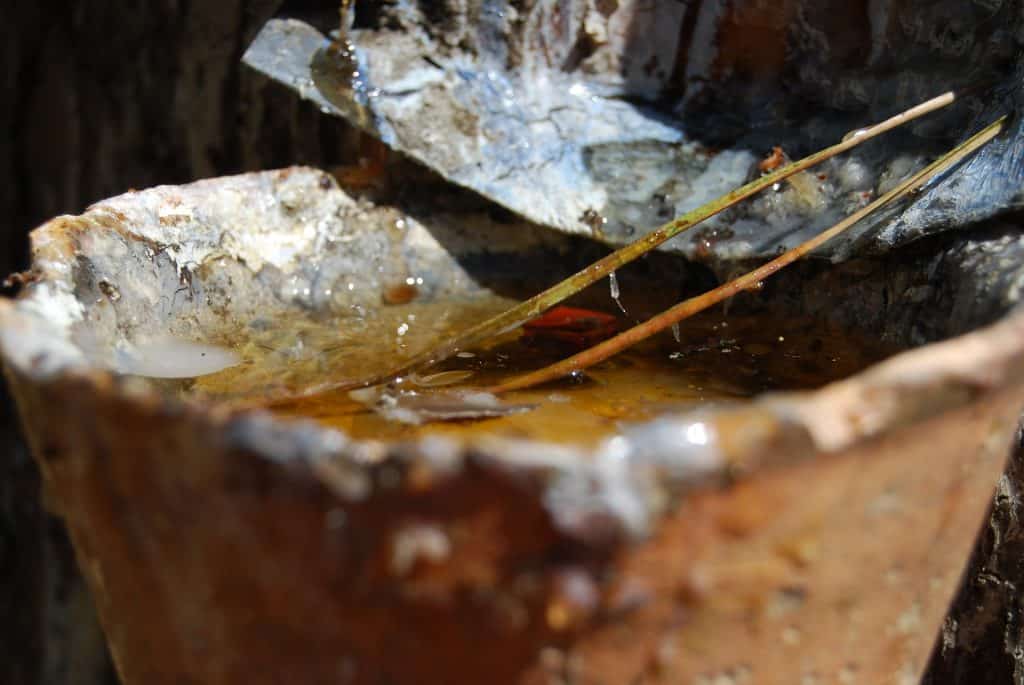 I have heard the resin candle referred to as the “woodsman’s candle,” although I am not sure of the origins of the term. Constructed correctly, it can be a longer burning option than the birch bark candle. Again it is the attention to detail here that will make the difference. Our subject cannot be rushed, so take your time and gather as much resin as possible!

Next, look for a good handful of dead twigs and place them to the side. These are going to act as your wicks.

In order to find the resin, you are going to need to look for damaged/injured trees. A perfect time to harvest resin is in the spring that follows a winter where harvesting work has taken place as the sap will be rising still.

So look out for recently cut tree stumps. However, resin can be gathered all through the year. Where the tree has been wounded, you may find clear liquid slowly dripping or older white liquid that has solidified. You will find the white resin easier to find and harvest.

Fashion yourself a collecting twig and a tray. The tray can be simply a piece of bark laying on the ground. Your collecting twig should be of sturdy construction, about the thickness of your little finger, with a chisel point on the end.

This way, you can push the collecting twig into the mass of white and scrape it upwards to release the resins hold on the trunk. Place your collecting tray underneath to catch any excess that falls.

If you are looking to store this resin for future use, it can be rolled up into a ball and stored in a leaf to avoid any further “woodland inclusions”! For our purposes, though, we want to use it immediately, and so when you have collected a really good palm full, then start to cram a little of it into the cross split in your timber.

This article is just a short introduction, and it should provide you with all the basics knowledge to make candles in the wilderness. Throughout history, our ancestors have experimented with various kinds of natural resources to produce the needed light to overcome dark nights. If you want to learn how to make candles in the wilderness, there are various bushcraft books out there teaching you all the secrets of fire-making.