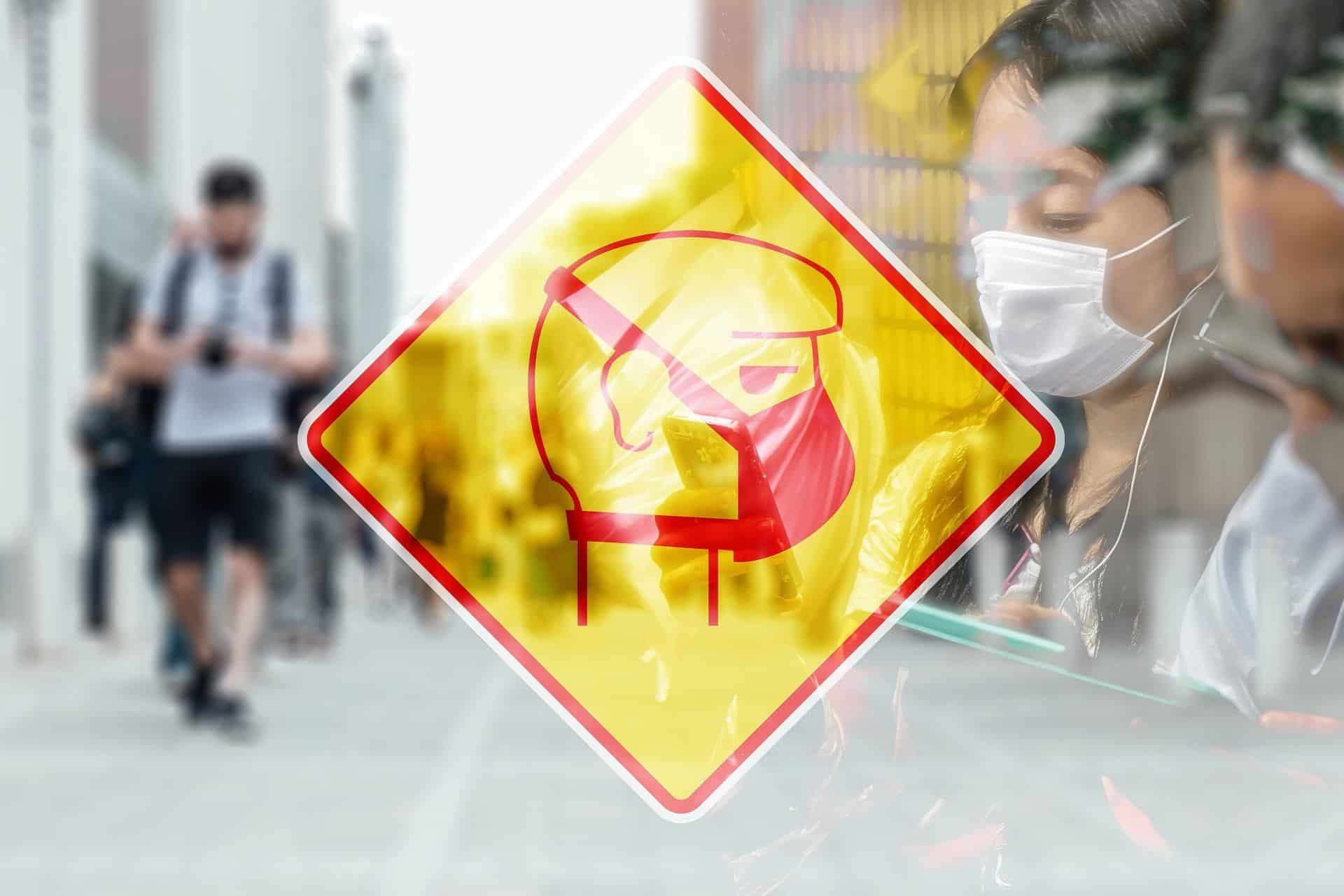 In today’s troubling times, contracting an infectious disease is easier than one may think. An infectious disease is a disorder caused by organisms (e.g., bacteria, viruses, fungi, and parasites) that have entered your body. Knowing how to protect yourself from such a disease is only half the battle, putting your knowledge into practice is actually the main step to win the war.

You stop at the scene of a one-car accident in the wee hours of the morning. The driver, the only occupant, apparently fell asleep behind the wheel. The vehicle has struck an electric pole and a stone wall. The driver is trapped in the car. He is turned sideways, his head hanging out the window, partially scalped.

The patient has a good level of consciousness but will require over an hour of extrication time. You assist in bandaging and immobilizing the head.

You finish the drive home, the patient’s blood drying on your hands and clothes. You have a real good feeling inside; you “got involved,” helped your fellow man. Later, when you find out the guy was returning home from a local testing facility as it is probable he got the new virus, your feelings change to those of outrage and fear.

An elderly neighbor calls you on the phone. She had gone to a friend’s house nearby and could get no response when she knocked on the door. Fearing that he is sick and can’t answer the door, she wants you to get into the house and check on him.

Using your credit card, you “slip” his lock and gain entry. Once inside the house, you notice a sickening odor. Exploring into the next room, you find an elderly male lying on the floor. He has obviously been dead several days. The corpse is extremely swollen. A gas space heater is turned up as far as it will go. The room is like a sauna.

You walk over and turn the heater off, then open a window. Returning to the corpse, you check for any obvious indications of foul play. Finding none, you return to the street below.

You call the police and explain the situation to them. While waiting for the police, the distraught neighbor tells you her friend has been “turning yellow” for the past month, and getting progressively worse. You quickly try to remember what you touched or may have walked through in the apartment. 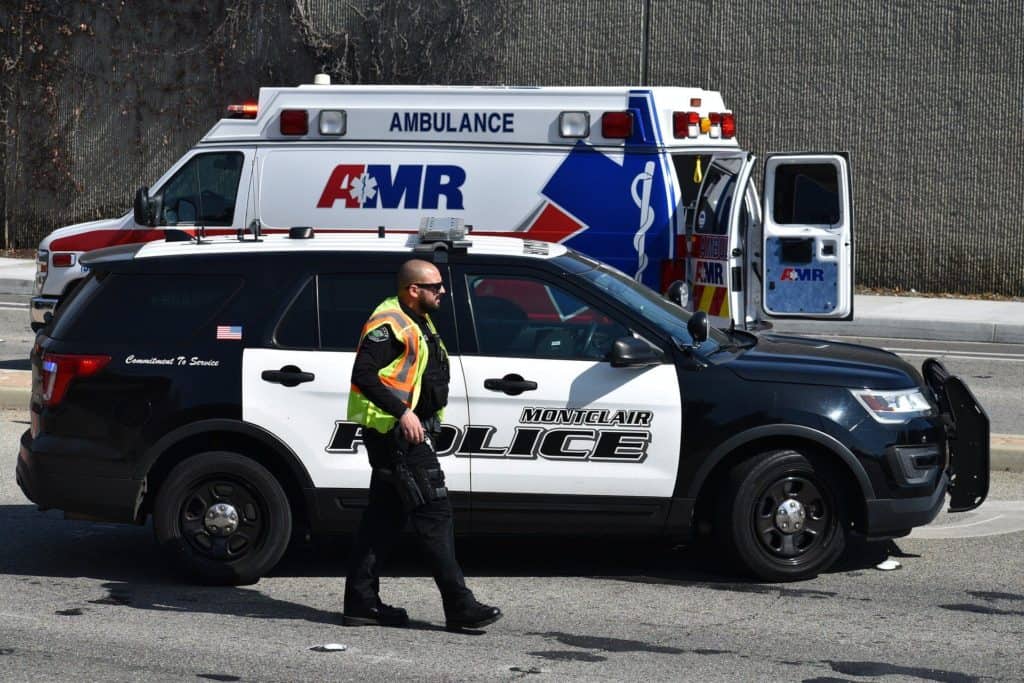 In the above scenarios (based on actual incidents), we find helpful citizens being exposed to potentially life-threatening infections. Besides the coronavirus danger, there are thousands of cases of hepatitis B in the United States, and God knows what other infectious diseases might be out there.

When we start adding in figures for infectious mononucleosis, tuberculosis, syphilis, and the many other infectious diseases with which we can come in contact, there are many disease threats to watch out for. There seems to be a prevalent attitude among active, healthy people that “It can’t happen to me.” An attitude that our systems can fight off anything to which we’re exposed. This just isn’t true.

As we should all well know, there isn’t a magic vaccine that will immunize us against everything to which we’re exposed.

We cannot be selective as to which people we will help, and if we could, what would the limits be?

The only viable solution then is to incorporate adequate precautions when handling the ill or injured.

Modes of transmission of an infectious disease

To effectively practice infection control, we should be aware of the routes an organism can take from a host to a receiver. These are known as modes of transmission. 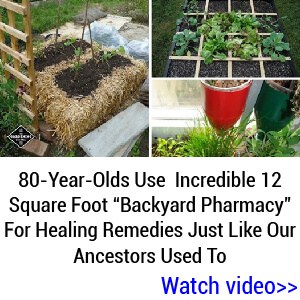 Tiny droplets of a transfer medium. The best example of aerosol transmission is having a patient sneeze or cough on you. Tuberculosis, infectious mononucleosis, and meningococcal meningitis are primarily transmitted by droplets, and let’s not forget the current deadly “flu-like” virus.

Infections by this route usually result from contact with a patient’s solid waste and subsequent contamination of materials put into the mouth, i.e., pencils, food, fingers. Hepatitis A and viral meningitis are believed to be transmitted by this route.

Infection by this route involves a living carrier, such as fleas, ticks, and mosquitoes depositing the infectious organism onto food or into the body of a recipient. Malaria, rocky mountain spotted fever, and plague are transmitted in this manner.

Infection by this route requires the recipient to come into contact with an infected person’s blood, saliva, excrement, or other body fluid. The causative organism can then enter the recipient’s body through a break in the skin. AIDS, hepatitis B, and syphilis can be acquired this way.

Protection against an infectious disease

Unless we wish to refuse to associate with any other human, we will sometimes be exposed to an infectious disease.

What we can do is incorporate a three-aspect approach to infection control: chemical, hygiene, and physical barriers.

It goes without saying that those of us who face frequent exposure to a variety of illnesses should be he immunized for as many of these diseases as possible. In addition to those immunizations we received as children, immunizations exist for hepatitis B and influenza.

The chemical aspect, then, involves immunization, testing, and follow up after suspected exposure. This will aid in either preventing or limiting most diseases.

Good hygiene is one of the worst enemies of organisms that cause infection. Keep your fingernails short. This will provide ten fewer places for organism-laden material to escape detection. Hands should be washed thoroughly using a good bacteriostatic soap anytime you come in contact with a body fluid.

Definitely, contact with a body fluid such as blood or excrement requires very thorough washing with an agent such as Betadine. Many people have a tendency to shy away from using Betadine due to its discoloring effect on the skin.

Check out this article:  Sugardine – A Cheap Homemade Antiseptic In 3 Easy Steps

Tests have proven it to be the most effective bacteriostatic soap on the market. Each individual must decide for himself if the discoloration is that much of an inconvenience. Clothing should be changed as soon as practical if they become soiled with another person’s body fluid.

Another part of hygiene we must consider is the care of our equipment. A rucksack placed under the head of an injured hiker, for example. Metal and plastic materials should be scrubbed using a 10 percent solution of chlorine bleach, such as Chlorox. All contaminated items need special attention and proper decontamination procedures should be employed.

Special attention should be paid to this scrubbing whenever body fluids have contacted the materials you are cleaning. Disposable items such as rescue blankets should be discarded after use on a bleeding or incontinent person. Do not attempt to clean and reuse disposable items. 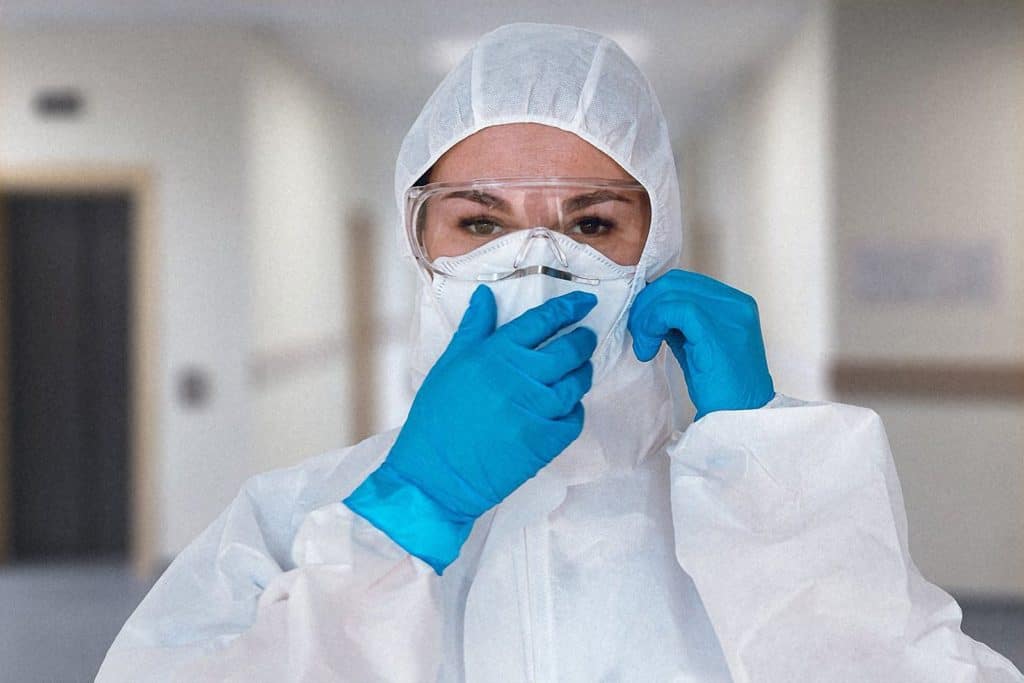 Physical barriers are probably the least used with a living patient. For some reason, outside a medical environment, we feel the patient will be insulted if we put on rubber gloves prior to touching him. Anytime contact with body fluids is a possibility, rubber gloves should be worn.

Examining gloves are ideal for this. Sterile gloves are unnecessary, as the gloves are for your protection, rather than the patients. If you carry a pair of rubber gloves in your first aid kit, they will be available when you need them. It should take less than five seconds to put them on. Even with a patient in cardiac arrest, the lost time is negligible.

The only difficulties the author has encountered with using gloves is on IV starts; due to the reduction of tactile sense and the difficulty of applying a tourniquet without getting the end of the glove’s finger stuck under the tourniquet. It just takes a little practice. Disposable examining gloves should also be worn when cleaning contaminated equipment.

Another consideration is the use of a surgical mask when dealing with patients presenting upper respiratory disease signs and symptoms. This should be of particular concern if the patient is febrile (has a fever). 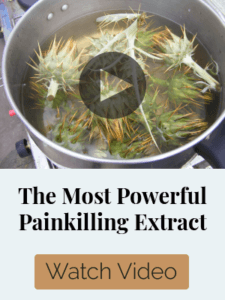 In case of death, when the cause is uncertain, it is imperative that you protect yourself as much as possible. There are companies marketing what I believe to be extremely useful kits for this type of call.

An Infection Control Kit, usually contains two Tyvek suits, two pairs of shoe covers and gloves, two surgical masks, two hair covers, a patient drape, a convenience bag for vomitus or urine, and a contaminated materials bag for disposal of the suits after use.

Just because a patient’s been dead for several days doesn’t mean the organism that killed him is. Such a kit would also be very useful in situations where personnel are dealing with infected patients known or suspected of having life-threatening diseases and in situations involving large numbers of trauma patients where contact with large amounts of body fluids is expected.

Many organizations are now supplying their health care providers with airway adjuncts and directives to utilize the adjuncts for resuscitation, rather than risk infection from performing mouth-to-mouth rescue breathing. This concern over contracting a disease, as well as the aesthetics involved, has in the past perhaps caused some hesitation on the part of a potential rescuer.

In light of this concern, there were developed pocket masks with a disposable one-way valve, such as the Laerdal pocket mask. To the relief of those of us who own the old-style pocket masks, the older masks will also accept the one-way valve.

The one-way valve redirects patient exhalation and other matter back towards the patient’s face. The rescuer need not remove his lips from the mask to allow for exhalation. Like the original pocket masks, the new ones are also available with a supplemental oxygen inlet. While there are other masks being marketed utilizing this concept, in the author’s opinion, the Laerdal pocket mask does what it’s supposed to, affordably. This, too, is a vital part of a good first aid kit.

Proper, consistent use of good infection control procedures will greatly reduce the number of diseases you will pass on to other contacts and acquire yourself. While the average person does not come in contact with the ill or injured on a daily basis, infection control is everyone’s responsibility. We carry a first aid kit with the hope we’ll never need it and the realization that we probably will. The price of a good first aid kit is small, indeed compared to the piece of mind that comes with having one.

Whether assisting at an accident along the highway or in the woods, or at the scene of a large-scale disaster, be aware of what you can catch and how it is caught. Take adequate, appropriate precautions to protect yourself. Always take care of number one first.

1 thought on “Infectious Disease Control – All You Need To Know!”