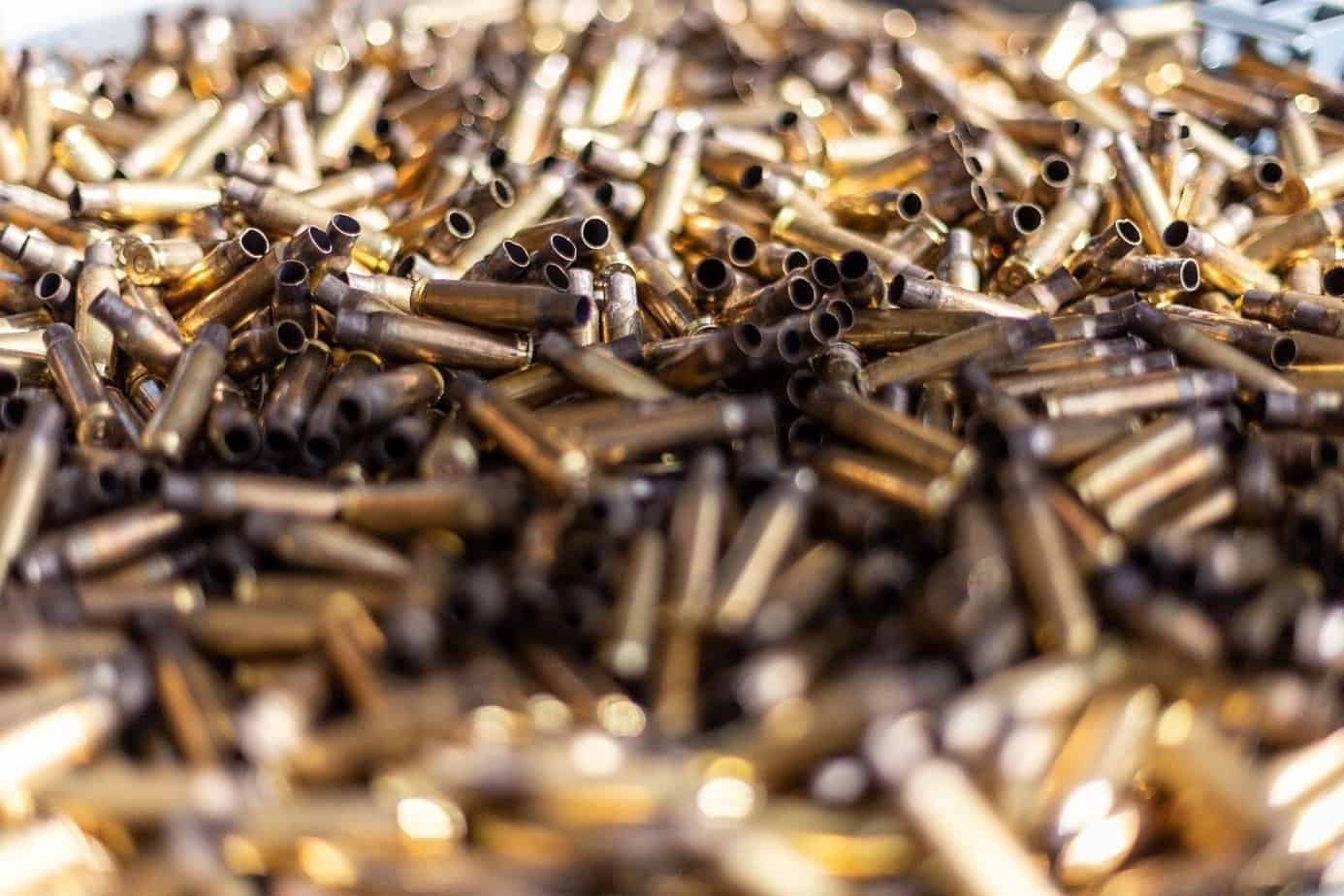 With ammunition prices remaining high for the past several years, more people than ever are considering reloading their own ammunition, to keep their magazines ready to rock, so that they can enjoy some time at the range and hunting without breaking the bank.

Of course, we all know how valuable having some basic reloading knowledge can be in order to stay self-sufficient and ready.

But in this piece, we’re going to walk through the pros and cons of reloading your own ammunition in terms of cost.

First, we’ll walk through some of the costs of reloading and where you can save some serious money in the long term. Then, we’ll also take some time to discuss ammunition prices as they stand now and what might help or hurt things in the future.

When you’re considering reloading ammunition, one of the highest upfront costs is tools.

A new, commercially made reloading press that has everything you’re likely to need in terms of tools can start at several hundred dollars and can run to several times that if you’re looking for something especially well-featured.

To save money on this, your local classified ads and sites will be a great way to pick up gently used gear from both estate sales and people who are getting out of reloading for one reason or another, but it might not be exactly what you need in terms of dies, tooling, and so on.

Another cost worth considering is space. If you already have a space and a workbench, for instance, a garage, this won’t be a major issue for you in terms of getting set up to reload ammunition.

On the other hand, if you’re an apartment dweller or are otherwise short on space, then you might have to buy a workbench and rent a storage unit somewhere nearby to get enough room to set up a reloading station that you can leave set up as opposed to trying to use your dining room table. 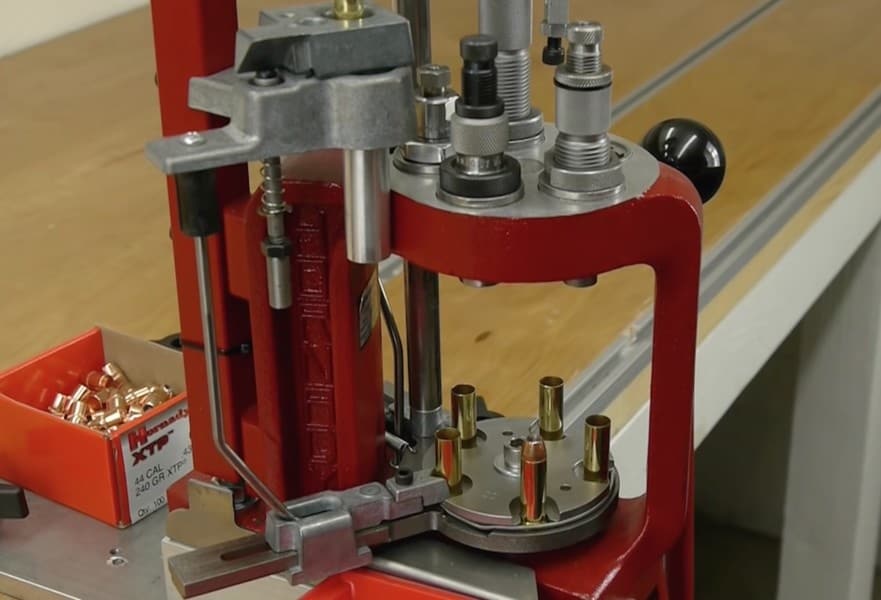 Aside from those two initial costs, there are going to be some ongoing costs to reloading as well. These costs come from the reloading supplies themselves.

No matter how careful you are with policing your brass at the range or in the field, it’s only safe to re-use brass so many times before it gets stretched, deforms, or cracks. Thus, you’ll need to buy brass casings from time to time.

For each round you fire, you’ll also need to buy bullets, primers, and powder. These are the major costs of reloading over time, but if you reload a lot, you can, over time, reduce the cost per round.

One of the things that will save you a lot of money, as I mentioned before, is recycling your brass. This can be done several times and reduces costs a fair bit. If you own your own range, there are also some folks who recycle and melt down lead from their targets.

This isn’t an option for everyone, but if it is, it’s one that takes time and effort. If you are, however, willing to melt down and cast your own bullets, then the cost of reloading can be extremely low over time.

So, why are ammunition costs so high, and for so long as they have been for the past few years?

One reason is failing to plan, is planning to fail. People without preparation plans, panic buy things that they think they need, even if there’s no rational need to do so. I’m sure you remember lines for toilet paper, gasoline, and the like from the beginning of the pandemic.

The same sort of thing was going on for ammunition as well, which led retailers to take advantage of the situation and drive up the prices on the stock that they could get.

Second, demand for ammunition is spiking at the moment. Over the last several years, there have been more new American gun owners than at any time in recent history.

With more people learning how to shoot their firearms, and stockpiling ammunition, there’s more demand on the market. 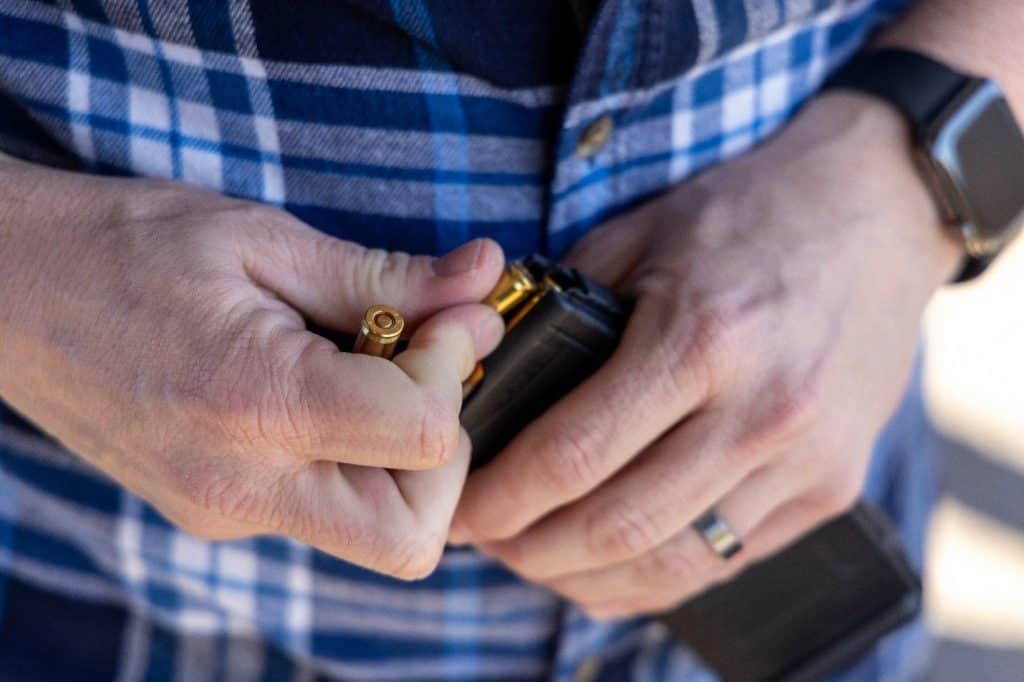 As you probably remember from your high school economics course, an increase in demand without an increase in supply will lead to a rise in prices. This is exactly what’s been going on in the ammunition world for the past several years, and it’s a trend that is likely to keep going.

Lastly, with global politics being somewhat up in the air, there’s also the possibility that ammunition importation, especially from countries in Eastern Europe or Asia, could be cut off with very little notice.

For a variety of calibers, these foreign manufacturers are the primary source of affordable ammunition. For instance, with tensions between NATO and Russia heating up, it’s pretty unlikely that trade in arms and ammunition for the civilian market between the USA and Russia will resume any time soon.

With all of this in mind, ammunition can still be found at reasonable prices, but you’ll likely have to look around more than you would have several years ago.

Most of the time, you’ll likely be able to find ammunition commercially cheaper than reloading, especially if you keep in mind the upfront costs of a reloading press and other tools.

There is one big exception to this, however. If you shoot a difficult-to-find or particularly expensive caliber, reloading might be the only way you can get ammunition without prices being absurd.

This is often the case with less common, foreign surplus rifles, but can also be the case for odd and old firearms that are from the US.

In general, reloading is likely going to be the more expensive option for most people who do not plan to shoot a massive volume of ammunition.

With that said, we’d consider it seriously if we wanted to get match-grade ammunition and had the time to reload high-quality ammunition.

One solution to this could be to split the cost of a reloading press with a few friends in your circle of trust and commit to getting together every few months for an evening of reloading so that you can share the upfront costs, and learn a new skill with your friends in the process.

2 thoughts on “Is Reloading Cost-Effective?”