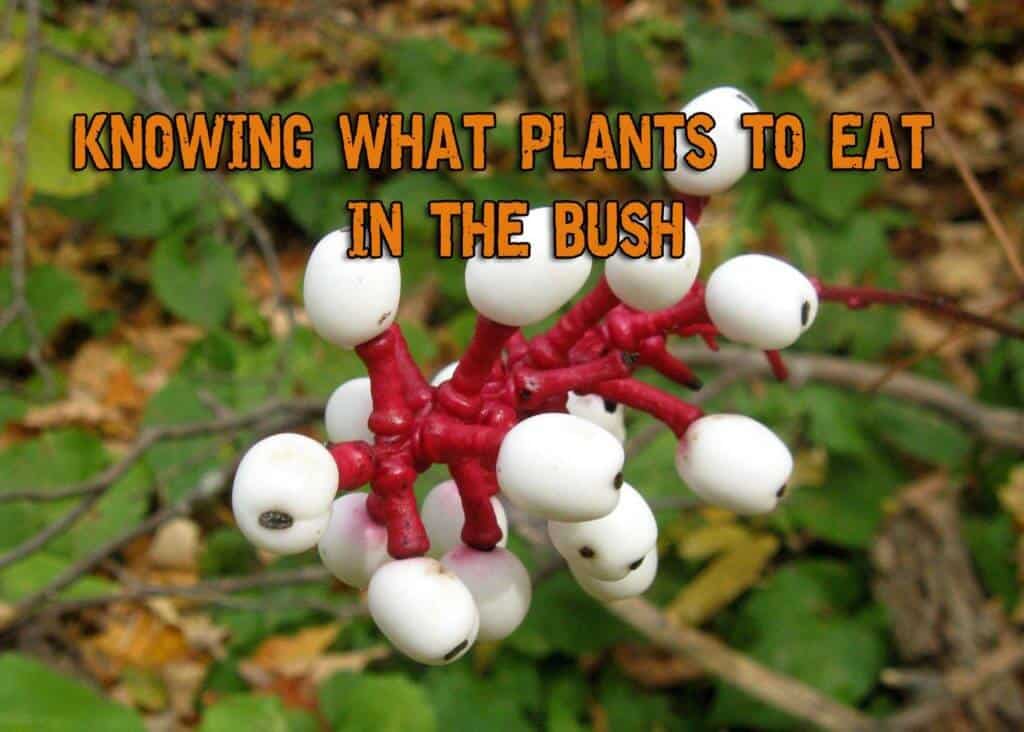 Surely, being the outdoorsman that you are, you have had the pleasure (or lack thereof) of viewing the stellar film titled “Into the Wild”. If you haven’t, you should, though it may leave you feeling some type of way for a spell of time (totally worth the overwhelming emotional beatdown).

The story of Christopher McCandless begins by showing us a young man who has grown weary of societies tediums and troubles. He was bored with the standard rules of society and city living. He gives up his poolside chilling, his money and his credit cards, and many of the other luxuries of our over-simplified lives, and heads northwest with a mind full of new principles (in example, “if we admit that human life can be ruled by reason, the possibility of life is destroyed).

The character is shooting for that ultimate freedom! We could get rather deep into all the principles he adapts, however, here and now is not the right place nor the right time.

In getting to the point of bringing up McCandless’s story, we must jump ahead to the sad ending. This story has been out long enough, I shouldn’t think I’d have to worry about any spoiler alerts. However, if you haven’t read the story or watched the film, you may want to stop right now, find it, then return.

I’ll waste no time with cordials: He dies. The main character, towards the end, makes a grave mistake that so many before him have done. He ate the wrong berry. And in the end, he pays the ultimate price.

No matter the region you live in, knowing which plants are edible and which are malignant is a critical survival skill that you must have. There are several facts you need to know about plants in the wild in order to keep yourself alive if things were to ever go awry for you.

Among the most important is understanding the juxtaposition of said plants. At times, you will find a plant physically and aromatively pleasant though it is incredibly dangerous, just as you will find some that look and smell like pure death that are actually somewhat palatable (not to mention, a good source of nutrients…).

The objective of this writing is to provide you with ample details to resolve some of your uncertainties about eating plants in the wild. No, it’s not quite your local Mickey D’s, but quite sufficient enough! Disclaimer: It is always best to parley with an authentic field guide to help you identify what plant species are okay to take in.

They are relatively inexpensive at any given used bookstore, and they can mean the difference between life or death, extreme agony or a nice dose of plant-power. They can give you specifics that will ensure you take in only the right plants,  all the way day to which parts of the plant are good or bad.

However, life is not always so copacetic as to give you the chance to learn all the ins and outs of edible plants properly. In fact, it may just dump you and the passenger plane you are in the right out of the sky and land you in a dense ass mountain forest with nothing but the five senses God blessed you with! Fear not (well, not much), for there are a few techniques you can use to test the waters of the digestible and the repulsive.

First, let’s discuss why the query of edibility can be sort of a peculiar problem for one who doesn’t know squat: Some plants that are eatable may not provide sufficient nourishment, (mentioned above) some plants may have specific parts that are digestible, some plants have the same features as other plants making them a bit more difficult to identify, etc. This is why a small, handy field guide is almost necessary.

There are specific signs to be aware of if you do find yourself foraging for fuel. Let’s start with the bad stuff…the…

Presumably, unless you have spent much time in the wilderness or had some extensive military training, you don’t know many tricks to test out a plants edibility. As a matter of fact, with the ease of fast food and grocery stores, the thought alone may have never even crossed your reason.

Believe it or not, there are an abundance of those little green plants under your feet that are nutritious enough to cover your ass for quite a spell. And the ones that are not so nice to your pallet, well, they put off specific warning signs.

Some examples of warning signs may be grain heads with spikes, barbs or spurs, milky sap, or even a sort of bitter almond-like smell to the plants leaves or bark.

In order to dodge likely detrimental plants, avoid ones with these peculiarities:

And another DISCLAIMER: If in doubt, do not eat it…

Simple as that, unless you are down to test the waters (which could potentially result in anything from mild discomfort, stomach cramps, to absolute and certain death, painful and excruciating death…)

However, there is a test that can provide a relatively safe measure to find out if a plant is in fact edible. This test is recommended for true emergency scenarios, and unnecessary risks should be avoided (some plants may pass this test but still impair you).

In a survival situation, it is best not to attempt to “test” a multitude of plants in a short period of time…obviously, this would render the test invalid. When running this test, be sure to do so on an empty stomach.

Again, this test is to be used for dire emergencies only.

Recommended reading: The Reality of Foraging When There’s No Food

There are over 20,000 species of edible plants in the world. That being said, we will discuss only a handful of popular ones here in this list:

A stout common weed with little burns that like to stick to animal fur and clothes. It grows fairly tall and has deep roots. Burdock consists mainly of carbs, volatile oils, plant sterols, tannins, and fatty oils. This plant is also known to have productive healing qualities; anti-inflammatory and antibacterial effects as well as antioxidants.

Also called bullrush, you can distinguish this plant by its brown colored, cigar-shaped head (also called a candlewick) that is attached to rather long, stout stalk.

Cattail is one of the most significant and common wild, edible plants. They can be used for a variety of things beyond simply eating – mats, baskets, etc. The head itself, or the “candlewick”, can be dipped in oil and used as a torch. The head can also be used as an excellent firestarter or tinder.

The root of the plant can be used to make a high-protein flour. The insides of the stalk also contain a tasty food (especially tossed into a stir fry!).

Chickweed is one of those weeds we’re used to seeing spring up everywhere —the lawn outside your work, between cracks in the pavement, flowerbeds, and especially in the wild- and not even know it. It’s edible and grows all year round and is hardy despite its delicate, pretty appearance.

Chickweed grows very easily and is actually healthy to consume. This plant has a slew of health benefits and is full of vitamins, minerals and other essential nutrients.

Mostly found in North America, the wild leek is a species of wild onion. It is usually found deep in thick woods. It has broad, flat leaves and is bulb-forming. They will have a deep purple or burgundy tint on the lower stem that helps the be identified. Another clue to identification is their onion-like smell. You can also consume their leaves and bulbs, only in small quantities, however.

Considered an aggressive weed, this flowering plant makes this list due to its abundance and commonality. They are identified fairly easily by their small white flowers that bloom and blossom all throughout the summer. This edible plant is most likely to be found out in open fields and along old back roads. The leaves can be consumed raw, though they will have a little bit of a bite, being bitter in taste.

Basically dandelion-type plant that is within the daisy family. They have a hollow stem, very short taproot and leaves that are triangular and lobed. The flower head consists of long yellow florets. The leaves can be eaten raw and are chock full of nutrients, including vitamin C, proteins and carbs.

Easily recognizable by its reddish/purple flowers and shiny, but pale green leaves. The leaves also have noticeably white veins. The roots, leaves and stems can be consumed raw, rendering this plant extremely useful. Along with its utility to the pallet, milk thistle also has several medicinal uses such as acting as an appetite increaser, a digestion aid, and a treatment to poisoning.

The legend behind this plants name is well worth the read, and will also help you always to remember what Queen Anne’s Lace looks like. This plant’s flower resembles a lace, and in the middle, there is a purple dot that looks uncannily like a drop of blood.

This plant is also known as wild carrot, and the leaves actually taste like carrot! It is extremely important to never confuse this plant with the deadly poison hemlock; the result may be devastating to your existence.

Suggested article: Foraging for Edibles In The Concrete Jungle

Mostly found in North America’s desert regions, this plant can really serve as a life-saver. Being palatable and quite nutritious, you must always remember to first mindfully remove the spines on the outer shell before consumption. The fruit produced by the plant looks much like a pear, only its color will be a purple/red.

Pickerel weed is typically found in shallow freshwater; streams, creeks and lakes. This plant can be eaten raw but is very tasty when roasted over an open fire. The leaves of the plant are glossy-green. The flowers are a beautiful electric grape color and bloom during the summer time.

It is truly extraordinary how much of our earth is naturally useful to our bodies. It is easy to get lost in the man-made grocery stores and fast food joints, and the great halls of high fructose corn syrup and the tall skyscrapers of butylated hydroxyanisole. However, keep in mind, before those great structures were erected in the name of faster food and fake taste, Mother Nature was already providing sufficiently for us.

After reading this, and doing some further study of your own, you should feel a good deal of comfort in your ability to rely exclusively on the natural vegetation of our earth.

A great technique to learning the multitudes of edible plants is to purchase a trustworthy field guide and take it along on your outdoor goings. Happy hunting! Or rather, happy foraging!

Preppers recommend checking this out:

1 thought on “Knowing What Plants to Eat in the Bush”