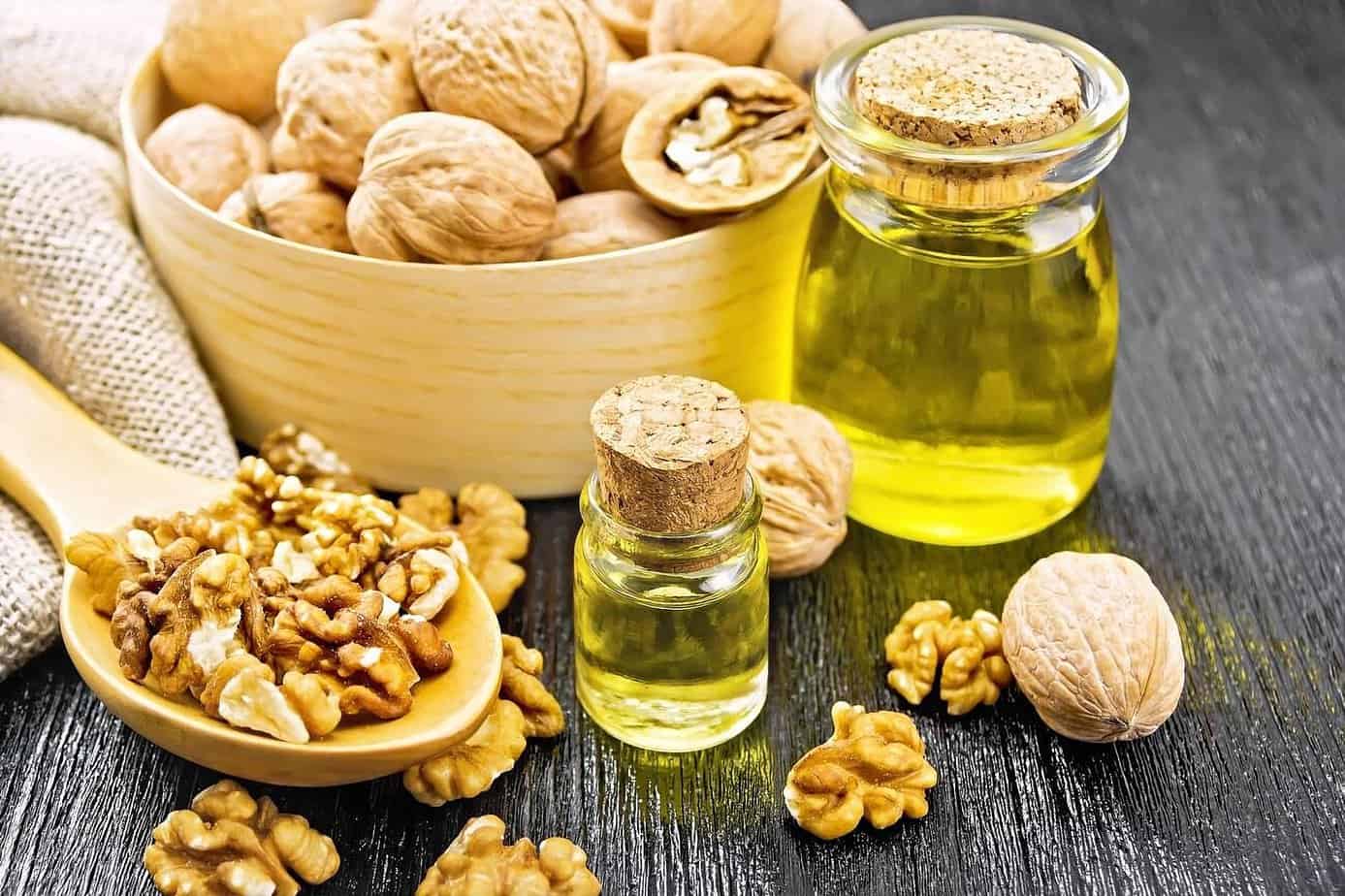 Plant-based oils, produced from seeds, nuts, and occasionally fruits, have been a staple of the human diet since 6000 BCE. Just like your ancestors, you can implement a small-scale seed and nut oil production at home.

The lost art of oil extraction

These oils were critical to the producers’ health and well-being. The dietary fats found in seed and nut oils play an important role in the body, assisting with vitamin absorption and essential brain and nerve function.

The use of oils in food, medicine, and religious ceremony hasn’t changed much in the 8,000 years since the first olive was squeezed to release its flavorful, golden essence, but production methods have evolved dramatically.

The “wet extraction method” was the first technique. The seeds or nuts are hulled, crushed, added to water, and then boiled in this method. Oils float to the surface and are skimmed off and saved. This is a time-consuming and low-yielding process.

Around 2000 BCE, India invented the first mechanical press for extracting sesame seed oil. This early machine, known as a ghani, looked like a large mortar and pestle and was usually powered by oxen. Modern motor-powered models are still commercially available and are widely used throughout the Indian subcontinent.

An “expeller press” is a variation of this technology that still relies on applying direct pressure to the oilseed. This machine is made up of a rotating turnscrew housed within a horizontal cylinder that, when turned, gradually increases pressure on the seed or nut. These expeller presses can be operated manually or electrically.

I recommend them for the home-scale oil presser because they are widely available in motorized or manual versions, are simple to use, and are highly efficient.

Why should someone bother pressing their own seed and nut oils when there is a wide variety available at the local grocery store?

The most important reason is flavor.

Because oils are essentially fats, they degrade and become rancid over time. Unlike mechanically extracted oils, most commercial oils are extracted using hexane as a solvent. Although this method of chemical extraction is high-yielding and profitable, the oils are heavily refined, bleached, deodorized, and degummed.

Although the resulting oils have a very long shelf life, they lack flavor, color, and aroma. While refined oils are convenient, they lack the qualities of small-scale, cold-pressed oils.

Growing, foraging, and pressing high-quality oils at home is simple and rewarding with the right equipment. I recommend going with a commercial oil press like the CGOLDENWALL 1500W because it will make the whole process a lot easier, and you will be able to extract every drop of oil from various seeds and nuts.

To get you started, here are some of my favorite oilseed crops. 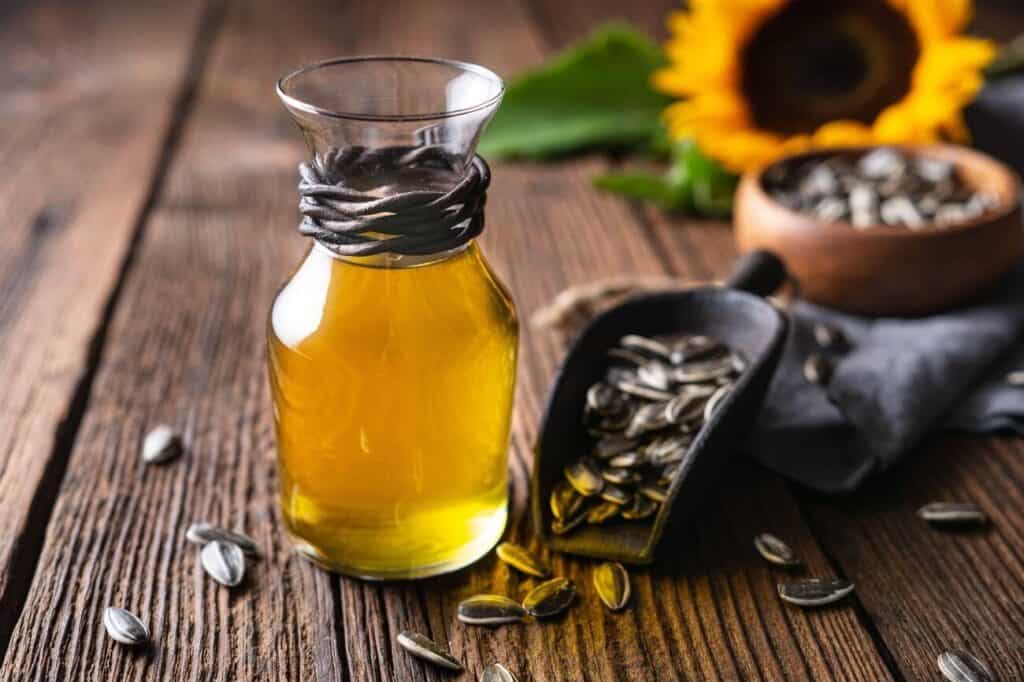 Oilseed sunflowers are an easy-to-grow annual crop with small, black-shelled seeds that yield 24% to 47% oil. These are the same sunflower seeds sold as bird seed.

While there are many hybridized sunflowers on the market today, including those bred specifically for oil production, even the most common varieties will yield a flavorful and useful oil.

They thrive in full sun, as the name implies. They prefer loose, well-drained soil and should be planted after frost danger has passed.

Allow your sunflowers in the field to mature until the foliage turns yellow, and the backs of the flower heads turn brownish-yellow. Toss the heads into a basket after cutting the stalks about 6 inches below the flower.

Remove the seeds easily by rubbing them loose with your hands or over a hardware cloth and allowing the seeds to collect in a container. To remove any debris, sift the seeds through screens or winnow with a box fan. Allow your seeds to dry for 7 to 10 days before pressing or storing them in airtight buckets until pressing time.

Process the seeds in the press whole, in-shell, or crushed.

The finished oil will be a deep golden color with a mild, nutty flavor that is ideal for salad dressings and marinades. It’s also high in vitamin E and can be applied topically, making it useful in skin-care products. 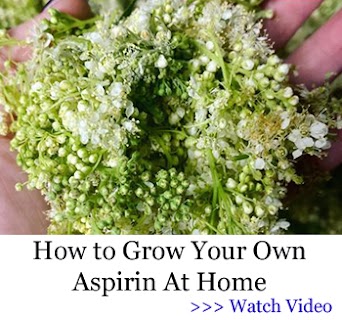 The common orange field pumpkin is one of many cultivars of the Cucurbita pepo species. This species includes the majority of summer squashes as well as a few winter-type squashes, which, as the name implies, are commonly stored for winter use.

Other domesticated squash species in the cucurbit family include Cucurbita maxima and Cucurbita moschata, and the seeds from any of these species are edible and can be pressed for oil, though some C. pepo varietals have been developed specifically for use as oilseed crops.

People in Central and Eastern Europe were the first to press pumpkins for oil.

A Styrian pumpkin farmer in southeast Austria discovered a random genetic mutation around 1870, which resulted in a crop of pumpkins with hulless seeds. These seeds proved to be ideal for oil extraction, with the resulting oil being praised for its flavor and quality.

Since that time, several hulless seeded pumpkins have been developed, all of which are suitable for roasting, snacking, and oil production. Don’t be concerned if these unique varieties are not available to you. Any pumpkin or squash seed can be pressed with its shell, and butternut squash (Cucurbita moschata) oil is robust and flavorful, especially if the seeds are lightly toasted before pressing.

Collecting a large number of pumpkin seeds from your garden by hand can be time-consuming. Larger-scale farmers use tractor-pulled seed extraction machines. If you intend to extract more than a small amount of pumpkin seed oil, consider renting this equipment.

Before running the seeds through the press, lightly toast them. The oil is a flavorful delicacy with a deep reddish-green hue. Because of its low smoke point, the oil should not be used for high-heat applications, but it is ideal for cold culinary applications such as salad dressings. 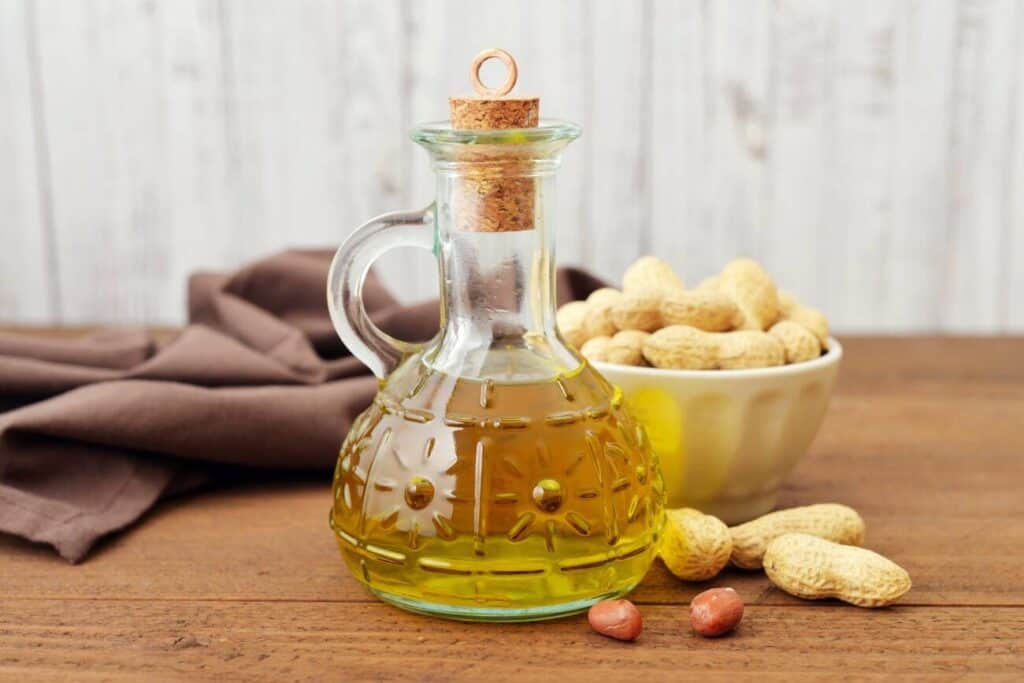 Peanut cultivation was well established across South America before the arrival of the Spanish. Spaniards brought peanuts back to Europe, where they were well received and quickly spread.

In the mid-to-late 1600s, enslaved Africans brought these legumes to North America, but peanuts remained a small-scale garden crop until the 1930s. Peanuts have become a commercial mainstay around the world thanks to agricultural scientist George Washington Carver, who developed hundreds of uses for the crop.

Peanuts thrive in a long, warm season and mature in 120 to 150 days. They prefer sandy soil and require full sun to produce well.

When the leaves and stems turn yellow and die back, loosen the soil with a garden spade or fork and remove the plants from the ground. Place the plants in a sheltered area to dry. Remove the peanuts from the plants after 2 to 3 weeks, when the hulls are completely dry.

Remove the peanuts from their shells before running them through the oil press. Hand-shelling is appropriate for small batches, but for larger batches, alternative shelling methods may be required.

Simply crush the shells with a rolling pin, food processor, or similar tool, and place the debris in a bucket of cold water. The lighter shell particles will float, while the heavier peanuts will sink. After that, the peanuts can be dried in a low-temperature oven.

If the peanuts are roasted before pressing, the oil will have a deep, nutty flavor and a dark, golden-brown color. Break toasted or raw peanuts into smaller pieces before pressing them to increase yields.

Roasted peanut seed oil is commonly used as a flavoring oil, similar to how toasted sesame oil is used, whereas raw peanut oil is excellent for frying.

The domesticated English walnut, Juglans regia, is the source of the majority of commercially available walnut oil. English walnuts, which are thought to have originated in Iran, are now grown all over the world.

A number of native walnut species, most notably the black walnut, Juglans nigra, can also be found in North America. Although all walnut species produce an edible kernel, some have thick shells and smaller seeds than others.

Growing walnuts from seed can be a time-consuming process that can take up to ten years from seed to nut harvest. The abundance of wild black walnut trees in North America, as well as already established groves of English walnuts, can supply enough walnuts to meet all oil needs.

Foraging for wild nuts is an option, though the English walnut is the easiest to work with because the hull splits open when mature, as opposed to the black walnut, whose hull remains intact even after ripening and falling from the tree.

The walnuts must then be washed and their shells removed. You can remove a walnut hull in a variety of ways, but I’ve found that a tabletop corn sheller works best.

For English walnuts, a simple nutcracker should suffice. Black walnuts, on the other hand, will need to be hammered before being dropped into a bucket of cold water. The lighter nutmeat will float, while the heavier shells will sink.

The yield of walnuts can be increased by heating them before pressing them. Although roasting the seeds before pressing results in a slightly darker color and deeper flavor, walnut oil has a golden amber hue and a light, nutty flavor. The delicious flavor of walnut oil lends itself well to cold-temperature uses as well as sautéing and stir-frying. 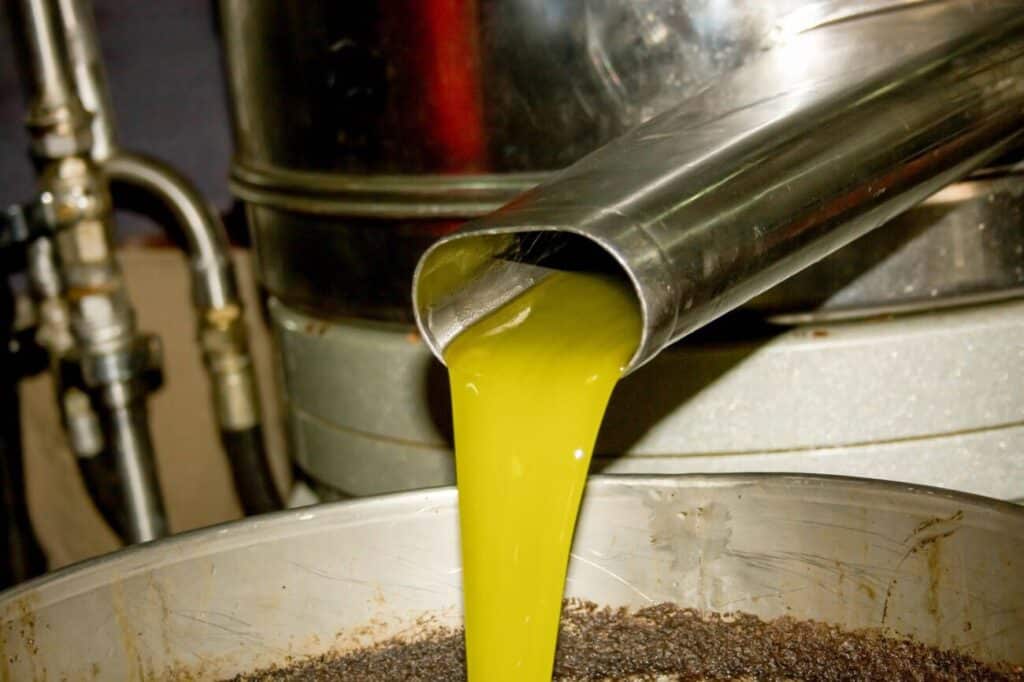 Whatever seed or nut oil you press, the process of filtering, bottling, and storing the oil will be similar. Label your oil with the date it was pressed.

Because of the small bits of seed and shell suspended in the oil, freshly pressed oil will be cloudy. Place the oil in a cool, dark place to settle. The oil will have visibly clarified, and most of the debris will have settled to the bottom of the container within 24 to 48 hours.

Filter the oil through a fine-mesh screen or tightly woven cheesecloth after decanting it, leaving the sediment behind. Filtering will extend the shelf life of the product.

While specific storage temperatures vary depending on the seed, it is always best to keep the oils in a cool, dark place. This can be as simple as putting them in a kitchen cabinet or pantry.

Some oils are more delicate and should be refrigerated. While it isn’t always necessary, cold storage will keep your oils from going rancid for even longer, so if in doubt, put them in the fridge.

The crushed seed that remains after extraction, also known as “seedcake,” is also useful. The leftover seedcake is edible if the oilseed had edible shells, such as hempseed or flax, or if the shell was removed, such as walnut or pecan. Using a food processor, grind the seedcake into a powder and add it to cereals, breads, and other baked goods.

Alternatively, if the seeds were pressed with their inedible shells still attached, such as sunflower seeds, you can still use the seedcake as supplemental feed for your chickens or other livestock. You can also add it to the compost pile to help create lush, rich soil.

Reviving lost skills, such as small-scale seed and nut oil pressing, revitalizes our relationship with our food system. This hands-on, small-batch approach to food production connects us to the land and to one another in ways that we could never achieve as consumers.

If you see this plant when foraging, don’t touch it!

1 thought on “Making Oil From Seeds and Nuts”