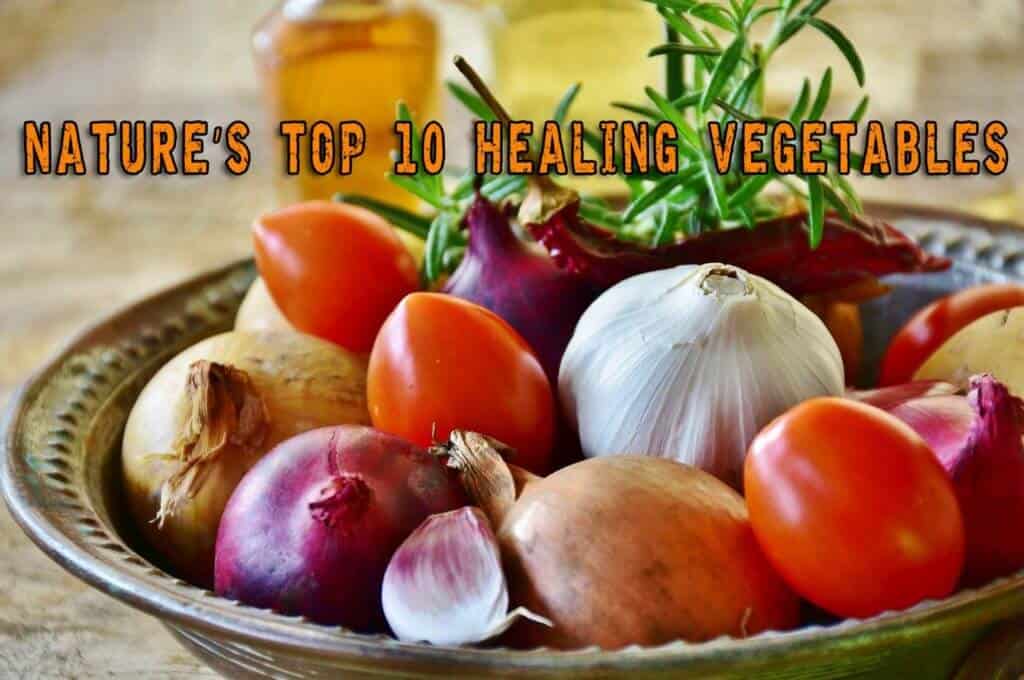 If you are looking to supercharge your immune system against today’s ever-evasive diseases, melt away that excess weight, or stimulate the brain while actively building barriers against stroke and heart attack risk, then look no further than…your own backyard or patio or garden plot (as you can grow thse healing vegetables literally anywhere).

Ancient remedies, free from all the toxins that we so frequently bathe in today, still exist as they have for centuries before we were specks in time. This new, synthetic modern medicine that we have painfully fallen for has proven to be nothing more than a money racketeering, criminal-like movement. The mass market’s consistency of greed has brought forth nothing more than the assistance in making us a more reliant people (and we should very well regard who we pledge our confidence and convictions in). Nature offers for free everything that “advancement” wants to sell to you.

Our eating habits alone have grown out of proportion in a faster time than ever before in all of history. That is pretty intense; and to look at the speed at which this has occurred, even more vehement. This excessive consumption has become a self-induced societal disorder. This was caused by us allowing ourselves to be allured by what appears to be an endless stock of cheap and abundant resources. However, the only thing that is truly infinite is our modern material wants and expectations.

It is entirely in your power to assist in the reversal of this great sickness; and one extremely beneficial way to start is by growing your own vegetables and food (only planting and reaping what you truly need).

Let’s discuss some of the remarkable alimentary values, health benefits, and remedial qualities  of your gardens contents:

These are all healing vegetables that are easily grown right there where you are, with a bit of patience and care.

This is by far not a complete composition of all healing vegetables and only a handful that can be commonly found in the average backyard garden. 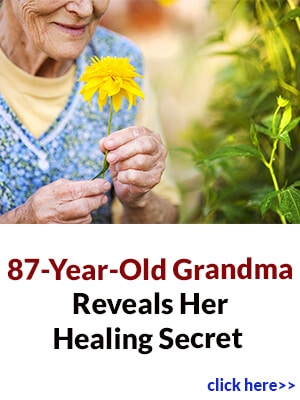 Garlic is one of the oldest healing vegetables known to mankind. “More powerful than penicillin. Dating as far back as 1500 B.C., when Egyptian physicians used garlic in at least twenty-two of their medicines. Garlic was used medicinally by the ancient Greeks, Romans, Indians, Chinese and Japanese for a great number of things.

Garlic has the ability to destroy many different types of bacteria; so many, in fact, it’s been called an antibacterial, antifungal, antiparasitic, anti-protozoan, and antiviral.

The antibiotic factor in raw garlic is the same that gives it its strong odor, called allicin. Raw garlic also impressively boosts the strength of the immune system’s cells to kill cancer cells.

In large amounts, garlic is known to reduce the disposition of blood to form dangerous clots. It also consistently lowers blood pressure. Much like chili peppers, garlic behaves as a decongestant for the common gripe.

Try to intake a half to two cloves per day. You can also make a powerful garlic tincture by following this recipe.

Fresh garlic is the best choice (over oils, capsules or pills)

Don’t store garlic in the refrigerator; store in a cool, dry area to keep longer.

Fresh parsley, and the chlorophyll it contains will neutralize the pungent odor of “garlic breath”. Salt and lemon juice will remove the smell from your hands.

Tomatoes, low in calories, are a great source of vitamin C (the vitamin necessary for healthy muscles, bones, gums, and teeth). Tomatoes are also a source of vitamin A as lycopene; this is known to lower the risks of several cancers.

Another great use for tomatoes is to use their juices to stifle the odorous smell of a stinkin’ skunks spray.

*Store tomatoes at room temperature to keep them fresh.

*By placing unripe tomatoes in a brown paper bag with a piece of ripe fruit, you can hasten the ripening process. Ripening tomatoes in the sun will only take away from their flavor.

Because of their high beta-carotene filling, carrots are known to be cancer-preventive. This beta-carotene acts as an antioxidant (which fight against oxygen-free radicals that demolish blood vessel walls, accelerate aging, and provoke inflammation.

Raw carrots have been shown to reduce blood cholesterol. The fiber found in carrots help to prevent constipation. They replace the electrolytes lost during diarrhea.

Store carrots in plastic (remove the carrot greens). Use that green at the top of the carrot for an indication of freshness.

*ooked carrots contain the most cancer protection (beware to no overcook). Also, be warned; too much carrot intake and you’ll take on the pigmentation of an Oompa Loompa (minus the funky hairdo, of course).

Much like garlic, onion has been used as a holistic medicine for more than 6,000 years. Egyptian pyramid builders consumed onions for immense gains in strength and endurance. During the Civil War, they were used to relieve dysentery.

For the heart, onions can prove to be literal miracle healing vegetables. They also work as anticoagulants that break up clots and prevent blood cells from clumping. Onions are used to treat diabetes; as well as raise good HDL blood cholesterol. Onions, again analogous to garlic, contain a strong antibiotic and also prevents colds while acting as an expectorant.

Cantaloupe is used as a diuretic, to repel worms, to treat cancer and as a hepatitis remedy in different regions across the world. They have a large amount of vitamin A (beta-carotene) and vitamin C (both are anti-cancer nutrients). Cantaloupe also prevents heart disease, stroke and blood clots.

Being high in potassium and having no sodium or fat, cantaloupes are good for high blood pressure.

*Ripen cantaloupe at room temperature, then refrigerate. Cut melons easily pick up refrigerator odors, so it is important to store them tightly sealed.

Going back 6000 years, or more, barley has been a well of strength and vigor. So, in fact, that the Roman Gladiators were known as “hordearii”, or barley eaters. Barley fuels the body with a supply of energy through its rich complex of carbohydrates.

Not only is it a great source of energy, but barley also assists in weight loss. Rather than resorting to cholesterol-lowering drugs, barley works the same, for it has compounds that bar the livers aptitude to make bad cholesterol which leads to heart attacks and strokes.

The less processed the barley, the more potent. Whole grain barley can be made into flour, grits or flakes. Substitute barley flour for all wheat flour recipes.

Known as the “rheumatism root” and the “colic root” as it has been used anciently as an anti-arthritic and antispasmodic. They have also been used in folk medicine to avoid miscarriages. Sweet potatoes are rich in beta-carotene and are therefore highly cancer preventative.

The darker the orange tint of the sweet potato the more the concentration of disease-fighting beta-carotene.

“An apple a day keeps the doctor away”, a trite-proven-true idiom and the medicinal use of the apple reaches as far back as the Ancient Greeks. Apples are extremely high in vitamin C. They are also remarkably heart healthy. This has to do with their content of high soluble fiber.

Apples raise good HDL cholesterol and lower the bad LDL levels. While apples keep the blood glucose level up, they act as excellent appetite suppressants; helping you feel fuller than other snack-like foods.

One peculiar apple-fact is that they have been used for ages for relieving both diarrhea and constipation. Apples work, also, as a sort of natural toothbrush.

Eat the skin since it’s saturated with caffeic, which is a powerful cancer fighter. Apples last longer if stored in the refrigerator.

Use a little lemon juice to prevent cut apple slices from browning.

Folk medicine suggests that strawberries be used as a medicament for the skin (acne, ringworm, and even chronic ulcerations). While strawberries block the creation of nitrosamines in the intestinal tract, they are believed to prevent cancer.

Another cancer-fighting antioxidant found in strawberries is that of polyphenols. Strawberries supply a fiber in the form pectin, helping to lower cholesterol. They also assist in healthy weight loss, as the insoluble fiber in them helps to absorb calories from other foods.

Seal strawberries in a plastic bag and keep them on top of the refrigerator overnight for a speedy ripening.

In medieval times, peas were used remedially to tone up the blood in the spring of each year. Peas are (along with most members of the legume family) extremely rich in cholesterol diminishing, dissolvable fiber.

Peas contain concentrated wellsprings of protease antioxidants, helping the body to kill viruses and carcinogens in the intestines. They also include benevolent amounts of carotene in the form of vitamin A and C (giving them their anti-cancer superpower).

*Always remember that canned peas have a high count of sodium. Refrigerate peas sealed in a plastic bag for a longer keep time.

* One pound of peas typically yield around one cup of peas. Snow and sugar snap peas have delicious, edible pods and do not require sealing.

Though many factors related to staying healthy and preventing disease (hereditary, environmental, stress levels, exercise), your diet remains one of the most important. The other factors can be hard to govern, but you can most certainly do something about the food that you intake.

You can actually put the healing powers of nature’s food to work and see for yourself the instant gratification.

The food itself won’t make you healthy per say but using it in the right way will. It will help you to reach your peak health capacity.

Rather than turning to a doctor for some new found drug with two-hundred and seventy-two small print side effects, try turning to your own backyard and nature itself. Look, and you shall see; ask, and you shall receive. Grow these healing vegetables and you won’t be sorry.