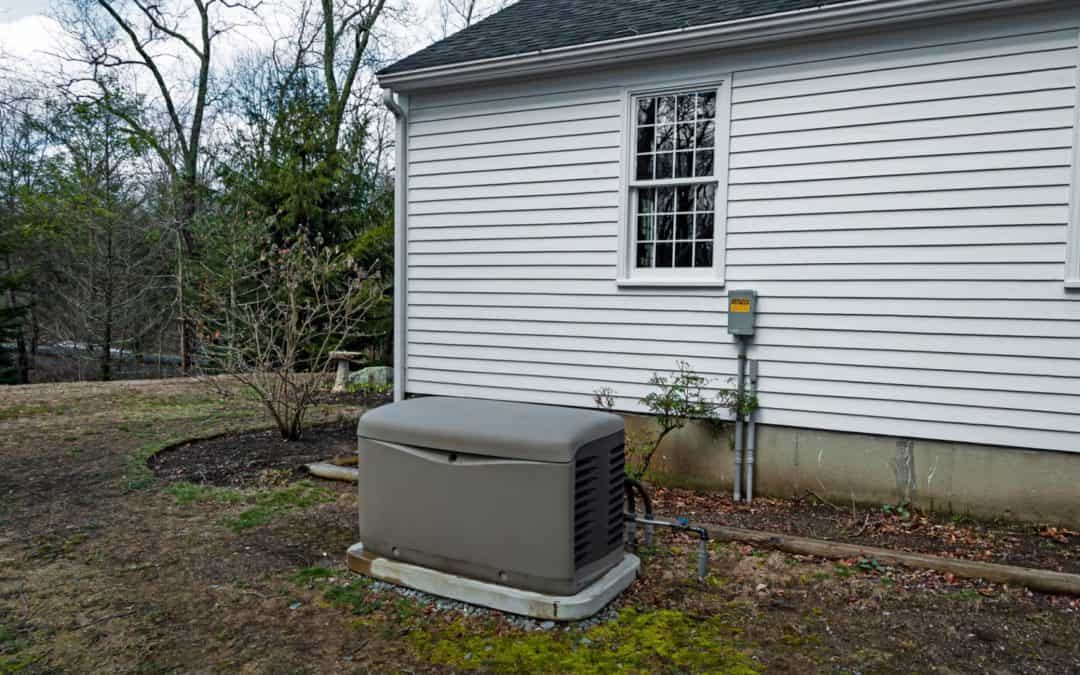 The nation’s electrical grid is in peril. This is nothing new, and we’ve been warned about it for years. But now, the issue is beginning to manifest itself, and many states are affected. The reasons are complex, and there’s a lot of finger-pointing going on from every side of the issue, but the raw facts are easy to comprehend.

There is simply more demand for electricity than the states’ utilities can currently supply or import from other states. The result of this energy deficit is what has come to be known as rolling blackouts, which are utility-induced power outages implemented whenever a local utility’s reserves drop below a certain threshold.

Any given blackout may last for hours or even days, inconveniencing untold numbers of citizens in more ways than I could possibly enumerate here.

For those of us watching it all unfold from a safe distance, it may be a disturbing spectacle, though not really a matter for alarm (yet). But for those directly and repeatedly in the utilities’ crosshairs, it’s a nightmare. 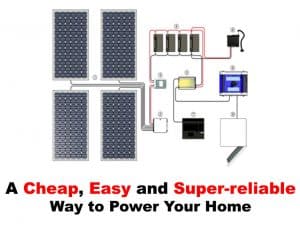 The question is this: What is the best way to power your lights, keep your food cold, and heat your home if you find yourself facing blackout after extended blackout, now and in the immediate future?

The cheapest and least-satisfying way—we call it the Green Acres solution—is to buy a few extension cords and a gasoline-fired generator that you can wheel out of your garage or toolshed whenever everything goes black. That way, you can at least keep your food cold and your house warm for a few hours a day.

This is how I pumped water for 60 horses and kept two homes running during a weeklong blizzard-induced blackout on the equine training facility I used to manage. My only generator was a noisy little 3-kilowatt Coleman that gave up the ghost 15 minutes before the power came back on. It’s nothing I’d care to do again.

A big step up from this solution is to install a propane- or natural gas-fired generator outside your home. Whenever the power goes down, the generator will start automatically, and it’ll knock off the instant that power is restored. It’s a fine solution for power outages of short duration, and we know several grid-dependent people in our area who have taken this route.

Their generator of choice is the 24-kilowatt Generac Guardian, a powerful and sophisticated machine backed by a reliable local service company. For outages of a day or more, however, the economics of running such a large generator continuously while using a mere fraction of its power simply do not add up. 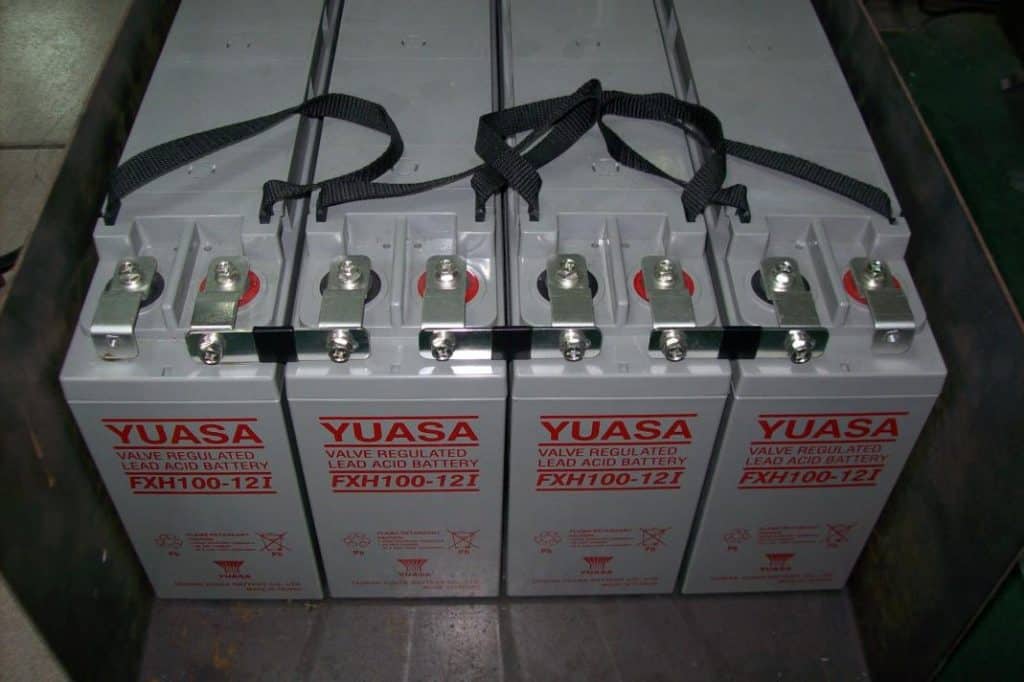 What you’ll need for extended outages is a way to store the energy that the generator produces in excess of the energy used by your home. Batteries, in other words. There is very little waste with a battery-backup system because the energy not being instantly consumed will be available for later use when the generator is no longer running.

This is no different than canning vegetables when your garden is in full production, so you’ll have something to eat during the lean months of winter. The heart of a battery-backup system is the inverter, a remarkably intelligent component that manages every aspect of power usage and storage.

All the power coming into your home from whatever source will run through the inverter. The basic idea of a battery-backup system without solar inputs is quite simple. When grid power is available, it simply passes through the inverter to power your home. A fraction of that power is also used to keep the battery bank fully charged at all times.

When the grid goes down, however, the inverter instantly begins to draw energy from the batteries to power your home. It’s a transition that happens so fast—around 1/200th of a second—that you may not even know the grid is down.

There is a caveat, however, and it has to do with the fact that most grid-tied homes use so much energy that it’s impractical to run the entire house on battery power alone. Sure, you can if you really want to, but the cost of the battery bank needed to do this would be huge.

As a compromise, most folks with battery-backup systems install a critical-loads subpanel near the home’s main breaker panel. This way, the breakers for the loads you really need to run—fridge, furnace, home office, etc.—are routed through the subpanel, which is fed directly by the batteries via the inverter.

Getting the sun involved 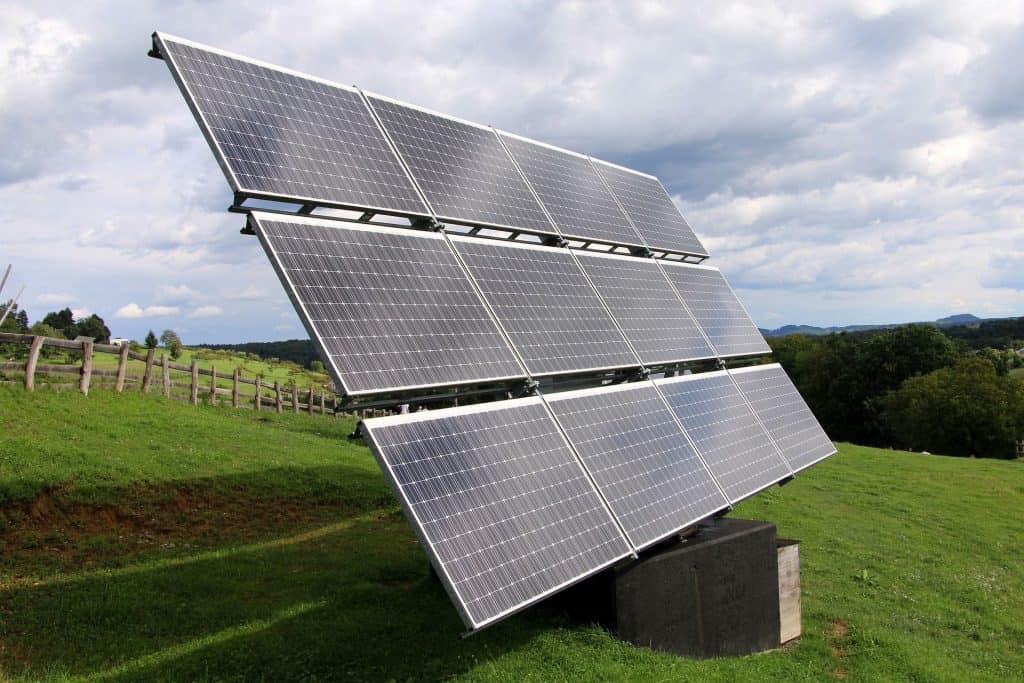 In a normal grid-tied solar system, the batteries’ charge would be replenished by the solar array. It’s a system that works well on sunny days if the nighttime loads aren’t too onerous but can easily fall short when clouds prevail, and the demand for power is high. This is where the generator comes in.

Clouds mean nothing to a generator; all it needs is a steady fuel supply, either natural gas or propane from a large storage tank. Like everything else in the system, the generator is wired directly to the inverter.

The inverter, for its part, keeps very close tabs on the batteries’ state of charge and will instantly start the generator when a low-voltage or low state-of-charge condition arises. It will then turn off the generator once the batteries have been fully recharged.

The on-grid backup system we suggest is very similar to the generator-backup system we installed last year in our off-grid home. The main difference is that off-grid systems are inherently immune to blackouts and are generally so energy efficient that a critical-loads subpanel isn’t necessary.

Should you decide to go solar at some point, the on-grid system is adaptable. The inverter you buy to distribute incoming and outgoing grid, battery, and generator wattage should also be designed to ferry excess solar energy back into the power grid whenever the sun and the grid are both open for business.

By adding solar to the equation, you can shave money off your utility bill, decrease generator usage and help offset the cost of the system. In addition to the solar array itself, all that’s required is a bit of wire, various breakers, and combiner boxes, and a charge controller to condition the voltage and amperage coming in from the solar array.

In order to make the grid-tied backup system work as seamlessly as possible, you’ll need to install components designed for this specialized sort of duty. Because I primarily work with off-grid systems, I asked one of my partners for their recommendations.

He designs all manner of grid-tied systems for solar installers. He also lives in Northern California in a grid-tied solar home with a battery-backup system, so he knows firsthand how these systems perform in rolling blackouts.

Regarding inverters, he offers two choices: either the OutBack Radian, providing 8 kilowatts of continuous power, or the slightly smaller 6.8 kilowatts Schneider Electric XW+ inverter. Both inverters operate at a nominal 48 volts DC and output 120/240 volts AC. 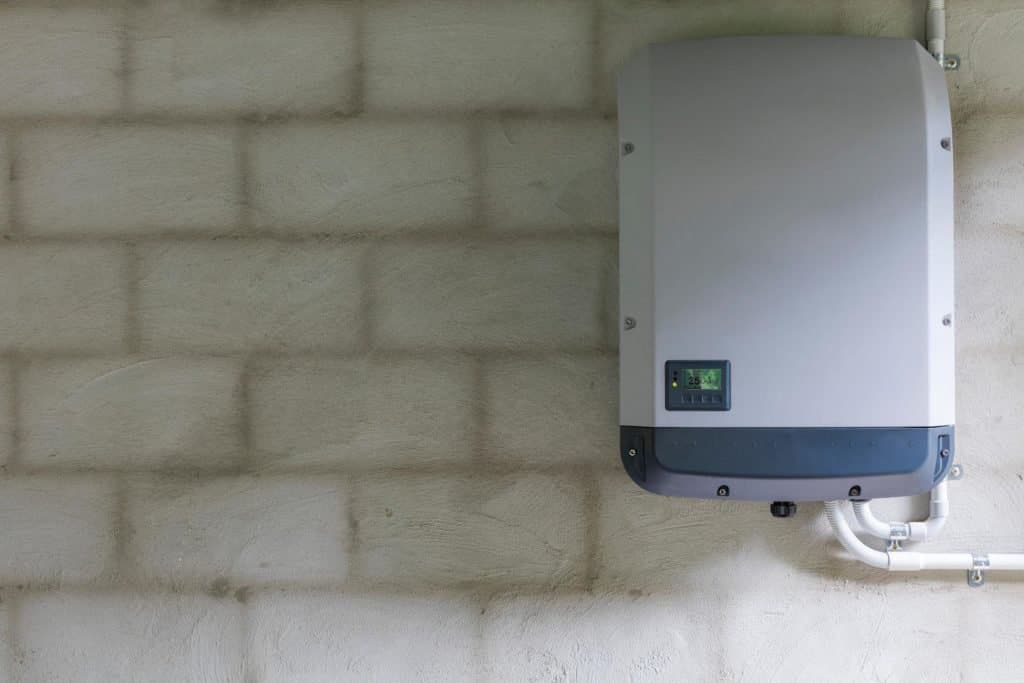 In addition, you’ll have to buy a programmable interface (such as the OutBack Mate) to communicate with the inverter, as well as breakers and disconnects.

The batteries used in these systems are sealed, meaning that they don’t smell, leak or outgas, and therefore do not need to be vented to the outside. By far, the most common batteries used in home-backup applications are absorbed glass mat (AGM) batteries, so-called because the electrolyte is suspended in mats of glass fibers.

AGM batteries are rated for an 80-percent depth of discharge compared to 50 percent for the flooded lead-acid batteries used in off-grid systems. The expected lifetime for AGM batteries doing standby service is around 10 years.

For a generator-based system, he suggests installing a battery bank rated for at least 200 amp-hours of storage at 48 volts. Since these batteries are usually either 6 or 12 volts, they will have to be wired in series to achieve the required 48 volts. So, for instance, if you were to use 12-volt, 100-amp-hour batteries, you would want to buy eight batteries and wire them in two series strings.

The biggest-ticket item, of course, is the backup generator. There are many to choose from, but for reliability and support, you can’t beat a Generac or a Kohler. For most systems, a unit rated at 10 to 15 kilowatts should be sufficient, though as with the inverter and batteries, these are details that will need to be worked out between you and your installer. Generators can be quite expensive depending on the model and size.

How much will installation set you back? Every installation is different, certainly, but you should figure a bare minimum of $2,000 for a starting point.

Your best bet is to find a certified installer who’s willing to commit to a firm bid. That way, you’ll know exactly how much money stands between you and a blackout-free lifestyle.

This article was submitted by John Karoney.

Suggested resources for prepper and survivalists:

1 thought on “Planing For Blackouts And Keeping The Basics Running”