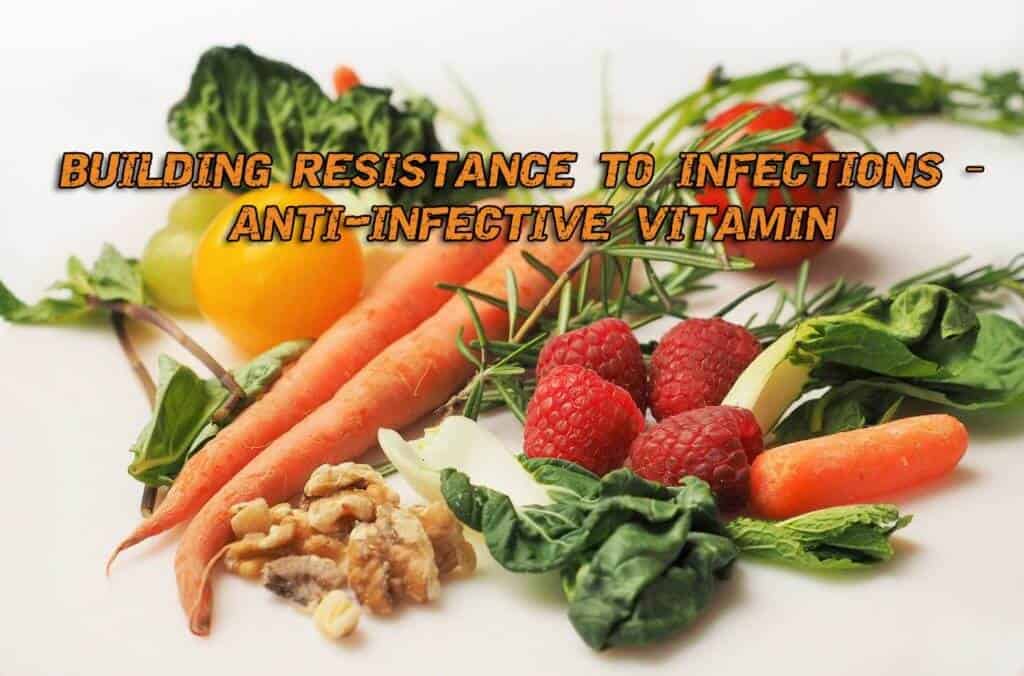 For the immediate survivors of a massive nuclear bombing, diseases will be a major threat to their continuing existence. Water for drinking and for hygiene will be scarce and often contaminated by bacteria, amebas, etc. Survivors will need to find a way to build resistance to infection, and that won’t be easy since it would be hard to get your hands on an anti-infective vitamin.

Persons with varying degrees of radiation exposure will at least temporarily suffer reduced numbers of white blood cells available for fighting off infection. Severe stress and a poor diet will further lower resistance. The enemy may also deliberately release deadly germs into our environment. The resources available to deal with increased disease rates would themselves be among the first casualties.

The lack of medicine and professional medical aid

Contents hide
1 The lack of medicine and professional medical aid
1.1 “An ounce of prevention is worth a pound of cure.”
2 Anti-Infective Vitamin
2.1 Related article: Top 12 Antibiotics You Will Need When SHTF
3 Sources, Requirements
3.1 Suggested article: How To Make Real Homemade Penicillin During A Disaster
3.2 Yellow fruits and Vegetables
3.3 Leafy green vegetables
3.4 Other foods
4 Overdose of anti-infective vitamin
5 Concluding
5.1 Other Useful Resources:

In a full-scale nuclear attack against my home state, 95 percent of doctors, nurses and paramedical personnel would be killed or injured. Most hospitals would be destroyed.

The majority of antibiotics and other medications are located either in hospital pharmacies or in drugstores in the towns where the physicians write prescriptions. Thus, both most stocks of medications and the doctors and hospitals that distribute them are concentrated in close proximity to urban nuclear targets.

The few surviving doctors and medicines will be reserved for those who would probably die without them, yet have a good chance of survival with them. A life-threatening but treatable infection in a key member of the community might be treated with some of the precious remaining antibiotics. A child’s ear infection might not, even if that meant weeks of suffering and possible later deafness.

Medical conditions that in peacetime might have been fixed by a routine visit to the doctor might have to suffer in silence. It may be many years before a pharmaceutical industry is rebuilt enough even to begin to replenish stocks of the most critically needed medications. Hence, avoiding illness will be more important than ever.

“An ounce of prevention is worth a pound of cure.”

Keep your family’s vaccinations up to date now, while they are cheap and available. Proper nutrition is another key aspect of health maintenance. Good nutrition does not necessarily mean eating a lot, Both now and in the face of major disruption of food production and distribution, what you eat is as important as how much you eat. In fact, recent medical studies have shown that the equivalent of a carrot a day can cut nearly in half the risk of death from common infections!

Among the many vitamins that your body requires every day, vitamin A is well known in preventing night blindness, keeping the skin healthy, and producing normal sperm. Less well known is another important property. In the 1920s, links between certain infections and insufficient intake of vitamin A led to excited speculation that the vitamin could prevent infections. The idea later fell into disrepute.

However, in the last few years, little known but reputable large-scale studies have been done among Third World children. The malnutrition and primitive medical care experienced by these children is relevant to what might await us in a dark tomorrow.

These studies have shown that correction of even mild vitamin A deficiency results in a dramatic reduction in deaths from respiratory infections and diarrheas (simple diarrhea can kill an undernourished child in a week, as I witnessed overseas).

An 1983 study in Java established that children deficient in vitamin A were more likely to die from these illnesses. A later study of nearly 26,000 children in Sumatra showed a 49 percent lower death rate in the ones given vitamin A supplements to prevent nutritional blindness.

Related article: Top 12 Antibiotics You Will Need When SHTF

In other words, giving these children enough vitamin A meant that only half as many of them died as in the group that wasn’t getting enough of the vitamin. A 1986 study of 450 Indonesian children with mild vitamin A deficiency showed a 34 percent reduction in mortality in the group given two large vitamins A doses, six months apart.

Vitamin A deficiency is not limited to exotic faraway places. A national nutrition survey in recent memory showed that about one-third of pre-school children and about 10 percent of adults from American low-income families also suffer from this shortage.

Vitamin A is now believed to possess “anti-infective” properties. It helps prevent infections. It cannot cure an infection already in progress, as an antibiotic would, Vitamin A maintains a healthy “mucosa,” which is the moist membrane that lines the eyes and the body’s tube-shaped cavities.

Mucosa lines the breathing passages and the gastrointestinal tract, through which food passes from the mouth all the way to the rectum. A healthy mucosa is a barrier against bacterial invasion of the body in these areas. Vitamin A also seems to help white blood cells fight infection.

Vitamin A is found in many common foods or may be purchased in capsules. As a general rule, it is cheaper and more convenient to obtain vitamins by eating the right foods than by buying pills. Some experts also believe that the vitamins put into foods by Mother Nature are of better quality than the factory-produced variety.

As a general rule, the Recommended Dietary Allowance, which the average grown male should consume each day, is 5,000 International Units. This is the amount found in one medium carrot or one typical vitamin A capsule. Women need a little less than this amount per day unless they are breastfeeding, in which case they require a little more than men. Small children should have only half of the adult portion, older children about three quarters.

Most fresh vegetables that are either deep yellow or dark green when ripe are good sources. One can of sweet potatoes (yams) on the shelf for less than nine months, would supply enough vitamin A for three people for one day, or one person for three days.

Suggested article: How To Make Real Homemade Penicillin During A Disaster

Even a quarter of a cup of dandelion leaves is all you need in a day. Cooking does not significantly reduce the amount of vitamin A in food, though wilting or drying out does. For more information, see the accompanying table below:

An advantage of vitamin A is that it is one of the “fat-soluble” vitamins. Any extra fat-soluble vitamins you eat which your body doesn’t need that day are stored away in the liver “for a rainy day.” A healthy American adult probably carries around close to a year’s supply in his liver right now. In fact, beef liver is the best food source of vitamin A. One two-ounce slice gives you a weeks’ supply!. It is this liver storage of vitamin A that allows the researchers in Java and Sumatra to protect undernourished children against infection for six months at a time with a single large dose.

The flip side of liver storage is that if you take in too much, you can’t get rid of it, and it can actually poison you. “Hypervitaminosis A” is a well-documented condition in which the skin becomes flaky and sometimes turns the color of a carrot.

Pregnant women who took several times their recommended dietary allowance for months at a time have given birth to children with defective ears, mouths, hearts, or brains. The danger is greatest during the first weeks of pregnancy when unfortunately the woman is least likely to be aware that she is pregnant.

A woman of child-bearing age, consuming vitamin A capsules even though her diet may already contain adequate amounts, is taking a big chance. Children who are given several times their recommended dietary allowance every day for two months or more may suffer skin problems, and their internal organs may not develop properly. Thus, the trick is to get enough, but not too much.

A sensible diet is the best route. Find a local source of some vitamin A-rich vegetable that you like. If you can, grow it in your own backyard. Perhaps you can’t bring yourself to eat enough vitamin A-rich food every day. In that case, once or twice a week have yourself, a vegetable-stuffed stew or a nice slice of fried liver.

Save stored vitamin capsules for some desperate time in the future when months may pass before you can obtain fresh or recently canned vegetables. Try to avoid the habit of buying and consuming vitamin pills. After a social collapse, as supplies dwindle, the price will go up, making you a steadily more miserable benefactor of the local “pusher.” When he runs out, will you resign yourself to debilitating bouts of diarrhea, bronchitis or pneumonia? Or will you be an independent survivor?