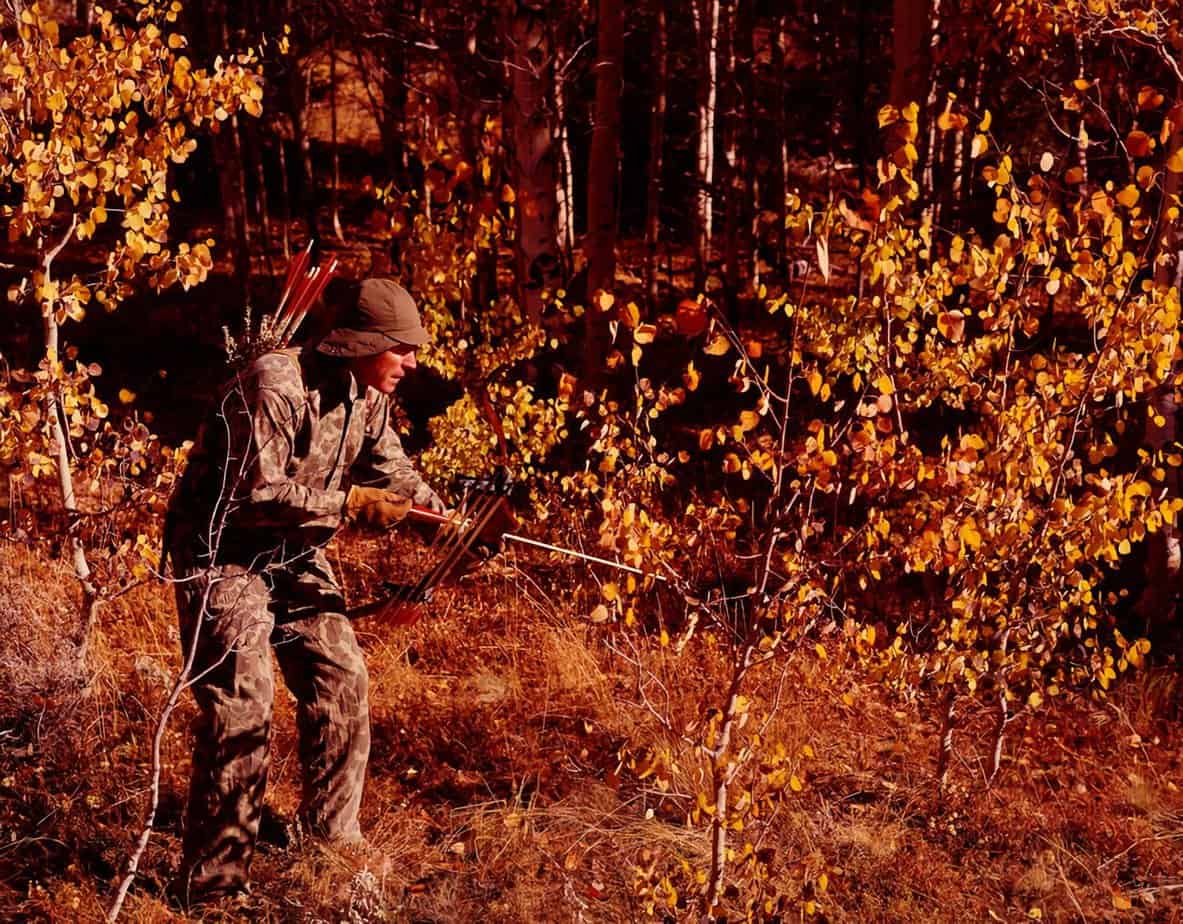 The land on which a given tribe settled influenced every native culture on our continent in a unique way. A good example can be found in the Great Plains, a vast grassland that stretched from what is now known as Canada to Mexico.

The way of the buffalo

The story of survival there can be summarized as follows: the grass fed the buffalo, and the buffalo provided sustenance for the people.

However, the population of these animals was so large that they frequently ate themselves out of local habitat, and they were forced to move on to find more grass. This is why we sing of places “where the buffalo roam.”

To live on the Plains, native people would have to follow these herds of shaggy beasts; thus, Plains tribes were migratory. Nomadic lifestyles necessitated certain logical “rules” for success.

Here are six that have become iconic for these tribes:

The story was very different east of the Mississippi River. A vast, nearly continuous forest covered the land here. Because native homes were more permanent, pottery was highly valued.

Specialist runners who carried messages from village to village covered long distances. The distinctions are numerous.

Living in the forests

The way Eastern tribes hunted was one of their most distinguishing characteristics.

A dense and verdant forest is an excellent hunting ground, but it has two major drawbacks, one visual and one auditory.

In short, a forest is densely packed with physical obstacles such as tree trunks, shrubs, vines, boughs, leafy branches, and so on. An arrow can be deflected from its intended path by even the smallest twig.

The auditory issue includes all of the fallen leaf and branch litter that makes up the forest floor. It appears to be intended as a natural alarm system against intruders. All of those warning sounds are activated by a single footstep.

A trap or snare was one indigenous solution to these issues. These hunting tools were clever because of their remoteness and nonstop work hours, but they were mostly effective on small animals.

A pit for large animals could be dug, but digging even one such pit is a lot of work, and after success at one location, that location would most likely be a known danger to wildlife.

In a real hunt, the other remedies were more proactive. Simply put, the hunter had to close the gap between himself and his prey.

Several solutions were devised to address this issue:

We will explore the last option. Stalking can change your life physically, mentally, and, believe it or not, spiritually if you try it, whether you hunt or simply want to observe.

The lost art of stalking prey

The first and most important rule of stalking prey is to move as slowly as possible. I’m referring to the rate at which a droplet of honey oozes back down the inside of a jar.

Not only with your step. This speed applies to everything you do with your body, including blinking.

Why go so slow?

Because wild animals have a distinct way of detecting danger in the forest. When they hear a sound, they relax their vision to look for the stalker. In this viewing mode, extreme slow motion (think of the honey drop) is not detectable.

This is referred to as “ultra-slow motion” or “USM” by some hunters. A simple experiment can be used to demonstrate the effectiveness of USM.

Sit down and place the thick edge of your right hand on the ground or another mixed surface with varying tones and textures in front of you. Now fix your gaze on an object 2 feet to the left.

Allow your vision to relax to see everything within fullscreen vision without allowing your eyes to stray from that point. Begin the long, long process of closing your hand to a fist by moving your hand as slowly as humanly possible.

If you do this at the correct speed, you will not notice any movement. If you do see it, you are moving far too quickly. Self-discipline is essential. In USM, close that hand.

Try it again while focusing 1.5 feet away. Then one foot. You’re discovering that there’s a way to see through an animal’s vision without being detected.

Consider how much wider a visual range most prey animals have as motivation to strive for perfection in this art. For example, a deer has eyes on both sides of its head. It has twice the range of yours. 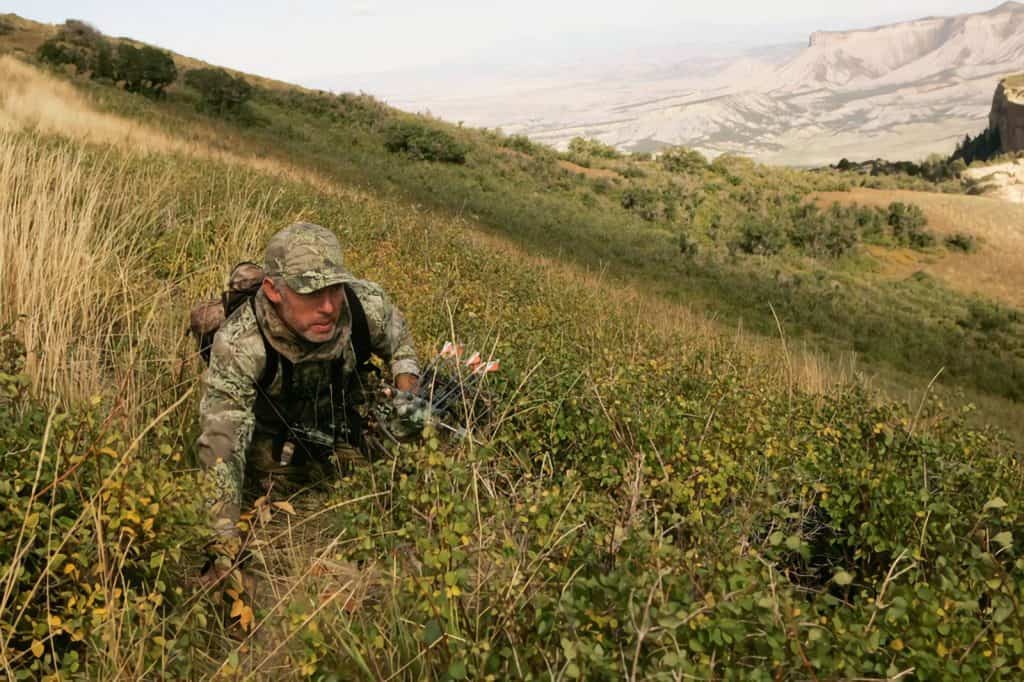 All of this sluggishness has an effect on the auditory factor. A simple step into dry leaves and twigs can generate a lot of crunchy sounds. The body weight drops all at once, resulting in an alarming signal.

USM combines all of those sounds into a long chain of tinier ticks and pops that wildlife can hear and not perceive as dangerous. A scurrying beetle, in fact, makes more noise in leaves than a skilled stalker.

A stalker must master three qualities to achieve this quieter-than-a-beetle foot planting: strength, balance, and patience. With practice, each of these aspects of stalking can be improved.

The strength factor enables your legs to function as shock absorbers. One leg supports the body, while the other foot searches for a short-distance landing zone in USM. Once found, the foot creeps to the ground and rests like a feather on top of the leaf litter.

The body weight is still supported by the back leg. The weight is transferred from back to front so slowly that both movement and sound are spread out over time.

One who is new to the skill may be exhausted by the time one step has been taken. However, this will change. Stalking will make you as tough as a bear as you practice.

Most people do not have to think about balance when walking. We develop a habit of purposefully falling forward and catching ourselves. We do it so smoothly that we aren’t aware of the part where we fall.

But we must never fall while stalking. We position ourselves and then float forward.

A good stalker, of course, would do well not to fall and cause an interruption of leaf crunch during that oh-so-slow step. Not only would the wildlife security alarm sound, but your body weight would also be transmitted into the earth.

This is read by animals using an intrinsic weighing meter. If they detect an intruder the size of a human, they may panic. We, humans, are the most terrifying animals on the planet, and if wild creatures have a “most-dangerous” list (which I believe they do), we are at the top of it.

The benefits of stalking prey

As a stalker, you will soon learn to take nothing for granted mentally. You’ll have to work your way up to a wild animal. Never let anyone persuade you that stalking is a supernatural or magical ability. It is just good old practice.

You’ll become more conscious of your surroundings. You will be scouting the terrain wherever you go. You will be able to see everything the animal sees. You might even discover a new way to walk on the sidewalk.

When you go for a run, you might try running with less impact on the ground, which will make you stronger.

Even on days when there is no dramatic sighting, a stalker experiences something spiritually valuable. You realize you are no longer a visitor or a bystander in the wilderness. As a participant, you’ve become a part of the forest. Your connection to the world extends into the woods.

I can’t emphasize how much this gift changes you.

There’s a lot more to stalking: clothing selection, masking or neutralizing human scent, careful diet selection in the days preceding a serious stalk, wind direction, and so on.

However, the first lessons discussed above are sufficient for a start.

Simply eat indigenous foods for a few days, rub yourself down with a native aromatic plant to which you have no topical reaction—try hemlock needles—and dress in camo or a more complicated pattern like plaid.

Colors are irrelevant, but white is a dead giveaway in all but snow.

Go to a favorite spot and spend an hour being as quiet and still as a stone. The adventure begins when you hear a rustle or see movement.

How To Create Food Plots For Bow Hunting

1 thought on “Stalking Prey Just As Your Ancestors Did”