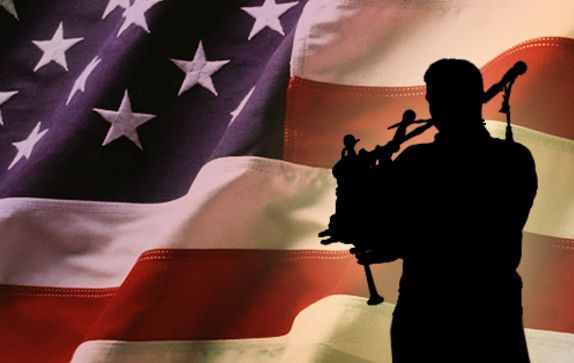 I’m grieved to report the death of the United States of America as I learned of her and loved her, has occurred.  This may be the closest thing to an official obituary you may see.
While the inhabitants slept an evil tyranny crept in and took over our once blessed and great nation.  Evil men that prospered and built great wealth on the backs of Americans and also the backs of other nations in the past having passed their evil torch to future family members.
New men grew out of our country that made fortunes that are unfathomable.

They were quickly swooped up into this evil set of families having no conscious but solely guided by their lust for the ultimate power.  The ultimate power is global control and I mean total and complete control over mankind.
The United States didn’t die all at once but died slowly and painfully as she witnessed her liberties vanish one by one.  All that’s left of her is her lifeless body and the memories of those that loved her.

I am one of those that retain the memories of her majesty spread out from sea to shining sea.
Yes my fellow grieving funeral attendees, the bagpipes are playing Amazing Grace and I am mad as hell!  I’m mad to realize that we have been deceived for years.  Many deceptions have occurred of which I will name but a few;

December 23rd, 1913 President Woodrow Wilson enacted the Federal Reserve Act and thus was the Federal Reserve Banking System established.
June 5th, 1933 the gold standard was eliminated for our currency by President Richard M. (I’m not a crook) Nixon.
October 24th, 1945 The formal creation of the United Nations and many other nations giving their sovereignty away and the beginnings of a one world government.
March 9th, 2006 President George W. Bush signs the U.S.A. Patriot Act and privacy has never been the same.
December 3rd, 2011 President Barack Hussein Obama signed into law the National Defense Authorization Act (N.D.A.A.) granting the government the right to do any damn thing they want to.

There has been a great many deceptions and injustices as well as blatant attacks upon our once great liberty.
The so called Federal Reserve Bank is not in anyway a federal entity.  It is a completely private company and it has been in complete control of our money supply.
Not long after he had signed the Federal Reserve Act, President Woodrow Wilson is said to have written to a friend, “I am a most unhappy man; I have unwittingly ruined my country”.

The money we used to carry could actually be redeemed with gold or silver but now it is nothing more than an I.O.U. or note issued by none other than the Federal Reserve Bank.  Our money is what’s known as fiat money.  In the history of civilization no fiat currency ever survived.  It creates an ever expanding debt bubble that has always burst.  It always has and it always will.

The powers that be have always known that a debt based society or fiat money implementation will expand and keep on expanding until the bubble becomes huge and then it will burst.  They know and expect it.  They know that when the bubbles they’ve created burst it will be hellish.  They want that for two reasons;
It will reduce the population of the United States tremendously.  Some estimates say that almost 80% of the population will die from starvation, lack of medical treatment, disease caused by a lack of sanitary conditions, and murder.  This will cause the U.S. to fit right in with the goals of the United Nations agenda.
A decimated population will agree with anything for proper food, shelter etc.  They will be looking for a savior to help them and the powerful world figures in charge are looking forward to it.

I could go on and on but now is not the time.  The bagpipes are playing and every head is bowed.  I’m within this group paying my last respects to our beloved country.
My head may be bowed but my eyes are wide open. Many of us have our eyes open and are full of vengeance over the brutal murder of our once great nation.  We are mad as hell!  We will sit back no longer while our liberties are taken!  In fact we are going to get them back!

Our beloved may be dead but after the crash that’s coming very quickly upon us all, we will rebuild her from her own ashes.  Like the great Phoenix rising from the ashes, a new and greater nation will be born.  You are not taking our guns away Obama.  We’re going to need them and are ready to use them.  This is our country, a country for the people, by the people, and of the people.
We are not going to fight your meaningless greed induced wars any longer!  And I have news for you, many of the police in this country and many of the military personnel around the globe are not going to go along with your little plans.  They are going to turn on you and assist the people of this country.  You may very well bring us to our knees but while we are down there we will whisper a few words to Him who motivates us, and get up we will with a force that will not be stopped.  I don’t want you to forget that there are many times more of us than there are of you.
Now pause for the bagpipes are almost finished.