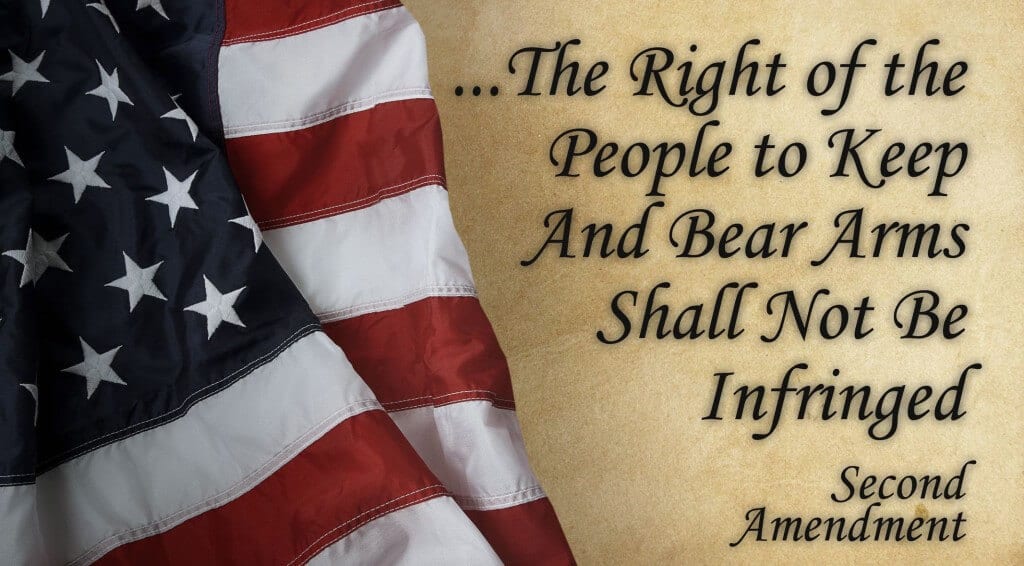 It is infuriating the way a lot of people from Supreme Court Justices, lawyers, and ordinary people misinterpret these two amendments. I took it upon myself to set the record straight and at least give proponents of the 1st and 2nd Amendments some proverbial bullets for their gun. Pun intended.

To begin with I will write the 1st Amendment here for the reader exactly as it was originally written and remains today;

“Congress shall make no law respecting an establishment of religion, or prohibiting the free exercise thereof; or abridging the freedom of speech, or of the press; or the right of the people peaceably to assemble, and to petition the government for a redress of grievances.”

Let’s begin by taking one part at a time. The first statement is, “Congress shall make no law respecting an establishment of religion,”

Let me ask you a question. When a State building or a Federal building has a stone statue on premises and they are told to remove it by a Judge, what law did Congress make? They made no law thus there argument and judgment is false. Now, if Congress were to make a law that stated to be a citizen of the United States and obtain gainful employment you must be a member of the Great Church of Universal Love then they would be 100% breaking the 1st Amendment.

Let us continue, “Congress shall make no law… or abridging the freedom of speech, or of the press; “ Webster’s Dictionary defines the word “abridge” as “to deprive, to reduce in scope, to shorten in duration or extent, or to shorten by omission of words… “. To my knowledge there isn’t a great deal of problems with freedom of speech from a legal point of view but in recent times the media and others have done a fairly good job of squelching the opinions of the opposition being mainly the conservative voice. When public figures and popular media representatives laugh in derision over the oppositions view it causes many to remain silent. This has gone on forever I suppose but it has grown and gotten much worse in these modern times. No one likes to be mocked and publically ridiculed.

Continuing on, “Congress shall make no law… or the right of the people peaceably to assemble, and to petition the government for a redress of grievances.” I’ve noticed few problems with the right to peaceably assemble as long as you aren’t a public nuisance. But, as for the last part, does anyone know how to petition the government for redress of grievances? It actually is saying that we have the right to petition the government and make complaints or ask for assistance. How does one go about that? How do you get a politicians attention and complain about anything? You might possibly do that if you catch one on the campaign trail but we all know that the vast majority will say whatever and make promises that they do not intend on keeping once they get elected. We’ve seen it over and over until we are numb to their lying.

There is tremendous controversy over the 2nd Amendment. As in the 1st Amendment I will write it just as it was originally penned and the same way it remains today.

“A well regulated Militia, being necessary to the security of a free State, the right of the people to keep and bear Arms, shall not be infringed.”

Again, breaking it down, “A well regulated Militia, being necessary to the security of a free State… shall not be infringed.” Some of the power that was originally went to the Militia’s belonged to they State of their residence. The State was given the right to give rank to and train the Militia. The Militia’s were the National Guard of the day. Many Militias’ exist today but they are highly suspect by the politicians that impose tyranny on the masses.

We continue, the “Militia… shall not be infringed”. Webster defines infringe as, “to encroach upon in a way that violates law or the rights of another”. Basically, the law states that when it comes to Militias’ you cannot encroach upon them in a way that violates the law pertaining to them or their rights. I find that definition fascinating and will leave the truth as it pertains to Militias to the Militias.

Okay, now for the part we’ve all been waiting for. Here it is;

“The right of the people to keep and bear Arms, shall not be infringed.”

Common sense should be all that’s necessary on this one but let’s break it down anyway. “The right of the people” that’s you and me folks. “to keep and bear Arms” to “keep or own or possess and bear or carry Arms or Guns”. This simply says that people have the right to both own and carry guns. Look at it. Isn’t that what you see? To “keep” implies that it is mine as in mine to keep. To bear is to carry as in “Bear ye one another’s burdens”. Doesn’t that mean to carry one another’s burdens? Add to this very simple and clear statement, “shall not be infringed” and you have, “U.S. citizens have the unmistakable right to own and carry guns and this right will not be encroached upon or violated in anyway”.

I must admit that it feels good to clear the air on these amendments. I realize that my focus was more on certain sections in the amendments but I am of the opinion that that’s what the majority of people want to see.

Based upon our interpretation using Webster’s Dictionary I think that the government owes “We the people” a big apology and to be given our rights back.

We learned or at least brushed up on the facts that those that sue others for displaying some religious symbol on State or Federal property should be counter sued with the Judge and Supreme Court Justices being counter sued also, or at least we should have the right to give them a wedgie as long as they revisit there stupid interpretations and fix the issue.

And too those who have been in power misinterpreting the Amendments of the Bill of Rights should maybe worry a tad since by law we have all been given the right to own and even carry guns and there is nothing they can do about it.

Related reading: 5 Guns every prepper should own

I’m just having a little fun but in reality I’m extremely serious about our Constitutional rights. Barack Obama and many others are continually trying to take our guns away from us but that will never happen here the the U.S.A., at least not without a fight. In the word’s of Patrick Henry, “Give me liberty or give me death!” When it comes to gun ownership let that be our motto!