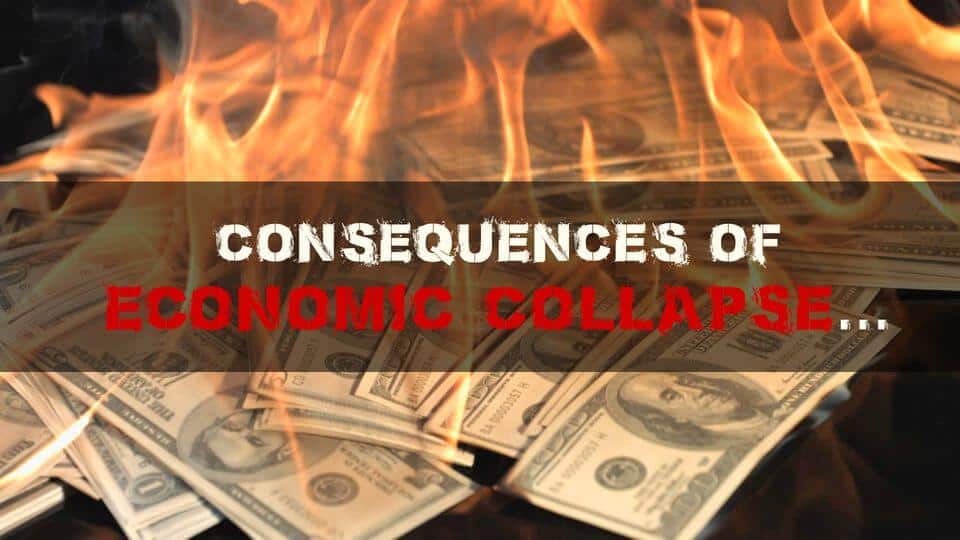 I’m hesitant to write what I perceive to be the truth of what is waiting in the wings for Americans, but feel compelled to do so in order to convince as many people as I can to prepare for the inevitable.

The following fictional work is what I see as very likely;

My name is Josh Lindsay, are you here to help us? Anyway I live …well you can see my neighborhood just this side of that billowing smoke down there. It looks like the proverbial crap has finally hit the fan doesn’t it? I’ll tell you, from what I’ve seen it’s far worse than I could have ever imagined. To give you an idea at this time right back there a few houses you can smell the stench of rotting corpses. Buzzards have been seen feasting on the festering remains of people scattered about.

The pets that survived are eating the dead instead of starving to death.  Disease carried by rodents and flies are making people sick and killing untold numbers of them. There are no services like trash pick up or water so human waste, contaminated water, and rotting bodies are making people real sick and a lot of them are dying.

Most of the people starved to death because the small amount of food they had in their homes ran out and the stores were emptied out in just a couple of days and the trucks simply stopped coming. There is no water and no food. I suppose the people supplying the water just left their jobs because they were not going to get paid anyway so they went home to protect their families like everyone else.

Right after the collapse millions of people went crazy looting, rioting and many just went outright berserk. Robbing, raping, and murder were everywhere. Fires were a major problem as they spread like crazy leaving a whole lot of people homeless or dead. I could hear gun shots in all directions, still do, and the occasional explosion from the fires. You know what I’m talking about, when 50 million people are supported by the government and all of a sudden they get cut off from their government assistance the fuse was lit for what was probably the worst civil unrest in history. It’s a little better now but not much.

In a matter of days we all found ourselves having to go out and look for food while trying to avoid the areas where fires still burned and where there are more criminals.  I’ve seen people die while attempting to steal supplies that belonged to others and die trying to defend those supplies. Most neighborhoods have been like war zones. There was no law to protect people. No money to buy things but that didn’t matter the stores were already empty. There was no power, no services of any kind. People were left to fend for themselves and with winter coming quickly how will anyone survive?

The millions of people whose health was dependent on medicine are dying as well as the vast majority of seniors living on social security. They are starving of thirst and hunger, dying from disease, lack of medication, being killed by thugs or if able they are looking for food and water just like me to make it another day. Parts of the city was said to be a living hell with very few survivors. The more suburban areas were a little better off. I’ve heard rumors that in the out in the country there are large groups of marauders and bandits killing people and taking their supplies as there are no witnesses due to most of the homes being isolated. Small armies of bad people were said to be ruthlessly raping and killing families and taking what they had.

The real survivors are the people that saw this whole thing coming and prepared. I read some articles on prepping as it’s called while online in the days leading up to the economic collapse. The smart ones stocked up on food, water, guns, ammo, power sources, heat sources, a vast array of usable items, books and documents containing the knowledge and skills to survive, communications, and a team to coordinate offensive and defensive tactics. They should be alright depending on their supplies and the government eventually coming to the aid of the people.

I am expecting martial law to be implemented at any time. I’ve heard rumors that apparently came from a man that had a ham radio. I heard he said that martial law was in effect in places on the west coast and he talked about FEMA Camps being set up all over.  Some saw this as a good thing while others saw it as a bad thing. The lady passing the news to a group of us a couple days ago said the radio operator spoke of people that had a stockpile of food and guns and had it all taken from them under something called N.D.A.A. Lastly, she said the radio operator claimed that large numbers of people were being sent to the FEMA Camps.

I did talk to this real smart guy about a week ago and he said that our currency had collapsed under the tremendous debt in our country. That China and Russia helped bring about the collapse. He said something about the dollar would have collapsed soon anyway  in part because it would no longer be the world’s reserve currency  but he just went on and on and on about derivatives and bubbles.

That’s all I know. About six weeks ago I was a manager in a print shop and I never took the rumors of economic collapse seriously. Now, I have my wife in hiding close to our house while I forage for food and water that we can boil on a little fire. We don’t know where our next meal is coming from and if I can find a little food and make it back to my wife I need too, winter is quickly approaching as the nights are already getting cold.  It doesn’t look good for us does it?  The only exception being those who properly prepared. They are called preppers or survivalist.  Mister if you find any food the wife and I would greatly appreciate it if you would let us know where to find it.  Good talking to you.