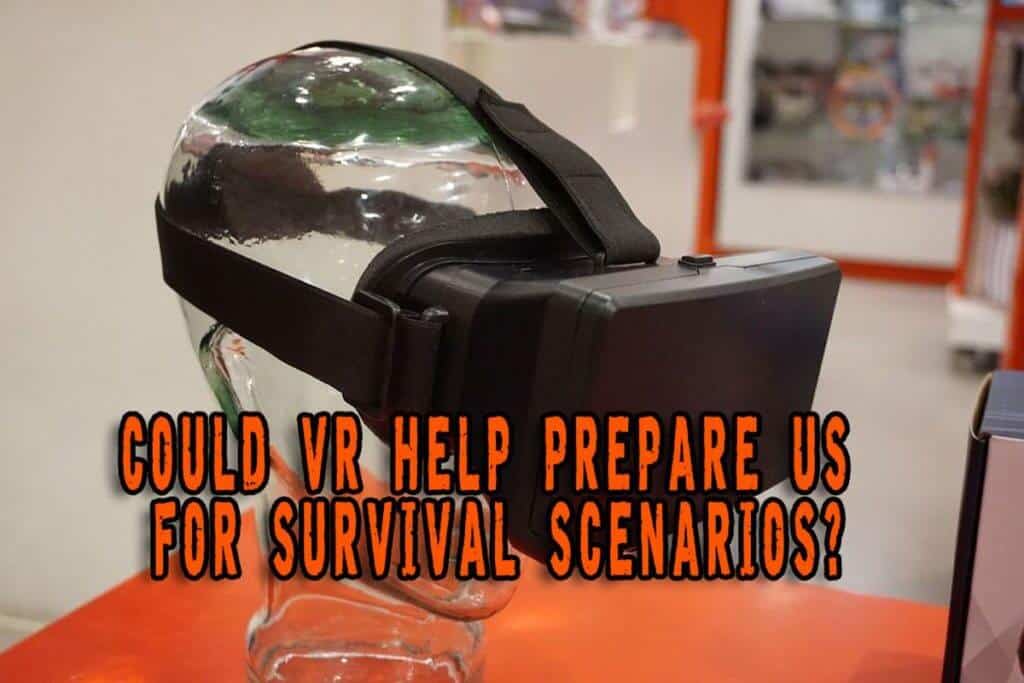 Virtual reality has been the trendiest topic in tech for a few years running now, and it doesn’t seem to be slowing down in 2018. CES, always the biggest tech conference of the year, has already come and gone and many of the headlines made related to virtual reality. It’s something that’s going to keep evolving this year and for years to come, and in a way that means we probably don’t really understand VR’s potential and impact just yet.

Naturally the primary avenue for VR to reach consumers has been through gaming. While it might be a stretch to say it’s specifically a gaming technology, it was the promise of interactive, 3D video games that seems to have driven VR forward and captured consumer interest.

Leading headsets like the Oculus Rift, HTC Vive, and PlayStation VR can be used for all kinds of interesting experiences, but they’re now viewed essentially as a sort of next generation of gaming consoles – not necessarily better than a typical Xbox or PlayStation, but the first truly new thing in gaming in quite some time.

This shouldn’t obscure the other uses for VR though. The most important is probably that VR is being put to use in healthcare in various ways, largely being used to treat conditions and disorders that have previously been difficult to address.

Less specifically, VR is also emerging as a potentially invaluable tool for dealing with anxiety and depression. Healthcare aside, virtual reality has also become a useful technology in teaching, in exercise, in certain kinds of storytelling, in artistic creation, and various other areas.

What we’re asking here is whether or not it might also be useful in helping people to prepare for survival scenarios they could conceivably face in the real world.

Contents hide
1 VR’s Foundation Is Environment
2 There Are Adventures In Nature
3 Building Survival Mechanisms In VR
4 Navigating A Catastrophe
4.1 Useful resources to check out:

The open secret of modern gaming that no one ever really addresses is that it all comes down to environment. This is what ultimately enables VR to be such a success even when it’s a brand new technology that is essentially still feeling itself out. The best example to back up this theory is one a lot of people probably wouldn’t expect, and actually predates the rise of VR gaming: it’s the idea of casino games advancing from bland arcade modes to 3D experiences.

As one overview of this kind of gaming puts it, players can experience an exciting new era of gaming now that basic arcades are being presented in 3D. Now, characters, background settings and other gaming elements come to life and establish a true environment, drawing the player in to an experience that feels bigger than a simple slot reel or something of the like. It’s a fairly specific example, but because it’s taken something so bland and turned it into something legitimately immersive it illustrates the idea perfectly: better environments just draw people in.

VR developers are well aware of this even if it’s not something that’s commonly articulated. We tend to see more headlines and analyses about the different genres of games being put out on VR headsets, or how the controls work, etc. What really matters is how convincing the environments are. It has to look real and feel interesting, or else it’s no better than a typical video game (and probably has clunkier controls).

What this means is that VR developers are already focused on perfecting environments – creating sharp, realistic, convincing settings that feel to players like real worlds. The stage is set, in other words, for perfectly engaging survival scenarios.

There Are Adventures In Nature

Having established that environment is the true key to a good virtual reality experience, we should also note that some of the most effective early examples have already involved adventures in nature. In some cases this can at least border on presenting a survival experience, and it lays the groundwork for other nature-based games that are solely about how to endure difficult conditions.

The primary example of a game that fits into this category is The Climb on the Oculus Rift. This game actually came out fairly early in the era of virtual reality, and quickly became a hit because of its beautiful visuals and daredevil concept. Now one of several titles that have made over $1 million for Oculus, The Climb essentially challenged players to scale massive cliffs and the like with a full visual range of the surroundings.

We wouldn’t quite call it a survival game, though climbing isn’t a bad skill to develop and the game at least loosely taught players how to look for footing, etc. (though we wouldn’t recommend a challenging climb with only this for training). The broader point is that in at least a few cases focus on a good environment combined with adventure concepts has touched on what a survival game might look like.

Moving past examples, let’s imagine how VR could more directly teach survival skills. This site has posted before about everything from the best on-the-fly respirator ideas during a chemical attack to how to build a wilderness shelter with natural materials.

These are hypothetical teachings given that you never know exactly what might be at your disposal if and when catastrophe strikes. However, couldn’t a VR program teach you how to build these kinds of mechanisms, shelters, or even medicines more effectively than any article or book?

This would seem to be the perfect design for a VR experience that could teach survival skills. The program could take full advantage of developers’ skills crafting stunning environments and plop you down into a convincing, realistic setting. This has a legitimate neurological effect in taking you out of your safe, physical space and making you feel like the conditions (and dangers) around you are real. Within these virtual confines, the task of building a shelter, building a given mechanism, etc. would seem to have real stakes, and the learning experience could be invaluable.

Making more use of whatever environment was created, a full-fledged survival VR experience would go beyond teaching you to craft a shelter or mechanism and actually get into navigating during a catastrophe. Different programs could set you up to combat a chemical attack, a massive natural disaster, a nuclear attack, or even, on the more tongue-in-cheek side, a zombie apocalypse (and for that matter apps like this already exist). Hopefully by this point you see that the potential is actually just about limitless.

VR simulations of situations like these could feel like a game, and even be fun in practice. With convincing settings, timed scenarios, and danger that can feel quite real, however, these programs would also make for very effective training.