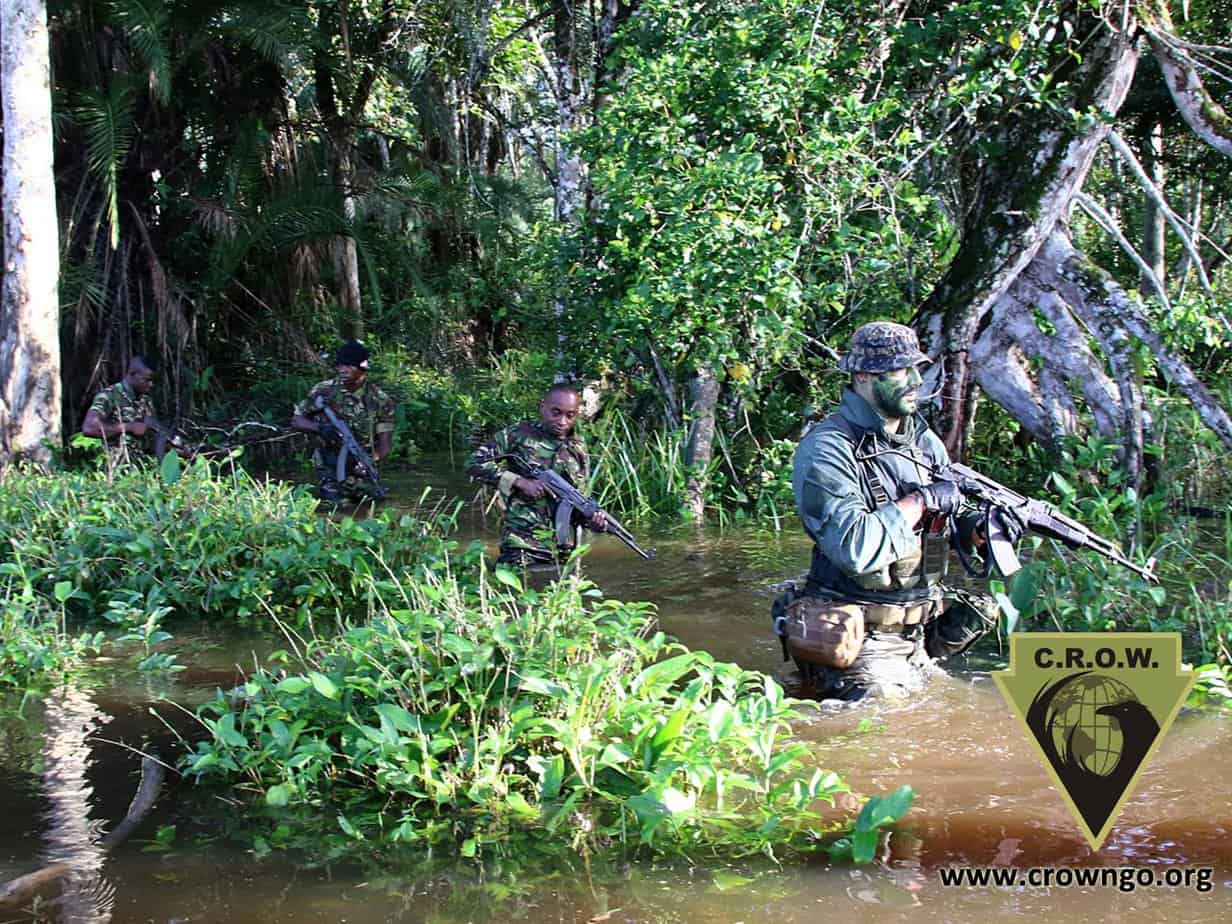 The purpose of this article is to dig into an ordinary day in the lives of APU (Antipoaching Units). As allegedly reported by the news, the demand for animals part is still very high in the Far East part of the world, as poaching knows no crisis.

“[…] The poacher is the lowest part of the chain and often easily replaced. The killing of a poacher will reveal no valuable information, but merely escalate a conflict. The primary goal is to apprehend the poacher alive or follow him to his doorstep and through other means unravel the organized network. The probability of getting caught and sentenced is crucial in preventing crime, and tracking is crucial in this context in bush environments […]”

(“Sign and the Art of Tracking“, Christian Nellmann, Jack Kearney and Stig Nårstad, 2011)

For this reason, in July 2018, I decided to attend a two-week course to pair my expertise in Tracking with all the skills related to Wildlife Conservation. That is how my personal path as Conservation Ranger began, after successfully passing the final examinations.

In this article, I will focus on what it means to be prepared to face any dangerous situation being a Ranger committed to Wildlife conservation in medium/high-risk countries with constant political, social, and economic instability.

Antipoaching Rangers: what they do and how 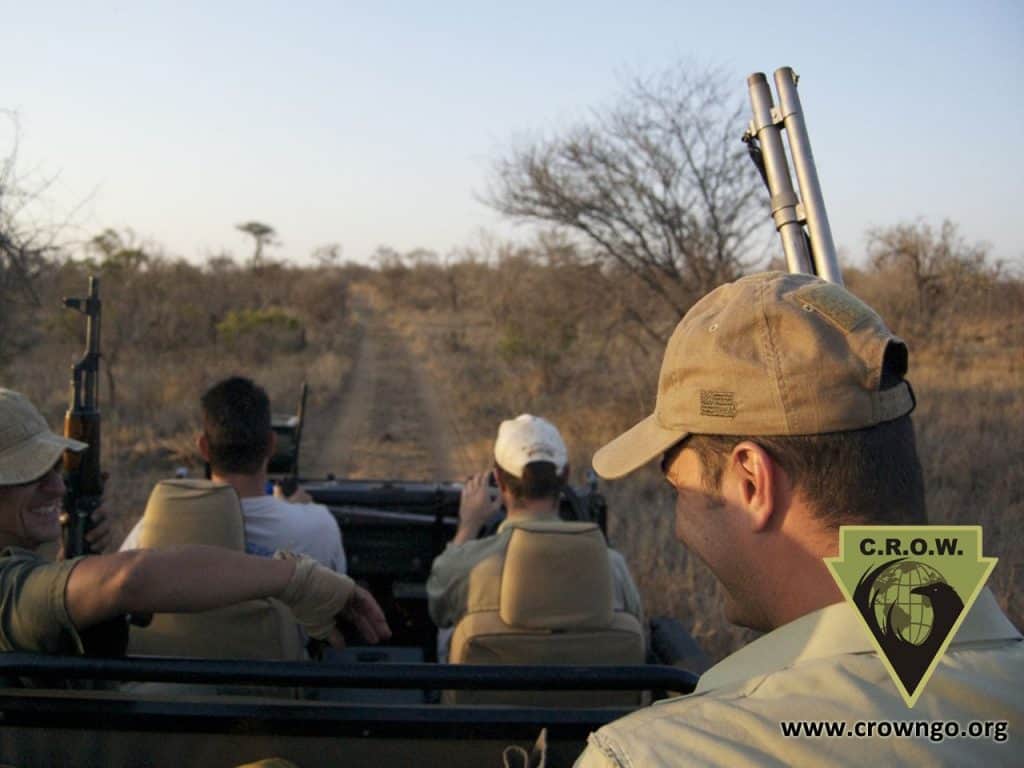 First of all,  it is essential to underline that the activities carried out by the APU are very varied, including prevention, deterrence, and operational intervention.

The initial employment of microchips pierced inside the horns of the rhinos are intended to monitor the specimens and to guarantee the possible capture of the poachers; furthermore, the preventive cutting of the horn without causing any damage to the animal is useful both to the research and either the removal of traps.

However, this technique has been found ineffective since the poachers, after following the tracks of a specimen for ore, do not hesitate to knock it down to not recently run into the horn.

Plus, deterrence tasks concern the perimeter surveillance of reserves and checkpoints for the control of suspect vehicles.

\”[…] Tracking is no mystery, but plain practical skills that can be acquired through training like anything else […] A single tracker that points out a direction or sector of a fugitive, can within minutes have saved the work of hundreds of personnel trying to catch a glimpse of the person in any direction, and thus help optimize the use of resources in the search. […] A trained tracker can quickly discern from movement patterns also characteristics about the subject, although this is at the more experienced level […]”

(“Sign and the Art of Tracking“, Christian Nellmann, Jack Kearney and Stig Nårstad, 2011)

The valuable quote above perfectly depicts how Tracking can be of utter aid when it comes to tracking animals as well as poachers, even when any deceptive tracks like brushing out the tracks, changing shoes, even walking on a blanket might be put into use.

The operational intervention involves the application of teams responsible for the intensive patrolling of large areas of forest or savannah in search of tracks of poachers. This activity is certainly the most dangerous one, since the severe penalties imposed on the ‘facts’ caught on the poachers often motivate them to use their weapons even against rangers, with lethal results on both sides.

A  day in the life of Conservation Rangers 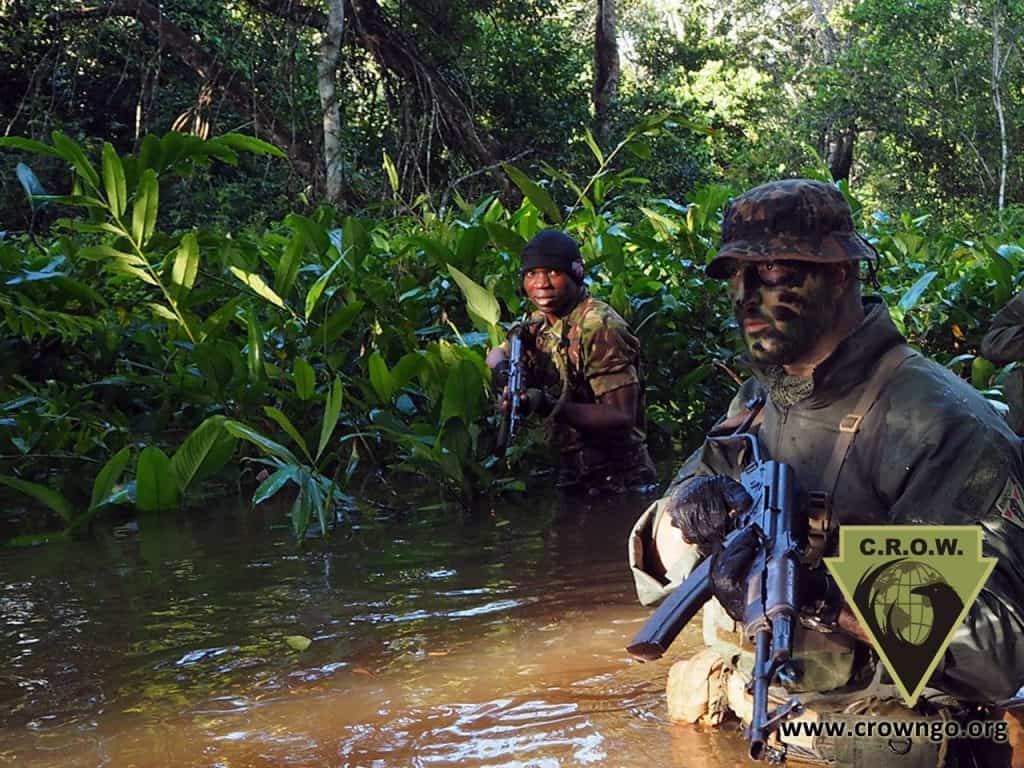 “[…] Three men armed with AK-47s leave their homes before sunrise and head for a bushland area they know very well. After following tracks for about an hour, they spot their target: a female rhino with her calf at about 100 meters. The favorable wind allows them to approach the rhinos without being identified. Furthermore, rhinos have highly limited vision, which gives the three men an additional advantage.

Once at a proper distance and position, the three men fire a few shots at the rhino cow’s pachyderm, making it impossible for her to escape. The calf, as often happens, stays close to the injured mother trying to protect her and is mowed down by a gust of 7.62X39 rounds. The calf  has not yet developed the sought-after horn. Nonetheless, it is killed because its attempt to protect the mother hinders the three mens’ ability to chop the mother’s horn and quickly escape.

The three men rapidly approach the immobilized rhino cow, who is stiff from pain. While the wounded prey tries to get up, the men break its spine with a series of axe blows. While the dying animal foams from the pain, the men begin removing her horn with a “panga” or an axe. Sometimes, the entire front of the rhino’s head is amputated to speed the process along […]” (Andy Martin, Conservation Rangers Operations Worldwide Chief Instructor and C.E.O.)

Every day this scene repeats itself. This means that over 1,000 rhinos are slaughtered every year. Although a slightly decreasing trend (which could be interpreted as a sign of hope), this does not actually represent a decrease in demand. In fact, it sadly represents a scarcity of rhinos remaining in the wild. 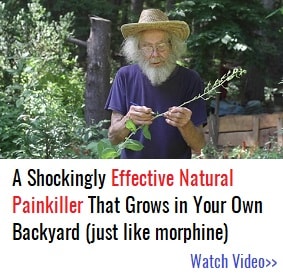 The most shocking aspect of rhino poaching is the reason behind their slaughter. The most pressing demand for rhino horn comes from the Far East. Particularly consumer markets in China and Vietnam, where rhino horn is considered to be a powerful remedy for various diseases.

However, tons of scientific researches have repeatedly highlighted that rhino horn is nothing more than a keratinous tissue, very similar to human nails and completely devoid of any medical function.

Fortunately, the demand for rhino horn is decreasing sharply from Yemen, where it was traditionally used to make “jambiya” ceremonial knives.

Highly efficient criminal organizations, with the “collaboration” of local institutions, smuggle rare animal parts. When measured in volume, wildlife trafficking is the fourth largest illegal trafficking market in the world, subsequent to weapons, drugs, and human trafficking. Just think about the volume of it.

Who are the poachers, and why they do

The lowest level of poachers are generally the local poachers. The weapons used are rifles, pointed poles, nets, and traps. Such traps include “snares,” which function by shrinking until they tear the animal’s flesh and lead to a slow death.

Snares kill indiscriminately and have been known to catch elephants, cheetahs, antelopes, and giraffes. Thousands of animals die through the use of snares; however, the carcass of the dead animal is not even recovered in 70% of these cases.

The more sophisticated poachers tend to be wealthy entrepreneurs, unscrupulous politicians, or individuals involved in other criminal activity. These individuals tend to hire poachers and equip them with a variety of tools (including boats and helicopters).

What is the life of a rhino worth? 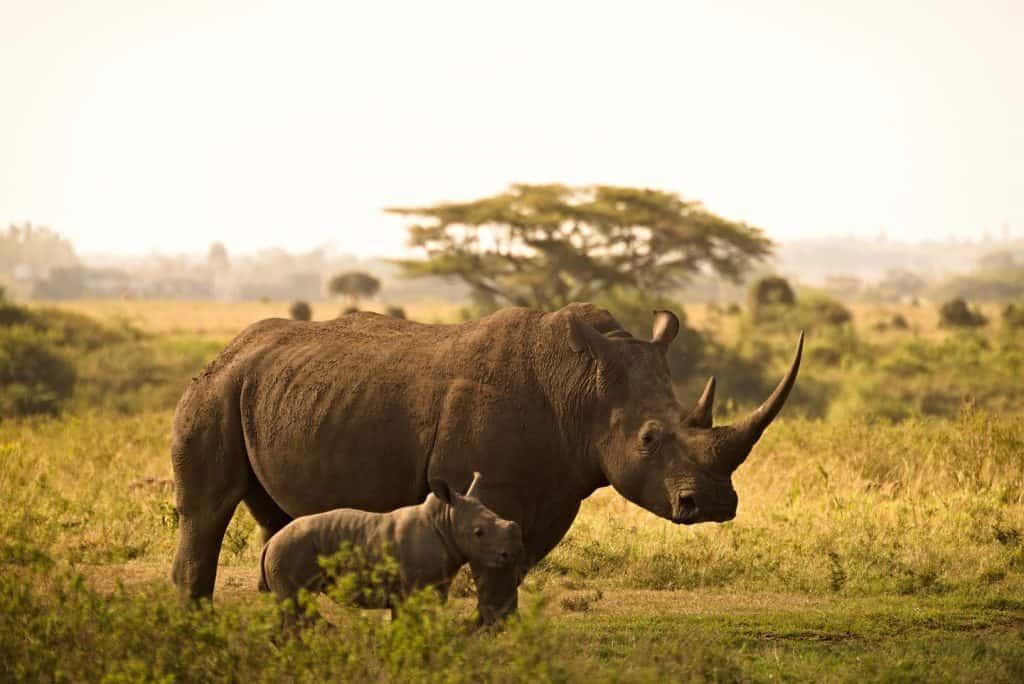 Native poachers settle for a few hundred dollars to kill a specimen. However, due to the strong Chinese and Vietnamese demand, a kilogram of rhino horn can cost up to $ 60,000 to the end-user. This equals about $ 350,000 for a medium-sized horn.

Rhinos have become the symbol of a macabre trade that also affects many other animal species. Elephants, for example, are in demand due to their ivory. The primary market tends to be China, where it is converted into molds, stamps, and “artwork.”

Tigers are also implicated in the demand for wildlife products. Their fur, bowels, and even bones are believed to be endowed with healing powers in traditional Chinese medicine.

Even the noblest symbol of the African continent, the lion, is sadly not immune from poaching and deforestation. CITES, the international body responsible for monitoring flora and fauna has included the lion on its list of animals at risk of extinction.

Anti-poaching Units all over Africa

Some African countries, such as Kenya, Botswana, Namibia, Zimbabwe, and South Africa, have taken concrete steps to combat poaching. These countries tend to use specialized personnel consisting of “Anti-Poaching Units”: teams of specialized rangers sometimes made up of ex-soldiers, whose job is to prevent poaching.

The activities carried out by the APU are varied: prevention, deterrence, and intervention. The former includes the insertion of microchips in the horns of rhinos for monitoring the specimens and the capture of poachers.

How to be prepared against poachers 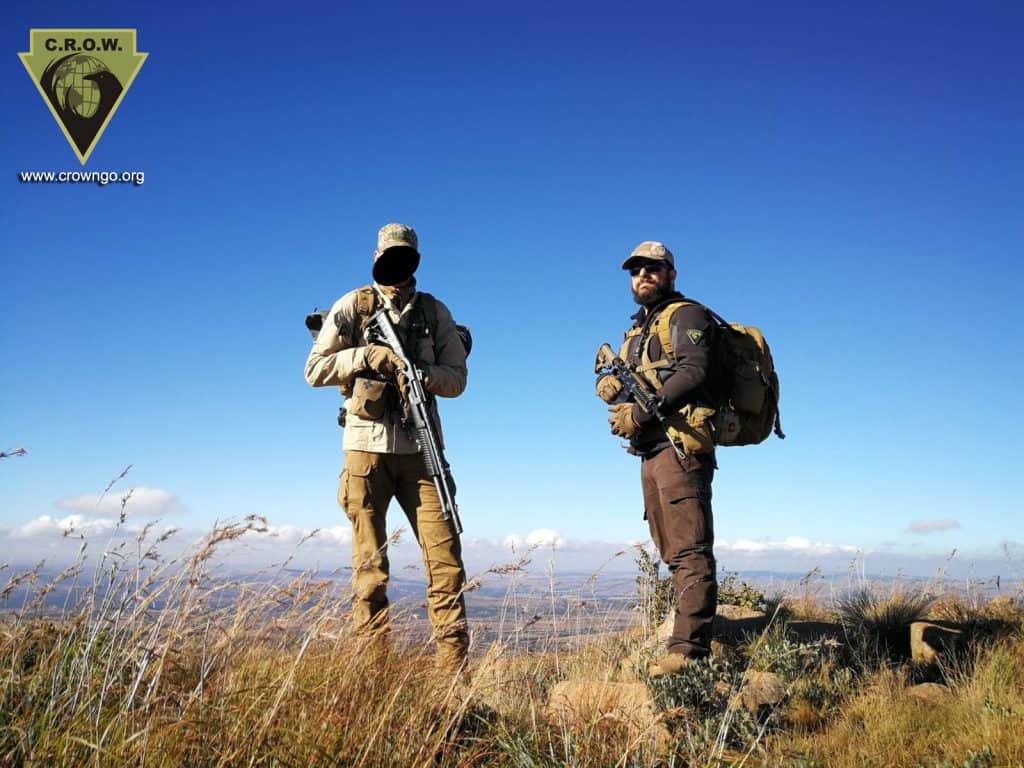 The preventive cutting of the horn is another method used to stop poaching. However, this technique has sometimes proved ineffective because poachers, after following the traces of a rhino for hours, do not hesitate to shoot it down so as to not run into hornless specimens again.

The deterrence tasks and preparedness of APU involve perimeter surveillance of reserves and setting up roadblocks for the control of suspicious vehicles.

Operational intervention involves the organization of teams responsible for the intensive patrolling of vast areas of forest or savannah in search of any tracks left by poachers.

This activity is certainly the most dangerous because the legal penalties inflicted on poachers can motivate them to use their weapons against the APU. Such a situation may result in deadly outcomes for both sides.

Various international organizations play a role in the aforementioned activities, including Conservation Rangers Operations Worldwide (C.R.O.W.) The mission of C.R.O.W. is to create a standard of professionalism that will be useful for fighting increasingly dangerous and well-equipped poachers.

The WWF reports that in 2018 about 40% of APU rangers indicate that the training received is outdated and inadequate to prepare them for the realities of their job.

In Europe and North America, the poaching of rare species is a mere media phenomenon and therefore does not feel part of our reality. However, in Africa and Asia, it is a real conflict in which the interests of some clash with the determined desire to defend nature and the future of our planet.

We hope that for once, it is not the economic interest that prevails, but the sense of responsibility towards nature and future generations.

C.R.O.W. is a 501(c)(3) non-profit organization registered in the U.S. Our mission, as an international educational institution, is to establish and train APU rangers to a set standard in the skills necessary for conservation efforts. Our final goal is to raise the bar for quality APU training, provide volunteer APU rangers to parks in need, and provide researchers to parks in need.