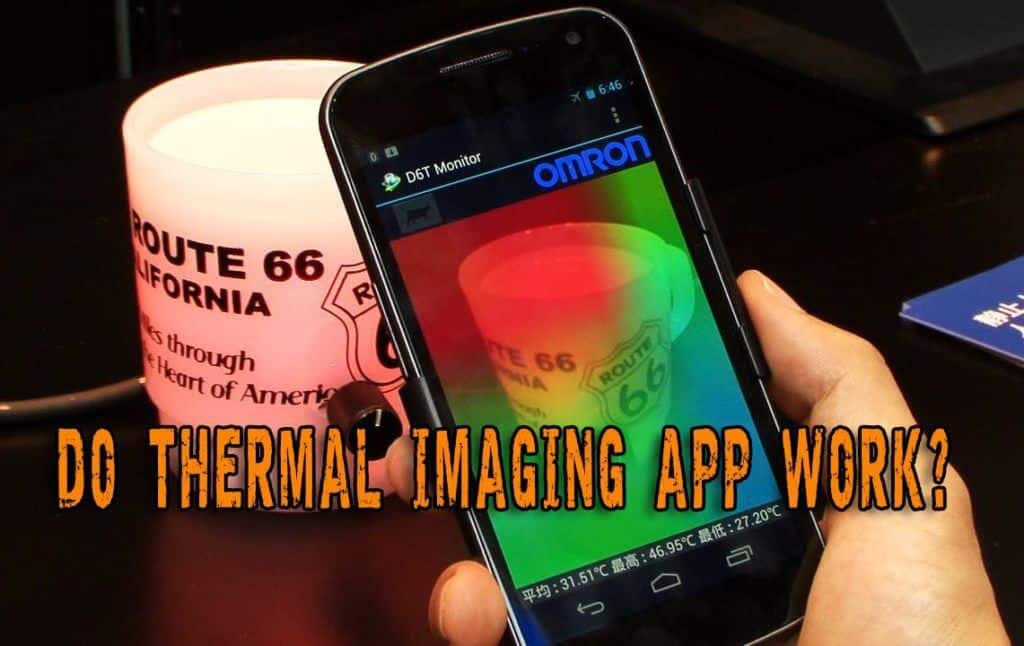 Thermal imaging is the process of seeing the objects even in darkness with the help of the heat emanating from the object. Alternatively, thermal imaging is the process of picking up of the heat signatures from the scene in front of the camera and provides this data to an electronic circuit which displays the real view of the scene. Heat is a form of radiation which holds an important position in the electromagnetic spectrum.

Another form of the heat is the infrared radiation which cannot be seen by our naked eye. But a thermal imaging camera can see it. Regardless of whatever device this thermal imaging is incorporated, this technique works well for heat vision camera, thermal binoculars, thermal monocular, thermal cameras military accessories, etc.

These specialized thermal cameras are very handy in size and hence they can be easily carried in your pocket or a sleeve in your common backpack. Moreover, this thermal imaging camera can be connected to your smartphone through a micro USB slot.

For such synchronization, we need a special app to be installed on the Smartphone. There are numerous such apps in the Google play store, but there are some apps which prove to be exceptional by providing a high-quality image after its installation. Usually, videos are recorded concerning a terminology known as frames per second. As the name suggests, a frame is nothing but an image. Now if you read it out, you get the words as “images per second”. As you know, a video is the series of images and the frames per second tells how many pictures can be displayed in a second. A standard rate for the television is around 30 fps.

It can clearly see a small temperature change at a distance of 1000 feet and so the gender of the person standing at such a distance can be easily determined.

Related reading: How To Develop Night Vision For Survival

This is an exquisite thermal imaging app which can record the images and videos even when it is completely dark around you. Moreover, thermal camera FX app also allows flashes of your camera. The most crucial aspect of this app is the requirement of a thermal camera which is a peripheral device and not an inbuilt one.

Seek thermal is the brand name for both the app and the peripheral thermal camera. True to its name, it can record even the nuances of the temperature changes of any environment, by having good synchronization with the sleek thermal app. Since this app, provides you a clear thermal image with lucid distinctions between the hot and cold regions these apps are highly reliable for outdoor activities like hunting, camping, hiking, exploring etc.

iPhones are ideal smartphones which work with the unique IOS operating system. Obviously, the above mentioned thermal imaging apps shall not be suitable for the iPhones. But there are another set of apps to operate the heat detections in the iPhones.

Although this app is available for the smartphones with OS operating system, there is also another version of this app with a different configuration compatible with the iPhone. Even though, this app is compatible only with the sleek heat detecting camera it produces a high-quality image at diverse thermal conditions. Moreover, it can be operated both in day and night times.

This is another thermal imaging app which is suitable for the iPhones which work with the IOS operating system. True to its name, it provides a high clarity image in which the hot and the cold objects can be easily distinguished from each other.

Colors of the thermal imaging technique

We know that an optical device like a camera can collect the visible light radiating from the object and provide that data to the electronic circuit inside to store the image. Unlike a camera, the colors seen in a thermograph are very much different from any other optical device. In a thermograph, increased infrared radiation is provided by the bright and warm colors like red, orange and yellow whereas the limited infrared radiation corresponds to the dark colors like the purple, dark blue and black. Bright yellow corresponds to some electrical faults.

Even though thermal imaging systems have been used in various fields like surveillance, firefighting, law enforcement, military, etc. they are also required to explore some domestic household defects like water and gas leakage, muscle issues, and also some problems with the roof and electrical matters. Especially, when a house inspector, comes to check the quality of the house he needs a robust thermal imaging device to scan the hidden complications in the house.

In such cases, a device with good accuracy, resolution, controls, and durability shall be very supportive to him. A device with reinforcements like a big screen and Bluetooth facilities can also be very helpful to him.

The infrared camera can even see through the plastic materials and climatic opponents like fog, mist, clouds, etc and so they can be used to check the belongings of the people in the aircraft.

Humans are known to be warm-blooded animals that can generate their heat and so exterior health issues can be easy with this thermal imaging system.

It is to be noted that the infrared rays don’t pass through the glass and so they appear to be cold and dark.