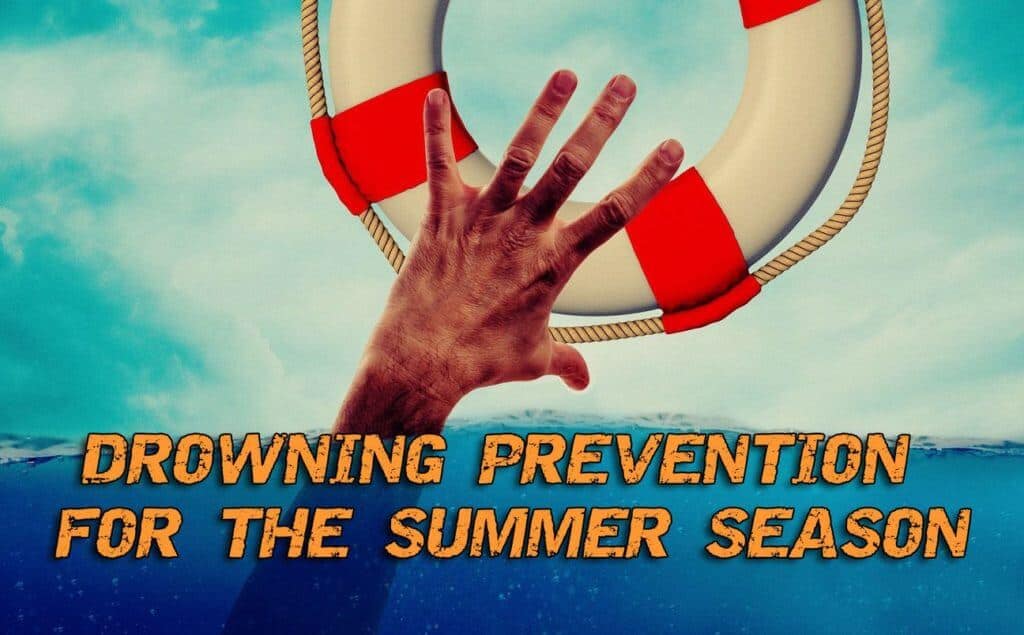 Every year thousands of people drown about 10 deaths per day in the United States alone. Drowning can happen to any family. It’s quick, silent, and it leaves families scarred for life. Drowning prevention should be taught, and swimming lessons should be mandatory in schools.

Statistics show that 90 percent drown within 10 yards of safety. Males drown 3 to 5 times more frequently than females, and this increases to 30 times in the younger age groups. Drowning is the third most common cause of death in infants, following neonatal mortality and motor vehicle accidents.

Contributing causes in children can include lack of supervision, intoxicated supervising adults, child neglect and abuse, and parents not knowing who is watching the child. In adults contributing factors can include alcohol (in up to 80 percent), boating mishaps, poor or no swimming ability, injuries, medical problems (heart attacks, strokes, suicides, etc.), bad weather, getting tangled in weeds or rope, and cold (hypothermia).

Before we talk about what should be done for the drowning person, let’s talk about preventative measures. It would seem that if alcohol is a contributing factor in up to 80 percent of the cases, refraining from it would be prudent when near the water.

Another thing that would help matters greatly is the wearing of PFDs (personal flotation devices). In Minnesota, where I live, it is required that every person on board a watercraft wear or have readily accessible a Coast Guard approved Type I, II, III, IV or V personal flotation device (PFD) which is in serviceable condition. Furthermore, it must be of the appropriate size for the intended wearer, if it is the type that is to be worn.

Choosing a PFD for drowning prevention

There are 5 basic types of PFDs, as you will see in the following lines.

The Type I is a vest or yoke type device generally found on commercial craft. It is designed to turn most unconscious persons from a face downward to a face-up position in the water. This PFD is recommended for all waters, especially open, rough, or remote waters where rescue can be delayed. The disadvantage of it is the bulky and awkward size, which makes it difficult to swim in.

Type II is a buoyant vest that often treks like a horse collar and is worn like a bib. It has the same turning ability as a Type I, but will not turn as many persons under similar conditions.  This PFD is recommended for calm, inland waters where there is a good chance of rescue.

The Type III PFDs are a special purpose. These are foam usually filled, and come in a variety of colors and styles, including vests for sailing, canoeing, water-skiing, hunting, and general boating as well as full-sleeved jackets. They will not upright an individual, but offer the protection against immersion hypothermia. This PFD is recommended for calm, inland waters where there is a good chance of rescue

Type IV PFDs include buoyant cushions or ring buoys. These are not designed for wearing. These, as all other PFDs should be checked periodically to assure that they are still in serviceable condition. They are recommended for all waters where help is present.

The type V PFD is designed for specific activities where certain approval conditions must be met. Some Type 5 is designed for cooler climates, and others are approved only when worn.

Let’s assume that the PFD has been worn (if not that, close enough to be grabbed) and you are in the water. It is important to remember that body heat is lost up to 30 times faster in water than in air and cold water is not going to help matters.

Keeping your head out of the water is important, not only for the fact that you will be able to breathe, but that 50 percent of body heat is lost from the head. The neck, sides, and groin are other high heat loss areas.

There is a position, the H.E.L.P. (heat escape lessening posture). This position increases the time that it takes for heat to leave the body. It should be noted that some PFDs prohibit such a position and that even a partial H.E.L.P. position is better than none.

If you are not alone, huddle with others. Swimming to shore is usually not suggested as some victims are not good swimmers, to begin with, and the cold water does not help. Staying with the watercraft is suggested as it is easier to spot compared to a person. Swim only if there is no chance of being rescued, and if at all possible, have a PFD with you.

On the rescuer’s side

OK, you are not the victim, but the rescuer. Do not go into the water to save someone unless you are a good swimmer and have been trained in water rescue.

If the victim is responsive and close, you can hold out an object and have him, or she grab it, allowing you to pull them to safety. A branch, oar, stick, anything similar should work. You can possibly grab the person, making sure that you will not be pulled into the water by a strong current or the victim himself.

If the victim is alert, but too far to reach an object held out to him, you can throw an object that will float. A PFD is great. Other objects that float are air mattresses, inner tubes, coolers, boards, lots of things. Once this reaches the victim, try to tow him to shore if it is attached to a line. When you pull, make sure you are safe, being no deeper than waist deep if you are wading out.

If the victim is too far away to reach for handing or throwing an object, you can row a boat to him. Wear a PFD! If the victim is conscious, have him grab the stern of the boat. You can hand an oar also to help him get into the boat. It can be very tricky, especially in a canoe to have a victim board. Be careful.

Priorities for the rescuers

Medically we have priorities. The airway, breathing, and circulation status of the victim must be established. All water accident victims are considered to have neck and back injuries until proven otherwise. Hypothermia has to be considered. Other injuries and illnesses should also be considered.

Let’s sort this out.

If the victim is alert, we can rule out major airway, breathing, and circulation problems. There could be a spinal injury, hypothermia, or other problems. The good news is that for now, the ABCs are intact.

If the victim is not responsive, we must, as soon as we can reach him, open the airway and assure that he is breathing on his own or with our help. This can be done with the victim in the water, the head above the water line. The head-tilt/chin-lift maneuver is suggested in most cases for opening an airway, but if there is suspicion of a spinal injury, try to use the jaw-thrust maneuver. The priority is an open airway, but again try to be considerate as to the possibility of a spinal injury.

If there is breathing, great, if not, give mouth to mouth ventilation. Don’t worry about whether there is a pulse or not until you get the Individual onto a flat surface as you cannot do external chest compressions otherwise. Once there, check for a pulse, and do chest compressions if need be.

I feel it is important at this time to mention MDR, the mammalian dive reflex. When the face is immersed in cold water, blood circulation concentrates on the core of the body, mainly the heart, lungs, and the brain. This can extend the survival time of an individual who is not breathing, or not breathing and having no heartbeat from the normal 4-6 minutes to over 45 minutes.

Contributing factors to the MDR are age, the younger, the better, and cold water. It seems that the mammalian dive reflex is strongest at birth and slowly decreases with age. Cold water is what induces the MDR. Water below 70 degrees F. Even in summer the water temperature is below 70 degrees F. below the thermocline.

The point of all this is that all drowning victims should have resuscitation attempted on them. Even the “obviously dead.” Immersion hypothermia causes a slowing of body metabolism, apnea (stoppage of breathing) and bradycardia (slow pulse rate). Don’t be fooled! Try!

As far as the spinal injuries go, the removal of a victim from the water should cause no twisting, bending, or shaking. Maintain body alignment if at all possible. Ideally, a backboard or similar device can be slid under the victim. If no backboard is available, try to have enough helpers lifting and removing the victim as a unit. One person in charge works best while doing this.

Once the victim is removed, you can treat other problems as priorities allow. If hypothermia presents itself, remove all wet clothing as soon as possible and wrap the victim in blankets or a sleeping bag.

Again, remember to cover the head, groin, and sides of the chest. Do not allow victims that have been re-warmed to walk, as stagnant blood, possibly cool, can circulate into the body’s core. This can cause “after drop.” For the same reason, hypothermia victims should be treated carefully.

One question often asked is “should get the water out of their lungs?” Let’s look at the drowning process itself. Initially, there is panic, a struggle, and breath holding. The victim swallows large amounts of water and vomits and aspirates (sucks it into the windpipe). This is a wet drowning. In a dry drowning, the victim has a laryngospasm that prevents water from getting into the lungs. When the laryngospasm relaxes, the victim is not breathing and little, if any water enters.

In either case, do not waste time getting water out of the lungs, but get oxygen into the lungs.

Once we educate people to avoid alcohol, wear PFDs, take C.P.R. courses, and keep a closer eye on children, we should be able to drop the near drowning and drowning statistics. Stay alert this summer and keep your loved ones safe. Drowning prevention becomes mandatory during this season, and you need to educate yourself to be able and act when the time calls for.