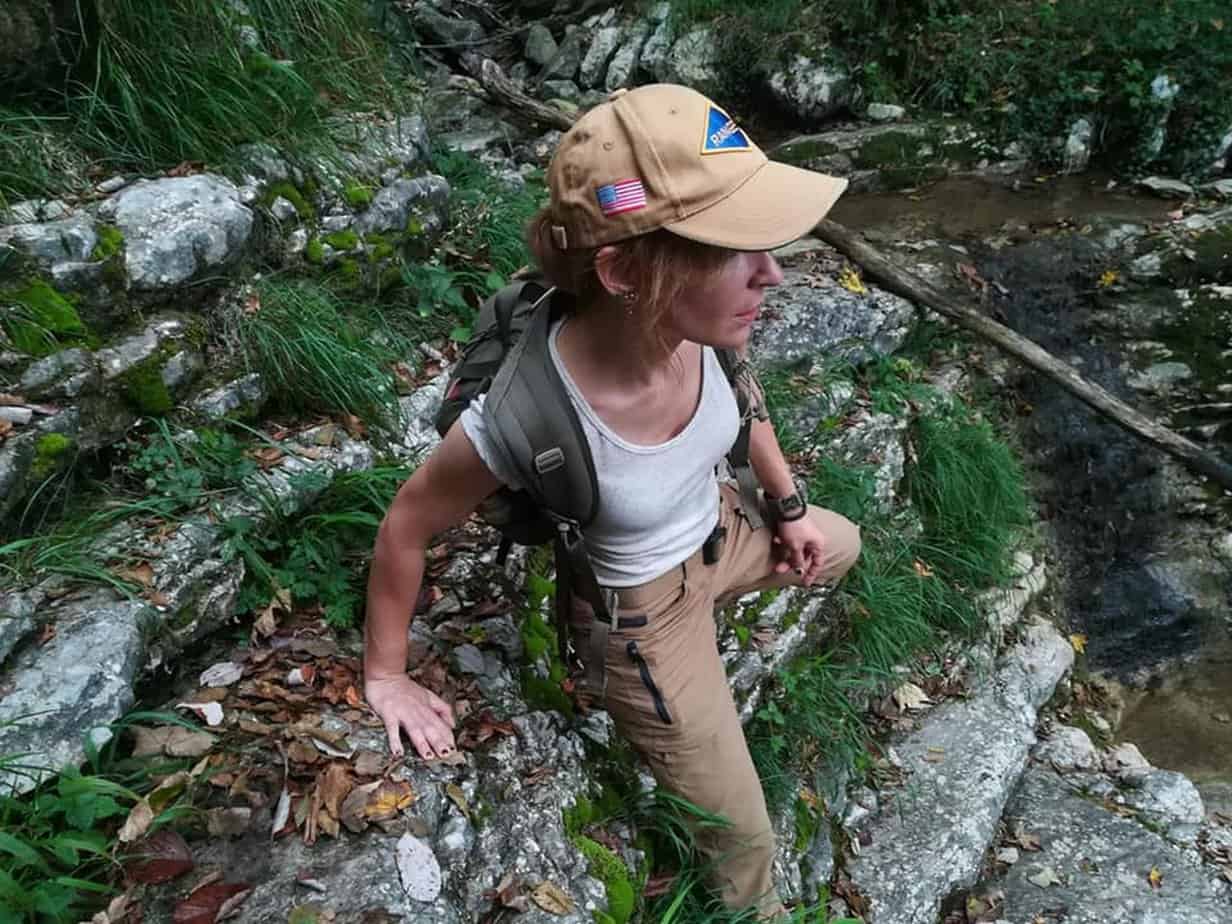 In the previous articles, I introduced you to some skills related to survival that every prepper should gain, master, and refresh with any opportunity they’ve got.  Now, the time has come to talk about my personal transformation into a prepper woman. I truly believe that there is nothing more valuable than sharing our own paths if our common goal is to grow into a solid and united community.

We all had a past before becoming preppers, that’s for sure. And there is nothing to be ashamed of if that life was very different than our current one.

I learned that some genuine ignorance we all experienced in the past can turn to be our strongest weapon when the will to survive arises in an emergency.

Life is all about choices

We all had a different life, but what about mine?

In fact, I used to be a singer in several heavy metal bands, so my weekend life was going on and off stages.

Let’s say that I have always been an outdoors enthusiast: therefore, for a determined amount of time (around three years), I sorted out to split my necessity for being off-grid and enjoying the outdoors with my activity as a singer and bass guitar player on the side.

But it didn’t last too much, as I developed a strong feeling and a constant urge to spend more time away from home, learning, and training in the woods.

In 2015, I officially quit the music scene to dedicate myself to studying the Art of Tracking, which required my total involvement and motivation and my focus 100% of the time.

I can honestly tell you that my interest in prepping goes back to 2012 – that Mayan year, I know! – when I approached this specific dimension for the very first time.

So, long story short, 2012 can be defined as “The Year of Understatement.” 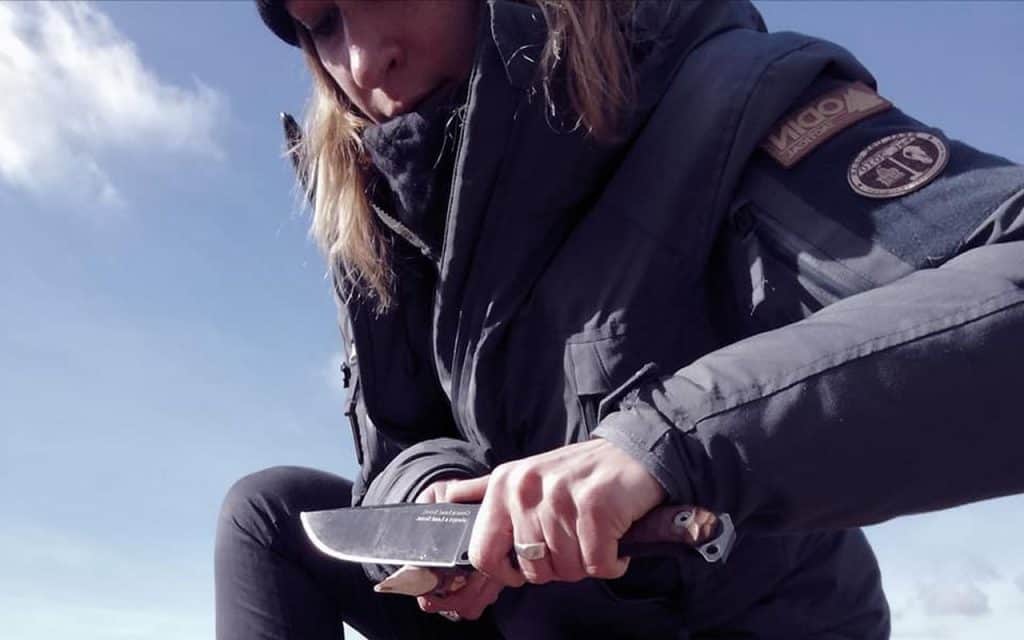 As often happens, we get across the world of prepping from different paths:

In my specific case, the last option worked even before the others.

I am perfectly aware that many other women out there could tell the very same!

Pushed by our partners, we started to see things in a different light. And personally speaking, this is a good and valuable starting point, just as any of the ones listed above.

My parents lived through very troublesome times marked by economic recession during the seventies and the years of terrorism and national guerrilla (till mid of the Eighties).

They both had absolutely no education in survival skills or prepping. They just loved the great outdoors, and they still do. They never claim themselves to be preppers.

That being said, stockpiling food, collecting and purifying water, and being self-reliant were quite odd things for me back in the day.

But I had the luck to find a partner who was not only familiar with all of these things but he was also pretty eager to teach others. The prepping couple was about to bloom.

Let me underline that there is nothing bad in admitting ignorance and sharing a true desire to learn skills with your partner. Prepping is not only about being prepared but also triggering and consolidating a new attitude in life.

Two persons, if united in achieving the same goals, can do a lot for each other. They can split duties and skills too: they can be tremendous support not only in psychological terms but also in practical abilities.

A new attitude – “Meeting other people keen on learning and sharing.” 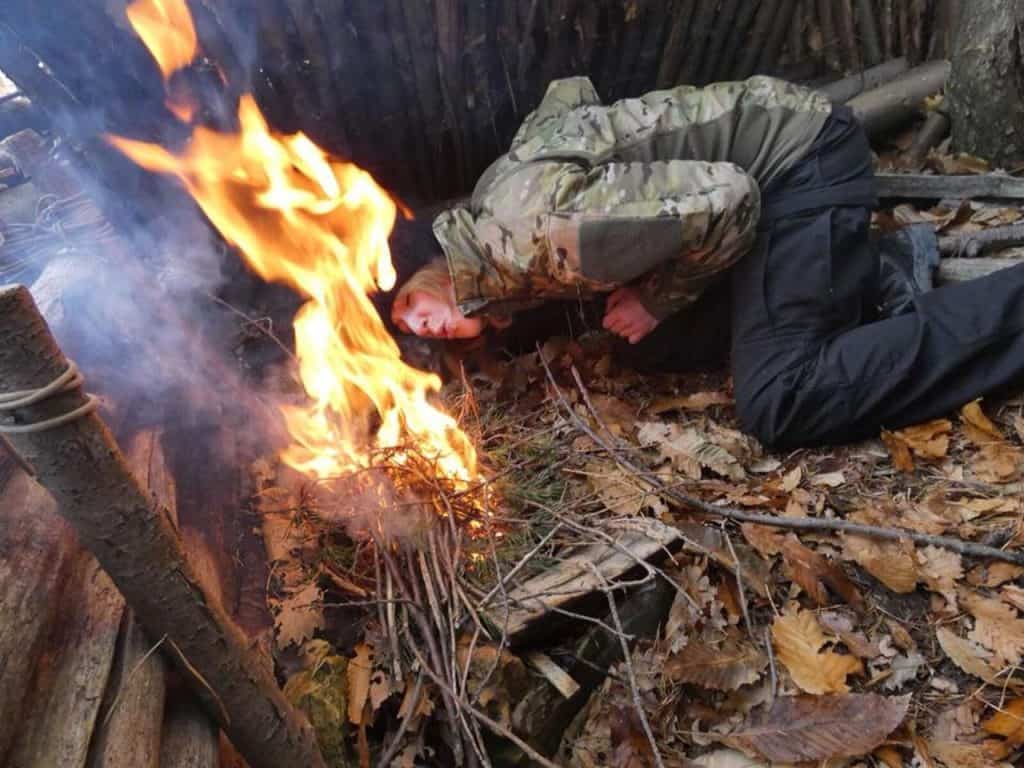 Back in June 2017, I attended a Prepping meeting.

According to the individual background, about twenty persons with diverse expertise – from Survival to Remote Medicine, from Harvesting to Bitcoin – had been invited to talk about Prepping.

Specifically, I had been asked to talk about the use of tracking in a survival scenario.

Other speaker attendees were oriented on the importance of stockpiling food, growing your own herbs, investing in solar panels, and so on. I can clearly recall how high was the interest of all the participants. They showed not only the hunger for learning new skills (and consequently mastering them) but also the necessity to be part of a solid network of prepared people you can count on.

Meeting other people with your own interests, and, the most important thing, goals, is always a good thing. I learned a lot in just one day, and at the end of the two remaining days, I felt an insatiable desire to learn more!

I literally filled in two notebooks with new notions. This is my way of learning, and it makes sure I do not forget any single detail which could happen to be crucial when SHTF strikes.

The day after, I purchased the best books I could find, which became like my path’s cornerstone. One above all: “When All Hell Breaks Loose: Stuff You Need to Survive When Disaster Strikes“ by Cody Lundin. This book is still top-notch in prepping for me.

Lundin certainly knows his stuff. This book opened my mind to basic first aid and how to manage hygiene skills when SHTF strikes, survival kit items & skills, how to deal with power generators, and so on. A true compendium of all the topics you need to know to survive.

I spent hours studying and approaching new – and sometimes – tough matters. But it was worth each second of my time.

Nonetheless, I still consider myself a novice, which is the best thing to do if you want to keep your mind open and ready to receive new knowledge and master it. Just my two cents on it.

Few days after the prepping meeting, my partner and I decided to set precise planning for the upcoming future, which should include:

I am happy to say we kept up with our planning. In my specific case, having a determined methodology and important goals to accomplish, it surely did have a beneficial effect on me.

As a former singer, my artistic vein tended to make me a real rebel sometimes. Having a specific pattern of actions, skills to achieve, and gear to check turned me into a craftier person.

It isn’t all related to having a list of things to do.

It is, instead, how to model your mind on looking at the future with better acknowledgment of all the risks.

What does it mean to be a prepper in Europe? 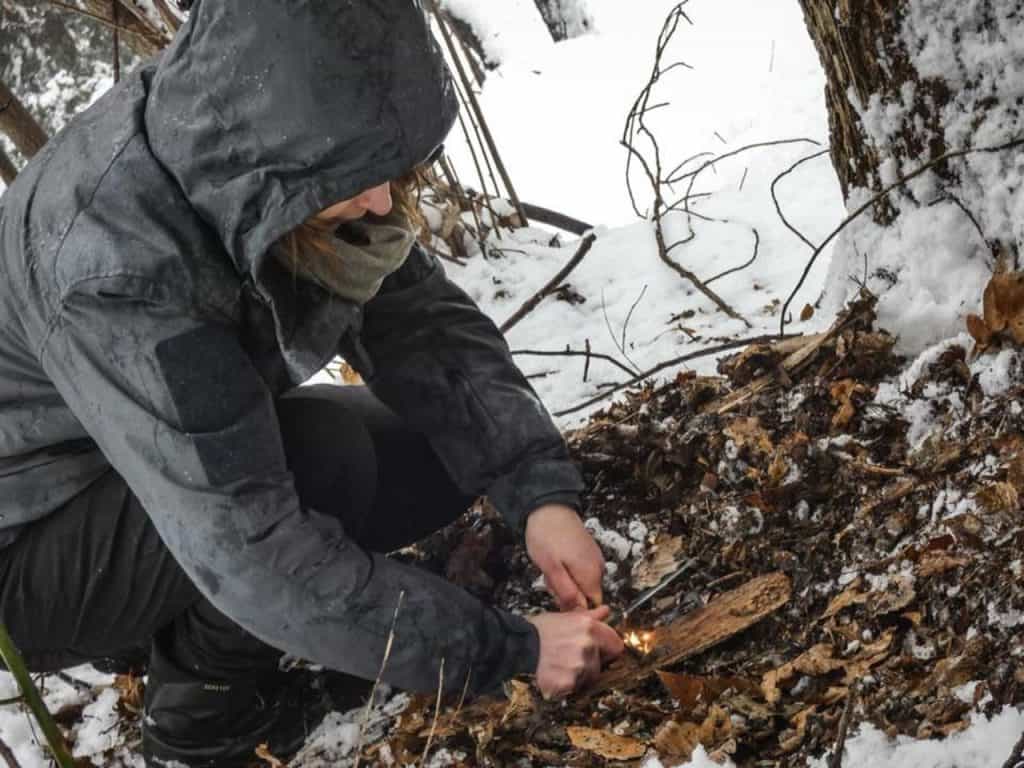 If I look back to those days, I remembered talking about “the new me” to my friends. They were extremely skeptical about all the “Prepping thing.”

At that time, movies and docs on the topic weren’t so common. Common people, especially in Europe, used to look at Preppers with mistrust. Sometimes, even with contempt.

Let’s take, for example, a good friend of mine who used to be the owner of the website www.prepper.it.

No doubt he has been one of the originators of Italy’s prepping movement: I had the chance to talk with him on several occasions. He always showed a sound attitude and a remarkable approach to the dimension of Preparedness.

I felt genuinely jealous of him in certain ways. In fact, he never feared the urgency of explaining to people why and how to be prepared, and frankness is an essential feature of his character. At that time, I was trying to do the same with my parents and friends, but I failed miserably.

I couldn’t find the right way to conquer their attention. He always did.

Nonetheless, when he has been interviewed on the topic “What does it mean being a Prepper in Italy,” I can clearly recall he was even mocked by a local newspaper, which called him insane, fanatic.

Yet, he didn’t talk about upcoming disasters and just presented what it means to be in an SHTF scenario and how you could survive it. In 2017, few were inclined to listen to him. However, current times changed the skepticism of the past, even in Italy.

For this reason alone, I couldn’t thank him enough for helping me bring myself in the right direction and in the path of other good and solid people I met along the way.

Put in practice what you learned: the selection of the Bug Out Place 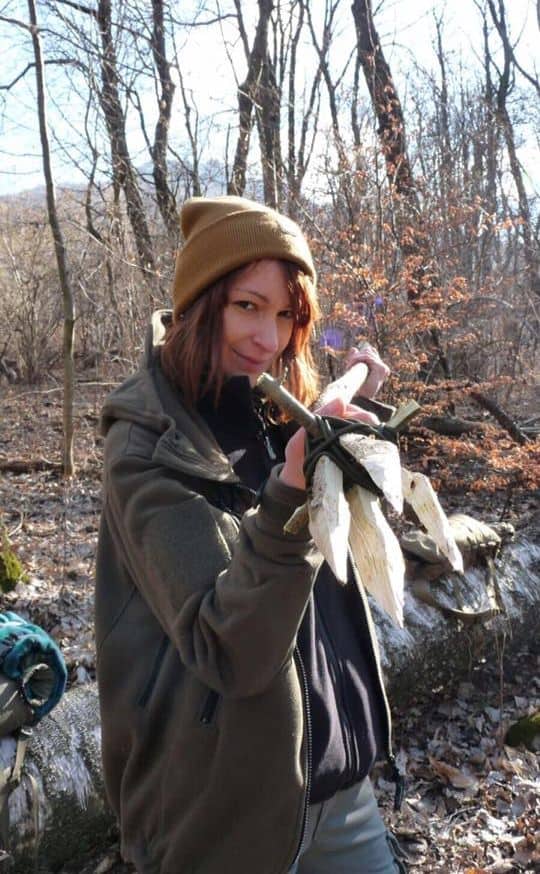 The first bug out location me and my Fiancé made is still there. Solid, secluded, carefully selected. It is hidden in the middle of a pine forest, somewhere in the Alps. Accessible only by feet. Full of resources and with incredible natural protection.

Years went by, but the security of having a bug out place, in most cases, will remain.

Far from being a hypothesis, the better choice you make, the happier you will keep on being.

However, a bug-out place needs maintenance, but my boyfriend and I were pretty happy to dedicate our Saturdays or Sundays to fix all the big – and small things – related to that. It was our first major project, and we made plans while working on it.

Nobody should settle for anything less.

Being content was completely out of my mind: I learned how to set a permanent natural shelter just using a knife, a saw, some paracord, and the newly acquired skills.

I remember that initially, it was tough physical work that made me exhausted: I wasn’t cut for that at all. But my will to accomplish that goal made me stubborn. I needed to get over my weaknesses and finish my work. I needed it because I wanted it.

Later on, I would apply the same approach during the Antipoaching Course.

I reckon that this article has a lot to do with a personal perspective of things that actually brought and kept me on this path. But I think that most of the women who are reading it can mirror themselves in my experience.

Prepping is based greatly on one’s mindset. If you want to understand how to handle an emergency or a dramatic event, you definitely need to start working on yourself. I already stressed this concept in my previous articles.

My “used – to – be” artistic skills helped me very little in that. That’s why I felt the urgency to make a tabula rasa, starting from a zero point. Even better, minus zero!

Again, and always, contentment is out of my mind: I take every chance to learn more on how to be prepared with curiosity and humility, as happened in my very first steps inside this world.

You can go far putting just one step in front of the other.

Don’t look back at your past with regret before turning into a prepper. Remember all your weak points and start working on them. The better you acknowledge them, the faster you can turn them into your allies.

Be meticulous and never let your knowledge go into oblivion. You may regret it one day!