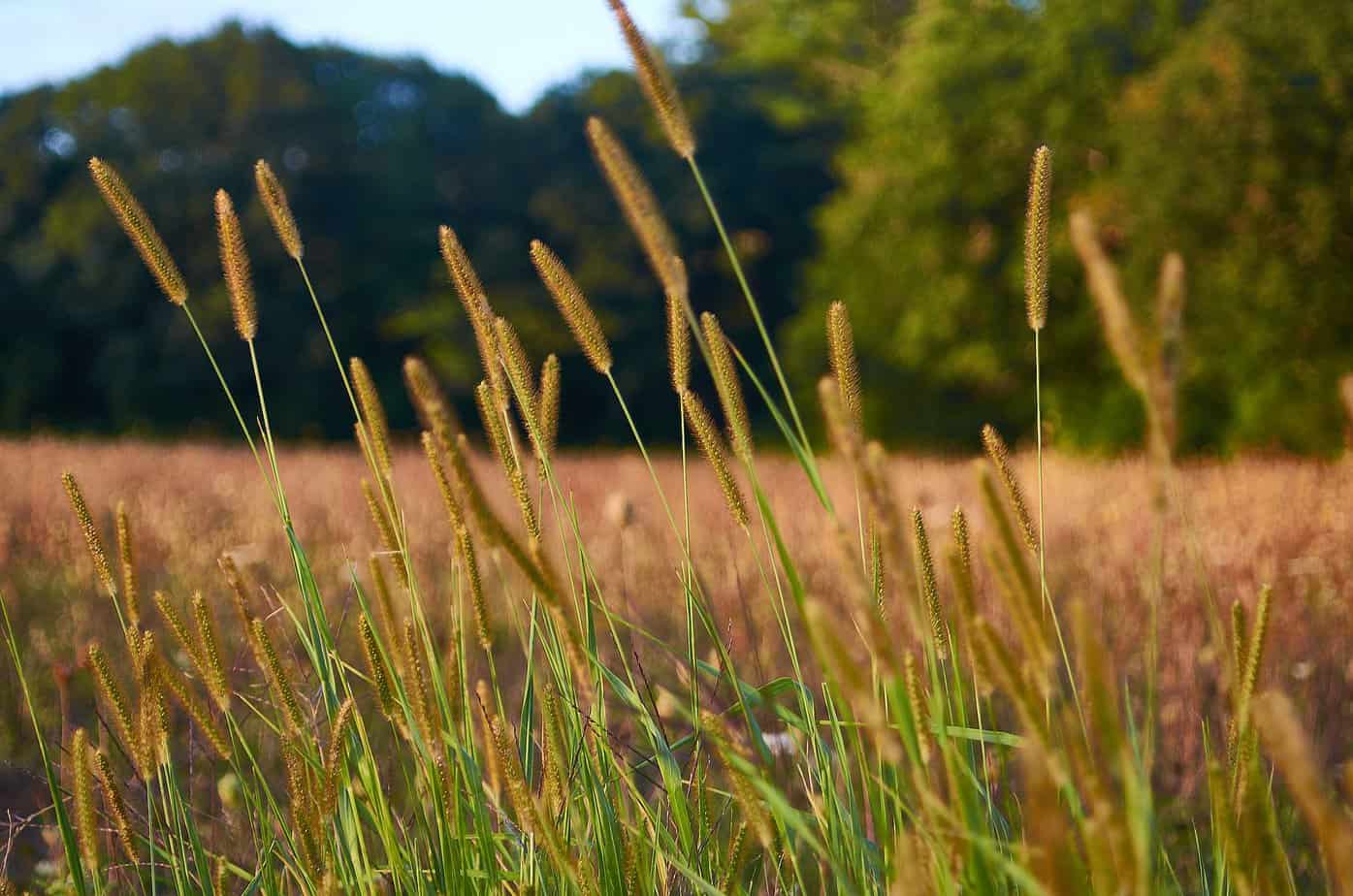 Use it or lose it. That expression did not originally refer to soil, but it could have. Nature improves soil by growing plants on it continuously. In the wild, good soil is never without a cover of vegetation. Something will grow there, so it may as well be something you choose.

If you don’t intend to grow a winter garden, plant food for the soil. Cover crops are grown only to be returned to the soil, to feed and protect the soil. They improve fertility, prevent erosion, and provide sanctuary for beneficial creatures while interrupting disease and weed cycles.

Cover cropping is a technique first practiced by the Chinese over 3000 years ago. Only in recent decades have American gardeners discovered its benefits. Planted immediately after the ground is cleared, cover crops act as “holding tanks,” taking up nutrients and keeping them near the soil surface. They also add organic matter to the soil and protect earthworms.

A good cover crop, often called a green manure, should be easy to start, form a thick growth, and be easy to turn under in the spring. It will save you time and money, improve your soil, and increase your yields.

Not all manure comes from animals. Manure is anything that, through its decay, introduces organic matter and nutrients into the soil in compensation for those removed by crops, livestock, and the elements. Green manure is as much a fertilizer as barnyard manure. 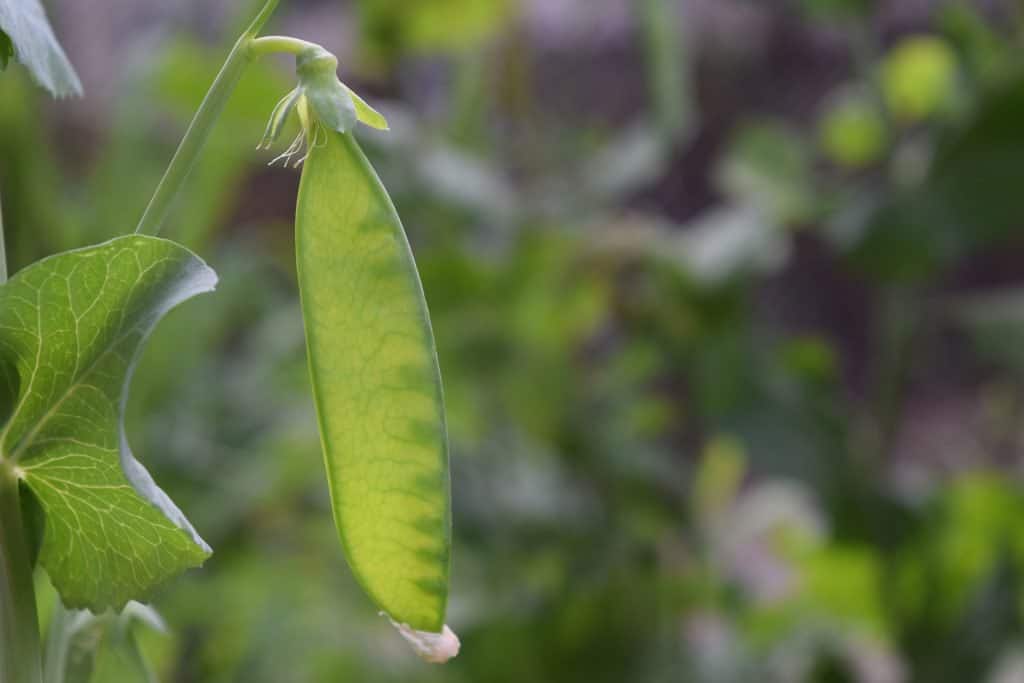 Cover crops come in two main types: legumes and grasses. Legumes include peas, beans, clover, and vetch. These crops are great producers, not only of organic matter, but that all-important soil nutrient, nitrogen.

Legume cover crops are actually “nitrogen factories,” but they need help from a kind of bacteria called rhizobia. These bacteria form white nodules on the legume roots, into which they bring soil-borne nitrogen. This nitrogen is absolutely useless to the plants until the bacteria eat it. The by-product of this process is the form of nitrogen that plants can use. This is called nitrogen fixation.

The inoculants are inexpensive, easy to apply, completely organic, and will ensure that your legumes get all the nitrogen they can handle. Though there are several different types of inoculants, the type needed for the legume you choose will be available wherever you buy your seed.

Inoculation is not a preventative, but a booster, like yeast. Seeds must be inoculated on the same day they’re planted, or the bacteria will die.

Grasses are grain plants, including wheat, oats, barley, and rye. Although they don’t produce nitrogen the way legumes do, grasses provide some nitrogen, as well as potassium, phosphorous, and trace elements as they break down.

The main benefit of using grasses is that they create plenty of organic material that conditions the soil. They also make an especially efficient mulch. All of the recommended green manures can be purchased in bulk much less expensively than the seed you buy in small packets.

Choosing the proper winter cover crop depends on your soil and climate. I am familiar with the Northwest, so I’ll use some of our sub-regions as examples.

In the coastal areas of northern California, Oregon, and Washington, where winter temperatures are moderate, and the soil rarely freezes, fava beans, crimson clover, buckwheat, and annual rye work well.

In the Cascades and east of the mountains, where winters are colder, annual rye, winter wheat, and vetch are good choices. Vetch is the most cold-hardy of all green manures, and when mixed with a grain, such as rye, will give you the advantages of both the grains and legumes.

Be careful in your choice of cover crop. The easiest is always the best, and any crop that cannot be easily killed and turned under looks suspiciously like a weed. Annual grasses, such as rye, winter wheat, and barley work well, but perennial grasses can be hard to kill. And remember, where winters are mild (as on the coast), almost anything can become a perennial.

Annual ryegrass is a good winter cover crop for both the mild-winter coastal areas west of the Cascades, and the colder areas to the east. It must be planted early in the colder areas so it can become well established before extreme weather sets in. In the coldest parts of eastern Washington and Oregon, rye should be planted by September 15.

In these coldest areas, rye will not make it through the winter, but the plant residue holds the soil and provides organic matter to be tilled under in the spring. In milder areas, rye can prevent heavy winter rains from eroding bare soil.

Bags labeled “Ryegrass” in your garden center are likely to be mixtures of annual and perennial rye. Look for labels that specify “Annual.”

While some experts maintain that soil preparation is unnecessary before sowing cover crops, a better, healthier stand can be obtained by prepping the soil just as you would for any other plants.

As soon after harvest as possible, remove all large plant residue, such as corn stalks. Till under small material and weeds, incorporating fertilizer or compost if the soil is depleted.

Broadcast the seed, and in the case of most of the legumes and grasses, just rake them in. If you want to use a rototiller, go over the soil quickly and shallowly, so that your seed isn’t covered by more than an inch of soil.

In the case of clover, which wants a firm seedbed, press the seed in by tamping it down or using a lightweight roller. If you don’t expect rain within 48 hours of planting, go ahead and water. A light mulch will keep the soil moist and improve germination.

Another option is to plant your cover crop between and among established vegetable crops during the last month of production. Simply broadcast a low-growing green manure among the vegetables to give it an early start. Once the vegetables are through producing, pull the residue and let the cover crop take over.

This is a good way to prevent post-harvest weeds from becoming established. Try planting clover among your corn stalks.

Timing is critical for green manures. It’s important to let your crop get a good start before winter weather. Legumes should be planted six to eight weeks before the expected date of the first hard frost, and grasses should be in the ground four to six weeks before that date. 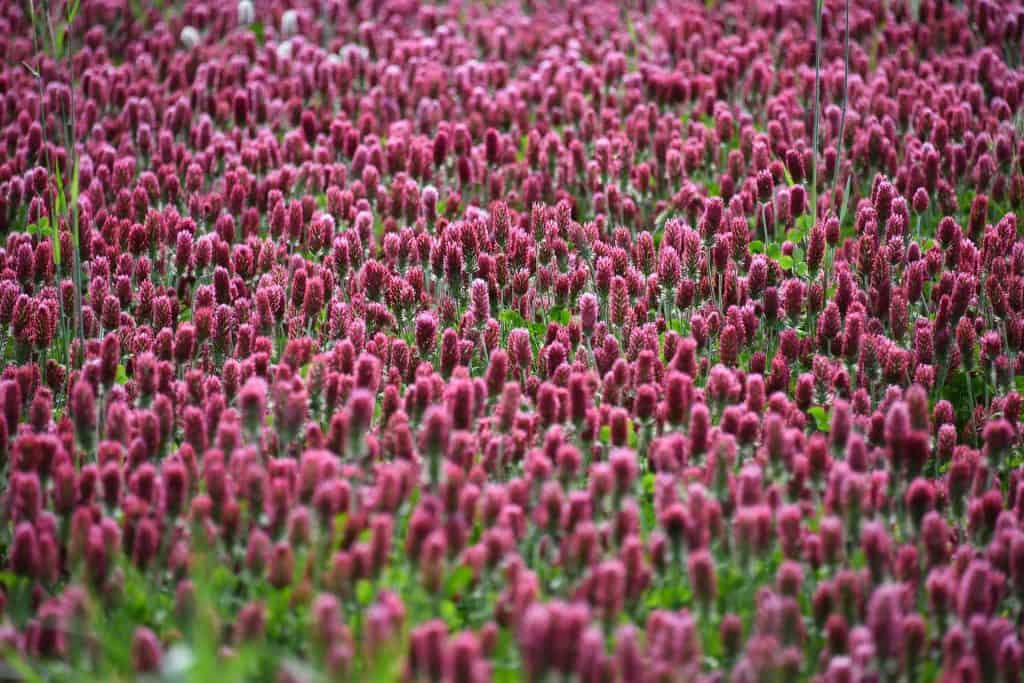 Crimson clover is cold- and shade-tolerant, but it doesn’t like acid soil. Be very careful to get crimson clover rather than one of the perennials, such as red clover. These propagate through underground runners and can become a weed almost impossible to eradicate.

Banner is probably the best green manure fava. It is tolerant of cold to ten degrees and will survive temporarily water-logged soil. It can reach six feet, and provides an enormous amount of organic matter, as well as fixing nitrogen at a rate of one pound per 500 square feet.

Sow it early in October, planting about five pounds of seed per 500 square feet. While the plants may be somewhat daunting in appearance, they are so brittle that they’re easily tilled under. If you prefer, you can snap the stalks off and compost them separately, tilling in only the roots.

While there are many vetches, wooly or hairy vetch is best, tolerating cold to zero degrees and growing well in poor soil. It fixes nitrogen at a whopping three and a half pounds per 500 square feet, and should be planted at a rate of five pounds per 500 feet. Vetch is shade-tolerant, and probably the best all-round green manure.

This is a fast-growing grain, going from sprout to full bloom in about six weeks. In mild-winter areas, it usually winters over, taking a few frosts, but dying out if the ground freezes. It breaks up the soil well and grows to a height of three feet. It will grow on soil of low fertility, rapidly forming a dense cover.

This cover crop accumulates phosphorus, which is released back into the soil when the crop is turned under. It has the best amino acid composition of all the grains, and attracts beneficial insects, including bees. If you raise bees, you’ll find buckwheat honey is rich and dark. The brittle roots and foliage till in easily. Plant at a rate of three pounds per 500 square feet.

Annual rye is widely adaptable and very hardy. Sow it in late summer to produce both grain and organic matter. It will put on some early growth, then rest until spring. Rapid spring growth will produce seed heads for harvest in less than two months, so you want to work it up early. Plant at a rate of two pounds per 500 square feet.

Hard winter wheat is cold-hardy and creates an abundance of organic matter. It is not drought-tolerant, but will survive acid soil. Plant in early fall for erosion control. Be sure to turn it under before seed heads form and stalks get woody. Plant at a rate of five pounds per 500 square feet.

Grains in general have several liabilities. They can be tough and slow to decompose if they become too mature. Winter wheat tills in easiest, but be sure to work in all grains early, or you’ll be facing an unplanned prairie.

Green manure roots spread deeply through the earth opening up tight soil. When the roots die, they become food for microbes and earthworms, whose work continues the process of soil improvement. Over the years, a tight, compact soil can be turned rich and soft simply by having plants growing on it at all times.

Continue adding compost and manure, but as soon as a food crop is finished, plant a cover crop. Their wide diversity of growing habits gives you a choice to fit your needs. 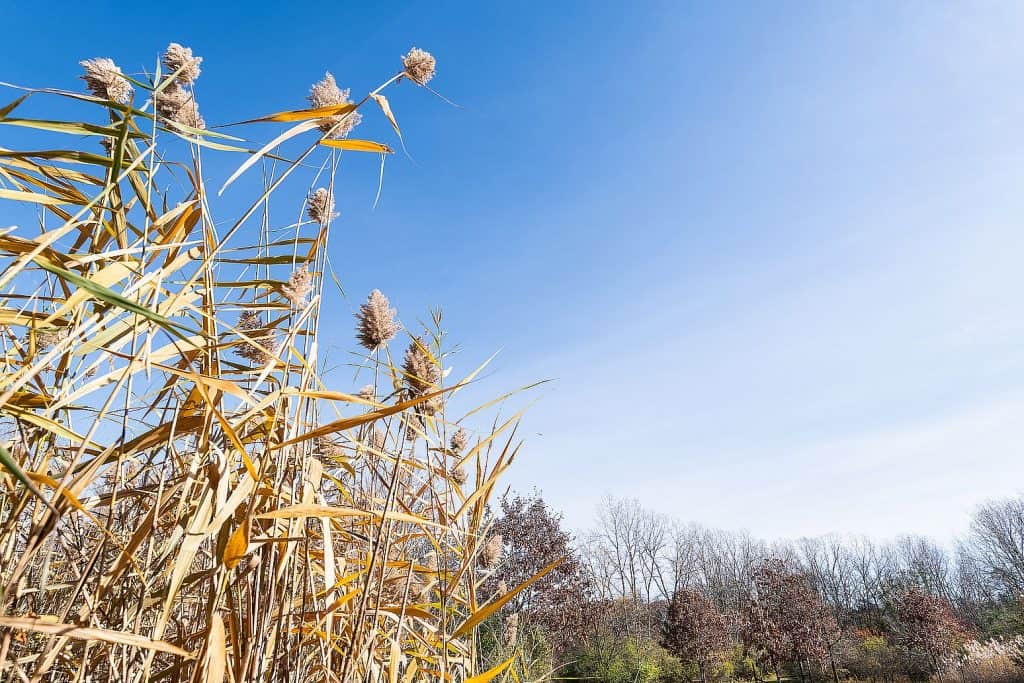 In many cases, a blend of grains and legumes may be your best plan. Together they provide both nitrogen fixation and organic matter. Seeded together, the fast-growing grain protects the dawdling legume so it can make a good stand. You might try vetch with winter wheat in colder areas, or crimson clover and buckwheat in mild-winter areas.

Young, succulent legumes and grains provide more nutrients, while older, tougher plants provide more organic matter. Always allow at least two weeks for decomposition before planting other crops. Three weeks is better if you have the time. The decomposition process binds nitrogen, so it will not be available to nurture plants and seeds until decomposition is complete. The warmer the weather, the faster the residues break down.

Green manure plants can also provide you with food while they’re enriching the soil. You can allow a small patch to go to seed, then thresh the grains for sprouting, or grind them into flour.

While fresh fava beans are routinely available in European markets, the only way to get them here is to grow them yourself. Shell them like peas and try them in a soup that includes onions, garlic, and carrots.

Crimson clover’s beautiful blossoms are attractive and tasty in salads, and it makes a sweet, healthful tea. But be sure you have crimson clover: sweet clover is toxic.

If we intend the soil to feed us, we must, in turn, feed it, and cover crops are a simple and economical way to nourish the soil. In spite of these beautiful days, winter is definitely on the way. Like you, your garden should be warmly covered before bad weather begins.