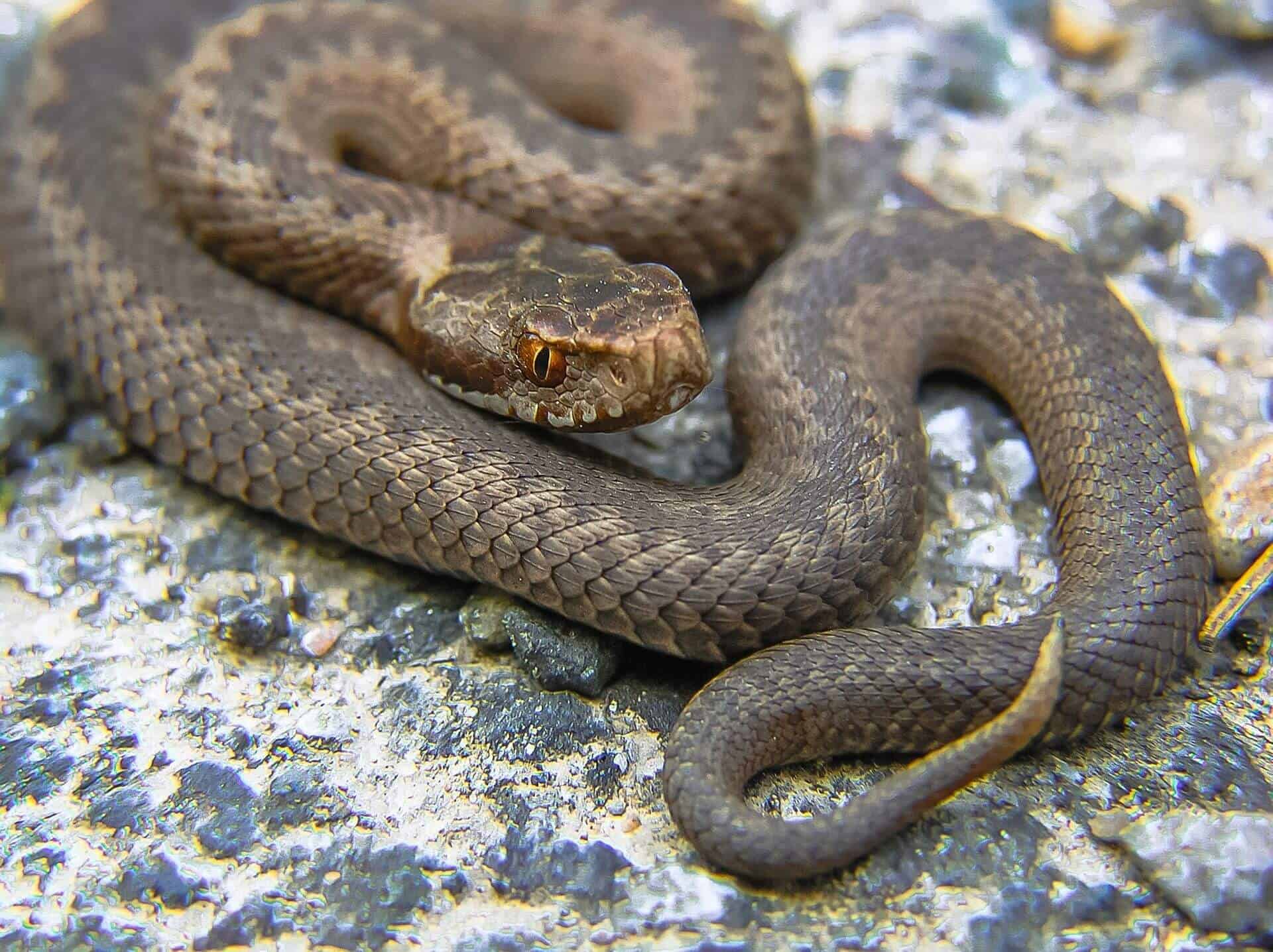 In the long history of first aid literature, a vast amount of information, misinformation, and folklore have been written on the subject of how to survive a snakebite and general treatment. Over the years, suggested procedures have ranged from sheer quackery to viable, but controversial, medical practices.

It is as if the terror with which humans view venomous snakes has acted as a fertilizer, encouraging the proliferation of apocryphal horror stories of vengeful mates and immortal severed heads, as well as spurious quick-and-easy antidotes to an inevitable, agonizing death.

How can you survive a snakebite if you can’t tell which snake is dangerous?

In this article, I will attempt to separate fact from fiction and recommend sound, proven first aid procedures. The vast majority of venomous snake bites in this country are from members of the subfamily Crotalinae: Rattlesnakes, Cottonmouths, and Copperheads.

These are the Pit Vipers, so-called because of a distinctive temperature-sensitive pit visible between each eye and nostril, which aids in locating prey. These snakes have two moveable, replaceable, hollow fangs in the front upper jaw, which inject the venom from glands behind each eye.

Ironically, the evolutionary purpose of this venom is to secure food, not defend against attack. This explains why some 25 to 35 percent of bites on humans are “dry,” with little or no envenomation, and little or no physical effect on the victim. 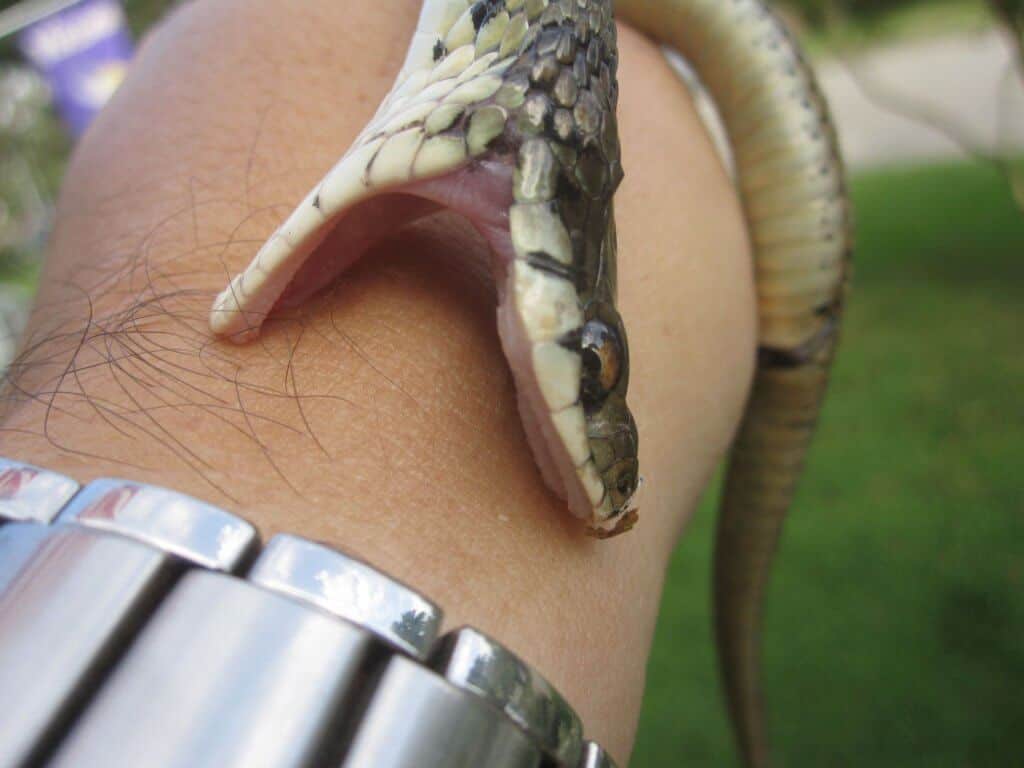 Broadly speaking, there are two types of snake venom: hemotoxic, which attacks the structure of the blood, and neurotoxic, which affects the nervous and respiratory systems.

Although pit viper venom is generally classified as hemotoxic, it often displays strong neurotoxic effects as well, so this distinction is not concrete.

A sequence of symptoms from a severe Crotalinae bite might be as follows:

Though these symptoms sound grue-some, the fact is that mortality from snakebite in the United States is extremely low, hovering around 1 to 3 percent in Arizona, for example. Though the amputation of the bitten limb is more frequent, this is as often necessitated by improper first aid treatment as by the bite itself!

How to survive a snakebite when you are stranded

If you are bitten by a rattlesnake, sit still and do absolutely nothing, and the chances are good that you will survive. In fact, staying calm and still is probably the one universally endorsed procedure among medical professionals in this field. 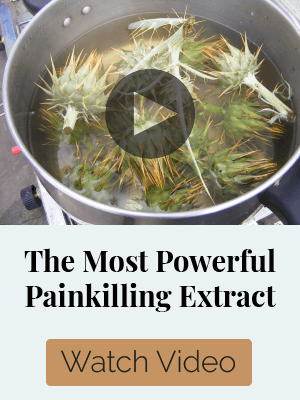 From there on, however, things can be confusing. Every outdoorsman remembers those snake bite kits with the little rubber suction cups and the little scalpel and tourniquet inside—practically standard equipment in the glove box of the pickup.

You were supposed to tie the tourniquet around the leg or arm above the bite, cut open the puncture wounds with the knife, and suction out the venom with the rubber cups. Unfortunately, this procedure involves a couple of questionable and even dangerous practices.

First, experience has shown the old “shoestring” tourniquet to do more harm than good. Even when loosened properly every few minutes, the tourniquet slows circulation to the bite area dangerously and, by reducing the dissemination of the venom, can greatly increase local tissue damage.

Tourniquets tied around fingers have allowed such massive tissue destruction in that small area that amputation of the finger was necessary—a procedure rarely needed anymore. If the venom had had a chance to disperse through the hand and arm, the finger might have been saved.

A constricting Band is required to survive a snakebite

More effective, and much safer, is a constricting band, such as an Ace bandage, wrapped snugly several inches above the bite to control the spread of venom through the lymphatic system while not hindering blood circulation.

Even a constricting band should be loosened periodically, and be moved in front of any advancing swelling. Although incision and suction are still generally endorsed as an effective procedure, it must be done properly and promptly to be of value.

Suction performed after 20 to 30 minutes have elapsed is pointless, and small rubber cups can be only marginally efficacious at providing enough suction.

The incision should be considered only if the bite is not close to a large artery or vein. Large slashes will cause the loss of more blood than venom; a sterile lancet should be used to produce a narrow and fairly deep puncture over each fang mark.

A very promising tool for suctioning the wound is now on the market. Called the Venom Extractor, it is a plunger activated tool with different tips to cover bites in different areas and provides powerful suction. 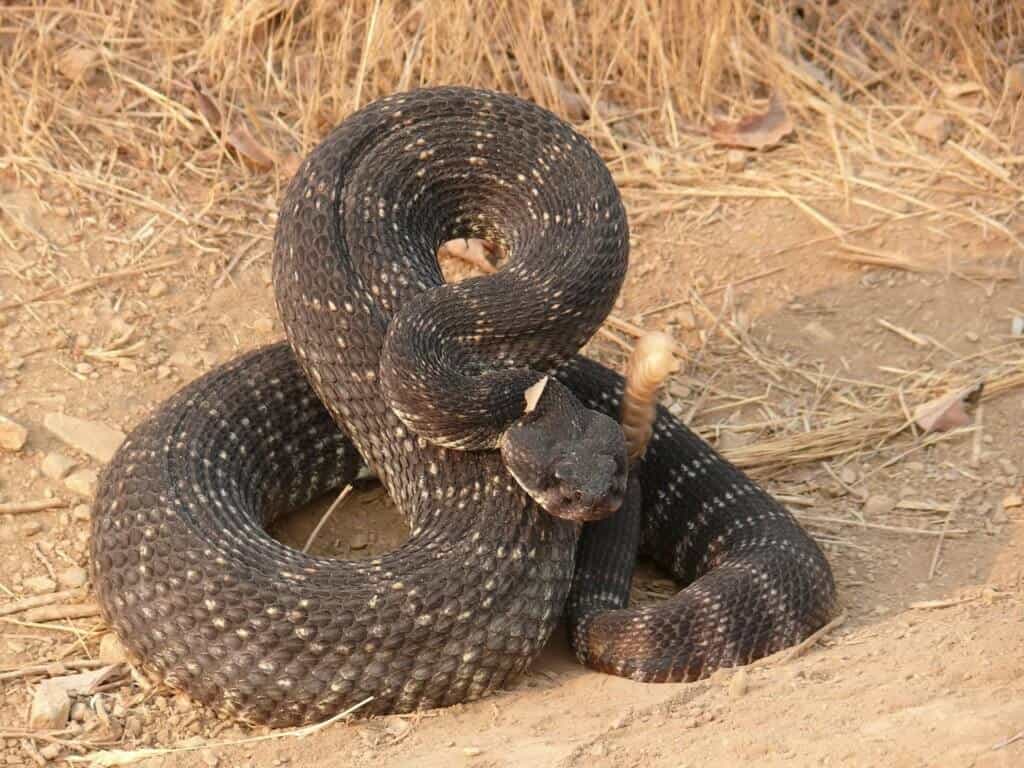 The extractor comes in a yellow box with extra tips, a razor for shaving the area around the bite and a very thin tourniquet that should be discarded. A large number of kits that can help you survive a snakebite have various types of extractors.

Lacking the proper tool for the job, although not a safe procedure, you can use your mouth for suction the venom since it is harmless in the digestive system, but I could find no consensus on possible effects on an ulcer or open sore in the mouth, so the venom should certainly be spit out promptly.

Often when a snake bites, the venom will stay isolated in a small bubble in the flesh, a phenomenon known as encapsulation, for several minutes. If incision and suction are implemented immediately and for 20 to 30 minutes, a considerable amount of venom may be removed.

Several years ago, the avant-garde treatment for snakebite was cryotherapy—the application of ice packs to the bitten limb, ostensibly to reduce swelling and slow circulation of the venom. For a while, even many experts lauded cryotherapy as a panacea for snake bite woes. Unfortunately, cryotherapy proved to be, at least in untrained hands, a disaster, often causing much more damage than the bite itself.

Frostbite, tissue destruction and gangrene resulted in many unnecessary amputations, often of entire limbs, and the procedure has fallen precipitously out of favor among professionals. Unfortunately, this treatment is still recommended in more than a few ill-informed works on the subject.

As I was completing this article, the latest fad cure came to my attention: electric shock! Evidently, a South American doctor has reported that voltage from a car battery, applied to the vicinity of the bite, “neutralizes” the venom and allows the victim to be on his merry way in hours.

I dutifully contacted a couple of professionals, both of whom rolled their eyes and said, “Well, anything’s possible.” Although I’m sure that this claim will be thoroughly investigated by our medical community, I cannot at this time recommend substituting jumper cables for an Extractor and an Ace bandage.

The best use for a car in such a situation is to get the victim to a hospital!

Once the victim has reached medical facilities, the bite will probably be treated with antivenin (often mistakenly if logically referred to as antivenom), most likely the polyvalent crotalid serum manufactured.

However, severe systemic reactions to the serum—often more life-threatening than the bite itself—are possible, so a sensitivity test will be administered first. In cases of severe envenomation, up to 15 to 20 vials of antivenin may be required.

Because of the danger of toxic reaction, a large amount of serum needed for effectiveness, and the fragile nature of the serum, field kits of antivenin are rarely practical.

I realize the procedures recommended in this article may seem conservative; as noted before, it is always tempting to embrace new and impressive-sounding techniques that promise easy and painless recovery.

A doctor in my area who has probably treated more snakebite victims than any other man in the country was once asked to give his views on first aid treatment of rattlesnake bites to a symposium of toxicologists.

His first words to a somewhat chagrined audience were, “If you do nothing, you’ve done nothing wrong.” The techniques suggested in this article are those proven to be of life-saving value which can be administered by any intelligent layman.

Finally, the best treatment is prevention. When you are in snake country, watch where you put your hands and feet (and butt). If you see a venomous snake, stay away from it and count yourself lucky for the experience.

Remember that all snakes are beneficial predators. Unless the snake is an immediate threat to a residential area, or you are desperately hungry, there is no reason to kill it (since rattlesnakes are pitifully easy to kill, there is certainly no excuse for doing so on the basis of machismo).

As in many other wilderness situations, the best tool you can possess in snake country is the proper attitude.

How to survive a venomous snakebite

How to normalizes cholesterol levels and clears blocked heart arteries

How to get rid of heartburn for good

1 thought on “How To Survive A Snakebite”