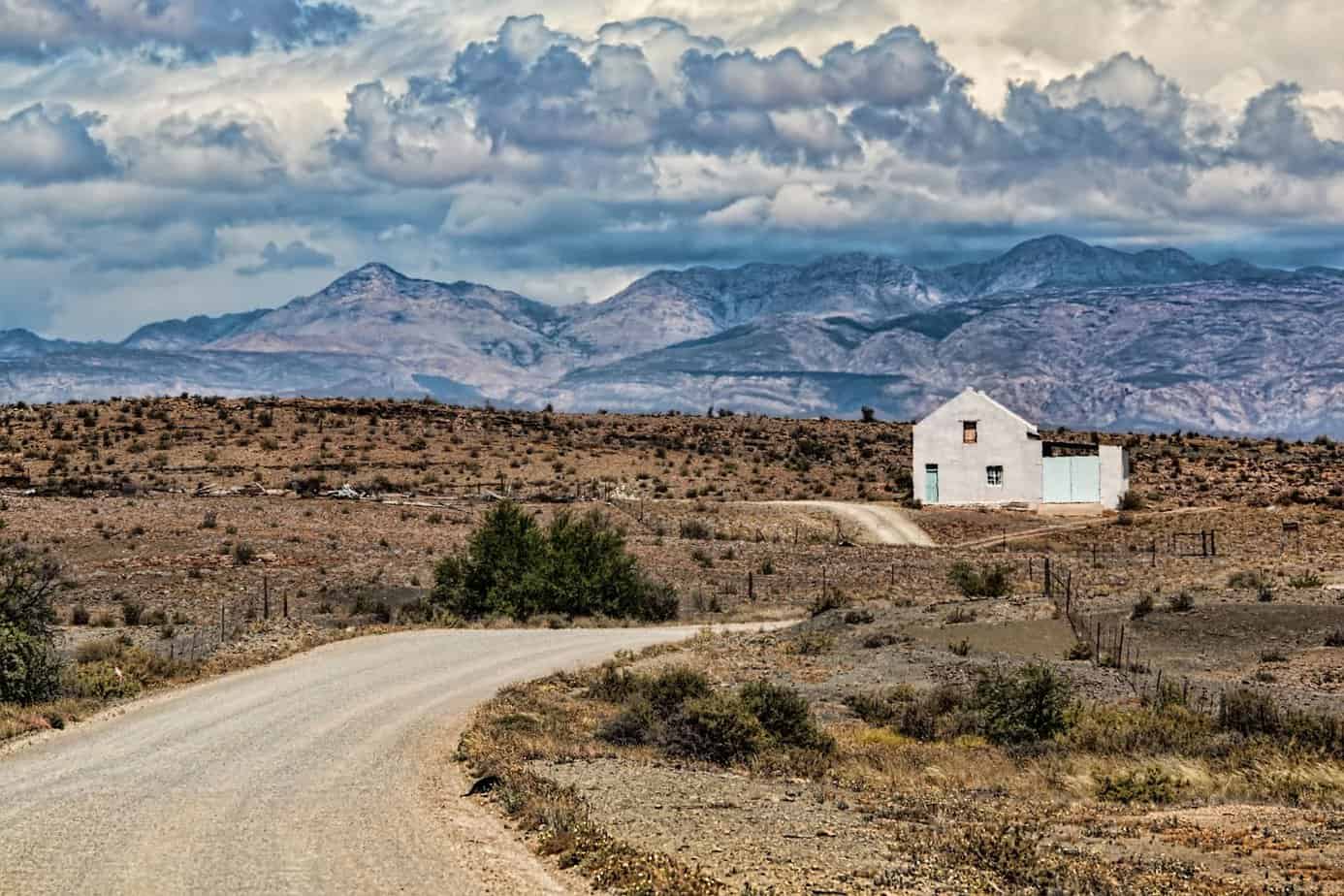 Despite an above-average snowfall during the past winter, the spring was very dry. By the middle of May, New England was already having temperatures in the high 80s, and we were in drought by the start of June.

I’ve lived in New England my entire life, and I have never seen it this dry, this early in the year. Oh, we get our dry spells, but it isn’t usually until the middle of July. This year was very different. Just watch the evening news, and you will see that this sort of thing is happening all over the country. Places that usually get very little rain are flooding, and places, like New England, that get a great deal of rain are getting none.

The world is changing, and we need to change with it. That means learning to deal with dry conditions. To do this, I made plans to travel to Arizona, hoping to learn from people who have faced these conditions for generations.

🦅 How the Hohokam Did It

Long before the first Europeans, namely the Spanish, set foot into what was to become Arizona, the Native people of the area survived by hunting, gathering, and growing crops. A few thousand years ago, the Hohokam people farmed the area that is the Sonoran Desert.

Here they would line the slopes of the dry hills horizontally with rocks, forming a sort of multi-terracing effect. These stone walls would act as temporary dams to slow the water as it flowed off of the slopes during the annual summer rains.

In the areas between the rock walls, the Hohokam would plant wild plants they used to sustain themselves, with the primary plant being the agave. 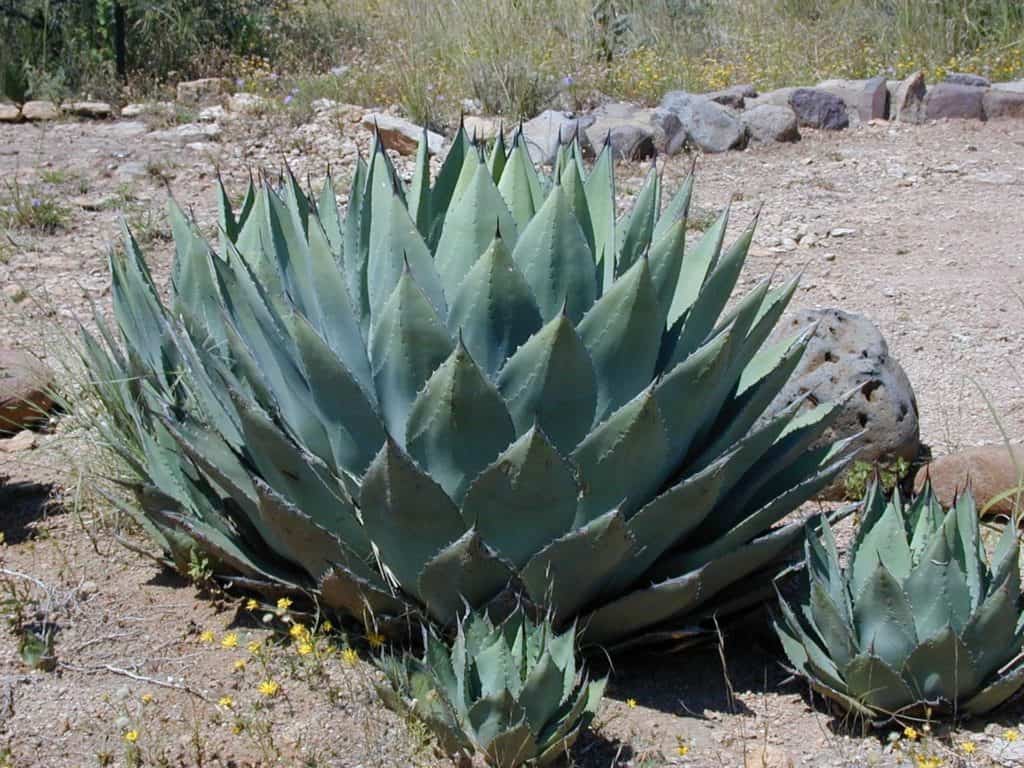 To learn more about the Hohokam and the Native groups that came after them, namely the Akimel O’odham and the Tohono O’odham, I visited the Arizona-Sonoran Desert Museum, located just outside Tucson, Arizona.

The first lesson I learned from the Hohokam people was to plant or grow crops that are well suited for the environment you are in. In this case, the plant was the agave. Another plant that does particularly well in this extremely dry and hot environment is the chili.

According to the museum, the Akimel O’odham people lived near rivers and dug canals to water their crops. The Tohono O’odham people moved their villages seasonally to known water sources and relied more upon the yearly rains to provide water for their crops. 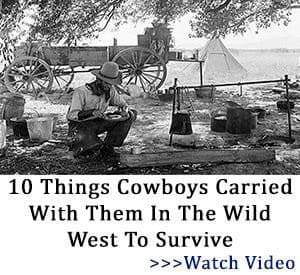 To get the most from the rains, the Tohono O’odham would farm near large washes and form walls and fences to funnel and hold the water as it filled the washes. This is a very similar concept to modern farmers and gardeners using cisterns to gather and hold rainwater. I use a cistern on my property in New Hampshire, and it has seen me through minor dry spells more than once.

Like many Native people of the Americas, the Tohono O’odham cultivated crops such as corn, beans, and squash, and domesticated wild-growing plants like the chili. Over time, these people, as well as the Pima, Mohave, Quechan, and Cocopah peoples, developed strains of beans, corn, and squash that were drought-resistant and heat tolerant.

The plants do not grow very large compared to their modern cousins. They do not have super large leaves, nor do they have, especially in the case of corn, large fruit. The crops of the

Native people here needed to be fast-growing and produce many seeds, which they did. A good example of this type of selection is the Tepary bean. These beans only need occasional watering, love the hot and dry conditions, and can be used the same way that kidney, navy, and pinto beans are used today.

Planting for the Tohono O’odham begins in late June or early July when the first summer rains come. Most of the planting is done by hand, using a planting stick. The soil is not turned, as we would do here, as the disturbed soil will allow for greater evaporation. This shows the respect and connection they have with their environment. 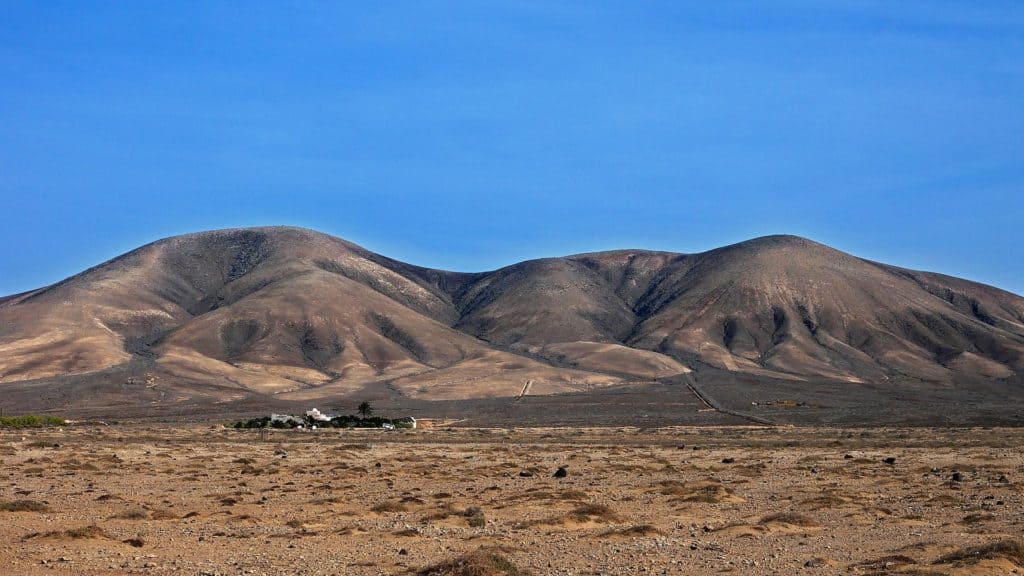 From the Sonoran Desert, I traveled north into the Grand Canyon area (also known as the High Desert.) While the temperatures here tend to be a little cooler, the area still gets very little rain.

It is here that the Havasupai, Navajo and Hopi people are found. Like the Native people of the south, these groups have adapted their drought farming methods to meet the ever-changing environment that they live in.

Here the average annual rainfall can be 12 inches, but they do get snow in the winter. Despite the lack of moisture, the Hopi farmers are able to grow corn, beans, squash, melons, peaches, and sunflowers, with their main crop being corn.

While the Havasupai grow all of the aforementioned crops, they are best known for their sunflowers. The Navajo are both farmers and sheepherders.

So how do they do it?

It is called understanding the environment and working with what you have. They use a technique for farming called drought farming, and while so many Native peoples do it, the Hopi have perfected it.

By using wide spacing between plants and planting the seeds at a perfect depth, perhaps a foot or more, which they discovered over time, the Hopi are able to produce enough crops to sustain themselves as well as produce enough seed for the next year’s planting.

This is unlike other Native people who plant corn and other crops in mounds. The Hopi found that mounding allows the soil to dry out quicker, thus defeating their whole purpose. The wide spacing between plants allows room for the farmer to keep the weeds from robbing their crops of valuable moisture and keeps the individual plants from “fighting” over that same moisture that is in such short supply.

Hopi gardens are usually typically relatively small and are made in the dry washes and valleys that separate the mesas. Planting starts in April to coincide with the snowmelt, and harvesting happens in September or October.

Like the Tohono O’odham, the Hopi use planting sticks to make the holes for the seeds, disturbing as little of the land as they can. The sticks are made from either ironwood or oak. They are rounded on one end and either pointed or wedge-shaped on the other, with the pointed end being used to poke a hole in the soil. 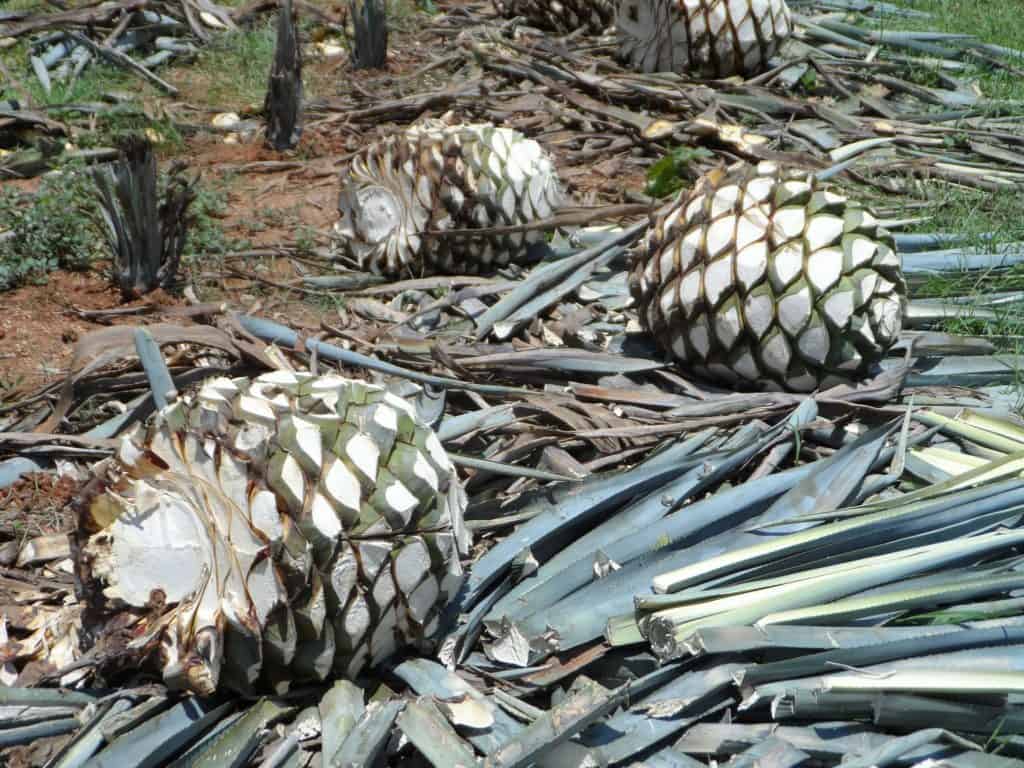 While in North Central Arizona, I made a stop at Mortimer Family Farms, located in Dewey, Arizona, to see how modern farmers cope with the extremely dry conditions.

On another piece of land, the Mortimers raise cattle, pigs, and chickens, as well as grow hay. All of the animals are free-ranging, with the cattle and pigs being fed the grasses and grains grown right on the property.

The finished meat products and eggs are sold at their store in Dewey. According to Andrea Phillips, manager of Mortimer Family Farms, “We are well aware of the current environmental changes that are happening. For that reason, we concentrate on educating people, particularly the younger people, on proper conservation and drought farming practices. There are way too many people of all ages that have become disconnected from the land. Many really have no idea where their food comes from.”

A must-read:  Smart Tips For Gardening On Dry Soil

Here, planting doesn’t start until sometime around the middle of May, and unlike the Hopi who keep a large space between plants, Mortimer Family Farms limits the space between their plants. This helps to shade the soil and prevents excessive loss of moisture due to evaporation. It also helps to keep down the weeds and increases yield from the same amount of land.

Knowing what I did about the Native farmers, as I made my way through the property, I asked Andrea what the secret was to not only farming in this dry climate, but also to the way they farm compared, to say, the Hopi. Her answer was very simple: “water.”

She told me that while surface water is lacking in many areas, there is a great deal of groundwater, and Mortimer Family Farms is blessed to sit on top of a very large aquifer. Despite this, she emphasized the need for proper water management.

“We don’t waste the water. We water during the cooler parts of the day, and we don’t water all of the fields every day,” Andrea said.

Touring the fields painted a good picture of the major part water plays and how the people at Mortimer Family Farms get that water to the fields. Located near the fields are manmade holding ponds. Every few days, the holding ponds are filled using pumps from the numerous wells that have been drilled throughout the property.

The water in these ponds will last a few waterings, and occasionally, the summer rains refill them saving valuable groundwater. It is from these ponds that the fields are watered.

They only fill the ponds as needed and only when they plan on watering fields near the pond. This keeps water loss from evaporation down to a minimum. When a field is to be watered, a long hose, similar to a fire hose, is laid in a trench that runs lengthwise down the side of the field. All along this hose are valves that can be opened and closed that line up perfectly to the trenches that run across the field.

A pump moves the water from the holding pond, through the hose, and into the trenches. Once the field gets a good soaking, the pump is turned off. 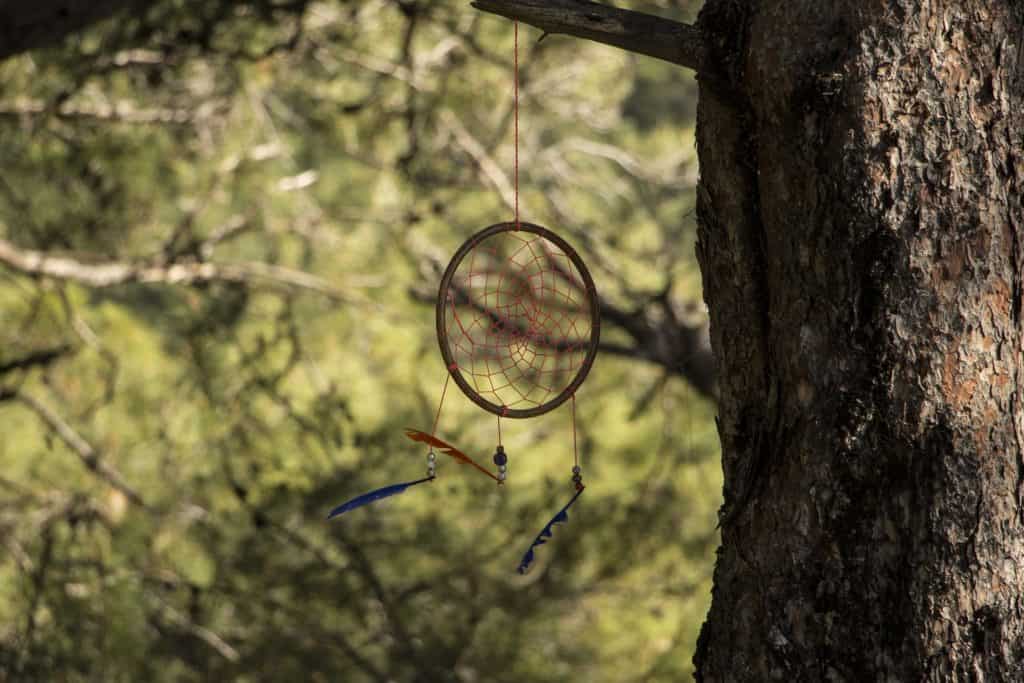 Despite the many ways of dealing with drought farming, there are many similarities between the groups. Whether it is the process of Native people or farmers like those at Mortimer Family Farms, drought farming is more than putting seed in the ground. It is a spiritual experience where the environment is not only respected but also revered.

Water is a precious resource, the giver of life, and it needs to be treated as such. So what are the lessons I learned, and more importantly, what can be transferred to other areas?

Water is probably the most precious resource we have. Residents of Arizona, Native and non-Native alike, know this. Unlike California, Arizona has no watering bans. With proper management, even limited water supplies can be enough.

Proper land management goes hand in hand with water management. Farmers need to adjust their drought farming practices to do things that help the soil retain moisture. This could be adding organic material to the soil, rotating crops and fields, or planting crops closer together. The use of cisterns, terracing, and holding ponds need to be put into greater practice.

Crop choice is a very big thing. Look at the crops you are planting. Stay away from all of those super hybrids on the market. Stick to heritage seeds or even try growing some of those varieties grown in the desert. Those seeds are able to naturally sustain themselves in drought conditions and are also resistant to diseases and insects. Grow crops suitable for your area. Some plants need more water than others. Choose your crops carefully.

Every year drought seems to affect more and more people across the country. No need to despair as things can be done to combat this issue. We (those of us who are living in areas not known for severe drought conditions) need to learn from others and adapt to the changing conditions. This article is not the only answer out there, but I do hope that it has given you some ideas as to what you can do.

This article was submitted by Jenny Onkis.