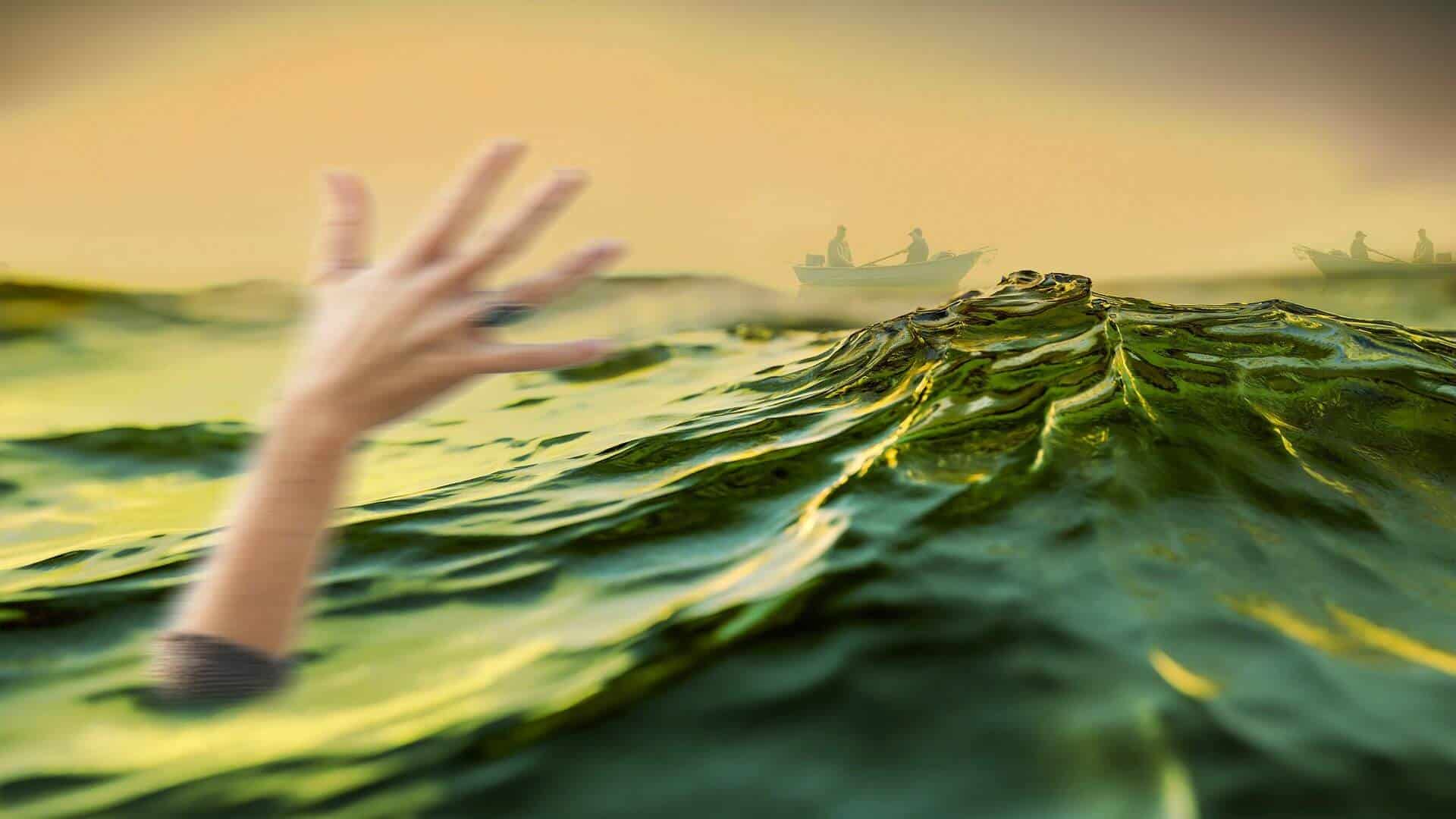 In the United States, there are over 5,000 deaths annually from drowning. It is the third leading cause of accidental death. By definition, drowning is death from asphyxia induced by submersion in a liquid. Near-drowning, then, is the successful break in the chain of events that begins with submersion and ends with death.

Initial care rendered to near-drowning patients, especially in rural or isolated areas, often determines whether or not that chain will be broken.

The pre-hospital care provider can be a deciding factor in whether a patient is ultimately listed as a drowning victim or a near-drowning victim. To properly treat such a patient, it is helpful to understand what occurs during drowning.

It is also helpful to understand what factors are truly important in managing this type of patient and perhaps dispel some myths surrounding factors that are often stressed but are of questionable importance and, therefore, of little value in the pre-hospital setting. In a previous article we wrote about drowning prevention meseausres, but what if those won’t help? 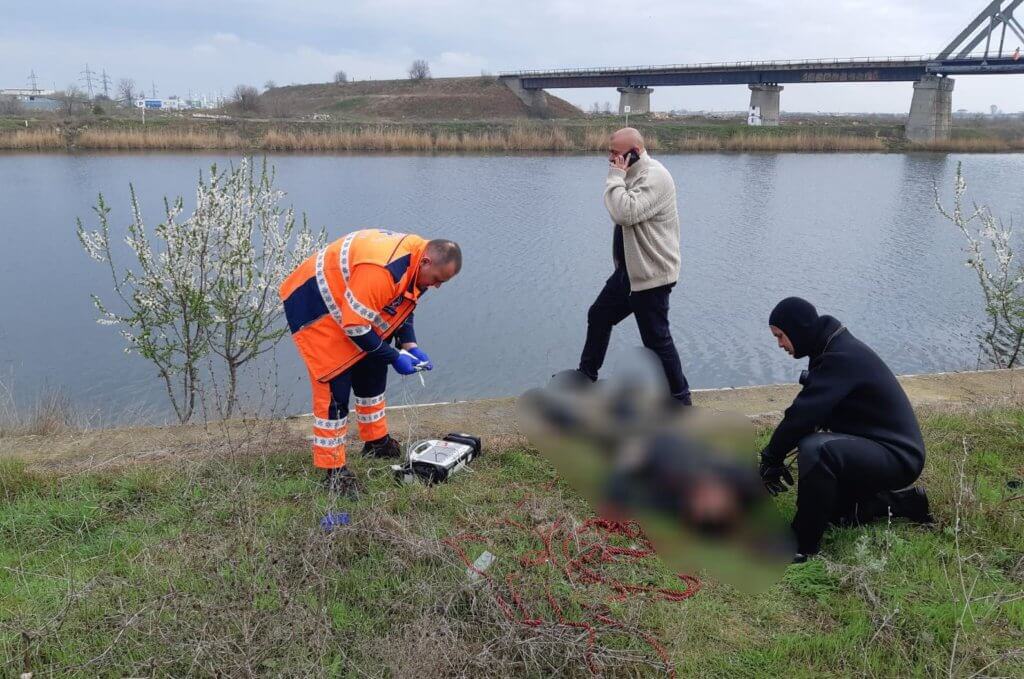 As stated earlier, drowning begins with the submersion of the patient in a liquid. The ensuing chain of events is referred to as the hypoxic march.

Step two begins when the respiratory breakpoint is reached. At this time, hypercarbic and hypoxic drives stimulate inspiration — of water. Tachycardia continues, as does tissue hypoxia and metabolic acidosis (decrease in blood’s pH as a result of acid production by the body).

During step three, water enters the lungs. Peripheral airway resistance increases. Reflex vasoconstriction (de-crease in the diameter of the blood vessels) of the pulmonary vessels occurs. This results in pulmonary hypertension and the development of pulmonary shunts. Lung compliance decreases resulting in “stiff lung syndrome” which increases resuscitation difficulties.

The decompensation stage of drowning, step four, occurs next. At this time the victim gasps for air, inhaling more water. The water and surfactant mix with the air to form foam and froth in the lungs and airway. The flux of water into the blood continues.

The victim begins to swallow water. This results in emesis (vomiting). Apnea (cessation of breathing) recurs. At this time, consciousness is lost.

Step five, the neuronal dysfunction stage, is characterized by a breakdown of the blood-brain barrier. Brain damage begins.

Up until this point, the body has reacted to hypoxemia (inadequate levels of oxygen in the blood) by increasing the heart rate. The tachycardia has resulted in an increased oxygen demand.

Step eight is characterized by the death of the somatic or vegetative processes of the brain.

This is the final step in the above outlined hypoxic march —death by drowning.

Wet drowning occurs in 85-90 percent of drowning/near-drownings. Wet drowning is so-called because the victim’s lungs are flooded with water. The eight steps of the hypoxic march accurately describe what actually happens with the victim of this type of drowning.

In 10-15 percent of drowning/near-drowning incidents, laryngospasm (spasms of the larynx) occurs during step three, effectively sealing the trachea and protecting the airway from aspiration.

Known as “dry drowning,’ the victim essentially dies from suffocation, with little or no damage to the lungs or its surfactant.

In some near-drowning victims, a phenomenon known as “secondary drowning” occurs. In the last several years, researchers seem to be placing less emphasis on the tonicity (salt content compared to that of body fluid) of the inhaled/ingested water. Studies have shown that pulmonary edema can occur as a complication secondary to near-drowning in both freshwater and saltwater.

There are several variables that play a large role in the survivability of the near-drowning victim.

Was there any trauma to the victim?

It would be self-defeating to hyperextend the neck of a patient to ventilate him and sever the spinal cord. Cervical spine injury is always a possibility.

Were drugs or alcohol ingested by the patient?

What are the patient’s underlying medical problems?

Is the patient epileptic? A diabetic with depleted glycogen stores will be somewhat difficult to resuscitate until some glucose is on board.

Is the incident the result of anaphylaxis (severe allergic reaction) brought on by a sting from a jellyfish or ingestion of clams?

If at all available, witnesses and associates should be interrogated to determine a history.

Panic also is an important factor affecting the outcome of the incident. If an individual resignedly slips below the surface, following a shipwreck in the North Atlantic, or is unconscious prior to entering the water, his prognosis is much more favorable than that of the person who panics and struggles to get air into his lungs.

Ectopic beats (beats originating in an unusual area of the heart) become frequent until ventricular fibrillation occurs, followed by asystole. Thus, in this instance, the rescuer is attempting to resuscitate and infarcted myocardium.

The patient’s approximate age is very important. It is generally accepted that infants and toddlers possess a mammalian diving reflex. This is a series of physiological responses to immersion that results in peripheral vasoconstriction and shunting of blood to the brain, heart, and lungs. 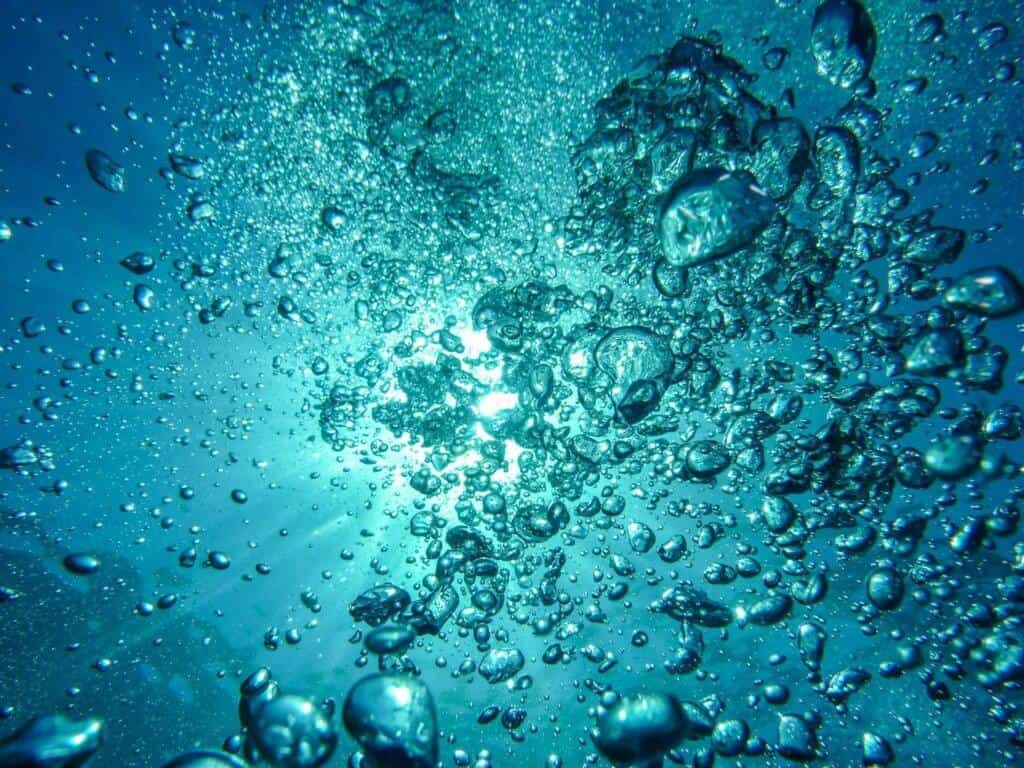 Time of immersion obviously enters into survivability. However, unlike anoxia out of water, anoxia of sub-merged tissue does not appear to have such rigid limitations.

Besides a victim’s age, duration of immersion, and general health, probably the most decisive factor of all is water temperature. Studies on animals and humans, as well as data gathered from accidents, show that immersion in very cold water lowers the body temperature, slows the metabolism, and decreases the oxygen requirements of the body. The saying “A patient isn’t dead until he’s warm and dead!’ is ever so true for the drowning victim.

Read next: How To Deal with Panic When SHTF

The hypothermic drowning/near-drowning victim presents special examination and handling challenges. One authority, J.P. Orlowski, warns, “A full minute or even longer may be required to detect a single heartbeat or breath in a severely hypothermic patient.”

Additionally, “The cold and bradycardic heart is very irritable, and fibrillation is easily induced!’ A core body temperature of about 85 degrees Fahrenheit will probably be refractive to defibrillation attempts. Based on the available information, the individual who has fallen into ice water, if handled properly, has a good chance of full recovery.

Treatment of a drowning/near-drowning victim is aimed at relieving hypoxia. Mouth-to-mouth ventilation can and should be begun in the water as soon as the victim is found to be apneic.

It is difficult to palpate the pulse of a healthy person while you are both in the water. Any attempt to do so on a victim is a waste of precious time. If the patient is not hypothermic, once out of the water, CPR should be performed if indicated (absent heartbeat).

A cervical immobilization (rigid collar) device should be applied at the earliest opportunity. Expect the patient to vomit and have suction ready, if possible, to prevent aspiration. In the absence of spontaneous respiration, the patient’s airway should be secured, preferably by endotracheal intubation.

The patient should be ventilated with 100 percent oxygen using a bag-valve assembly. A nasogastric tube should be passed to remove stomach contents and facilitate respiration.

The Heimlich maneuver is contraindicated in uncomplicated drowning victims as it will almost certainly produce reflux of the gastric contents with the risk of aspiration.

An intravenous of Dextrose 5 percent in water should be started and run at a keep open rate if someone is on the scene who can initiate an IV. Metabolic acidosis will interfere with resuscitative efforts. This should be treated by the intravenous administration of Sodium Bicarbonate, 1mEq/kg in the adult and 2mEq/kg in the child.

Cardiac dysrhythmias should be treated following standard ACLS (Advanced Cardiac Life Support) protocols. Management is simply aimed at relieving hypoxia, preventing aspiration, correcting acidosis, and monitoring or maintaining cardiac activity. All victims of near-drowning should be transported to a hospital for examination. This should be stressed very strongly to any reluctant patient or parent.

Treatment of the hypothermic drowning/near-drowning victim has the same objectives but is a bit more complicated. If the patient’s temperature is 85 degrees Fahrenheit, rapid, gentle rewarming is indicated. This can best be accomplished by immersing the trunk in a warm water bath. Below 85 degrees, the heart is refractory to defibrillation attempts and medications.

Once the patient’s temperature has reached this level, slow warming (1-degree centigrade — about 1.8 degrees Fahrenheit, per hour) should be initiated. This is best accomplished using heated blankets. En route to the hospital, hot packs taped to the oxygen humidifier bottle, and oxygen tubing will help to warm the oxygen being administered to the patient.

T.G. Mar-tin, the author of “Near-drowning and Cold Water Immersion,” recommends that “In warm water victims, mouth-to-mouth breathing should begin in the water. In cold water victims, unnecessary manipulations and hyperventilation should be avoided because both induce ventricular dysrhythmias.”

Warmed oxygen, warm blankets, cardiac monitoring, and very gentle handling are the recommendations for handling the cold water near-drowning victim. Except for asystole or ventricular fibrillation, CPR (and endotracheal intubation) should not be performed on the severely hypothermic patient. 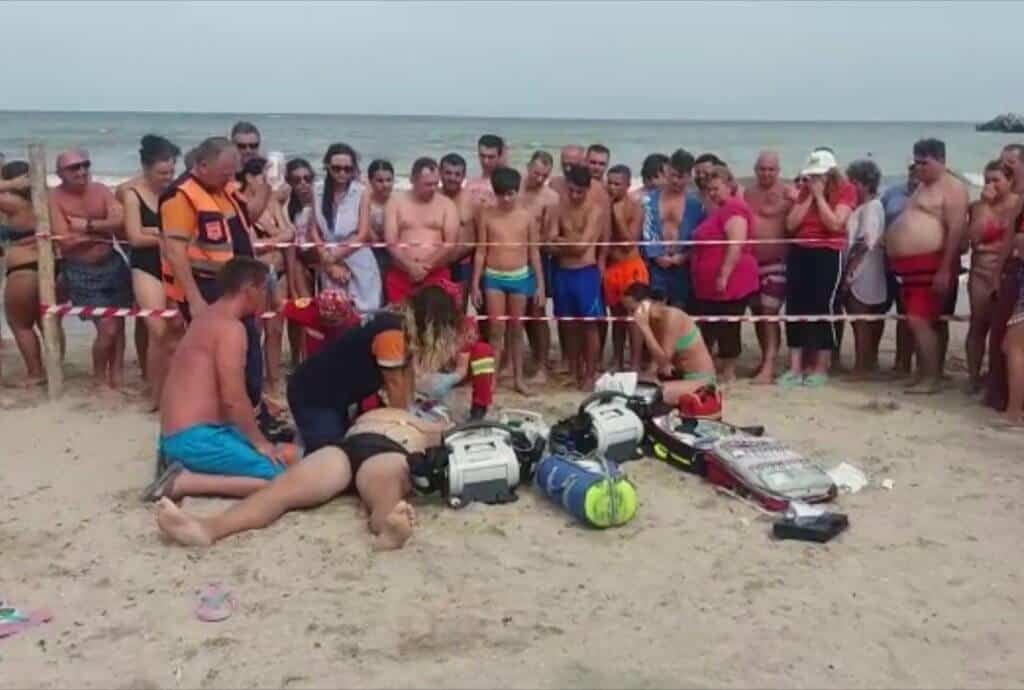 Although not of primary concern to the pre-hospital care provider, it is good to know the complications that can result from a near-drowning incident. While these should not be cited for the patient or parent, these are the reasons the patient needs to be seen at the hospital regardless of his apparently fully recovered condition.

Secondary drowning, tracheal necrosis, pneumonia, pneumothorax and necrotising pneumonitis can set in from hours to days after the incident. Since the brain is deprived of oxygen, cerebral edema is not uncommon in the near-drowning victim. This can result in seizure activity or other neurological manifestations.

It may be difficult to convince an adult he is not “alright” following resuscitation, but that should also be considered part of the near-drowning treatment protocol. Obviously, for anyone concerned about this subject, the prevention of drowning should be almost as important as knowing the protocol for its treatment.

Encouraging the development of programs to teach CPR to students and housewives and employers should be a high priority for any service-minded organization. Helping to initiate drown-proofing education at neighborhood pools would serve the community far better than a campaign to clean up litter. As with most other accidental injuries, drowning/near-drowning can best be treated by education and prevention.

Unless you are trained in water rescue, be wary of attempting a rescue under conditions that may result in your becoming a victim instead of a rescuer.

Please remember that ALL near-drowning victims need to be evaluated at a hospital, regardless of apparent condition.

How to normalizes cholesterol levels and clears blocked heart arteries

How to get rid of heartburn for good