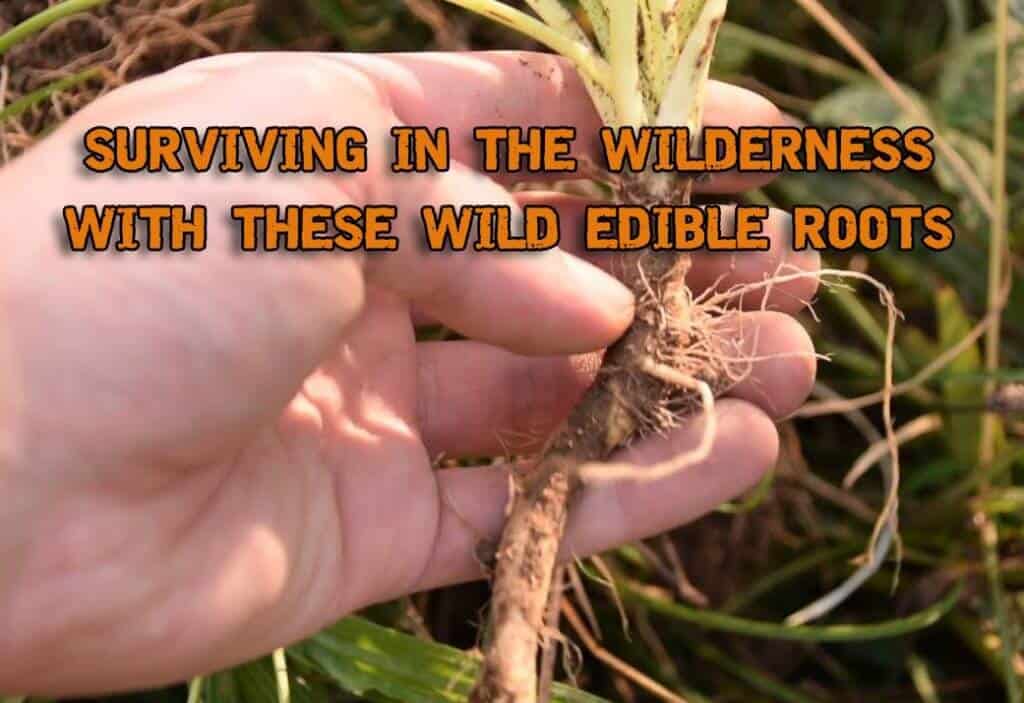 In the old days, the pioneers managed to sustain themselves by foraging and by hunting. Gathering wild edible roots from their natural environment was perhaps the only thing that helped them survive the winters when the crops failed. As you saw in the first part of this article, there are quite a few wild edible roots that can provide you with proper nourishment during an emergency situation.

Since the dawn of time, humans were able to sustain themselves by hunting and gathering. In fact, it is believed that humans learned to forage by watching animals. The main difference between animals and humans was that by means of our ability to communicate verbally we managed to pass our accumulated knowledge to younger generations. Often, through trial and error, people learned what plants are edible and working together, they managed to pass their skills on and refine their foraging methods.

The pioneers represented an amazing diversity of cultures and backgrounds. While some of them were able to bring seeds of plants native to their origins, others relied on what the new environment provided. The pioneers spend time observing the natives to learn their ways of foraging. While some of the plants they used back then are no longer available due to intensive farming or domestication (adapting wild plants for human use) some wild edible roots can still be encountered in the wild.

Flower: The flowers are yellow and bell-shaped as their name suggests, and depending on latitude and elevation can be found blooming from April to early June.

Size: At the time of flowering the entire plant is usually under 6 inches high. The edible flat corm is 1/2 to 1 inch in diameter with small bulblets near it.

Edible Part: The entire plant is edible raw or boiled. The stem often becomes tough when flowering. Seed heads may be eaten after flowering. The corms are eaten raw, boiled or roasted.

Suggested article: 6 Wild Plants You Could Turn Into Flour

Habitat: Moist, rich soil. Often found in shade although it is also found in open forest areas, valleys and canyons from British Columbia to Alberta south to Colorado and west to Oregon. There are eight species of Hydrophyllum—three occurring in the Rocky Mountain area.

Flowers: Depending on elevation and latitude, Waterleaf blooms from late April into mid-June. Its flowers are purple.

Size: 3 to 15 inches when flowering. The most common size is around 6 inches. The roots range from 1/8 to 3/8 inches in diameter and are 2 to 6 inches long, hanging down in a fascicle of storage roots.

Habitat: There are a reported 50 different species of wild onions in the Rocky Mountains alone. Onions can be found from the east to west coast of the United States, north into southern Canada and south into Mexico. Because of the many species they are found in a variety of habitats from sunny, dry southern exposures, in the semi-desert sagebrush community, in meadows and shady creek banks, in the mountains, and in suns) dry areas of the plains. They are often found with sego lilies and biscuit root in the sagebrush communities on dry southern exposures in early spring.

Flower: Onions flower from early April to August depending on the elevation. The flowers range in color from white and/or pink to deep purple.

Edible Part: The whole plant is edible although the stem becomes too tough in some species after flowering. The plant and bulb can be used as a flavoring in soups and the bulbs may be eaten raw or roasted. Onions can also be dried fur future use.

The green plant itself may be used as a substitute for insect repellent by crushing the leaves and rubbing them on exposed flesh. The repellent must be replaced every 30 to 60 minutes depending on the ferocity of the insects. The dry seed heads, after staying into the winter, give a long gathering season if the ground is not frozen.

Habitat: Generally found in wet meadows withstanding moisture. Also found along stream banks and usually in rich soil. Of the six species, all but one are confined to the west, ranging from British Columbia to Alberta, south to Utah and west to California.

Flower: The Blue Camas, blue blossoms can be found from the middle of April into June.

Edible Part: The bulb of the Blue Camas may be eaten raw, baked, roasted or dried, although it is best when cooked in a steam pit. Camas grows in large patches where cultivation has not interrupted its normal habitat and it can be gathered in large quantities.

CAUTION: Extreme caution must be used to not confuse Death Camas with Blue Camas. If Blue Camas is always gathered while in bloom there should be no problem with identification as the small yellow-white flowers of the death camas in no way resemble the large spectacular blue flowers of the blue camas.

Related article: Native American Soap Plants You Can Still Find And Use Today

Habitat: The species of Fritillaria are scattered all over the northern hemisphere, three in the Rocky Mountains. It is found in damp soil, in open sage-brush, open woods and in the mountains. It ranges from Washington eastward to North Dakota, south to New Mexico and west to California.

Flowers: The brownish flowers appear from mid-April to mid-June, depending on latitude and are somewhat difficult to spot as the flower hangs down, hiding its color.

Size: 8 to 24 inches with the common size about 12 inches, depending on soil conditions. The starchy corm ranges from 1/2 to 2 inches in diameter.

Edible Part: The flat oval shape corm may be eaten raw, boiled or roasted. This plant seldom grows in patches, making it difficult to gather in large quantities and because of its dull colored flower, is often passed unseen.

GENERAL CAUTION: Blue Camas. Sego Lily and Onion may be confused with Death Camas (Zigadenus). The Sego Lily bulb will have only four rings when the bulb is cut horizontally whereas Death Camas has multiple rings like the onion, but it does not smell like an onion.

Make sure the onion smell is not coming from your hands (after gathering onions) when checking bulbs. Blue Camas must be harvested when in bloom to be absolutely safe from confusion with Death Camas.

Also, Poison Hemlock and other poison types can be confused with Biscuit Root in their early stages of growth and positive identification is a must. Do not gather along roadways, ditch banks or fields where pesticides or herbicides may have been sprayed.

Before you try your luck on the edible roots listed in this article, the plant should first be identified during their flowering stage then watched throughout the year to learn their specific characteristics. You should be able first to identify them throughout their growing season.

Some plants (i.e., Sego Lily and Onion) maintain dried seed pods into the winter and even on into the next spring, depending on the snowfall and severity of the winter. This makes it possible to gather these plants if the ground isn’t frozen throughout the year. Whether for fun or an emergency situation, the ability to gather wild edible roots and to be self-reliant gives one a feeling of pride and security. The ability to harvest wild plants can be key to survival in any long term survival situation.