The Donner Party was a group of American pioneers who migrated to California in a wagon train from the Midwest. Their journey was delayed by a series of mishaps, and they were forced to spend the winter of 1846–1847 snowbound in the Sierra Nevada mountain range.

Some of the pioneers resorted to cannibalism in order to survive. They had to eat the bodies of those who had succumbed to starvation, sickness, and extreme cold.

Chronicle of The Donner Party

A group made of nearly 90 emigrants left Springfield, Illinois, and headed west. Under the guidance of brothers Jacob and George Donner (the expedition was named after them), the party made an attempt to take a new – and supposedly shorter – trail in order to reach California.

They were moved not by the desire for a solitary life, consisting of renouncing the daily surplus. They nourished ardent hopes for a better future, in both economic and religious terms. They were trying to make their way to a state that for many, perhaps for all, in those years, did represent the Promised Land: California.

A booklet had paved the way: “The Emigrants’ Guide to Oregon and California” filled out by Lansford Hastings: a small compendium (guide) on how to reach the desired destination through the Great Basin and the Salt Lake Desert. There was only one problem: those last hundred miles (nearly 160 km) that crossed the Sierra Nevada. A big nuisance if it started snowing.

500 wagons from Springfield, Illinois, joined together and formed a long caravan. They were large families, like the Reed’s – the undisputed leader of the expedition – which had thirty-two members.

There were also elderly people and children. They had food, supplies, chests, beds, furniture, and all sorts of furnishings to start a new life in the promised land. 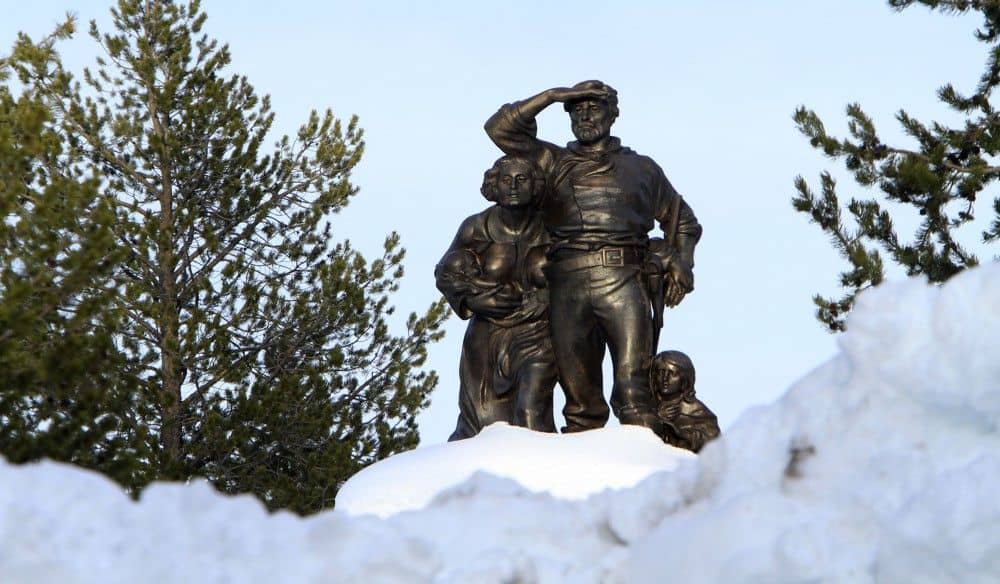 The Party waited for Hastings at Fort Bridger; nonetheless, at that time, the guide was leading an earlier wagon train along his new trail.

Hastings promised that he would be back soon as he was marking the new route specifically for the Donner Party.

They made their way to Echo Canyon, Utah.

From August 30th to September 3rd:

They laboriously and frantically crossed the Great Salt Lake, losing a large number of oxen and starting to see the certainty of reaching their destination wavering through the shortcut indicated by Hastings in his Manual.

His own traces, now dating back to previous weeks, were difficult to follow, and considerable internal disagreements had by now begun to wear down the unity of the group, which found itself near the Truckee River at the beginning of winter, after having crossed unimaginable passes for such an expedition.

The attempted to set up a makeshift winter camp, coupled with the decision to send some members to seek help, appears to be the only possible decision.

Breen, a member of The Donner Party, wrote in his journal: “Still snowing. Now about 3 feet deep. Wind W[est]. Killed my last oxen today. Will skin them tomorrow. Gave another yoke to Fosters. Hard to get wood.”

By December 6th, some members of the party began to create snowshoes out oxbows and rawhide: they tried to depart from that terrible ordeal under the guide of Stanton, another party representative and two Indians.

As the time went by, the food supplies began to run extremely low. In the middle of  December,  some members of the group started to move by feet in high snow in order to call for help. Some of those who remained,  they could not help but.. devote themselves to cannibalism.

A bunch of rescuers coming from California attempted to reach the migrants, but the first relief party did not arrive just across the middle of February 1847: sadly, four months after the wagon train became fatally trapped in the Sierra.

Of the 87 original members of the party, only 48 survived the agony.

The episode is still considered as “one of the most spectacular tragedies in California history, and in the entire record of American westward migration.”  (McGlashan,  Stewart)

“The Donner Pass, in the Sierra Nevada (Northern California), is named for the Donner party. The pass now represents the most important transmontane route (rail and highway) connecting San Francisco with Reno. It lies within Tahoe National Forest, and Donner Memorial State Park is nearby.” (Wikipedia)

The Donner Party as we know it – movies and literature 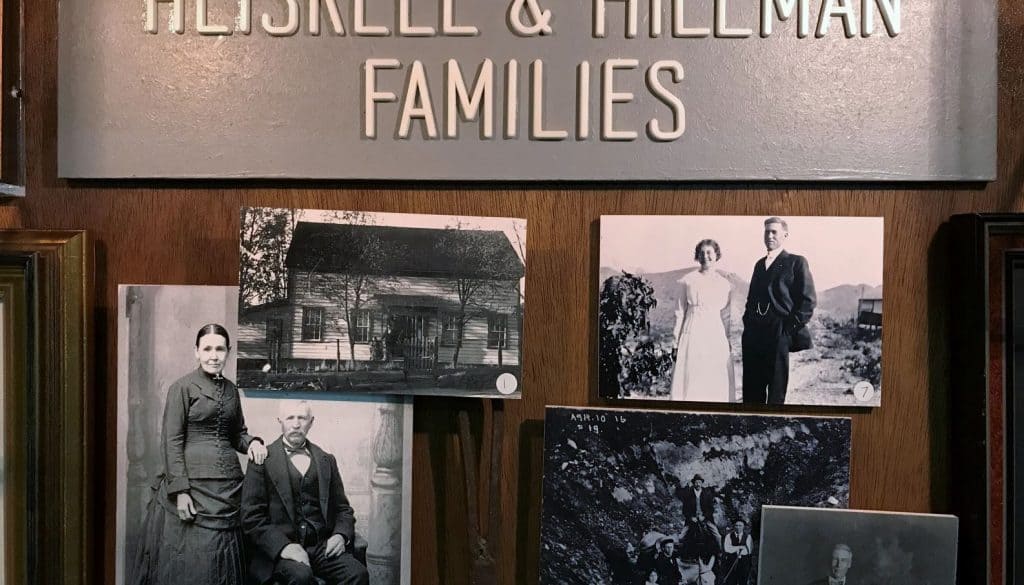 The ordeal related to the raw but, in the very same manner, the human story of the Donner Party fascinated a lot of journalists and writers. It would be impossible to quote all of them.

This ruthless history, in fact, inspired a lot of artists of all kinds.

Below you will find an essential list of books and movies you won’t have big issues to find, along with some movies produced on the tragic facts.

Adventurous Children Of the Donner Party by Holly Wilson Bennet (2016)

Led to the Slaughter: The Donner Party Werewolves by Duncan McGeary (2014)

The Archaeology of the Donner Party by Donald L. Hardesty (2005)

Ordeal by Hunger: The Story of the Donner Party by George R. Stewart (1992)

The Best Land Under Heaven: The Donner Party in the Age of Manifest Destiny by Michael Wallis (2017)

The Donner Party Survivors among gore and necessity 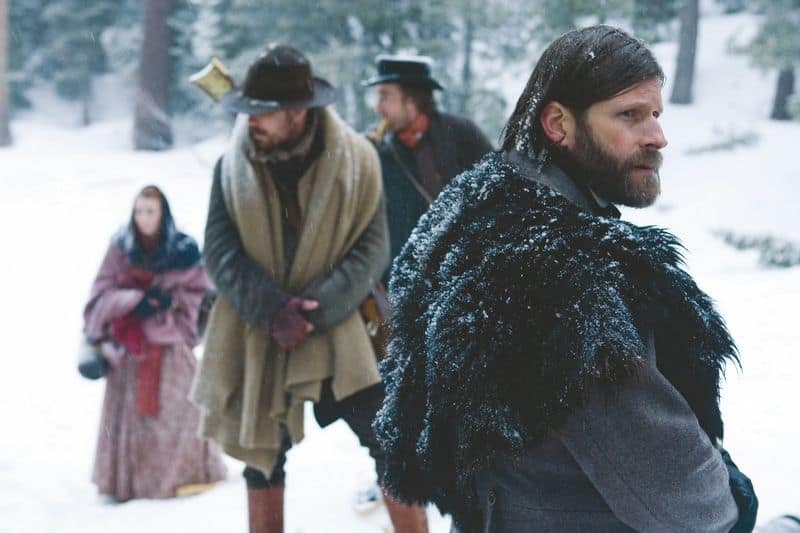 The history of the Donner Expedition is, in some ways, a child of that time, triggered by emergency, desperation, hopes, and disillusions.

As mentioned, lots have been formulated, said, and written on what some of them did, especially from a religious point of view.

By saying that, it is necessary to underline that many of the people involved, of wealthy extraction, had little or no notion of survival (neither of tracking) at all. They trusted on their scouts as well as on the indications provided by Hastings.

At the very beginning of their journey, they had no idea of what they could have to face.

In an attempt to briefly sum up their strive to survive, we can mark four consequential steps:

(It is still unclear if  they did have with them the pemmican, so well known in polar expeditions).

No doubt they suffered a real anticlimax. Some of them eventually survived, but the price to pay happened to be extremely high and morally demanding.

So, what exactly went wrong?

The original plans went horribly wrong. They found themselves in real weather and geographical trap, with no way out.

They did have no Plan B, and the presence of harmless people to protect pushed all members to consider common safety as a priority.

Their extreme epilogue has often been depicted as an act of cruelty, but, in the end, it appeared to be the very last possible thing to do.

As a matter of fact, they were survivors, but can we consider them forerunner Survivalists?

They surely had knowledge of the essential survival skills. At that time, it was an ordinary part of quite everyone’s life, with the exception of upper-class people.

For this reason, some Historians recently looked at them as forerunner Survivalists. They put into action their knowledge until an extreme, radical point.

“[…] Twenty-six, and possibly twenty-eight, out of the forty-eight survivors, are living today. Noah James is believed to be alive, and John Baptiste was living only a short time since, at Ukiah, Mendocino County, California. Besides these two, there are twenty-six whose residences are known. William McCutchen, who came from Jackson County, Missouri, is hale and strong and is a highly-respected resident of San Jose, California. Mr. McCutchen is a native of Nashville, Tennessee, was about thirty years old at the time of the disaster, and has a clear, correct recollection of all that transpired. Lewis Keseberg’s history has been pretty fully outlined in his statement. He resides in Brighton, Sacramento County, California.[…]”
Charles Fayette McGlashan, “History of the Donner Party: A Tragedy of the Sierras,” 2012

Far from being gruesome, this story taught us that the will to survive could go far beyond any religious belief, any skill acquired which can be fallacious sometimes, especially if you see all the hopes and physical strength tremble even more every single second.