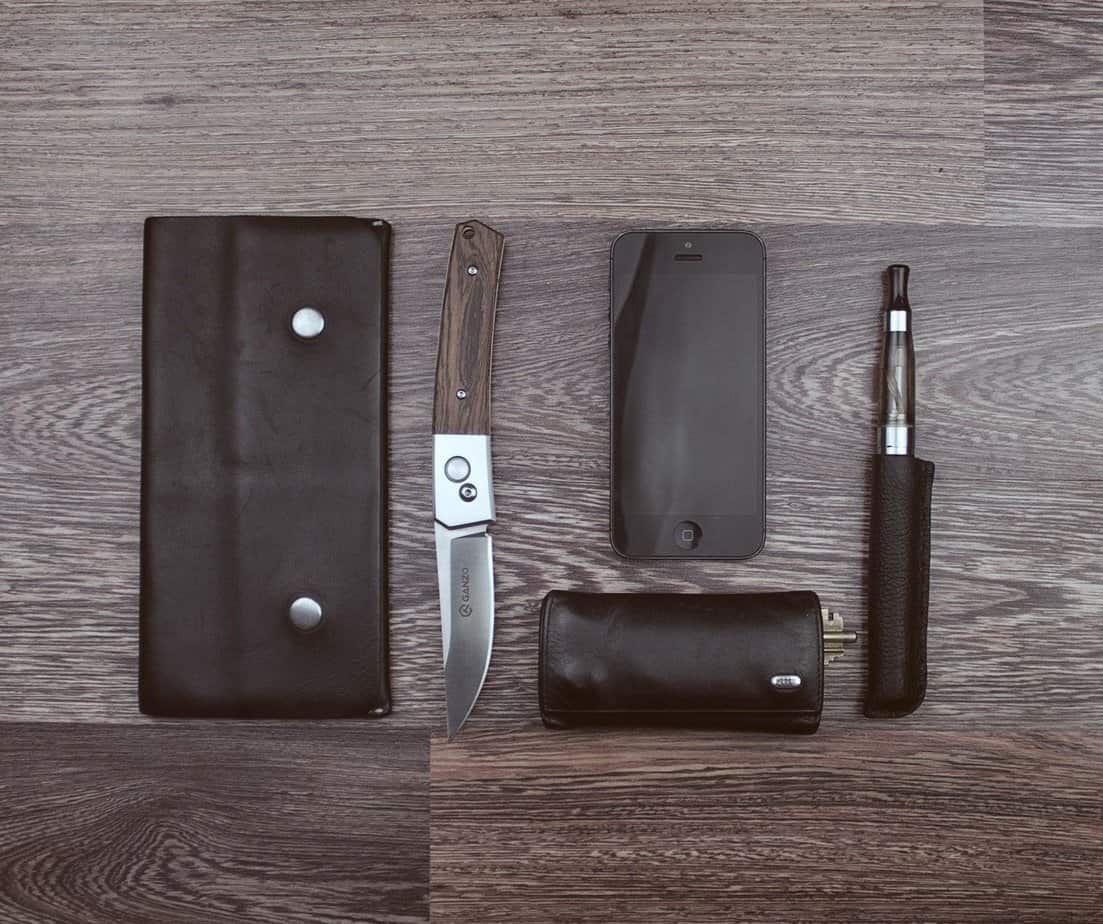 Traveling with knives abroad is a daunting challenge, and it can get you in trouble if you don’t pay attention to a few particularities. Even a pocket knife can be considered a dangerous weapon, and you may have to explain yourself to people that are not familiar with the preparedness lifestyle and, even worse, the English language.

Those who are about to travel internationally often asked me what type of blade tool they can bring with them and if it will be legal at their destination.

The first thing I tell them is that there’s no universal rule when it comes to traveling with knives. There are many cultural variables and differences, and I often tell people to forget or ignore (if you will) the concern of being legal.

First of all, you aren’t going to have the rights you have in the United States, and second, self-defense isn’t a recognized concept or legal principle in many countries, especially for foreigners. If you can’t deal with that, you are better off staying home or go to known tourist destinations that offer some sort of protection.

Let’s look at a few rules for safe traveling with knives and what you should do when those guidelines fail.

First and foremost, wherever you decide to go, don’t stand out. This is a general rule for traveling abroad, and trying to be the gray man should be on top of your list.

If you call attention to yourself, you will only increase your chances of being stopped and questioned, and in certain cases, even frisked.

I recommend always carrying a Swiss Army pocket knife since sooner or later you will find a good use for such a tool. I carry one in my shaving kit when I travel abroad. Such a knife won’t typically get you in trouble in most parts of the world. The worst thing that could happen is that you will be obliged to surrender the knife.

Once you are set with a primary multi-use tool (knife), how about something larger?

Something that can be used properly in a self-defense situation. The main rule here is to avoid taking the larger knife out of your pocket unless you have to.

Many countries have a negative view on locking folders but will allow traditional slip-joint knives, so if you decide traveling with knives, a non-locking model could be a safer bet.

If you find yourself in a bad part of the town and you spot a dangerous situation developing, your first option would be to run. If that option fails, you could go for a deep, messy, and painful cut on your aggressor and then run.

A slashing cut won’t require a locking blade and are less likely to be lethal. Now, if you have a problem with this, return to point one and stay home when you have the legal rights you are familiar with. 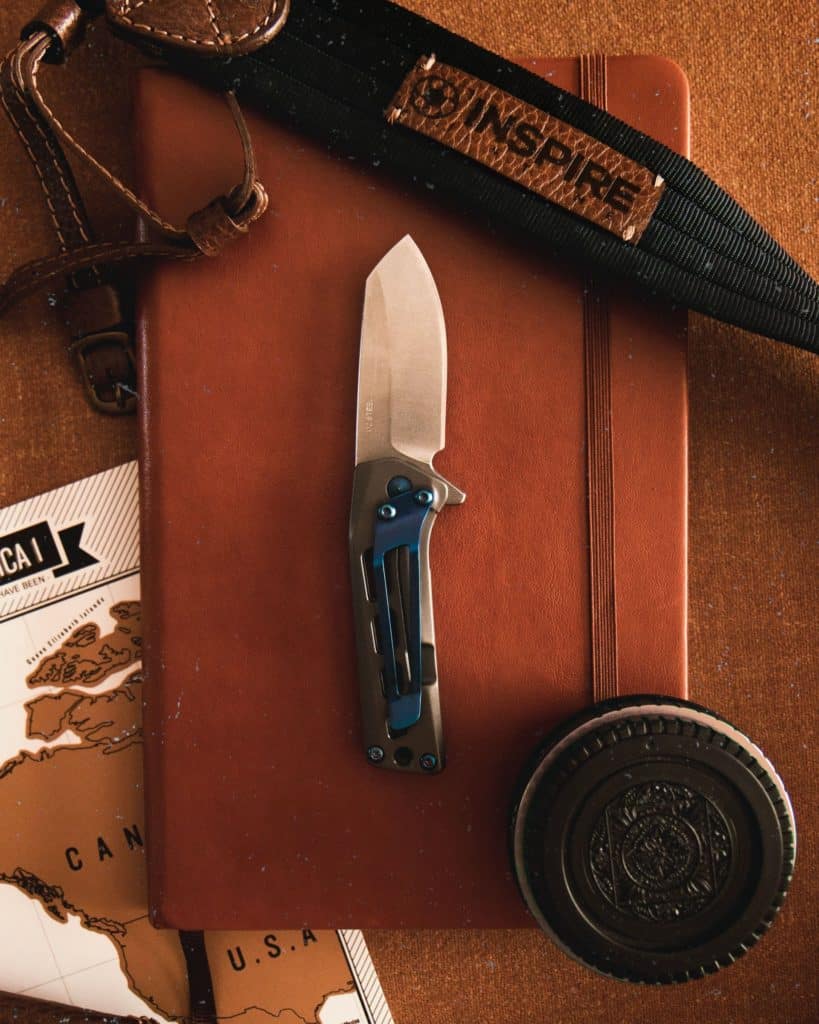 If you choose a folder for travel, search for something low-key and non-threatening in appearance. A satin blade with a bright-colored handle is much better than a black blade and a grip engraved with a skull or any other intimidating element.

In most “third world countries,” you can find tactical style folders in public markets and even some automatics that you won’t find in our country. This will help you avoid having your good (expensive) knife confiscated at the airport. I found many good knives for ridiculously low prices in markets in South Africa and Central America.

One thing I can recommend is to be careful if you try to bring it home since you will lose it at customs if you don’t place it in the checked baggage. Traveling with knives in carry-on baggage will get you in trouble.

If your preparedness plan includes surviving major riots, criminal gangs, terrorist attacks, or a general breakdown of law and order in a foreign country, you are most likely facing a different set of engagement rules.

A good friend of mine, an Army veteran, carries some cardboard and a roll of duct tape in his luggage. This trick is helping him improvise a sheet for the knives he buys locally. When he arrives at his destination, he visits a public market and usually buys a boning knife with a straight 5- or 6-inch blade. Doing a little bit of work with the duct tape and cardboard, he can improvise a sheath for the knife, a disposable one that he can ditch just about any place if he absolutely needs to.

Compared with the average tactical blade, a 6-inch boning knife is usually longer, stronger and sharper, and it doesn’t require opening; plus isn’t suspicious-looking. And If someone confiscates your knife, it won’t cause a significant dent in your traveling budget.

Now, if you want to carry the knife on your belt or on a neck cord, add a short loop of string and secure the ends with the tape. You can use a shoelace for this task. Personally, I recommend carrying the knife in a deep pocket since it’s much easier to dump it if you have to. The first rule of survival in far-off places is to never get caught.

Suppose you buy a local blade, don’t get your hopes up of getting a finished working edge. However, the same market that sold you the knife will most certainly offer basic silicon carbide sharpening stones at a low cost. These will do just fine for putting a working, meat cutting edge on your newly purchased blade.

Tips for traveling with knives 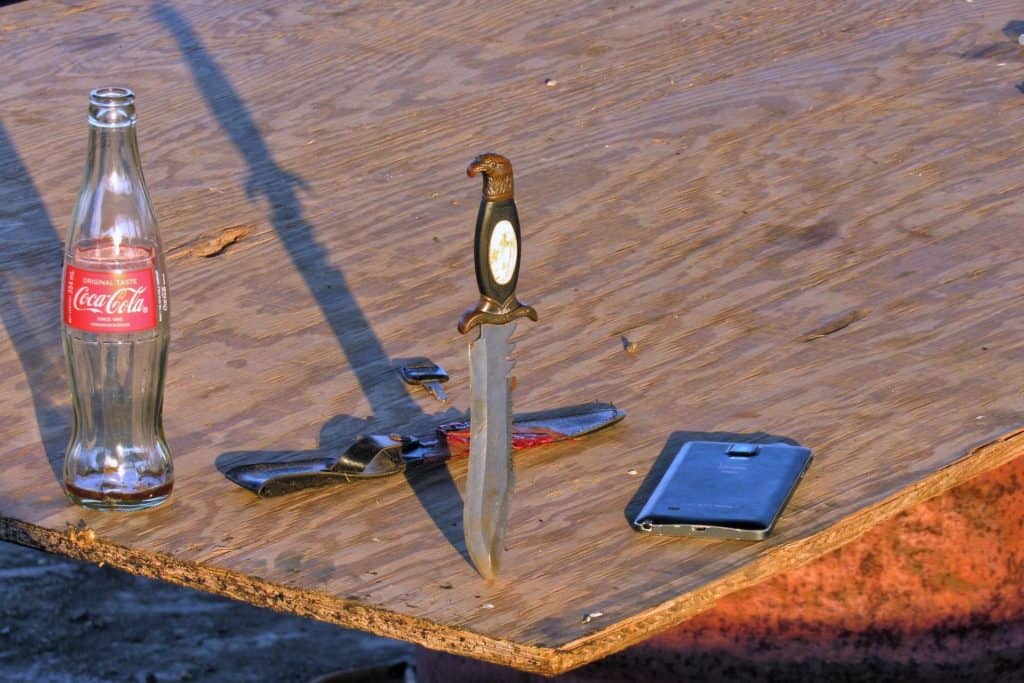 So let’s summarize and write down the main best practices.

Don’t try to go through customs with any knife that looks threatening.

Carry a Swiss Army pocketknife and use that one first. 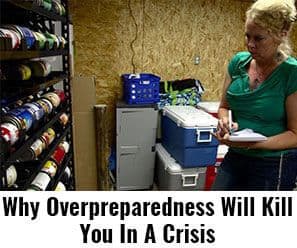 Whether you are coming or going, be ready to surrender whatever you have to.

Don’t stand out in a crowd.

Don’t display any large knives you might have on you.

Avoid dangerous areas and avoid confrontations. Flee if you can.

If you are forced to fight your aggressor(s), try to disable them and run.

Try to get a knife from the local markets.

Make sure you are able to improvise a sheath to carry your knife properly.

Have a plan in case things don’t go your way, and make sure you are able to dispose of the knife you are carrying.

Always remember that you are on foreign ground, and you have to play by their rules, not the U.S. ones.

The tips and tactics listed in this article will help you traveling with knives abroad. However, the main point you should always remember is that the safest way to win a confrontation is avoiding one entirely. If you choose a knife for travel use, look for something low-key and non-threatening in appearance.