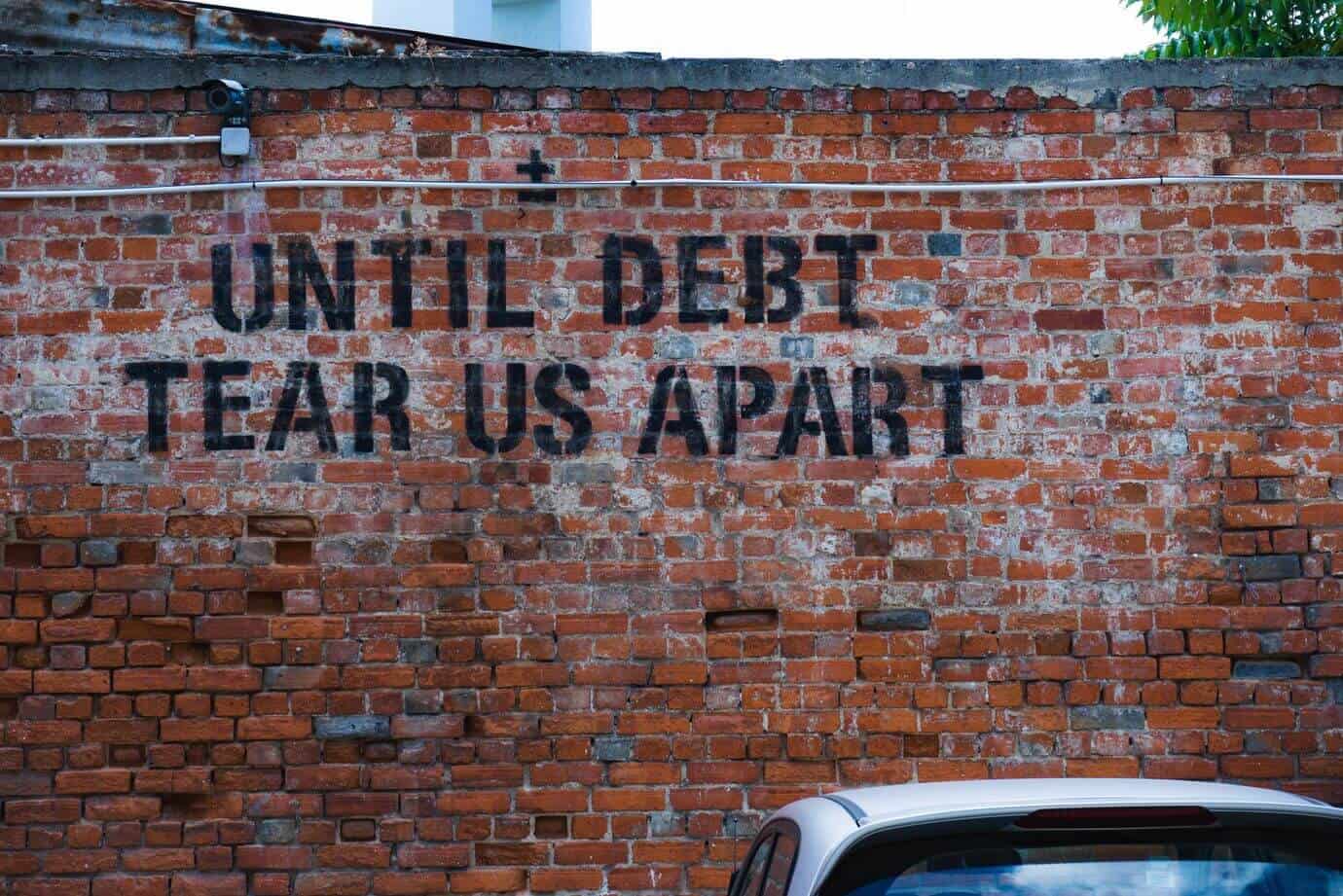 Survivalists often seem to be preparing for national calamities or the collapse of society. However, it is wise to examine how well prepared we are for milder occurrences like an economic recession. They say that money is the root of all problems, but for the prepared individual, that might not be the main concern.

We can always say that a recession is coming

Contents hide
1 We can always say that a recession is coming
1.1 Economics breakdown
1.2 No Government Means Currencies are All but Worthless
1.3 U.S Debt
1.4 At Least You’ll Be Debt Free
1.5 What Should You Do?
1.6 Stockpile objects of value instead of money
1.6.1 Concluding
1.6.1.1 Useful resources to check out:

The two questions that we must answer are:

We never know exactly when the recession is coming, but seeing how things are developing in North America and Europe, a recession might not be far away. However, the composite of leading economic indicators (a group of measures like housing starts which tend to move ahead of the economy), has dropped for a month or two at a time over the past year and a half, but bounced back, sometimes strongly, in other months. Thus, it has not yet turned down.

Around 65% of Americans are already stockpiling for a potential apocalypse and rightly so,but preparations should go beyond stocking up on tinned food and guns.

The whole structure of society will change, requiring a shift in your psychology, and you need to ensure you are able to adapt along with it. In particular, everything you learned in economics 101 will be thrown out the window. The meaning and value of money won’t be the same, so you will need to get creative with how you acquire goods and services. 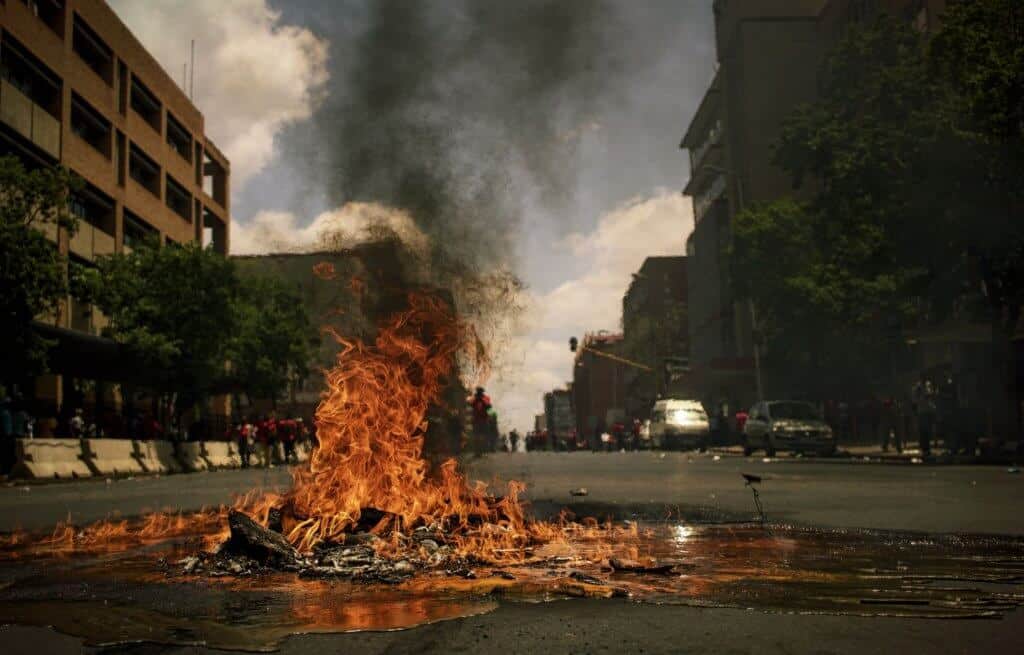 In the past, it turned down as much as 10 months on average before a recession started. But that 10-month figure hides a lot of variation — the index turns down anywhere from much longer than 10 months before the recession to just before it starts. Interest rates also help indicate when a recession is coming. As long as interest rates decline or stay at a low level a recession is not likely to start.

Since the middle of 1988, short term rates have risen faster than long term rates, which typically happens before a recession, but through the Spring of 1989 had not yet exceeded the long term rates by a clear margin. Thus, interest rates were not yet telling us that a recession is imminent, but have risen enough to give a signal if the trend continues.

The stock market is another indicator. We can say with some confidence, “a recession doesn’t occur without a substantial drop in the market?’ Every significant market drop does not signal a recession, but it is a pre-condition that has been satisfied with the prosperous general economy.

There is a parallel in that, of course, to the 1920s. After showing some evidence of recovery, agriculture was hit by drought in 1988. Regional weaknesses are also apparent.

We tend to think giants like General Motors, must be doing OK. But they haven’t done that well considering how prosperous (measured by the broad measures) our economy has been. We can see several signs of this.

Some companies, even big companies, are already in real trouble in their finances. Even the Standard and Poor’s Industrial Index, an index of large, well-established companies, shows some weakness. We often use the S&P Index as a measure of stock prices, but Standard and Poor’s also supplies earnings and dividend information on the index as if it were a stock.

Looking at those aspects suggests that the apparent boom we’ve had has obscured some weaknesses. When the overall economy turns down, the existence of these weak areas may drag down the rest of the economy, making the recession worse than it otherwise would be.

We can also see the fragility in our financial system. One indicator of this is the levels of debt. You probably know about the troubles of countries like Brazil and Venezuela from the enormous debt they’ve incurred. A lot of it is owed to our banks. When those countries can’t pay the debt, and it doesn’t look like they will be able to, it also hurts our banking system.

No Government Means Currencies are All but Worthless

Currency is only valuable insofar as it is backed by a government body. For some amount of time, cash may still retain value while enough people agree that it does. However, the markets will instantly become unstable, which may lead to hyperinflation.

Some may return to precious metals like gold as an alternative, but this too will lose value in an economy with no banks, government, or other official structures.

Even inside the United States, we find high levels of debt. Corporations over the last several years have used more debt. Individuals have used more debt than we financial advisers to individuals think wise. That, again, has implications. When the economy turns down, it will become difficult for these companies and people to pay their debt.

More defaults on the debts are likely than in earlier recessions. That will make the recession worse, because when some companies and people have trouble paying their debts, then whoever was owed has trouble as well. Many financial institutions are not in good shape.

People worry, “Are we going to have a depression like the 1930s?” However, some conditions are different from the late 1920s and early 1930s, which suggests that while the recession of the next decade may be more severe than our recent experience, it may not be as severe as the 1930s.

At Least You’ll Be Debt Free

The end of days certainly has a lot of downsides, but at least it will be the end of banks. Any borrowed source of funding will be effectively written off, so you can use all the funds you have on something genuinely useful. All financial anxiety will be alleviated, although it may be replaced by an unceasing fear of danger.

What Should You Do?

The first advice is, “don’t worry.”

Survivalists are sometimes accused of worrying too much about the future anyway, but I think most of us recognize that conscious preparation cuts down on worry. So the best advice is to prepare for the recession as you do for other possibilities.

What about stocks if you own any? We don’t have space to cover them in detail, but a good policy when a recession is coming is to sell all but the very best stocks.

You should always have a liquid reserve fund, but it is especially important at this time to be sure it is adequate. A traditional rule of thumb is to have a money reserve equal to six months income, but it more realistically attainable to say six months living expenses (including debt payments) since that is the part of income which would need replacing.

The money reserve can encompass a variety of assets, including a modest amount of cash kept at home or a deposit account. A portion of your stored food and other usable items can be counted as part of your reserve fund.

Another bit of advice is to stay out of debt. Here is an article teaching you how to get rid of debt.

Survivalists might be tempted to ignore the dangers of debt, thinking that in case of a major collapse, whether from war or internal causes, it will no longer matter. However, when we are heading toward a recession, you should not be heavily in debt.

There is a greater danger that you will not be able to handle the required payments. It would be unfortunate for your long-term preparations to be sidetracked by the lack of money and financial problems in the near term. 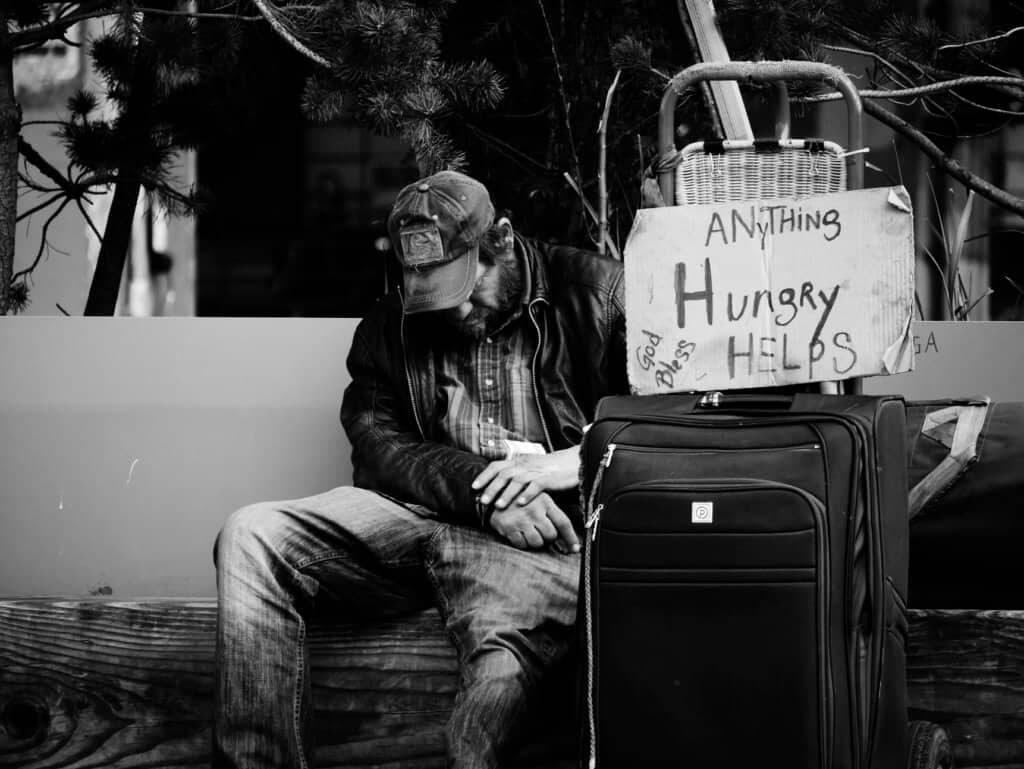 Stockpile objects of value instead of money

You will, therefore, be forced to use the bartering system in order to obtain required goods and services. It is important to stockpile objects that are, on the one hand, valuable to others but also something you can afford to lose.

If you have a surplus of tinned, non-perishable food, then this will help you to buy supplies from other people who have no food. However, items like clean water are a matter of life or death and should not be bartered away under any circumstances.

Start stockpiling now and keep going as the apocalypse is breaking out, so that you have an alternative to the now worthless currency. Bartering will become a way of procuring everything you need to survive during an economic meltdown when money becomes worthless.

The apocalypse will change everything, with money bound to lose its value almost instantly. Useful goods like non-perishable food will be far more valuable and help you to acquire the necessary survival equipment. A smart prepper will begin filling secure cupboards with currency alternatives as soon as possible.

A recession is likely in the next three years or so. It will not be surprising if it is more severe than those of the recent past. However, preparing with the precautions outlined above will enable you to weather the recession with a minimum of worry, just as you are planning to get through more serious disruptions.