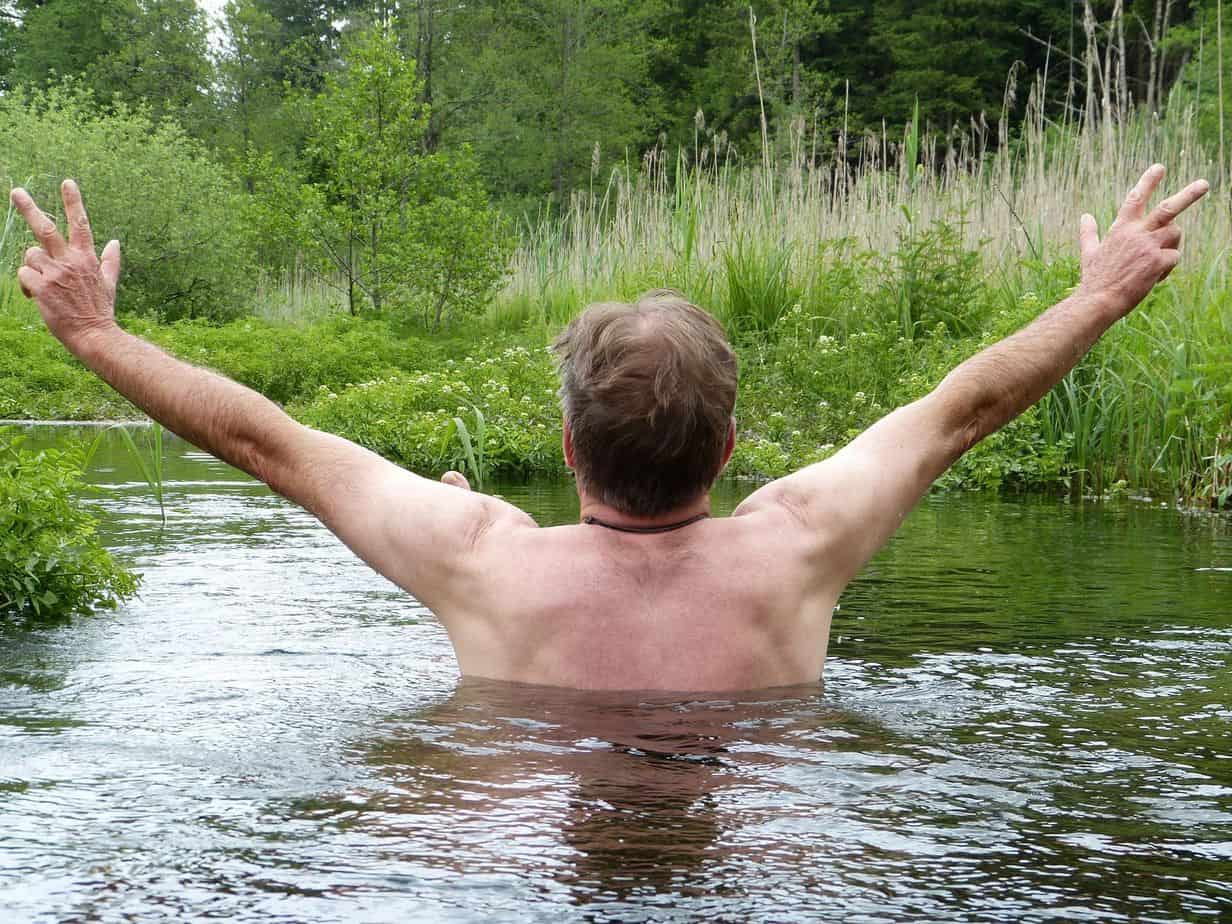 The instructor in the survival class was standing outside a lean-to shelter constructed of parachute nylon. As the sun beat down on his students, it was difficult for them to imagine the frozen environment which he was describing.

“If you are on an aircraft which crashes, or you are forced to bail out of a disabled aircraft, and you live through the experience only to find yourself in an arctic wasteland, you will need what I am about to give you,” he said.

This caught everybody’s attention. A survival tool (toy) was going to be issued. Wrong again! It was just another way of getting the troops to wake up for a few more minutes.

Years later, very few of those in attendance will remember every detail of the class. Very few, however, will forget the incredulous reactions when this expert said, “If you get wet: take your clothes off. Quite simply, if you fall into water, get into some kind of shelter, and get your clothes off as quickly as possible. It is better to be cold and dry than cold and wet.”

The idea, of course, is to allow the water in and on your clothes to freeze solid, then break the ice away, leaving dry clothes. Still, cold is cold.

Heat is a form of energy. It is actually the common term for the kinetic energy (energy of motion) of the molecules of a substance. Temperature is the measurement of that stored energy. 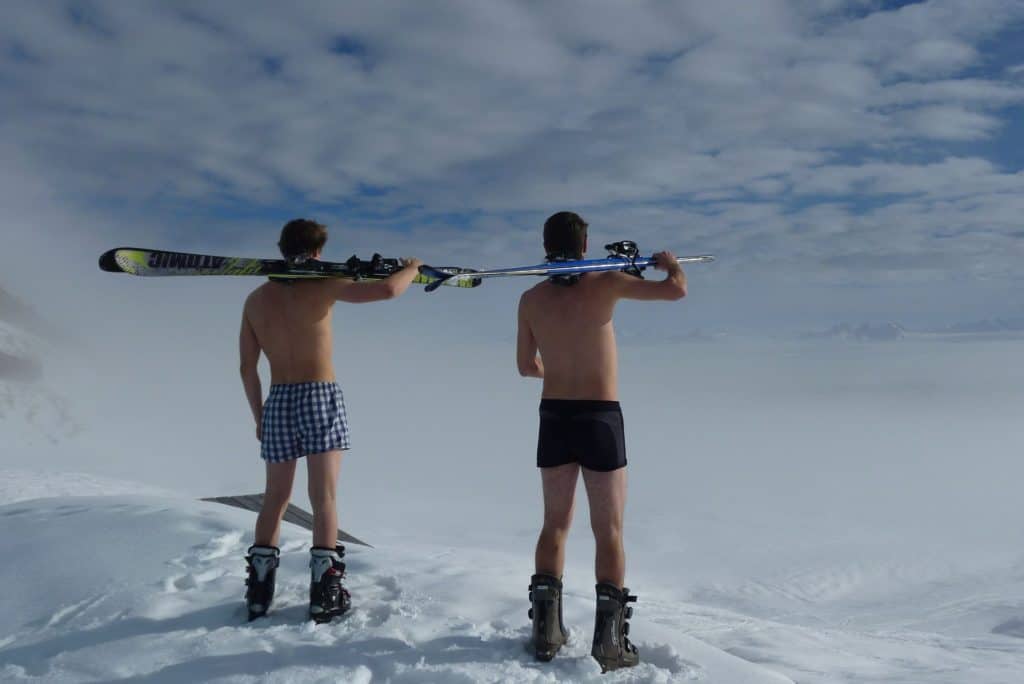 The greater the molecular motion of an object, the greater the amount of kinetic energy or heat the object possesses, and the higher its temperature is said to be. All matter possesses heat. The human body must maintain a certain amount of heat energy (temperature) to function.

Once these limits are exceeded by only a few degrees, the body is seldom able to return itself to a norm thermic condition, and if external assistance is not forthcoming, the situation will worsen rapidly and can result in death.

The body maintains its temperature through a series of actions. If special heat-sensing organs note a rise in body temperature, they send nerve impulses to the temperature control center located in the hypothalamus.

The hypothalamus reacts by triggering the dilation of cutaneous (skin) blood vessels, thus shunting blood from the deeper organs to the skin where it can be cooled. Sweat glands are stimulated, causing them to increase secretions. Voluntary muscles relax. This discourages work and therefore decreases heat production. Metabolism is also decreased in an attempt to limit thermogenesis (heat production) by that means.

When other sensing organs, (end bulbs of Krause) located at about 150,000 points near the skin surface, note that ambient temperature is substantially lower than normal body temperature, they too advise the temperature control center of the hypothalamus of the situation.

Read next: Recovering From Hypothermia Using Various Beverages – The Dos And Don’ts

In an infant, these exteroceptors are concentrated in the skin of the face and neck. Oddly, the face, hands, and legs are the areas of the adult where this heat-sensing is less developed. Upon receiving these impulses, the hypothalamus triggers the release of norepinephrine from the adrenal medulla.

This results in peripheral vasoconstriction (narrowing of the blood vessels), thus shifting the majority of blood to the deeper tissues and away from the skin. The action of the sweat glands is diminished. The metabolic rate is increased. The skeletal muscles are stimulated, resulting in shivering.

Almost instinctively, the arms are crossed in front of the chest. Reflexively, the body hair is held erect, thus trapping air between the hair and skin. To understand how their actions actually regulate body temperature, it is helpful to understand some basic concepts of thermodynamics. 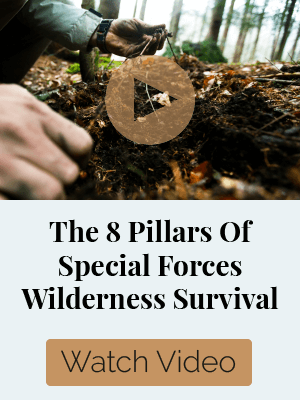 The first law of thermodynamics states that the energy gained by a system, minus the energy lost from the system, is equal to the change in energy stored by that system. The state where no energy is exchanged between two systems in direct communication or contact with each other is known as thermal equilibrium.

For an adult, unclothed male, thermal equilibrium is attained in a room maintained at about 86 degrees F. The metabolism required to sustain life produces sufficient heat to maintain normal body temperature without requiring any additional actions to produce or dissipate heat. This is, of course, assuming limited motion by the man and of the air surrounding him.

The second law of thermodynamics states that heat will flow, on its own, only from a hot object to a cold one. It should be remembered: “hot” and “cold” are relative terms.

In a boiler, for example, water under extreme pressure, at a temperature of several hundred degrees, actually serves as a cooling medium to the boiler’s tubes through which it is flowing. Stop the flow, and the tubes will become hotter and hotter until failure occurs. This water, though having a temperature of several hundred degrees, is still cooler than the metal tubes. Based on the second law, the thermal energy will flow from the boiler tubes to the “cool” water.

By applying this principle, a patient’s body temperature can be returned to normal, even though his thermoregulatory apparatus has failed, by adjusting the temperature of his immediate environment.

Read next: Keeping Warm in the wilderness – 5 Useful tips 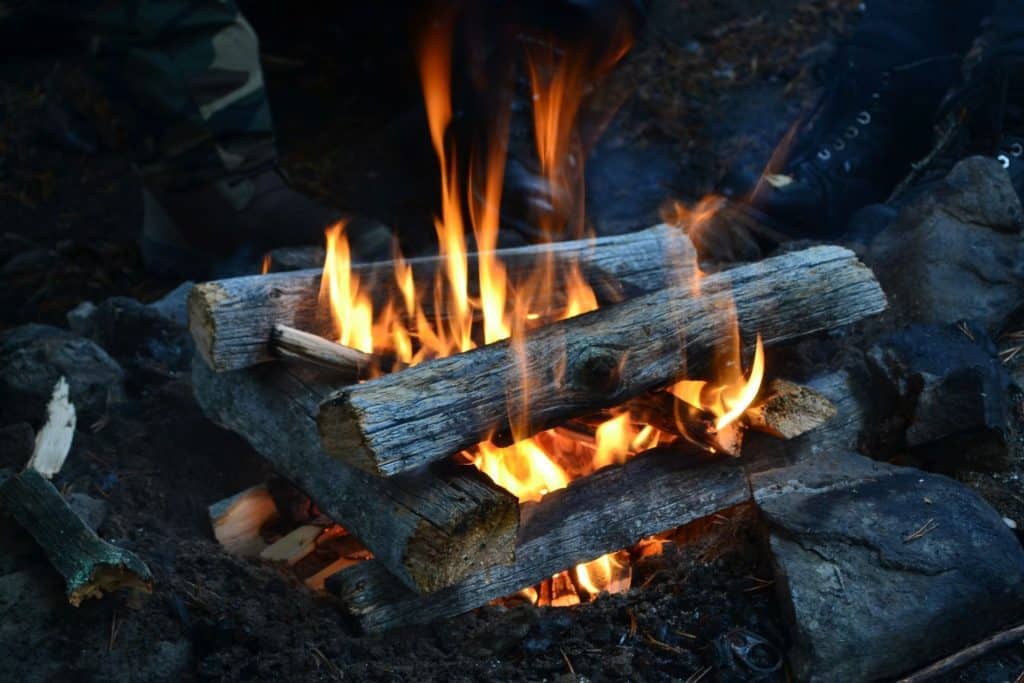 There are three ways of transferring heat.

The first is radiation.

All objects radiate heat. This is the principle on which passive infrared night observation devices are based. Though heat loss from the body by this means is rather inefficient, it does occur.

The second type of heat transfer is convection.

The third means of heat transfer is conduction

Conduction can be defined as direct contact that allows heat to flow from the warmer body to the cooler one. Perspiration on the skin’s surface absorbs sufficient heat directly from the skin for the water portion to change state from a liquid to a gas. The absorption of this heat is actually the cooling mechanism. For this to function efficiently, the humidity of the air in contact with the body must be below 75 percent.

This is the other reason for the effectiveness of a fan or air conditioning in lowering body temperature. In the case of the fan, the air is circulated against the skin so heat can be removed, but the convection process is assisted by the forced movement of cold air rather than the flowing in to fill the void created by the movement of now warm air away from the body.

The air conditioner, in addition to circulating cool air, to contact the body, also dehumidifies the air, thus creating a lower relative humidity in that air and providing a greater capacity for the moisture that evaporates from the skin.

Keeping in mind the second law of thermodynamics, it is easy to see why evaporation of perspiration is the only effective cooling mechanism in use when the ambient temperature exceeds body temperature.

Read next: Making A Fire Against All Odds

Conduction is the most effective means of heat transfer. If you hold a steel rod in a fire, it will not take long for the rod to become too hot to hold. The radiated heat can be felt on exposed surfaces. The heated air moving up and away from the fire obviously feels warm. The rod, heated by direct contact, conducts that energy so efficiently that it becomes unbearable quite rapidly.

The heat capacity of water has been determined experimentally to be ten times greater, pound for pound, than that of steel. It is for this reason that a person can become hypothermic on a hot summer day, simply by being immersed for three hours, or less, in water 70 degrees F, based on tests performed by the military. The Professional Association of Diving Instructors (PADI), advises divers to wear wet suits anytime the water temperature is 75 degrees F or less. PADI instructors impress on their students that water is 20 times more heat conductive than air. 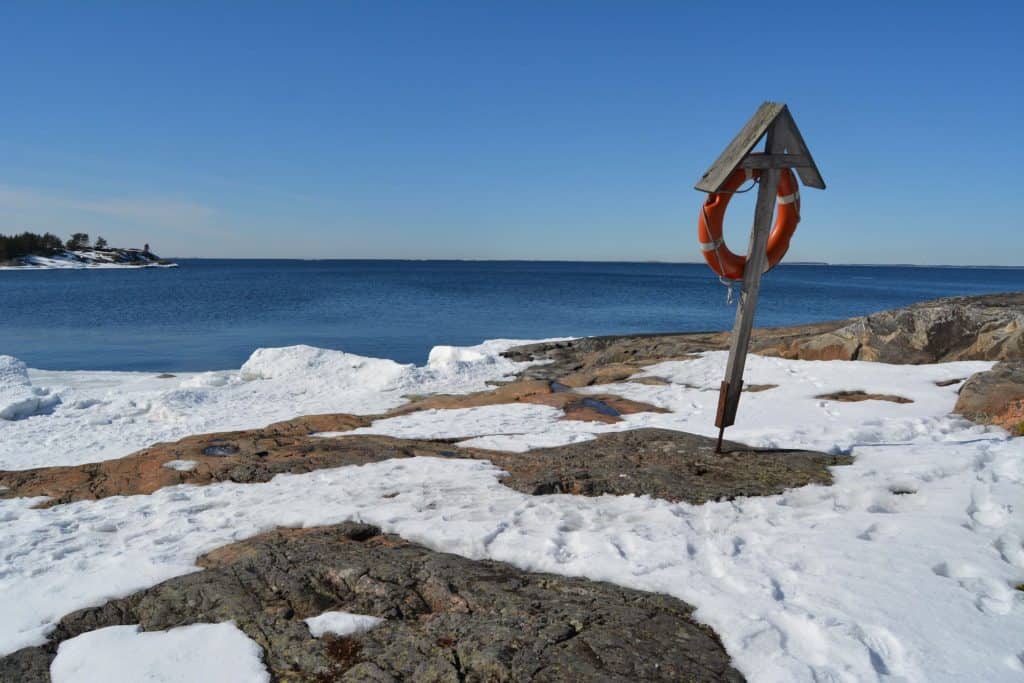 Thermoregulation of the adult is dependent on several factors. In addition to varying the diameter of peripheral blood vessels, altering metabolic rate and altering skeletal muscle action, several other factors should be considered. Individuals with higher percent body fat, much like a whale, are better insulated from the cooling effect of the environment.

The surface area to mass ratio also determines to what extent external influences will affect body temperature. It is these two factors that have such a profound impact on infants. They have very little body fat, and they have a very large surface area compared to body mass.

The act of crossing one’s arms across his chest is an instinctive attempt to decrease the amount of body area exposed to the environment. In other words, this simple act favorably alters the surface area to mass ratio

Which is better — cold and dry or cold and wet? Obviously cold and dry, if you’re trying to maintain body heat.

Using the principles of thermodynamics and the properties of water, we can use this simple, inexpensive tool to help regulate a patient’s temperature when he is beyond regulating it himself. Immersion in warm (110 degrees F) water can return a hypothermic skier to normal temperature, just as immersion in cold water can lower the temperature of a febrile (feverish) child.

In each case, only the trunk should be submerged. In each case, the heat energy is traveling from where it is to where it will do the most good.

Q: How can I regulate my body temperature in the wilderness?

A: Here, it all depends on various factors, the first and most important one being the intake of adequate quantities of water. People believe that in a cold environment, you can’t get dehydrated, and this is a dangerous assumption. The second thing you need to consider is dressing in layers and having adequate clothes for the environment. You can add or remove layers based on how the temperature changes and based on the level of activity you are doing.

Q: Can you die from hypothermia during the summer?

A: Although not a common occurrence, people have died from hypothermia during the warmer seasons. It all has to do with the third law of thermodynamics, and those sleeping on the ground without a protective layer between their body, and the cold and wet ground are usually the ones succumbing to hypothermia.

Q: What food and beverages should I bring along during a winter camping trip?

A: As stated in this article, water intake is necessary regardless of the season in order to regulate body temperature. The problem is that many campers consider alcohol and hot beverages such as coffee to be ideal drinks during the winter seasons. This article will showcase what beverages are adequate for camping, as for food, check out this winter food trails in this article.