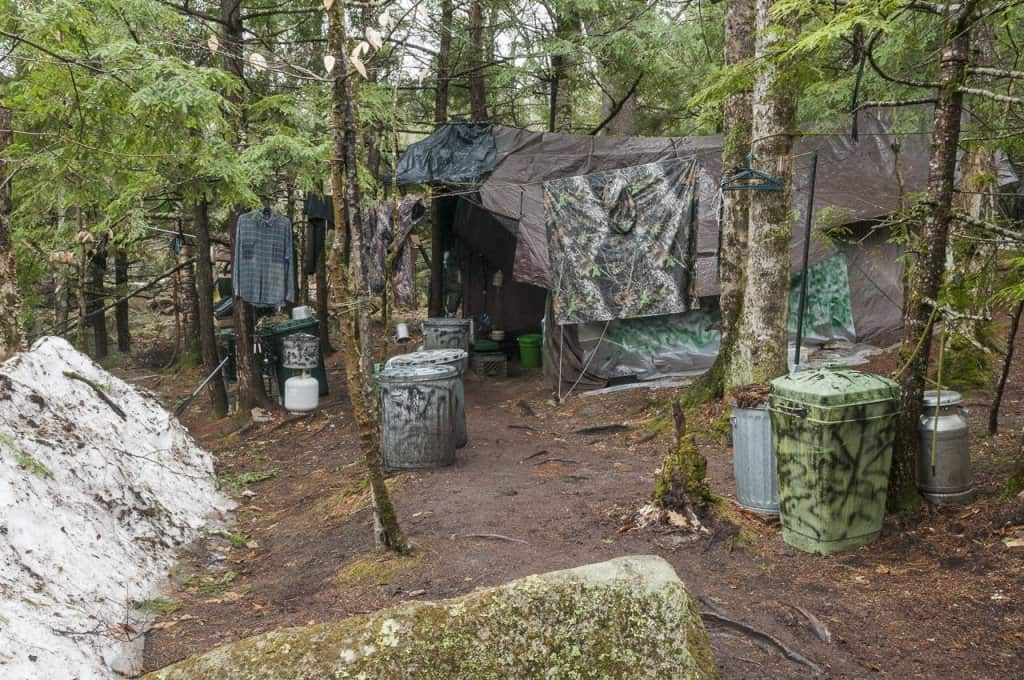 “I find it wholesome to be alone the greater part of the time. To be in company, even with the best, is soon wearisome and dissipating. I love to be alone. I never found the companion that was so companionable as solitude.”
― Henry David Thoreau, Walden

Living undetected in the woods for a considerable amount of time seems to be a remote possibility, considering the high level of technology we are constantly experiencing.

Nonetheless, the case study, which represents the topic of this article, offers some serious food for thought in terms of:

After his incredible deal of living alone for twenty-seven years in the forests of Maine, Christopher Knight was named  “The last of the Hermits” or “The Ghost of North Pond.”

Locals knew he was there, as someone spotted a solitary figure wandering in the nearby of the bungalows located near the lake.

Nonetheless, his tracks were very difficult to detect.

His story has much to teach us in terms of how to achieve a successful undetected life.

Who is “The Ghost of North Pond“

Contents hide
1 Who is “The Ghost of North Pond“
1.1 How Christopher Knight achieved the dream of living undetected in the woods
1.2 Location selection
1.3 Camp concealment
1.4 Food, Cooking, and Heating
1.5 Clothes and tools
1.6 The end of a utopia
1.7 Conclusions
2 Useful resources to check out:

Knight had a regular past, and he was raised inside an extremely religious and reserved family.

The parents and other siblings did not spread the news, believing in a voluntary gesture of the young man: Knight loved to stay alone.

What he actually did was take some basic items for camping, and he started driving north, reaching a rural area, and dropping his car somewhere, at the end of a dirt road,

His family thought he would just like to have some time for himself.

Probably Knight thought the very same. But the more the time passed by, the deeper he started to enjoy the complete solitude. He was hungry for that.

Spending some hours in the Great Outdoors wasn’t enough for him. He would like to stay at large from civilization for a considerable amount of time, and so he did for twenty-seven years.

Knight succeeded in his purpose with outstanding will and awareness, staying stick to the legendary figures of the pure hermit. He wanted to become one of them,  “[…] who never sees a doctor or a woman […]”, by his own admission.

In order to achieve his purpose, he put into action a precise strategy.

Before explaining how he was able to bring that on for so many years, it is necessary to stress out that Knight had no expertise in terms of survival skills, as he confessed later on.

In fact, his experience consisted only in some basic campings around his birthplace. Therefore, he couldn’t claim to be an expert, but he was smart, and he took advantage of the years he spent as an installer.

Knight paid extreme care in selecting a determined place that happened to be very far away from any beaten trail. He patrolled the area, looking for the ideal location to set his camp.

He eventually ran across a spot that was naturally protected by two large boulders. Their presence made the place quite unnoticeable from eye-sight.

All these years, he spent most of his time isolated, and he never moved from that place: a real proof of how good he was in selecting the ideal site for his camp.

As part of his daily duties, he constantly checked for tracks in order to assess if any passage occurred nearby.

Additionally, he also focused his attention on minimizing his footprints whenever he needed to leave his place. He actually applied some essential anti-tracking techniques based on the scenario he lived and moved in.

Knight, for example, never used to step on soft and nude terrain in order not to reveal the regularity of the pattern of his boots. In the same way,  he walked smoothly and carefully on pine needles and leaves.

He took care of not breaking anything. By that, he consequentially managed to reduce the noise he would produce by moving throughout the narrowed vegetation.

After picking the site, Knight set up a tent with dark brown tarps and paracords, and later on, he fixed it with other layers of tarp, to restrain the infiltration of water. He also insulated the ground employing some plastic bags and other tarps.

Knight put a lot of effort into making his place undetectable even from above. Blending with the environment was the very first step he took care of.

In such a way, he applied the major rules of camouflage. He started to paint all the metallic surfaces of canteens, bowls, etc., with camo spray so they couldn’t reflect the ambient light. 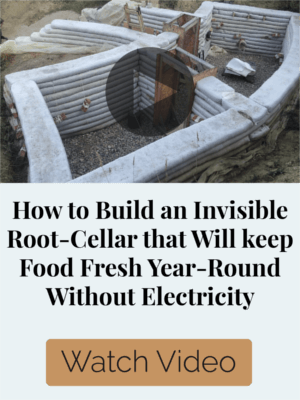 For twenty-seven years, Knight never started a single natural fire, as it would have involved so many risks of being detected.

Knight had only one way to survive the harsh winters of Maine: stealing what he needed from the bungalows located nearby.

He stole primarily gas cylinders that he would use for cooking and the heating of his shelter.

He stole skillets and canteens, too, cleaning everything at the end of every meal and dumped the packages in the ground along with the depleted gas cylinders.

He used to boil water to make it potable, but he also gathered rainwater by taking advantage of some tanks he managed to steal.

Simply as it is, he just stole from the bungalows he visited quite often, and he frequently took anything he thought could turn to be useful. He got extra fleeces, trousers, jackets and obviously socks and boots.

In terms of food, his main targeted items were especially foods with a long term expiry date

When he experienced a bad toothache, he took care of it by using some meds he found inside the buildings. In fact, he took care of any potential developing health issue by using what he could get from the nearby cabins.

Thanks to his knowledge of security systems and alarms, he could enter inside the bungalows without damaging locks, doors, and windows, grabbing every kind of stuff that would make his life more comfortable. He brought out even books, magazines, a TV and a radio.

He just managed to slip inside like a ghost and remain undetected for all these years. Right after the first wave of thefts, he was named “The ghost of North Pond.”

The end of a utopia 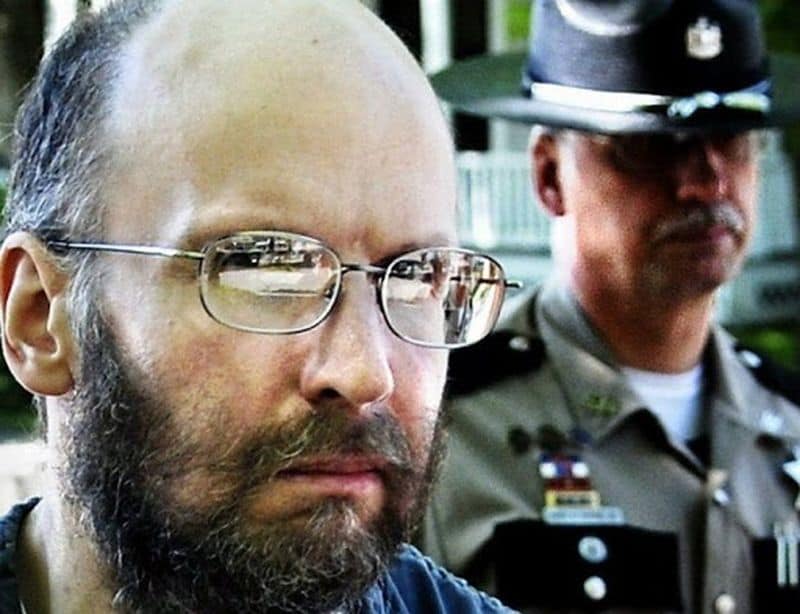 At the moment of his arrest, Knight was forty-seven. He was charged for more than a thousand minor break-ins he committed all over those years. The thefts specifically helped him to achieve his goal of remaining alone, surrounded by those woods.

He never claimed to have a particular relationship with Mother Nature, as Michael Finkel, author of the good book “The Stranger in the Woods: The Extraordinary Story of the Last True Hermit,” revealed.

Finkel, a journalist, and writer, patiently and carefully approached Christopher Knight during his detention, looking for the reasons beyond his voluntary exilium from our society.

Nonetheless, since the very first encounter, Knight proved to be a hard handling person with a sharp and hyper cynic mind. He eventually admitted his purpose wasn’t to live an ordinary life in terms of comforts and integration in our civilization.

At the very base of his choice, there is a very precise reason: the search for a pure life, not contaminated by the presence of other people, with no hypocrisy nor judgment.

Authenticity seems to be the cornerstone inside Knight’s frantic necessity to reach this status.

Nonetheless, this actually foiled his plan of spending all his life alone.

“He constantly thinks about how to improve his accommodation, and every stolen tool is carefully stored, clean and tidy like everything else. The hermit does not go away, never too far from there. He spends most of his days in some form of contemplation of the space around him, of nature, immersed in his thoughts, without ever feeling bored […] “ He does not understand how it can be considered acceptable to spend hours closed in a room in front of a pc for money, it’s strange to relax in a tent in the woods. He doesn’t understand how indolent looking at trees and resourceful to cut them can be. ” – Michael Finkel

Being a hermit for sure doesn’t necessarily involve being a burglar.

In order to stick to the reality of facts, it is essential to recognize the dedication and accuracy – and smartness of Knight!

He learned to live off-grid, counting on no gear, no skills, no MRE, no water purification system devices, and so on.

Therefore, with proper knowledge in terms of homesteading skills as well as of bushcraft, tracking, survival, and camouflage, an individual could replicate his venture. But for how long, without being detected?

It all depends on his/her skills, experience, and tenacity. But the biggest challenge, needlessly to say, will be solitude.

How To Start A Fire Using Your Pee

This Bug Will Kill Most Americans During The Next Crisis

2 thoughts on “How To Live Undetected In The Woods”