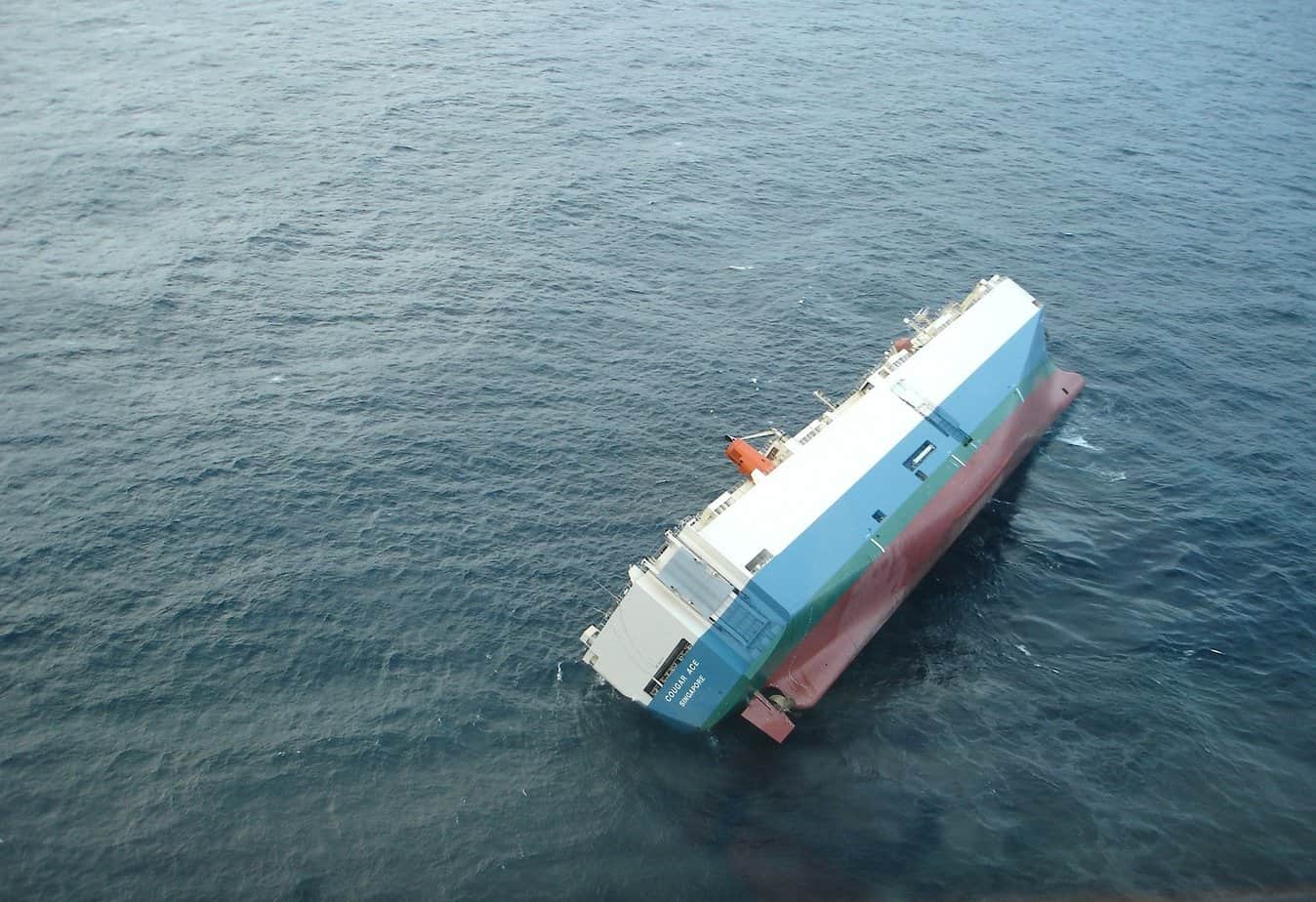 Surviving a capsizing is not as simple as just staying afloat, and there are certain things you need to understand in case you own a boat and enjoy putting it to the test anytime there’s good weather. As you will see in this article, there are many things you should consider and be aware of in case bad luck comes your way.

Capsizing is when a vessel is no longer held upright in the water on its keel (bottom). In capsizing, a boat or ship may roll over 90 degrees to lie on its beam ends (sides), or it may “turn turtle” and overturn completely. To put it back upright on its keel is to “right” it

The first action in surviving a capsizing is preventative: Don’t capsize. That’s not trite. Unlike driving a car, here in the U.S., there are no licensing, certification, or training requirements for someone to operate their own boat.

Dive boat captains are licensed and monitored by the Coast Guard, and generally, their comments regarding boaters who capsize their pleasure boats are not sympathetic.

The point is this: If you operate a pleasure boat, whether it’s a canoe or a high-speed powerboat, get some training in safely operating it and in fully understanding how the properties of wind, wave, and wake action affect it. 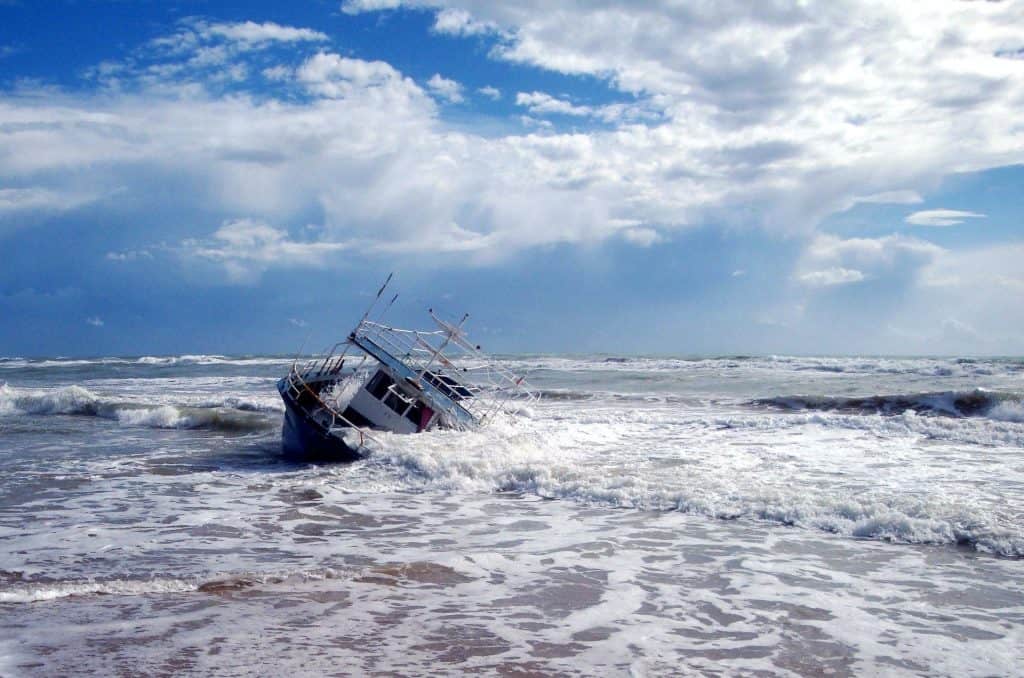 Know your boat to stay alive. Some boats, such as motor lifeboats, are “self-righting.” If they capsize, the design of the hull is such that they will eventually right themselves without any assistance from the crew.

Others, such as modern plastic kayaks, are inherently buoyant, meaning that even if filled with water, they tend to remain at the water’s surface rather than sinking completely.

Capsizing is not necessarily a bad thing. Kayakers, for example, routinely capsize, often deliberately. In these cases, capsizing is a part of the sport. But for most other boats, capsizing can run the gamut from merely annoying to catastrophic and deadly.

If your boat or ship capsizes in water too deep to stand up in and you end up in the water, your first three immediate concerns are flotation, flotation, and flotation. Even if you can swim, flotation is paramount if you can’t right your boat or swim to shore or if others need your help.

If you weren’t wearing your lifejacket when your boat capsized, look for nearby objects that can keep you afloat. Seat cushions, coolers, wetsuits, waterproof dry bags, and even empty plastic drink bottles stuffed inside your shirt will work.

If your boat has turned turtle and is large enough to bear your weight, climb atop the hull or hang onto it. If you need to be rescued, you first have to be seen.

Flying search and rescue (or SAR) missions can visually spot large objects such as a raft or even a partially submerged small boat, but seeing your head bobbing about alone in the waves would be almost impossible.

For that reason, if you capsize and need to be rescued, it’s important to stay on or near your boat. If your overturned boat is not inherently buoyant, it is likely being kept afloat by air trapped between the hull and the water’s surface.

If the water is rough, wave action may eventually roll your overturned boat enough to allow the trapped air to escape, sinking the boat. Now flotation is critical to your survival, and the sinking boat has presented another hazard to avoid: entanglement.

With all their rigging, sailboats especially can present entanglement hazards when capsized. But even powerboats and rowboats have tether lines, anchor lines, perhaps even fishing lines or nets, or lines for pulling skiers or wakeboards. Boats have any number of projections, cleats, awnings, and supports that can catch your clothing.

Becoming entangled could lead to your drowning. If you do become entangled, try not to spin around while disentangling yourself because doing so can make it worse. Sometimes cutting lines creates even more hazard by creating more lines to become entangled in, so don’t cut unnecessarily. 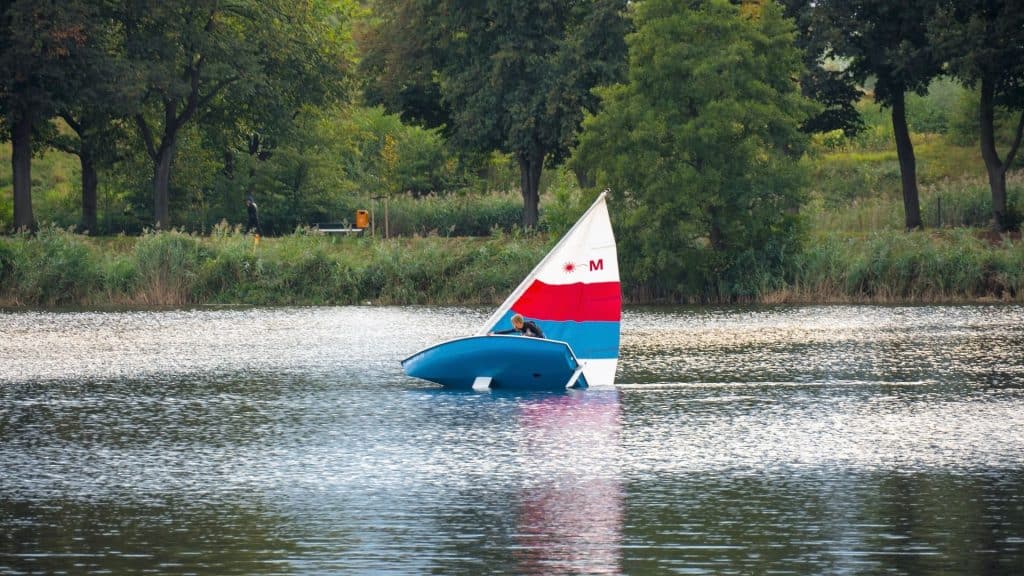 Many small vessels are not difficult, or at least not impossible, to right. How you do so depends mainly on the vessel and your specific circumstances. In general, righting a vessel is accomplished by pulling upwards on the far side because, when you’re in the water, you have no support for pushing upwards on the near side.

To right a kayak, inflatable raft, or small boat, for example, position yourself in the water at about the vessel’s center point, kick yourself upward so that you are lying atop the overturned hull from side to side, grasp the gunwale (edge) of the far side and pull as you slide backwards into the water.

The vessel will flip over toward you, righting itself. If this doesn’t work, move slightly forward or aft of amidship to gain more leverage.

Sailors of centerboard sailboats capsized onto their beams can singlehandedly right their larger, heavier vessels by standing on the centerboard and pulling on the near gunwale (pronounced “gunnel”). It may be necessary to remove the sails first, however.

Immediately attempting to right some boats, however, may not be a good idea. For example, an overturned aluminum rowboat, especially if it has an outboard motor, could sink when righted because righting can essentially “scoop” up a boatload of water. If you’re far from shore, well, you get the idea. Again, however, attempting to right may be your best or only hope for survival, depending on the circumstances.

Many capsized wooden boats, such as canoes, when righted will float with the gunwales awash—that is, with the gunwales just at the water’s surface. In calm conditions, it’s possible to then bail the boat out enough while you are floating in the water to allow you to then climb back aboard and finish bailing.

Because water is denser than air, it causes you to lose body heat 20 times faster than air. While air temperatures of 65 degrees Fahrenheit may feel comfortable, 65-degree water is so cold that scuba divers and surfers wear wetsuits for some comfort.

A capsized boat or ship will almost certainly put you in the water, and the longer you are exposed to cold water, the more life-threatening it becomes.

To retain as much body heat as possible, if you are wearing a flotation device, hug your knees up into your chest. If there are multiple survivors in the water, huddle close together with your arms around each other.

These techniques are called Heat Exchange Lessening Postures (HELP). Additionally, keep wearing whatever clothing you have on if it isn’t causing you to sink. 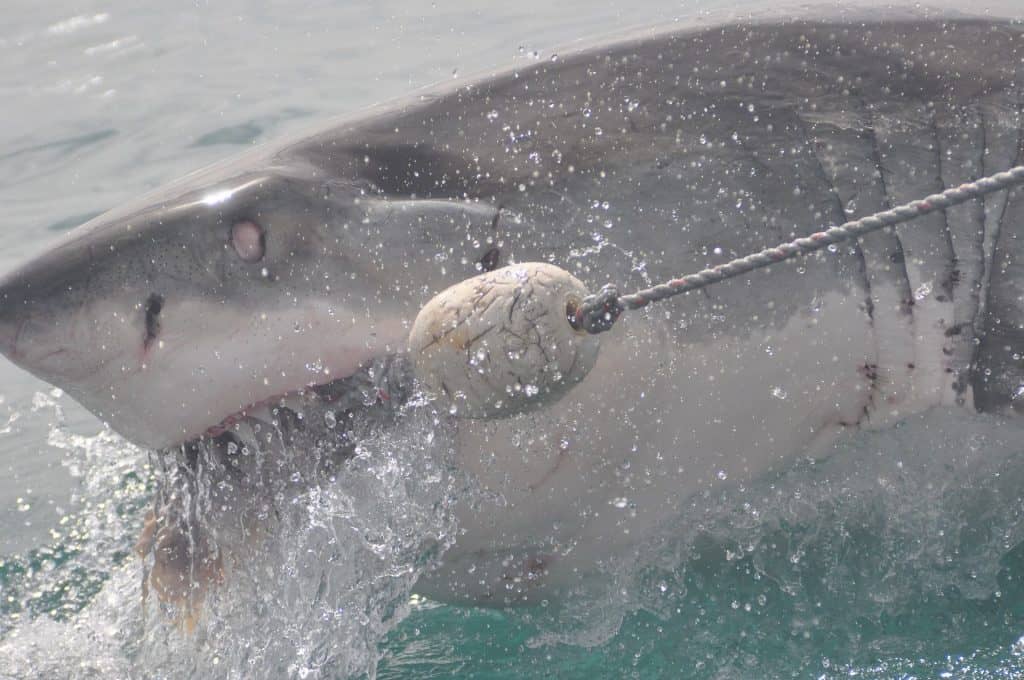 Only a handful of shark species are known to have killed people. That’s because people are not normal shark food, but sharks are opportunistic feeders. They will check out anything that might make a safe, easy meal, including whatever is floating or thrashing about on the water’s surface. If you’re in the water, don’t attract sharks by splashing around excessively.

If you are stranded for any length of time on a capsized boat in the ocean, fish will eventually congregate beneath your vessel. Anything that floats in the open ocean attracts fish, a behavior exploited by some commercial fishermen who deliberately set out floating fish attractors.

The fish under your boat will, in turn, attract predators, including, possibly, sharks. Be aware of that. Treat sharks with caution and respect, but not blind fear and panic.

Other hazardous marine life includes jellyfish, crocs or gators, venomous sea snakes, and whatever is indigenous to wherever you are. It’s smart to understand what’s out there before you make the boat trip.

Especially in the ocean, there are plenty of critters and objects on the bottom that can injure your feet. If you are in or make it to shallow water, you’ll be grateful you kept your footwear on even though it may have impeded your swimming. 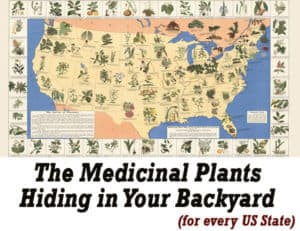 Obviously, we’re not concerned about righting a large vessel, but survival requires addressing one hazard not applicable to small vessels: getting lost.

Not to introduce a macabre element into your next wonderful cruise vacation, but it’s wise to follow the example of sailors who first check aboard a new ship.

Find and memorize at least two avenues from your berthing compartment to the open deck. And until you’ve been inside a ship when the lights go out, you have not experienced utter blindness.

Losing lights, ventilation, and electrical power is pretty much a sure thing when a ship capsizes, and a small flashlight in your pocket could literally be a lifesaver.

Even crewmen intimately familiar with their ships have reported that, when their vessel capsized, they became disoriented and sometimes lost simply because their familiar world was now laying on its side or was literally upside down.

If you don’t know how to get from your cabin to the open deck in an upright vessel, you probably aren’t going to find your way upside down in pitch blackness while stumbling over debris underfoot and surrounded by crowds of panicking, hysterical passengers. 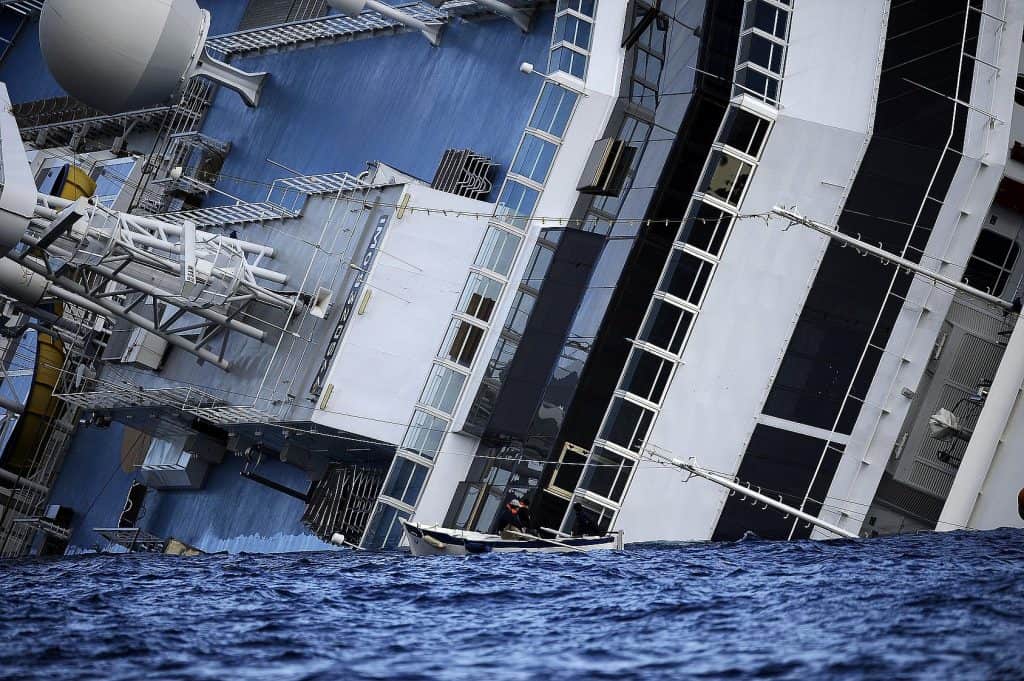 A capsized ship is not a good place to hang around, and it’s wise to get off and away if at all possible. Bulkheads (walls) can collapse under the pressure of water entering the hull, flooding the ship and ultimately sinking it.

When a ship goes down, it creates a suction, dragging anything floating nearby—say, yourself in a life jacket—with it.

If you have to jump several feet or more to enter the water from the capsized ship, using this Navy method can help prevent injuries. Keep your shoes on. Look down to make sure you won’t land on debris or another person.

Lay one arm over your abdomen, grasp the opposite elbow and use the other hand to pinch your nose closed to prevent water being forced up your nose. Step or jump out as far as you can while still maintaining control of your descent.

Cross your legs to protect your groin and enter the water feet first. Swim away from the ship so that the next person doesn’t jump on top of you and board a lifeboat or raft. This technique works while wearing a life jacket, and you can practice it from a pool diving board or a dock.

Large vessels that sail farther from shore carry lifeboats, often motor lifeboats. Passengers on ships are often assigned to a specific lifeboat in case of emergency. If you do manage to get aboard a lifeboat, your requirements concerning drowning, exposure, marine life, and rescue are all met.

Medium-sized commercial vessels, such as ferries and dive boats, carry life rafts instead of boats. Often, these inherently buoyant rafts are not rafts you climb into but rather that you cling to while floating in the water. The reasoning is basically that, because such vessels don’t sail too far from land, land-based rescue won’t take so long that hypothermia will become a fatal issue.

Supposedly. If you find yourself in an inflatable raft, it goes without saying that you must be careful regarding sharp objects that might cause damage, whether on yourself or in the water.