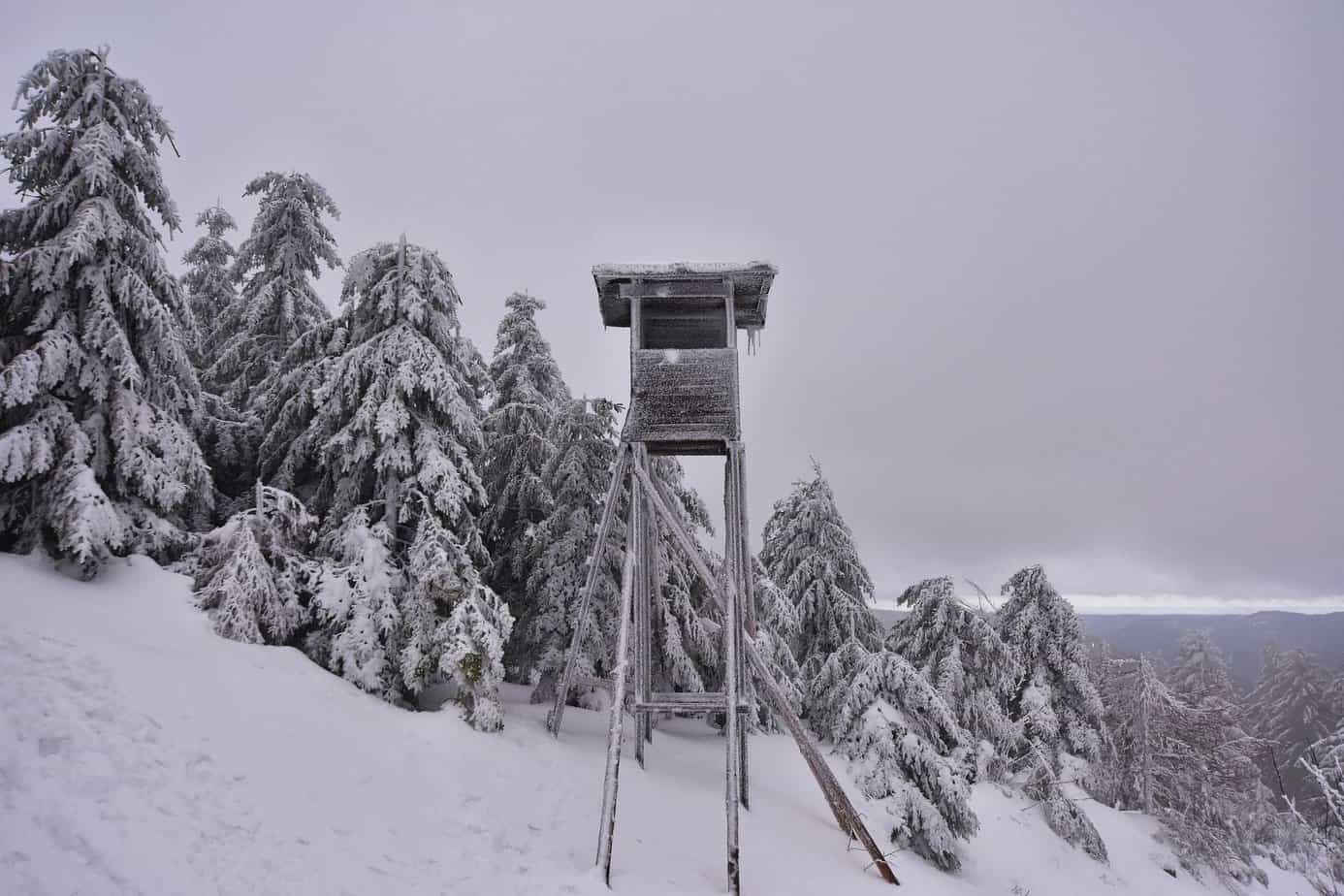 Hunting is a strenuous sport under the best of circumstances, but when it’s coupled with extreme cold and inclement weather, dire consequences could be in the making. Obviously, whenever it turns cold, a person generally recognizes those conditions and dresses appropriately for them.

But in many instances, those same individuals may not recognize the detrimental consequences that those same conditions could have on their gear and shooting performance.

The following are a few instances that have personally affected my own hunting, and the measures that I have adopted to either remedy them or lessen the consequences associated with them.

Many hunters have experienced the problem of moisture condensation on the exterior of their scope lens. This condition should not be confused with “internal” scope fogging, which is usually the result of worn or damaged scope seals and the leaking of the dry inert gases that were once sealed inside.

In most cases, external fogging occurs because the scope was exposed to drastic temperature changes coupled with a high degree of ambient humidity. Often times this happens when a scope, or for that matter, binoculars, eyeglasses, or any form of optics, has been stored indoors where the atmosphere is warm, pleasant, and dry, then taken outdoors where the conditions are cold and damp.

The reverse can also be true; you may have been outdoors in the frigid dampness, and when you bring your equipment inside to the warmer environment, the same condition may occur. Like wolves are attracted to a fine piece of venison on the hoof, the beads of moisture become drawn to any hard surface, including the lens of your scope, binoculars, or eyeglasses.

There are lens treatments and even newly manufactured scopes that are said to prevent this condition from occurring, but personally, not being entirely sold on the effectiveness of those treatments, I believe a better approach is to simply not allow those conditions to transpire.

In order to do so, you should make an effort to keep your gear acclimated to the conditions you intend to hunt in. In some cases, that might mean simply leave your rifle and scope, binoculars, and even your eyeglasses protected but outdoors rather than bring them inside with you.

It’s the rapid changes in temperature coupled with high humidity that causes the condensation to form, so by limiting those rapid condition changes, you will at least minimize the effects.

❄️ Snow and Its Problems 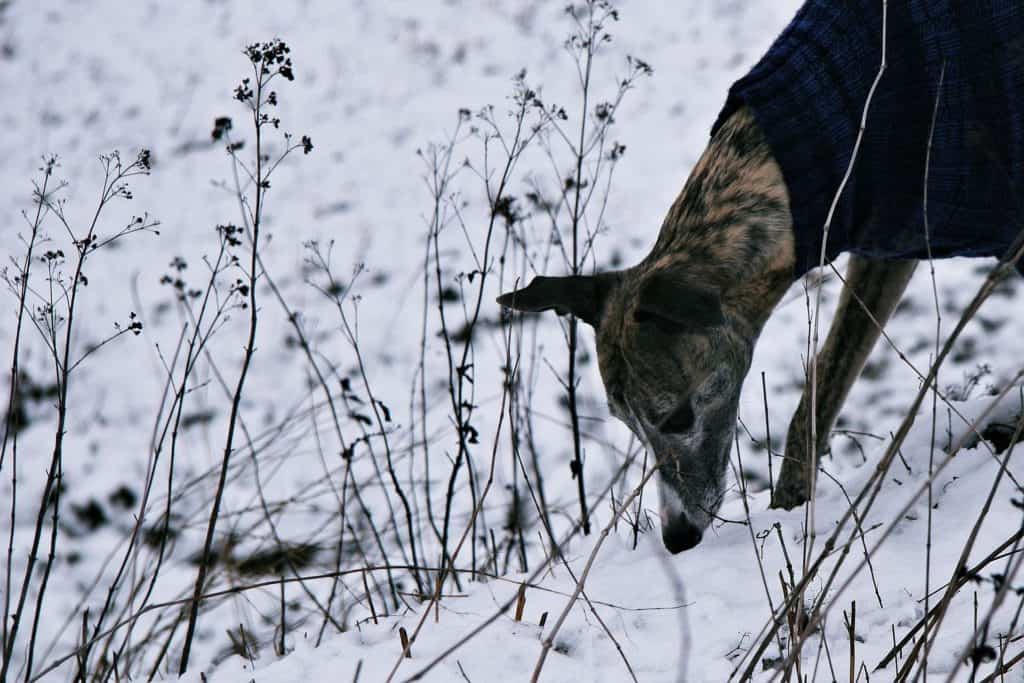 Heavy snowfall can also create problems for a hunter. Falling snow, or snow buildup on the trees and bushes, can easily become transferred onto the lens of your scope and, when this happens, it certainly has the ability to disrupt your performance, as my own personal experience once so rudely convinced me.

On one occasion, I was hunting whitetail deer out of a drop-camp high in the backcountry of western Montana. It was late season, and the bucks were in full rut and moving quickly through the area in search of a little female companionship. A snowstorm had come in overnight, which resulted in well over a foot of the white stuff covering virtually everything. I eventually decided to spend a few of the early morning hours watching a logging clear-cut and had dug out a place in the snowbank to sit and wait. 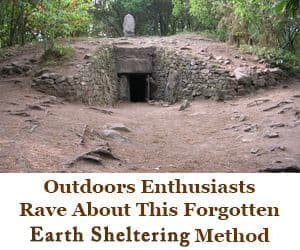 Eventually, the best whitetail I’d ever encountered while hunting came into view. I was definitely anxious to add its head to the wall of my trophy room. But as I soon found out, that wasn’t going to be the case. I’d had the foresight to put scope covers on my riflescope that morning, but in fear of possibly missing an opportunity at a fast-moving deer, upon sitting down, I’d removed them.

As I brought my rifle up for the shot, the scope brushed against a snow-covered bush, resulting in packing the lens with an unbelievably amount of snow, totally obliterating any chance of seeing through the lens.

Frantically, while trying to remain hidden, I pawed on the lens in an attempt to clear the obstruction, but in the few moments that followed, my trophy of a lifetime had vanished to never be seen again. In this case, I learned my lesson the hard way. The easiest way to prevent this problem from occurring is to not only have lens covers with you, but always keep them on your rifle until you need to squeeze the trigger.

Most hunters are aware of the problems associated with snow becoming lodged inside the bore of your firearm, but sometimes I don’t believe this issue gets as much attention as it deserves. It is simply too easy when hunting under snowy conditions to accidentally and unknowingly stick your barrel into the snow.

For this reason, I always like to periodically take the time when hunting under snowy conditions to empty the gun, open the action, and visually check for any obstructions. Doing so simply clears my mind of any doubt I might have as to whether or not my bore is clear, and a clear mind will always result in producing better shooting results. 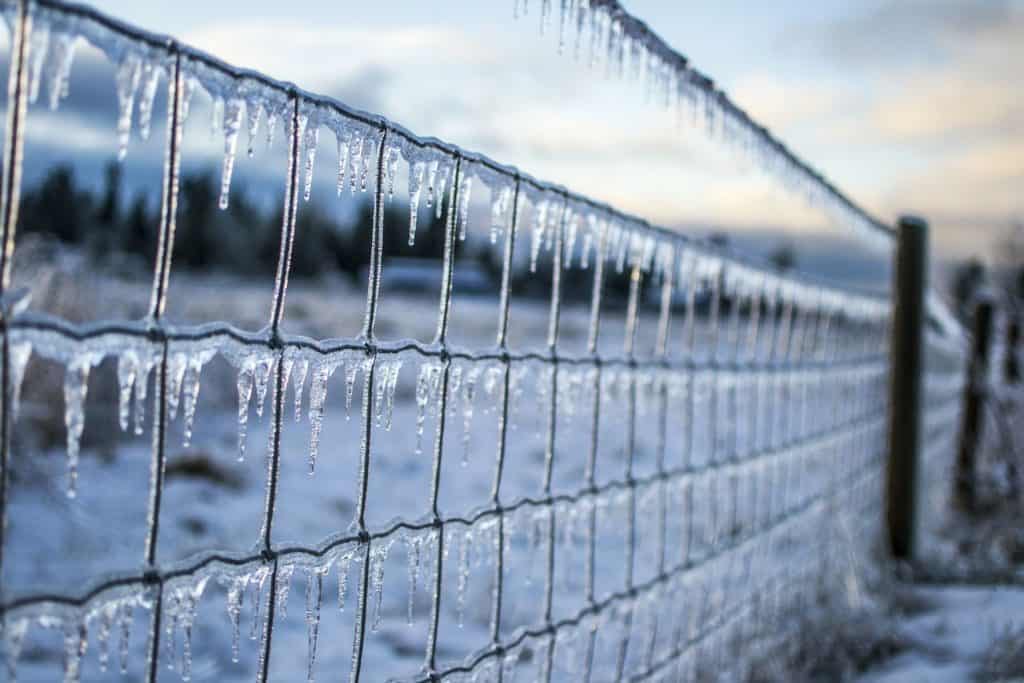 Ambient temperature variations can have a dramatic effect on the performance of your ammunition, but is this substantial enough for a hunter to worry about?

For years I pondered that question before finally deciding to look a little deeper into the matter. What transpired was a personal testing/research project that spanned several seasons and included three different rifles and calibers.

The intent of my study was to expose the rifles and ammunition to a wide range of different ambient temperatures in order to draw a comparison between those temperatures and the resulting muzzle velocities.

For my testing, I chose three common-caliber rifles:

On each shooting session, both the ammunition and the rifles were exposed to the appropriate ambient conditions for a minimum of 30 minutes in order to initially condition them to that environment. Then after each firing, adequate time was given for the rifles to readjust to the ambient temperature before they were fired again.

By spreading my testing over nearly a year, I was able to expose the rifles and ammunition to the temperatures of: –8, +30, +56, +90, and +128 degrees F. Some readers may wonder about the +128 degrees F level, feeling that this could be a bit on the extreme side, but in reality, it really isn’t.

That is the temperature that was encountered in the direct sunshine when the thermometer read-only +90 degrees F in the shade. Because of this, it wouldn’t be unreasonable that your rifles and ammunition could be exposed to that level, particularly when hunting in arid climates or in the summer months.

Generally, the testing showed that the smaller calibers experience the greatest degree of variation in velocities and, in most cases, the lowest average velocities were recorded at the lowest temperature. In other words, as the mercury declined, so did the muzzle velocities.

The only slight exception was in the case of the .243, which actually produced the lowest overall velocity at +30 degrees F. When spanning all temperature levels the .243 showed an overall muzzle velocity variation of 171 fps, the .270 produced a difference of 138 fps, and the 300 Win. Magnum showed the least amount of change in velocity with an average difference of 132 fps.

Operating under the pretense that a lower temperature will generally mean lower velocities, you could extrapolate that to mean that you could also expect a loss in retained energy as well as an increase in the bullet trajectory drop under those conditions.

The most important lesson to be learned here is that you simply cannot assume that the ballistic performance of your ammunition will be the same in the hot summer months as when it is subjected to the cold of winter.

In some instances, the difference in trajectory between the temperature extremes could equate into several inches of bullet drop at long range and a reduction in the killing potential due to a loss of retained energy and a reduction of the ability for the bullet to penetrate when the weather is very cold.

As you can see, it’s extremely important that you judge the performance of your ammunition at the approximate temperature you intend to be hunting in. While it is likely that a few degrees one way or another won’t make a significant amount of difference, a change of 40, 50, or more degrees could very well be responsible for a hunting trip going sour on you.

A hunter should also give some thought to where he/she is carrying their spare cartridges. Are those shells being exposed to approximately the same temperature as the ones in your gun? If you are carrying the extra ammo next to your warm body, and you are hunting in a very cold environment, the answer to that question is likely “no.”

For shooting consistency, it might be better, in this case, to carry your extra ammo in a manner that protects it from the heat generated by your body. The best advice here is to maintain as consistent of temperatures as possible for all your cartridges and know what those conditions will be producing as far as velocity and trajectory goes.

I have also conducted similar testing on shotgun ammunition, and without getting into extensive details here, I will only say that if you hunt with a “scattergun,” you should expect similar fluctuations in performance as the outside temperature changes. Like the rifle ammo, shotshells subjected to low ambient temperatures will generally produce lower velocities, and higher temperatures will frequently account for higher velocities. 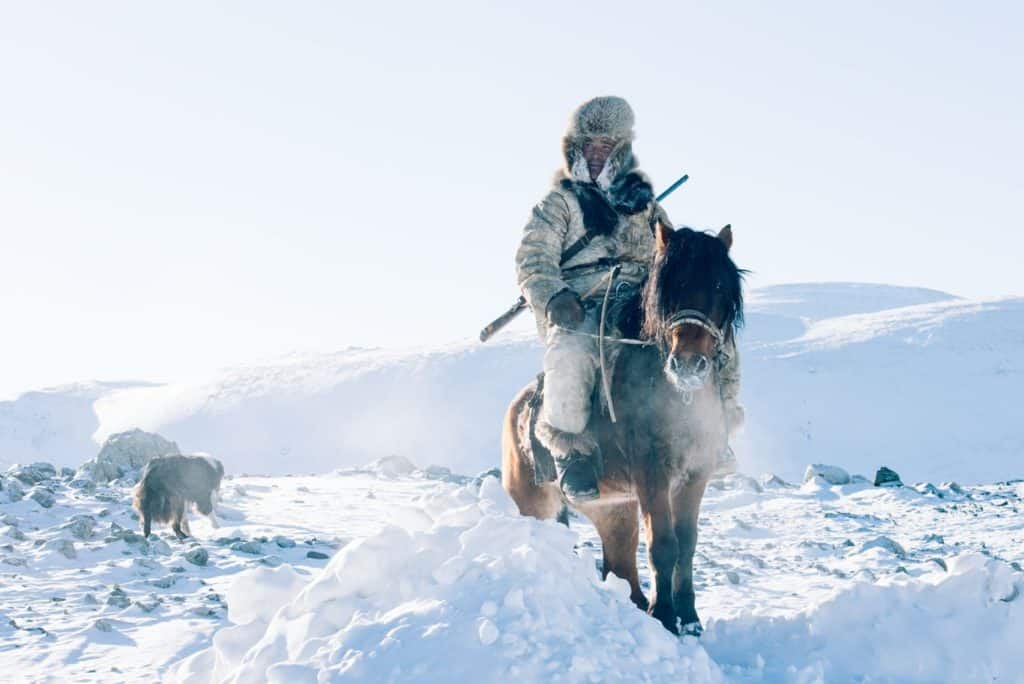 Heavy clothing will change how your firearm fits. Bulky garments can affect how the gun butt is positioned on your shoulder and, if not properly anchored in the pocket of your shoulder, the stock could slip as a result of the recoil and drive the rim of your scope directly into your eye and face.

In order to limit the possibility of this occurring, it might be necessary to shorten your stock when wearing bulky garments. Sometimes a recoil pad can be replaced with a thinner one, or a hard butt plate can be substituted for a thicker recoil pad. And, be sure that you wear a similar amount of clothing when you are practicing as you intend to hunt with, so you get the proper feel of the stock.

It might surprise some people, but oils and lubricants can actually freeze when subjected to cold temperatures. This can result in sluggish actions, or in severe cases, the action of your gun could freeze up entirely. If you intend to be exposed to this level of severe conditions, it might be a good idea to strip your gun down in order to completely remove all greases and oils.

Usually, in the short term, this does not result in excessive wear to the gun parts, but if a total lack of lubrication concerns you, dry graphite powder could be substituted for the normal wet style lubricants. No one really enjoys hunting in extreme weather conditions, but understanding how those conditions can affect your performance should be top priority for every hunter.

By coupling that knowledge with preventative measures and changes in the way you hunt and shoot, it will increase your odds of success and surely make you a better and more productive hunter.