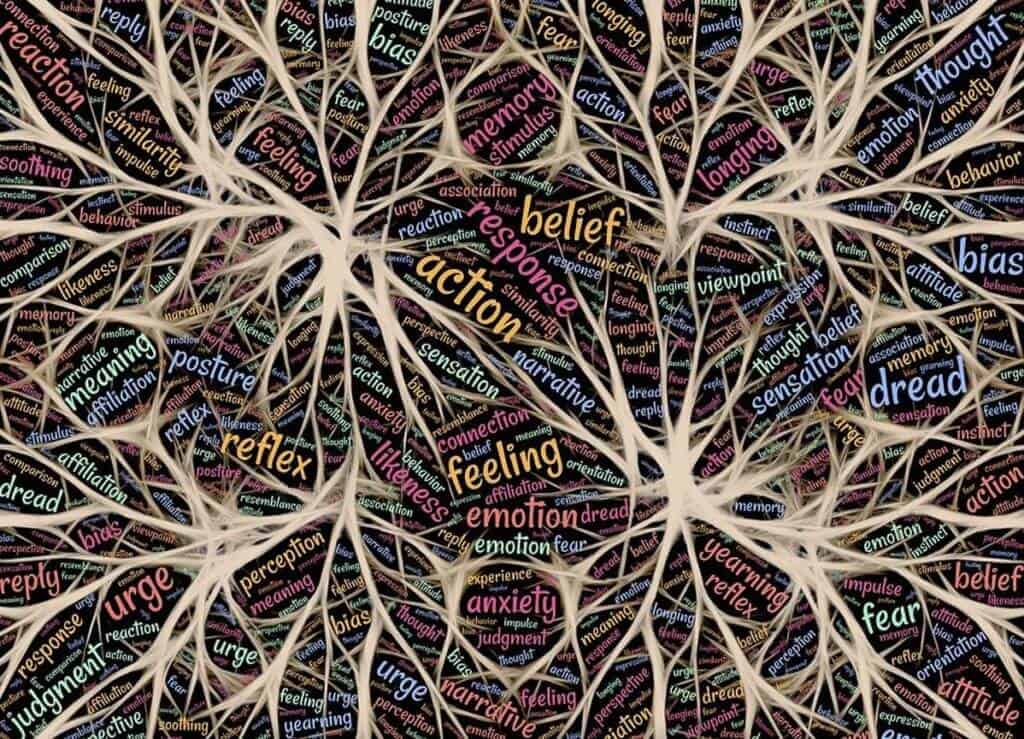 A short on gut instinct, the sixth sense and intuition, and their dire importance to survival-type scenarios. First and foremost, it is of extreme importance, at the moment, to understand that this subject of intuition doesn’t only apply to survival and off-grid situations, but to nearly all of life’s scenarios.

In the article about animal tracking, we spoke of “sacred gifts”; today’s sacred gift we are merely mentioning (due to its ponderous profundity), is the ultimate, the utmost supreme, the catdaddy of sacred gifts. And it is purely stemmed from your inside out, talk about miraculous!

Surely you have been out somewhere, perhaps a high-risk place, and had a sudden “feeling” wash over you. Or, maybe you were out on a trail, deep in the bush, and you suddenly got a sort of “gut feeling” that something from the shadows of the thick was following you with its eyes. Or in some instances, maybe you’ve simply gotten that, “I shouldn’t be here” type feeling.

Well, if such is so, you can welcome yourself to your deeper level of consciousness. Your intuitive sense!

Perhaps you haven’t been in tune with it all along, but if you have had at least one recognizable experience with intuition, you are already ahead of the game. It is of extreme misfortune that so many people, especially with the knowledge obtainable today, completely miss or bluntly ignore their own intuition or gut instincts.

So What is Gut Instinct?

Simply put, intuition is a perceptive insight that allows one to have a sense of something that may not be immediately evident or deductible.

It is the ability to acquire knowledge, or a factor of knowing or sensing without the use of rational processing or reasoning. Truly a phenomenon of the mind, intuition is a direct impression of truth and fact without conclusion and reason.

In most of the cases of “intuition” studied, it seems as though there is a sort of inner compass that was built into each every one of us, linking us in a way to nature that allows us to “see” or “sense” things without referring to our minds logic. Often times, this innate natural “tool” can guide us to perform critical actions before our mind even has the time to think “Oh man! What’s this?”.

One’s gut instinct may scope a broad spectrum of scenarios. Anything from a signal of dubious morality or even a sort of “knowing” a happening and its outcome far before the time of an actual event.

There are times when intuition of the soul and mind understands the proper action needed to take when there is literally not enough information in ones rational mind to properly decide. In fact, often in these sorts of scenarios, the rational mind will think it best to take the worse action, rather than using the most optimal one.

Much like every creature that walks the earth, we humans have a remarkable defense or protection mechanism. No, we may not have the sharpest claws or the strongest jaws or the pure strength of some of the animals we share this earth with; but what we do have proves to suffice remarkably well. We have the largest brains and most capable minds; intuition being the most impressive operation of these big-brains.

Intuition joins us to the natural world and to our nature. It provides us predictions we will later commend. We will say something like “somehow, I just knew” about the chance meeting that was predicted, or about the unexpected phone call from a distant friend, or the unlikely turnaround in someone’s behavior, or about the violence we steered clear of, or, too often, the violence we elected not to steer clear of. At times, it is seemingly (for some, that is) difficult to admit the importance of intuition because it is often depicted as overly emotional, unreasonable, or unfathomable. It is an age-old joust (and a slick reminder of the realism of sexist impurity) from husband to wife about “feminine intuition”, and therefore it was not taken very seriously for many a moon.

Men often prefer reason and intelligence, the grounded, accountable, unemotional thought process that concludes in a defensible outcome. When intuition was used by a female to explain a choice or concern she can’t let go of, most men have typically rolled their eyes and wrote it off as “looney”.

It has even become apparent that, throughout history and even up to this very minute, we Americans idolize logic, even when it is dead wrong, and attempt to deny gut instinct, even when it is learnedly correct.

Though, bringing in another term, “gut feeling”, we men find our own interpretation of a gut feeling, you know, not so light and inconsequential as that feminine stuff (or so they claim…).

The matter, however, is not in the name we use for intuition, it is that it’s not just a feeling. It is a natural method more remarkable and conclusively more logical in the natural order than the most incredible artificial intelligence calculation.

In a juxtaposed sense, it is our most intricate psychical process, while at the same time, the most elementary.

This list is far from an all-inclusive complement, but it depicts the diverse curiosities that have been symbiotic of intuition.

Recognize the Signals of Intuition:

Unless we know how to recognize and listen to our intuition, we are bound to ignore it.

“Bad vibes” or hunches are indicators in the realm of intuition in that they typically indicate some sort of pending danger. Hunches also come in the sense of an urge to do something specific. Vibes manifest in strange feelings in the chest, stomach, or solar plexus, generally causing a warming sensation. A true sign of an intuition in gut feeling, bad vibe or hunches is during a neutral situation. You are doing something totally unrelated and you picked up a hunch.

Another form of intuition is through symbolic dreams. Symbolic Dreams give way to symbolic messages for us to understand. Symbols are the basis of language and the origin of communication.

If a dream is vivid, then it has significance. If you somehow remember the dream often, then it more than likely has some significance. Be wary of the message that is portrayed in dreams.

Often, your intuition will subconsciously swerve your attention, pointing you to something fascinating.

Your intuition will subconsciously point you to something fascinating. The more direct way of getting to you is to direct your attention to something.

The inner voice is the most paramount part of intuition and the direct telepathic guidance you have with your Higher Self. It is not logical and it will not reason with you. It only hints upon you where to go. You are always free to listen to it or not, as it is quiet and neutral.

It may be something as simple as an unplanned hesitation at a traffic light just before a crackerbox full of teenagers run the stop sign at full speed, laughing like mules eating briars and obscenely waving at you as they pass. It may be a voice shouting “Do not pull over!” as a car barrels toward you in the wrong lane. Or anything and everything in between. A visit to your neighbor. A call from a friend in distress. Deciding to cook a little extra food at dinner. To go grocery shopping now rather than tomorrow.

Learn to listen. The more you practice listening and understanding your intuitions signals to you the more you’ll hear and the brighter your path will be illumined.

Think of the brain sort of like a sponge, constantly absorbing, categorizing, and filing away information from our surrounding environment. Much, if not a majority, of this information we are simply not even aware of.

This gives reason to the fact that an “outdoorsman” may be much more likely to “sense” pending dangers while in the wilderness than, say, a lifelong urban dweller while in the same environment. Just as the same would hold true of that same outdoorsman being suddenly immersed in a total urban environment.

However, each being in a strange environment, having become attuned to their intuition, or inner voice, their senses would be on a high enough alertness to pick up on the natural signs before their conscious minds have to do much “ mental work”.

The most frequent theme in advancing one’s intuition is that it all depends on positive experience and helpful feedback. This bode is notably significant for domain-specific expert intuition. Along with learning automatically from proper and fitting experiences, we also need to learn skills based on methodology. We need to expand aptitudes in observation, speculation, testing, and generalization to the point where the scientific way of learning becomes automatic and intuitive.

Lastly, we need to be thoughtful and reflective. We need to develop mechanisms to question basic conjectures, generate replacement understandings, and pursue proof to examine our intuitive beliefs. We want to avoid, by all means necessary, being deceived or misguided by corrupt, self-centered, egotistical intuitions.

In the theme of prepping, we all seem to be waiting for this “Big Happening”, so to speak. EMP’s and Grid fallouts, pandemics, (nuclear) war, increasingly bizarre natural disasters, etc. While that has, it’s very good reasoning for prepping, if we open our eyes just a crack further, we may notice what is really going on, slowly but surely…

It is a simple fact that S has already hit the FAN. That “Big Happening” is already here; it is already upon us, and has been for quite some time. All the things going on inside of this period are only but confirmations for what stage we are at in the timeline of the world.

Oh, sure, it has happened at the pace of the turtle gear on a decrepit Snapper, and as quietly as a coyote in a dark forest. But it has happened nonetheless, right under our noses (and eyes, and ears and hands, for that matter). We have somehow lost our senses of liberty and allowed a perilous minority to rule. Yes, we have arrived at the point where S is not only hitting the fan but is being slung about the room in a mess of bronze unmentionables. We are allowing our history to be destroyed and Artificial Intelligence is threatening to take over all that lives. Yes, WE ARE ALREADY THERE.

We must make it a key focus, individually, to ponder and proctor to make sure that our involuntary impulses and spontaneous judgments benefit the conscious self. Intuition is a powerful tool and a must for survival, though, only when it is properly cultured and governed.

Always listen to your “gut”, and not only when it is craving spam and fresh farm eggs after an exhaustive morning of splitting wood~ Stay sharp, preppers!