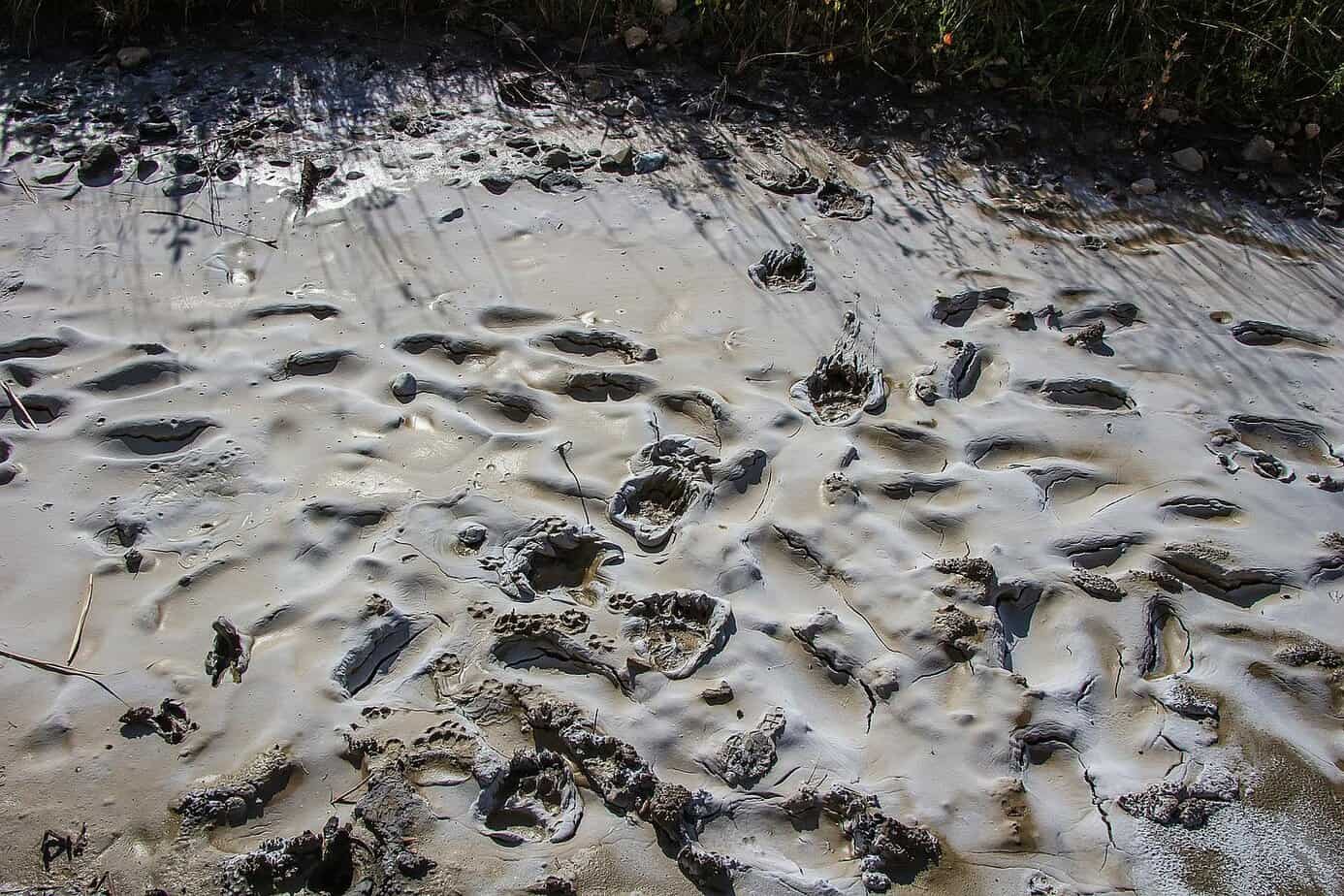 How is man tracking different from tracking animals? Animals have set characteristics and do not conceal their spoor, but a man who doesn’t want to be found is capable of concealing spoor. Man tracking is often referred to as combat tracking or tactical tracking.

It is the art of locating a person by following the signs left behind. Much of this style of tracking was adopted from the Selous Scouts, a Special Forces regiment of the Rhodesian Army In Africa that operated from 1973 until 1980. It was organized as a mixed-race unit consisting of soldiers of African and European descent.

Their primary mission was operating deep in Insurgent-controlled territory. The Selous Scouts acted as a combat reconnaissance force with the mission of infiltrating Rhodesia’s tribal population and guerrilla networks, pinpointing rebel groups, and relaying vital information back to the conventional forces assigned to carry out the actual attacks.

Members of the regiment were trained to operate in small undercover clandestine teams capable of working Independently in the bush for weeks and of passing themselves off as rebels. The Selous Scouts were very active during the Rhodesian Bush War. Their motto was pamine chete, which in the Shona language roughly means “all together” or “forward together.”

Man Tracking – What to look for

Much of tracking means noticing what is out of context in nature and understanding the cause. A few key points when trying to find signs of activity and tracks (spoor) are:

There is, of course, the obvious footprint in the mud near streams, water holes, and along sandy rivers where the pattern of a shoe or boot has made an impression, confirming a human presence. These areas near sand and moist ground are known as tracking traps. Rifle butts used as crutches or canes up steep slopes, as well as walking sticks, all leave unique patterns. 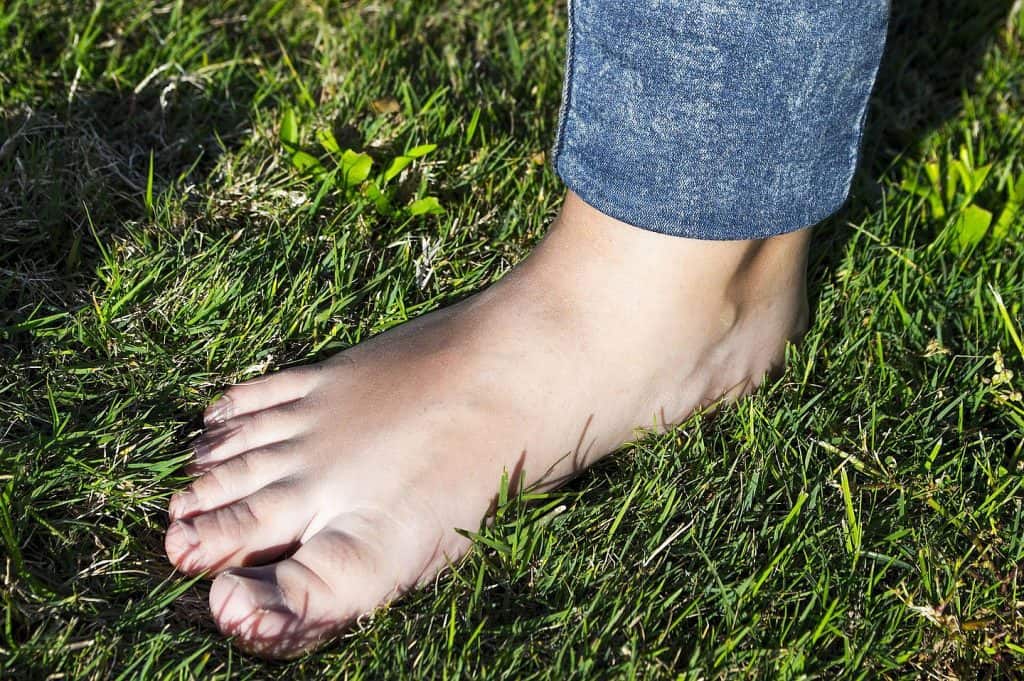 Rocks that have been overturned, leaving the dark side up and revealing the impression on the ground where they came from. Scuffed tree bark on standing or fallen logs and plant leaves that have been broken or knocked off.

Disturbed, bent grass blades reveal the direction of travel: The top of the grass points in the direction the person has gone. If the person has passed through after sunrise, the dew will be disturbed, and a faint darkened area will reveal a trail. Also, watch for broken spider webs and cobwebs.

Branches that have been broken or bent, revealing a lighter color of the wood. Vegetation turned over or broken shows the light underside and contrasts with the surroundings.

Water on rocks or the ground could show where a person came out of the water. Plus, there are the more obvious urine and blood on vegetation, trees, and the trail.

Note drag marks, which could indicate someone is wounded. Look for food wrappers, clothing, and human feces near known tracks. If you discover a resting area or camp, check the campfire’s heat. Look for cigarette butts, ration tins, and documents.

In a tracking team, the team leader briefs the team on the operation and controls the team and all backup forces until the time of contact. He relays information to the follow-up team and headquarters. He is also the tail gunner/rear guard, if the team is working as a four-man team. The tracker reads the spoor and interprets it to the team leader.

Trackers are too valuable to risk in a firefight and should not engage unless there is a serious manpower shortage. When examining spoor, the tracker keeps his head slightly up and looks 15 to 20 yards ahead. This enables him to see the spoor better, determine the direction of movement, and keep alert for likely ambush areas.

Also trained trackers, the two flankers handle the forward and flank security of the tracker. As the tracker becomes fatigued, they rotate duties with him, so all trackers remain fresh and alert. The Hankers’ function is important, as they will probably see and engage the enemy first and must be alert and ready for instant action. 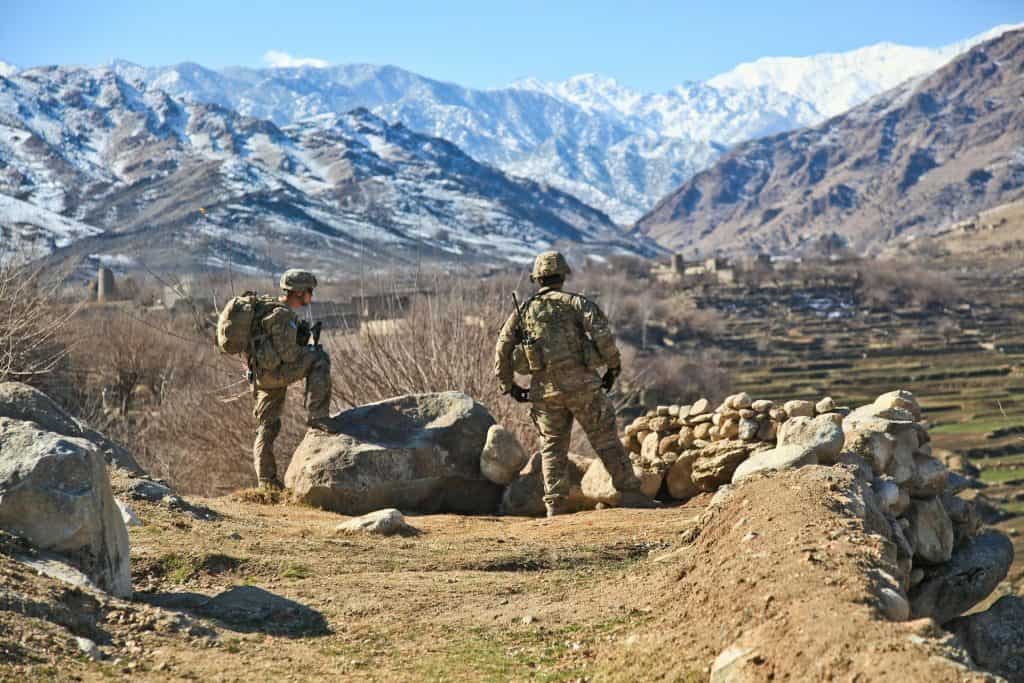 All members of the tracking team should be trained, experienced trackers. The rear guard pulls security at the back, occasionally facing away from the team and watching for anything missed or a possible ambush.

Follow-up troops are under the control of the team leader until contact is made or the enemy Is pointed out. They are basically the reinforcement muscle. The standard tracking formation is a Y shape, where the flankers from the open legs of the Y, the tracker is at the junction, the team leader directly behind him, and the rear guard at the back.

The team leader remains behind the tracker, while the flankers remain forward and to the side of the tracker as much as terrain and vegetation al-low. Distance and spacing are up to the team leader.

When operating, use hand signals at all times. Teams can devise their own signals, but it is important to use the same ones consistently. If team members must confer, take cover and talk low. Some literature says for teams to whisper, but that sound cuts through more than the low murmur of speaking softly.

Tracking requires concentration, and the pressure is tremendous, so rest teams as often as possible and rotate tracker and flanker frequently. Once on the spoor, they may be forced to travel for many miles, and tired people make mistakes. Teamwork saves lives and gets results. If possible, never separate a team once it is formed. 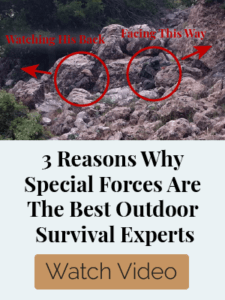 If you decide to learn the art of tracking, one thing is guaranteed: You will lose the spoor at some point. When that happens, go back to the last positive spoor and mark it. Then look up to about 25 to 30 yards ahead and sweep visually from center to left out about to 45 degrees and then back to the center.

Repeat the process to the right, each time coming back to your feet and the last confirmed spoor. Look carefully and slowly, and most times, you will pick it up again. If not, brief the team as to which method will be used to relocate the spoor. The most common methods are the cross-grain, box, and 360-de-gree sweep.

Tracker moves laterally from the spoor, either left or right (distance determined by team leader), and then doubles back toward his original line of march. Each time he turns, the tracker advances forward a step before doubling back.

Tracker makes ever-increasing circles from his last confirmed spoor back to his point of origin.

Each half of the area is boxed off and examined on the two sides of the last known spoor. When spoor is lost, be patient and keep looking! Once contact Is made, the team can take cover or move to a skirmish. On contact, the team forms a sweep line and moves forward together. What happens is up to the team leader.

No one will become a tracker by reading this. Only practice, practice, and more practice under experienced supervision will do that. Looking at the ground and the natural surroundings is the first step.

Tips to secure your home against looters