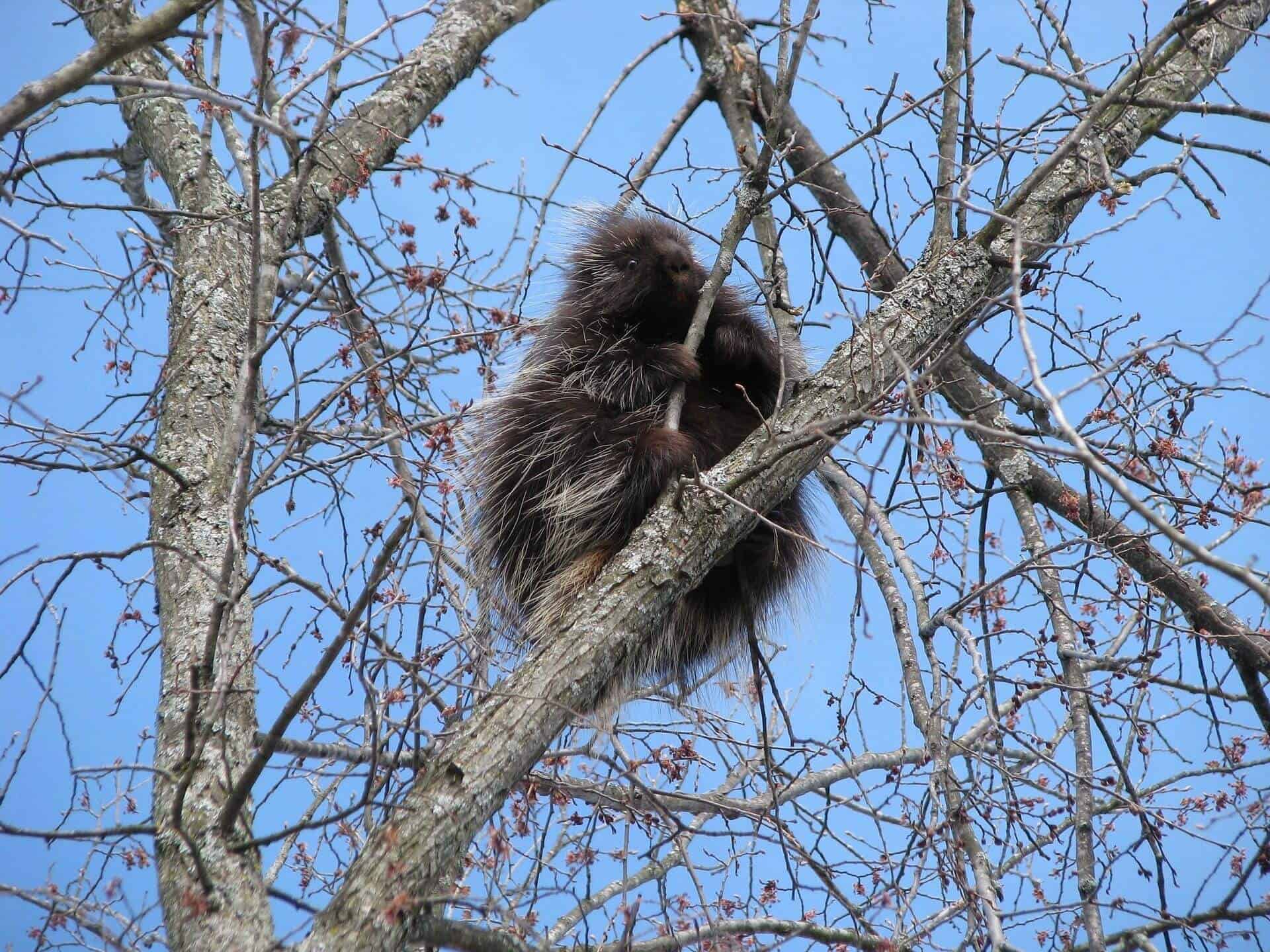 I’ve learned from my ancestors that Mother Nature will provide you with everything you need to survive. My family was fed many years thanks to what we managed to harvest from the wild. We learned that whether it is plant or animal, everything has a purpose in nature. Porcupines may not be an appealing choice when it comes to survival food. However, I can assure you that their meat is an important source of protein in a survival situation.

If you will be out of food or if you happen to find yourself in an emergency situation when bugging out, you have to plan your pursuit of food carefully. In the wilderness, everything must be calculated based on risk and reward, and the energy required to obtain your next meal. Think of it like this, the energy you spent bagging something should be equal or less (ideally) than the amount of energy you gain from it.

When it comes to porcupines, I honestly believe it is worth the effort of bagging one or more. Porcupines are slow, they have poor vision, and you can seal their fate rather quickly with just a club. Pretty much everyone can take advantage of porcupines as survival food as long as they don’t make too much noise. Although porcupines have poor eyesight, they have very good hearing.

The one thing you need to pay attention to when hunting porcupines is their incredible quills. Ranging in length from 3 to 12 inches, they can inflict great harm on the careless hunters. The good part is that porcupines cannot launch their quills at attackers. In theory, this should make your life easier. 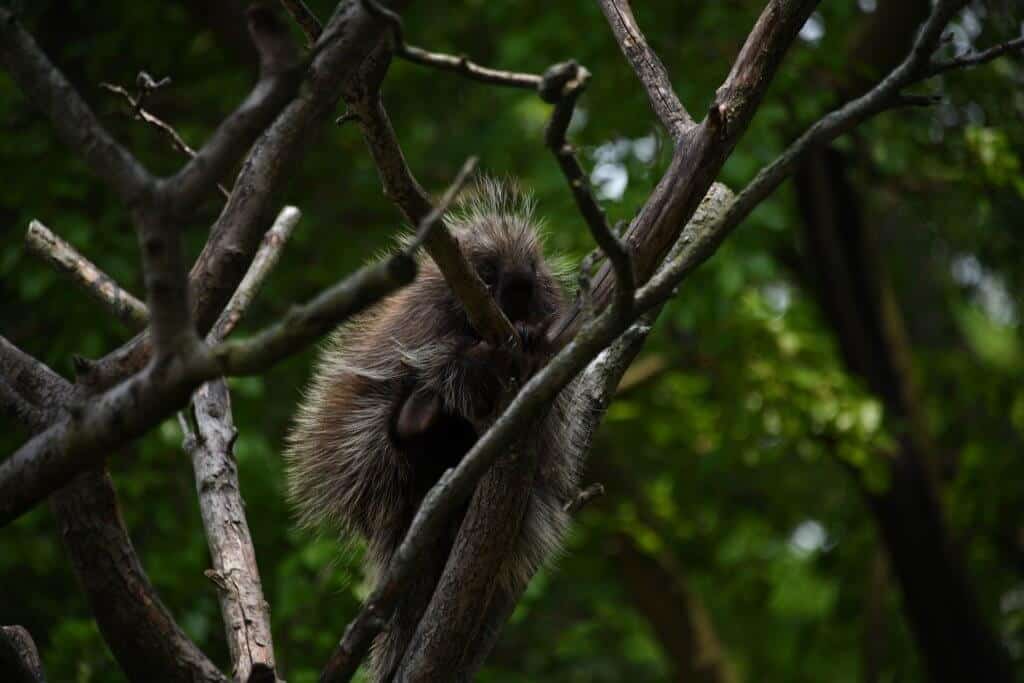 Porcupines are the second largest rodents you can find in North America. They can weigh between 20 and 30 pounds and can measure up to 36 inches in overall length. Other rodents like beavers and muskrats are hunted due to their somehow destructive nature, while the porcupines are being left alone.

Although porcupines are slow-moving animals and easy to kill, but most importantly, they are loaded with fat, they are not seen as a food source. The keen survivalist should seriously think about this perfect survival meat source as their fat will be a needed source during a winter survival scenario.

You can find porcupines throughout the mountains and most forested areas of North America. These animals love to chew on twigs, leaves, and the bark of various trees. Although their diet will limit their overall territory to the forested areas and mountains, you can still find some porcupines as far south as Mexico. Porcupines don’t have many predators due to their excellent defense, but there is one animal that is actively hunting them, the fisher (a fairly large animal of the weasel family).

Porcupines as a human food source

In the old days, hunting was a way of assuring sustainability, and things were not as chaotic as today. Nowadays, most hunters will pursue the game as a sport and few of them actually put food on the table by hunting. The sport hunting industry is making millions of dollars each year as the modern hunter is pursuing mostly large game such as elk, moose, and bear. Compared to sport hunters, the meat hunter will satisfy its needs with whatever luck brings and what is legal to harvest. This means that every meat hunter (survivalist or not) will most often prefer small game if available.

I’ve learned from history books and from my ancestors that even tough porcupines were available to Native Americans and the first settlers in great numbers, they rarely ended up on their menu. There may also be a correlation between the desire to bag porcupines and the time of the year. It seems that during the winter, these animals were actively pursued do to their slow nature.

Read next: Survival Lessons From The Native Americans

The reasons for such behavior may be obvious. During warmer times, plenty of other game was available. Sure, porcupines were also taken, but rabbits, turkeys, deer and other animals would make the top of the list. Another reason why porcupines were mostly hunted during the wintertime may be strictly related to their large build and fat content. In the old days, fat was a prized resource, especially during the cold season.

If you live in a cold climate and you have an active lifestyle, you will need a good amount of fat to survive. Since porcupines have good fat content and they are easy to hunt, It would make common sense to bag them. Not to mention that, in a survival situation, every meal is valuable during the winter.

To stay warm in a cold climate, your body will burn calories at a faster rate. To be able and sustain this calorie burn, you need to eat regularly. Since the game is scarce during this time of year and seeing how difficult it is to pursue prey in deep snow, you need to have alternatives. The slow-moving porcupine is your most accessible target during the winter. Even more, it will help you feed your family without spending too much energy hunting it.

The modern man only hunts porcupines when they cause damage to its property. Also, if there are not fishers around, the porcupine population will increase. This is a good thing if you happen to rely on porcupines for food.

The problem with porcupines is that just like all other rodents, they like to chew on things. They do so in order to keep their teeth in check. Everything goes for them, including tools, sheds, lawn furniture, you name it. Due to this damaging nature, the animals have no limitation when it comes to hunting. There are many states with no closed season for them. Even so, they are not on top of the hunting lists, and few are harvested for their meat.

I personally never hunt something that I don’t intend eating or using, unless I have to. From a young age, I’ve learned that hunting an animal without using it entirely is a waste of resources. 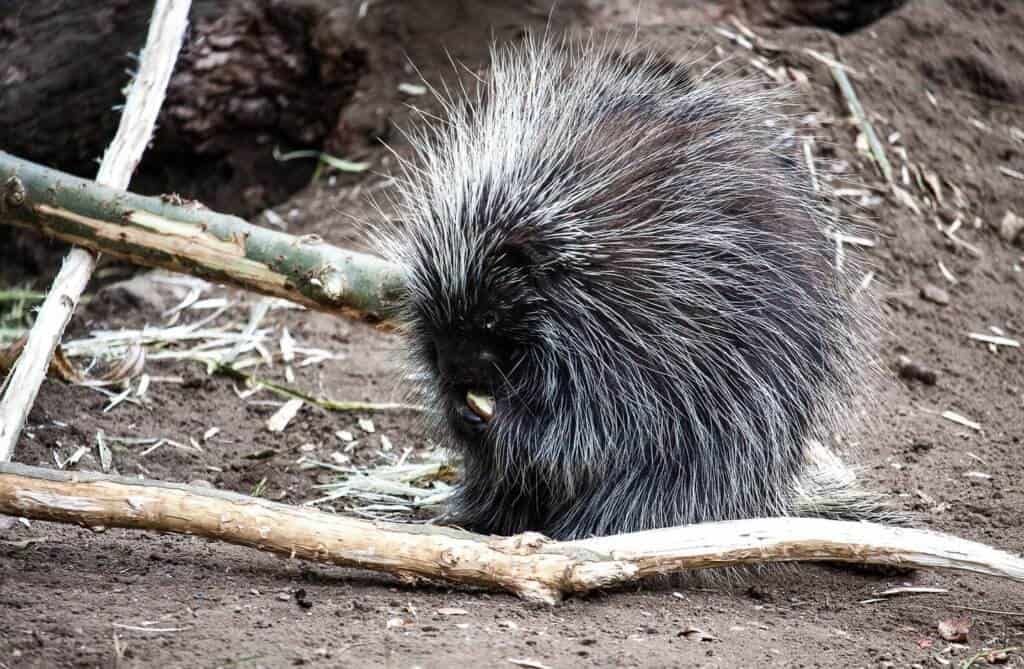 I consider myself an opportunistic hunter, just like my ancestors. When a porcupine presents itself, I won’t hesitate to harvest it. This often occurs during the fall and winter seasons. I hunt them during the warm months only if they pose a problem to my neighbors. From my network of people, I found that it’s the same case for most of them.

If you plan to hunt porcupines, a .22LR rifle will do just fine. This should be your firearm of choice if you plan on hunting other small animals like rabbits or squirrels. If you plan hunting larger game or birds, carrying a 12-gauge shotgun may be required. For other large game, I carry a .30-30 rifle. However, none of these will be used for bagging a porcupine. The .22LR rifle is my preferred choice although I will often use a sidearm like a semi-automatic or a revolver. It really depends on what you feel comfortable with.

Recommended article: 5 Guns Every Prepper Should Own

When you hunt porcupines, you have to move slowly and stop often. Looking and listening is an important part of the hunt. You have to look on the ground in the branches or at the surrounding trees. Good eyesight is important, but you should also rely on your hearing. 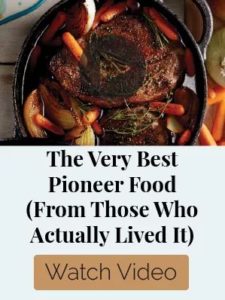 Porcupines are not shy animals, and will often make sound or give themselves away in some way or another. After some time, you will begin to notice their particular chewing sound. Once you are able to learn that sound, you will pick it out quickly.

Another suggestion for hunting porcupines is to look for their tracks and where they are denning. In some areas, they seem to prefer hemlock forest and spruce forests. It makes sense that when you find yourself close to those trees, you should pay close attention. If you find trees with chewed bark, you will figure out there is a porcupine nearby.

Even more, when they chew the bark, they will leave small piles of wood chips on the snow. These are easy to spot in the white scenery. Another suggestion would be to look for their droppings as these are the size of jelly beans and ironically, are shaped like beans. You can find piles of droppings at the base of the tree. In most cases, if you find fresh wood chips and droppings at the base of a tree, looking up will reveal the porcupine responsible for those markings.

If you find the markings, but there’s no porcupine on-site, look for dens nearby. Gaps between rocks, trees are ideal dens for porcupines. You won’t have to look for long since they don’t travel too far from their food source.

To spot their dens, look for droppings outside the holes. Porcupines are clean animals and will always push their trash outside. When you find these signs, there’s a high chance you found the den. The advice I can give you here is never to take on an animal when it’s in the den. Mark the spot on your map and come back later. Chances are you will find the inhabitant of the den up in the trees at some point.

Due to a large number of quills (hairs), preparing a porcupine may seem like a challenging job. However, a porcupine can be prepared in the same way as you would do with a rabbit. There are hundreds of recipes online, so I will not waste your time with mine.

The thing I will mention is to pay attention to the quills. In fact, these quills are guard hairs and as long as you don’t rub your hand against the grain, you should be ok. You can singe the hair before the cleaning if you like. However, you should avoid doing this if you want to save the quills.

My ancestors used to make decorative work from porcupine quills. Quillwork was and still is, a unique and valuable skill. They were making baskets and often used them to adorn clothing. Since the quills are hollow, they will easily absorb dyes. After all, they are a form of hair and just like human hair, it can be dyed in many colors. Native Americans used to produce quills of any color they desired. 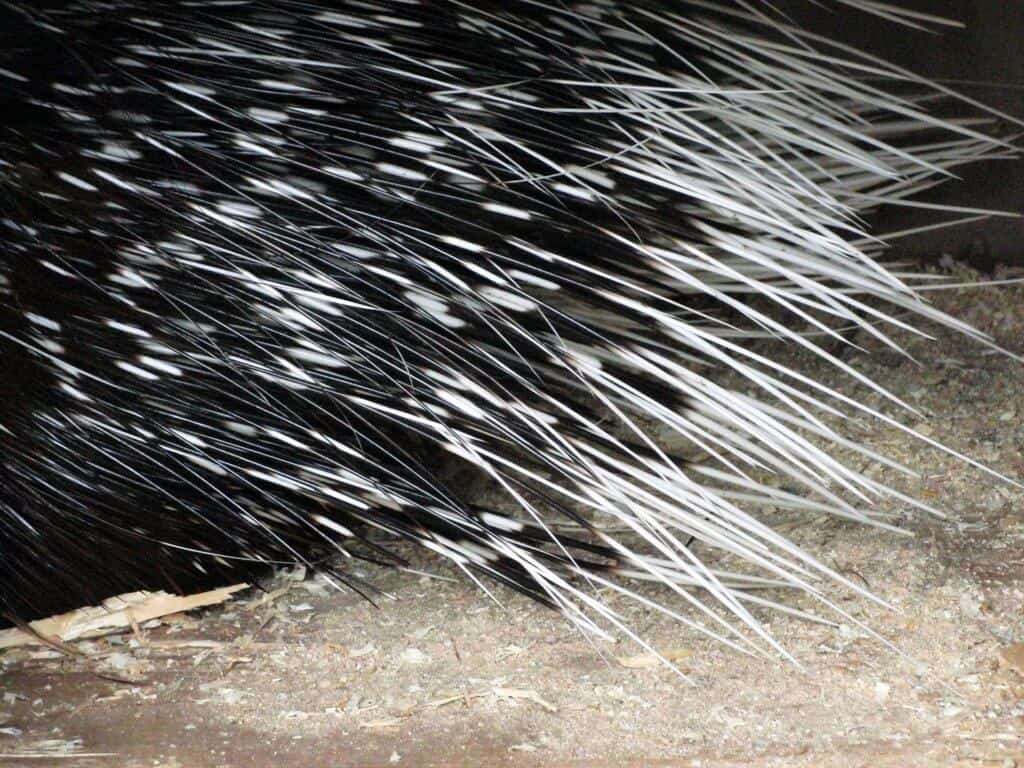 In a survival situation, you will do whatever you can to keep yourself and yours alive. Eating things that may not be appealing is perhaps the only thing that will keep you alive. Porcupines may not seem like the perfect prey in the wilderness, but I assure you is the best opportunity that may present to you. It may be your only way to secure food.

Harvesting porcupines was a common food gathering technique for the Native Americans and the first settlers. Their high-fat content will keep you alive during the winter season, so don’t miss your chance to bag one when the opportunity presents itself.