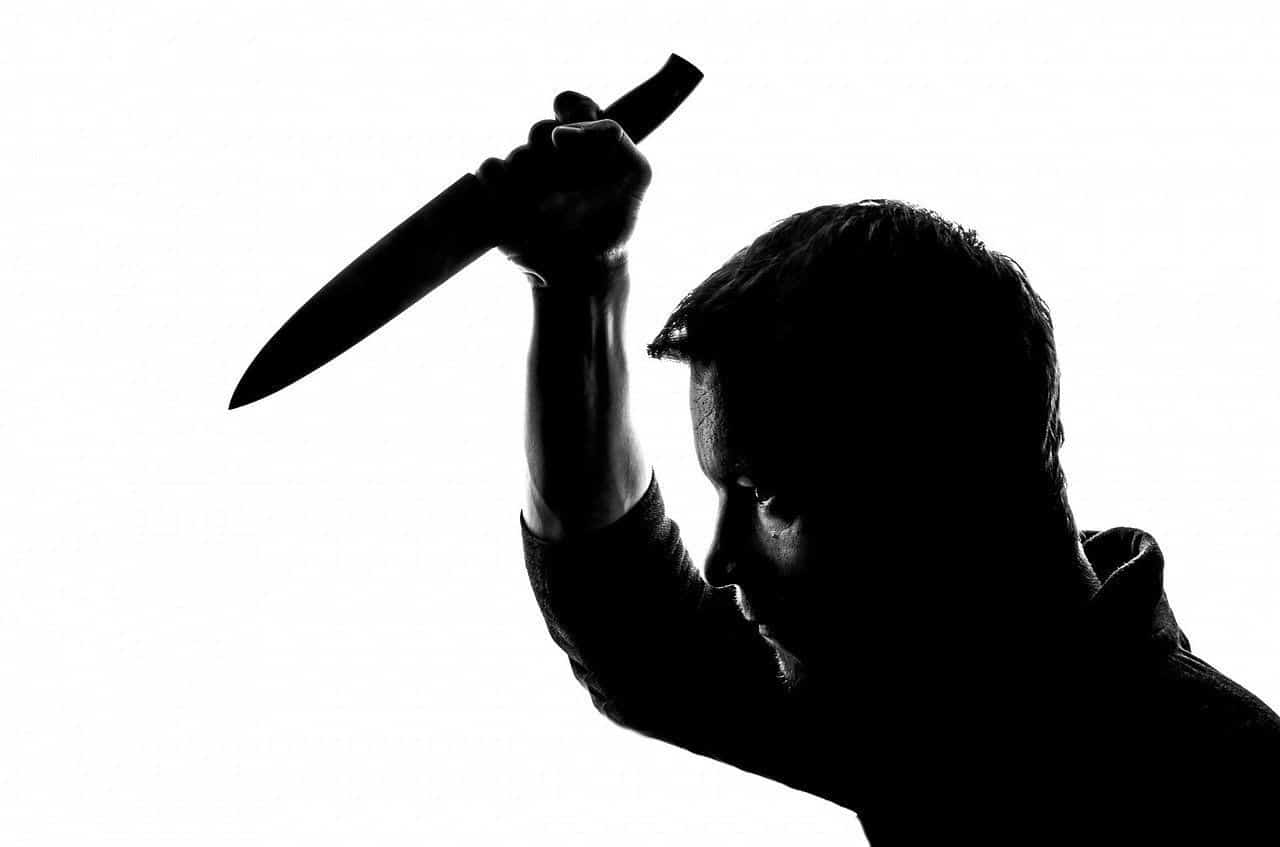 The world seems to be boiling this year, and an unexpected confrontation in a market or even in a parking lot can have a dire outcome. If you have to face an assailant armed with an edged weapon, the danger level of such a confrontation can turn into a life or death situation.

Regardless of your aggressor having a screwdriver, a pocket knife, or an army style knife with a large blade, there are some edged weapon defense principles you should follow. The following strategies will lessen your chances of becoming a victim, and many of the tips you will find in this article will allow you to avoid the confrontation entirely.  Even more, some of the strategies listed will come to your help in case you are forced to engage your attacker.

I advise you to keep an open mind and first understand that no two confrontations are alike. However, these strategies can give that needed edge that will get you home alive.

🖐️ 1. Try to control the weapon 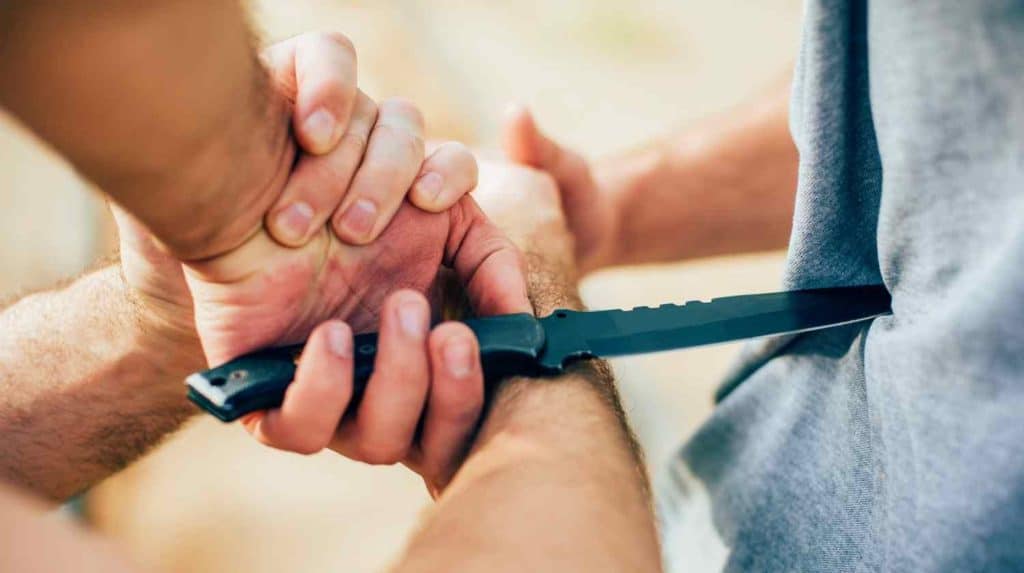 One of the main things I’ve learned during the self-dense classes I’ve attended during the years is that you have to figure out ways to control the weapon when you are facing and edge weapon attack. This becomes your main priority.

Think of it like this: if the edged weapon is not under control, it will eventually find its way to inflict harm and cause serious damage that may not be obvious at first. If you manage to control the attacker’s weapon, it will no longer cause physical harm since you are preventing the assailant from using it.

Various self-defense techniques can be applied, but they can all fail if your attacker still has the ability to use his weapon. You can control the weapon only if you manage to physically secure his striking hand or arm or if you disarm the opponent and the weapon is no longer within his reach.

In any type of conflict, avoidance is the main keyword before the conflict. One of the critical weapon defense principles is to stay away from an attacker, threatening you with a sharp weapon. Get away from him and get away fast.

Any serious self-defense instructor will tell you that if you have the option to flee an attack rather than staying and engaging your attacker, the smart thing to do is choosing to flee. It doesn’t matter how trained you are and the years of practice you have behind you. Why take your chances when you can get away and save yourself from injuries? Control your macho ego and chose to run.

If you find yourself in an open area, you should run as fast as you can until you can find help or a possible shelter. Even more, in certain edge weapon defense classes, women are being told to scream and yell with intensity when running. This is a good approach, regarding if you are male or female since the attacker will probably not run after you, and chances are he will get nervous and fearful, and will soon abandon the scene.

No one will think less of you if you run. Stop giving in to the “tough guy” BS you’ve seen in movies and on social media. Your pride will kill you if you give in.

Common sense tells us to stay alert in a world with too many unknowns, and yet, most people are distracted by their mobile phones, the music blasting in their headphones, or rushing from one chore to another. Such people will fail to notice a possibly dangerous situation before it happens, and they are the first ones to become victims of an armed attacker. People lack situational awareness these days and that’s a mistake you can’t afford making.

Try to keep your head up and scan the area in front of you and walk with confidence. In the wilderness, predators attack the animals that are weak, injured, or distracted. If you fit the description, the two-legged predators out there will target you if given a chance. Leave the selfie for later and send that email when you are in a familiar place because these are not important tasks to risk your physical integrity.

In one of the edge defense weapon classes, the trainer, a former law enforcement agent, was stressing the need to learn and read the body language of people in front of you. You can determine someone’s motives before they say their first word. Even more, the facial expressions of a person, as well as their stance, can indicate if they have an aggressive intention towards you.

Let’s say they are facing you with a strong body position leaning a little towards you, and you can’t see one of their hands. This may very well be a sign that the person in front of you is hiding a knife or any other type of weapon within their hidden grasp. In such a case, you should maintain some distance between yourself and the possible assailant. Don’t be afraid to seem paranoid. It’s better to be alert rather than sorry. Listen to your gut and if you feel something isn’t right, avoid that person at all costs.

Recommended article:  Tactics And Decision Making In A Self-Defense Situation

Some people have a concealed weapon in their EDC, while others carry a self-defense tactical pen, a pocket knife, a metal baton, or any other weapon that they feel comfortable using. Having a defensive EDC, it’s a smart thing to do, and your approach to it is just a matter of personal skills and liking.

If you carry a firearm, you should train to use that firearm in a close-combat encounter. Learn to shoot from various positions and how to block your attacker in order to have enough time to draw and use your firearm effectively.

In case you don’t have a concealed weapon permit and you go with something else, it would be smart to have some sort of weapon that provides a longer reach then your attacker. The type of weapon that will give you the needed advantage in both defensive and offensive moves. Some people chose to go with a baton since it provides all the listed advantages. 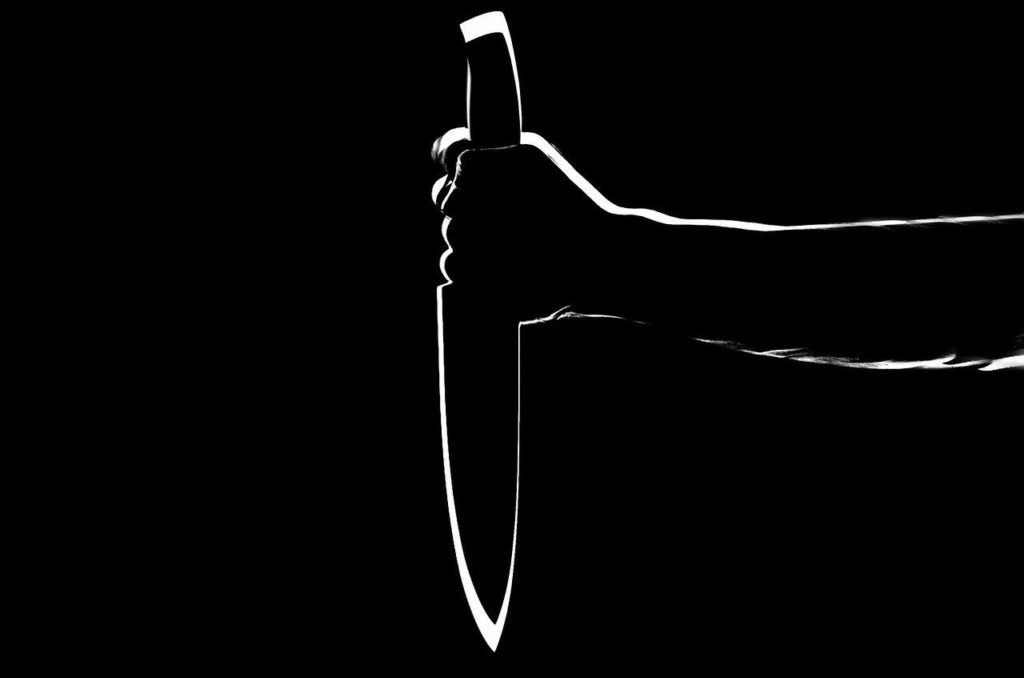 One of the principles of edge weapon defense states that every weapon can be deadly. The problem with most confrontation these days is that people decide to engage an attacker after judging their weapon. They often fight an assailant because the weapon they are flashing doesn’t seem so threatening.

It may be true that a large survival knife is more intimidating than a pocket knife, but in such a case, it’s actually much easier to defend yourself from a large blade than a small pocket knife. Don’t make the mistake of correlating the weapon’s size with the amount or type of damage that it can cause.

It’s easier to grip and control a large blade since it’s much more visible. For example, if your attacker holds a box cutter, it will be difficult to spot it in time and control it properly, not to mention that even though it may not seem threatening, it will cause deep cuts that are hard to close and will produce extensive bleeding.  Everyone can carry a box cutter, and you never know how they intend to use it.

When you are attacked with an edged weapon, and you are forced to defend yourself, try to use available objects (bag, backpack, cane, etc.) to create a barrier between yourself and the weapon of the attacker.

Any object in your possession or nearby that can be used as an edged weapon defense between your body and the weapon, but also between you and your attacker, should be used without thinking twice about it. Is there a chair nearby? Pick it up and throw it towards your attacker. If you are running through an alley and there are bikes, trash, or anything that can block the path, make use of those and pull them behind you when running.

Protecting yourself is the main priority, and every object that blocks the path of your assailant or disarms him, giving you the time to flee, should definitely be used.

If you reached the point in which you cannot run, and you are forced to engage your attacker, try to keep things simple. Use the simple, fast-acting techniques rather than starting flashy moves. Control the weapon and strike your attacker effectively. These are your main priorities, and such actions should have only two outcomes: a) you have disarmed and immobilized the attacker, and b) you have delayed his action and provided yourself with enough time to flee the scene.

Complex fighting moves have a great chance of failure when you are under high stress, and you may very well end up slipping or get the routine wrong. In such a case, you will get cut or even worse.

Any respectable edged weapon defense course should teach the participants what vital areas to protect and how to do so properly. You have to protect your vitals even if you take a hit or two on other parts of your body in the process of doing so.

Try using your forearms to create distance between the blade and your lungs, or prevent the attacker from slicing your throat or puncturing your neck (hitting vital blood vessels). The midsection and neck/head areas are usually the prime targets of an assailant since these areas will take you out almost instantly.

Personally, I firmly believe that it’s much better to have superficial cuts on your arms and legs, rather than dealing with a wound that requires major surgery or end up with lifelong physical disabilities. 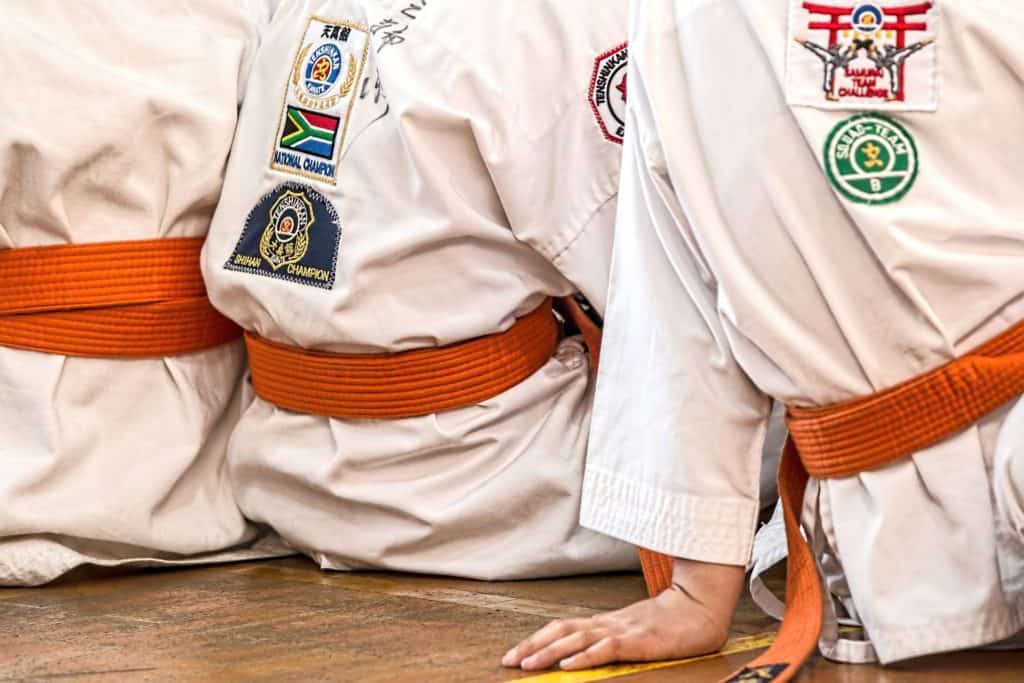 It’s common sense that someone with any kind of self-dense training will have a great advantage over those who lack such training.  To give yourself a fighting chance, train yourself and attend an edged weapon defense course.

Even the basic self-defense classes that offer weapon self-defense courses or teach you various weapon disarming techniques will bring something new to the table, and you will improve your self-defense skills.

If self-defense is your main goal, then you should stay away from those martial arts trainers that put a lot of emphasis on sports completions, or those that have “fitness-style” classes. Remember that not every martial class out there teaches you techniques that can be applied “in the street.” I advise you to first watch a few classes and figure out if their agenda will help you stay safer in the real world.

Even more, don’t seek classes that offer fast results since these don’t work. There’s no way you can become a hand to hand combat expert overnight. It takes practice and persistence if you want to obtain results.

The main thing you have to remember in an edge weapon defense scenario is that you need to control the weapon. Once you manage to do so, you will be able to either disarm the attacker or make certain moves that will incapacitate him or delay his actions so that you are provided with enough time to escape. Stay in control, protect your vitals, and train!