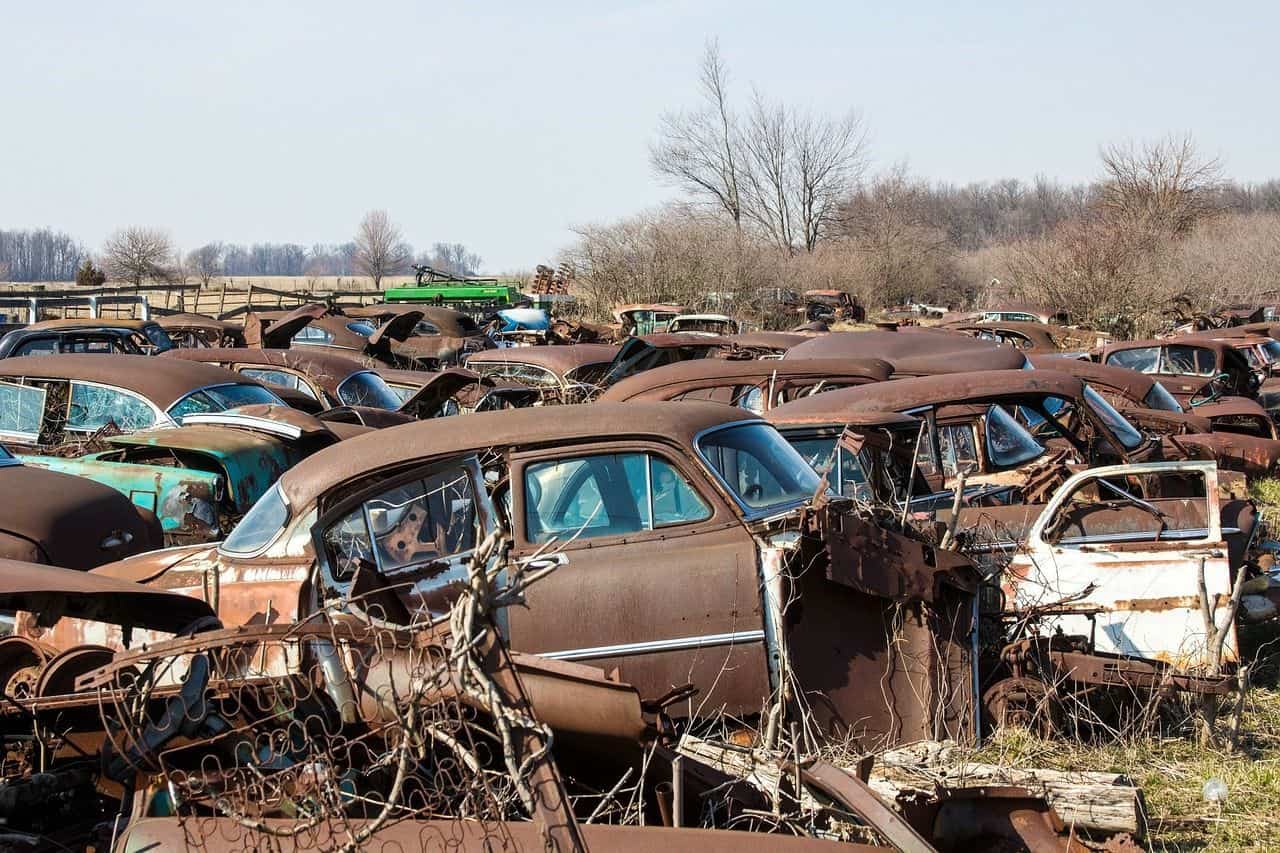 At the beginning of the month, in the Chinese region of Inner Mongolia, a city was on high alert. They confirmed a case of a deadly disease that has persisted centuries after it caused the most lethal pandemic in human history, the black plague. The question that kept popping up in the media was, how much do people know about the plague, and are we at risk?

📜 A little bit of history

Contents hide
1 📜 A little bit of history
1.1 🦟 The plague is closer than you may think
2 🦠 Yersinia Pestis — The Plague causing bacteria
2.1 🆘 Precautionary measures
2.2 🐕 Recommendations for pet owners
2.2.1 🖊️ Concluding

When the Tartar armies under the command of Kipchak Jani Beg besieged the Black Sea trading port of Caffa for a year, they suddenly found themselves overtaken by a mysterious plague. According to Geoffrey Marks, in his book MEDIEVAL PLAGUE, it was killing the soldiers at such a fast rate that they were “fatigued, stupefied, and amazed” into full retreat by 1347.

Before Jani Beg called off the attack, though, he decided to give the defenders a taste of what his men were suffering. Loading the catapults with his soldiers’ corpses, he launched them into the city. Soon the inhabitants, totally encircled and unable to properly dispose of the remains, found themselves infected by the same deadly disease.

When the siege was finally lifted, sailors, once trapped by the fierce battle, again were able to leave the city. Unfortunately, they carried with them and into Europe, the infection that, according to some, would start the Medieval Plague.

By conservative estimates, this early form of bacteriological warfare would ultimately result in 25,000,000 deaths. Others say it claimed up to 50 percent of that continent’s population, or nearly twice that amount. 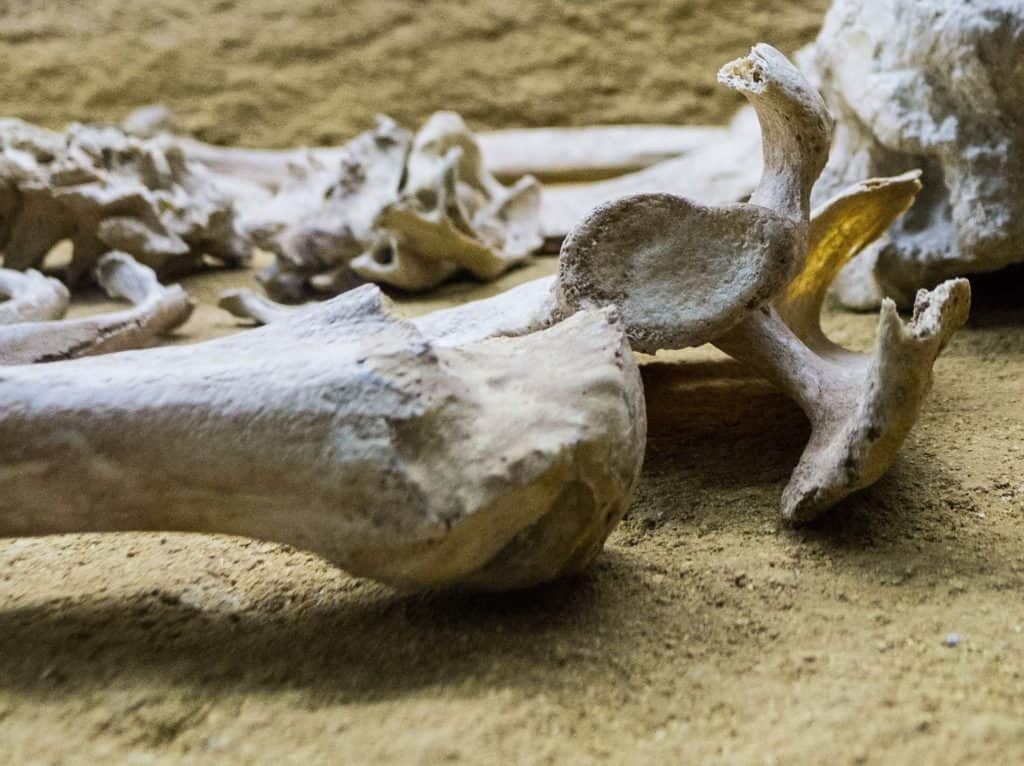 Several hundred years later, in 1763, General Jeffery Amherst, offered small-pox-infected blankets as gifts to nearby new world Indians. Though perhaps more esthetically pleasing as a method of biological warfare, the results were just as devastating.

Unlike other eradicated diseases, the plague still exists, and in certain remote regions of the Western United States, it actually thrives.

🦟 The plague is closer than you may think

I remember that in the 80s, a Phoenix hunter killed a rabbit, but was forced to discard the meat because it smelled and looked abnormal. Some three days later, he was sick enough to enter the hospital. In an hour and a half, he died of what would subsequently be diagnosed as bubonic plague.

Prompted in part by the incident, the U.S Department of Agriculture released some shocking statistics in August of 1987. In Cochise County, Arizona (where heavily visited Chiricahua National Monument is), 81 percent of all carnivore blood samples taken had plague antibodies. Three of three coyotes from nearby Rucker Lake were plague positive.

Near Williams, Arizona, 6 of 12 coyotes tested positive. North of Flagstaff, prairie dogs in a one-square-mile area of Doney Park (off U.S Highway 89), were dying off from the infection. In Greenlee County (which borders New Mexico), one of three black bears and one mountain lion had the antibodies. Near Prescott, Arizona, 8 of 10 coyotes were plague positive, and 10 of 18 carnivores tested with the infection.

In fact, since virtually every county in Arizona tested with some plague activity, the Arizona Department of Health Services later issued warnings that advised: “campers, hunters, and other outdoors enthusiasts to follow some basic precautions to avoid exposure when enjoying the outdoors?”

Though it’s possible to encounter plague virtually anywhere, Arizona officials reported that the most susceptible areas are those “parts of northern and eastern Arizona at elevations of 4,500 feet or higher!” 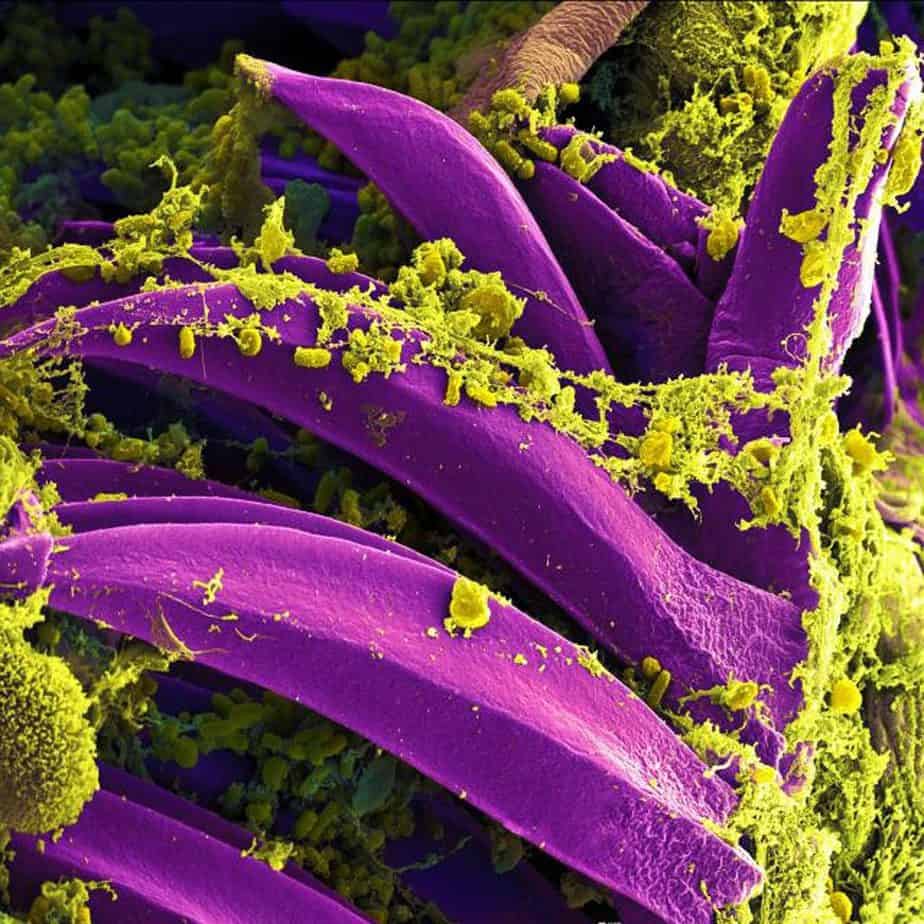 A small rod-shaped bacteria, Yersinia pestis, causes the “plague.” It reproduces at such a high rate that the number of organisms in an infected person can actually double every two hours.

It usually affects small rodents like rats, mice, prairie dogs, and ground squirrels, but can be transmitted to larger animals such as rabbits, bears, coyotes, bobcats, and where it counts most, man himself.

The black plague, as it’s sometimes called, is transmitted through a very distinct series of events.

Typically a flea bites an infected rodent and ingests the bacilli as part of its blood meal. There the bacteria reproduce at such rate that the flea’s mouth and stomach actually become blocked. When the flea finally abandons the dead or dying rodent, it begins to frantically search for another host.

Once on the new animal, the flea attaches itself, but must first clear the blockage from its mouth to eat. This is accomplished by ejecting the contents of its stomach. The plague has now successfully been spread to yet another victim.

If it happens to be a human that’s infected, symptoms typically develop in two to eight days. At that time, the victim’s temperature will rise suddenly (to 103 to 104 degrees) and will be accompanied by nausea, headache, and exhaustion. Lymph nodes, teeming with bacteria, will swell. These buboes, as they’re called, will usually appear in the groin or armpits, and are painful enough to keep the victim from moving.

Though today’s doctors are armed with specialized and potent antibiotics, 8 percent of all cases diagnosed in the United States are still fatal. In fact, it can be so severe in its pneumonic form (where the bacilli affect mainly the victim’s lungs), that it’s possible for the disease to run its entire course and death to occur within 24 hours.

The best remedy, as with most seriously contagious diseases, is to avoid exposure by religiously following certain preventative measures. First and foremost, you should never create (or camp by) any rodent or small animal food supplies. 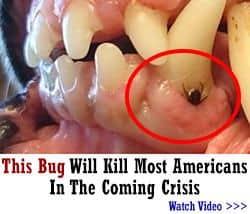 Many claim the chief reason plague spread so fast in Europe, was improper sanitation practices. Trash, rotting food, and even defecation that littered the crowded streets, proved perfect breeding grounds for carrier rats and mice. Unfortunately, illegal dumps in the Western U.S. are on the increase, as is the plague. Both proper waste disposal, and food storage practices, whether in the backwoods or big city, are two of the best ways to minimize exposure.

Anyone entering an area known to be affected by the plague should adhere to certain precautionary measures (hunters in particular).

NEVER VENTURE TOO CLOSE TO RODENT NESTS OR BURROWS. Even though the infected animal may be absent or dead, fleas have been known to survive for considerable lengths of time in the confines of a nest. Should you accidentally fall in, or foolishly dig there, you could very well be the next victim.

BEFORE YOU GO OUT, TREAT ANY AND ALL EXPOSED AREAS OF YOUR SKIN WITH A GOOD INSECT REPELLENT Not only will this make you more comfortable as the day wears on, but you become a less inviting target for hungry fleas.

WEAR SURGICAL QUALITY RUBBER GLOVES ANY TIME YOU CLEAN AN ANIMAL. This lets you avoid both direct contact with what might be an infected animal and the fleas living on it.

NEVER KEEP OR EAT MEAT THAT LOOKS QUESTIONABLE. For the untrained eye, it’s almost impossible (and dangerous) to try and determine if the animal is infected. It will, however, smell bad, look sick, or look swollen internally. The best rule of thumb is, if there’s any question, simply discard it. A coyote or another carnivore will discover it soon enough, so you’re really not letting anything go to waste. You might even take it a step further by following the old hunting adage: If it’s not moving, don’t bother.

A must-read: Establishing If The Meat Is Edible When Butchering Domestic Or Wild Animals

NEVER FEED WILD ANIMALS, WHETHER FRIENDLY OR NOT Remember, unlike rabies, the animal will not go “mad.” And it is possible to contract the disease by infected saliva entering through an open cut, or any mucous membrane. In other words, should you feed an infected rabbit or squirrel, and then do something as innocent as rub your eyes, nose, or mouth, you stand a chance of catching it. 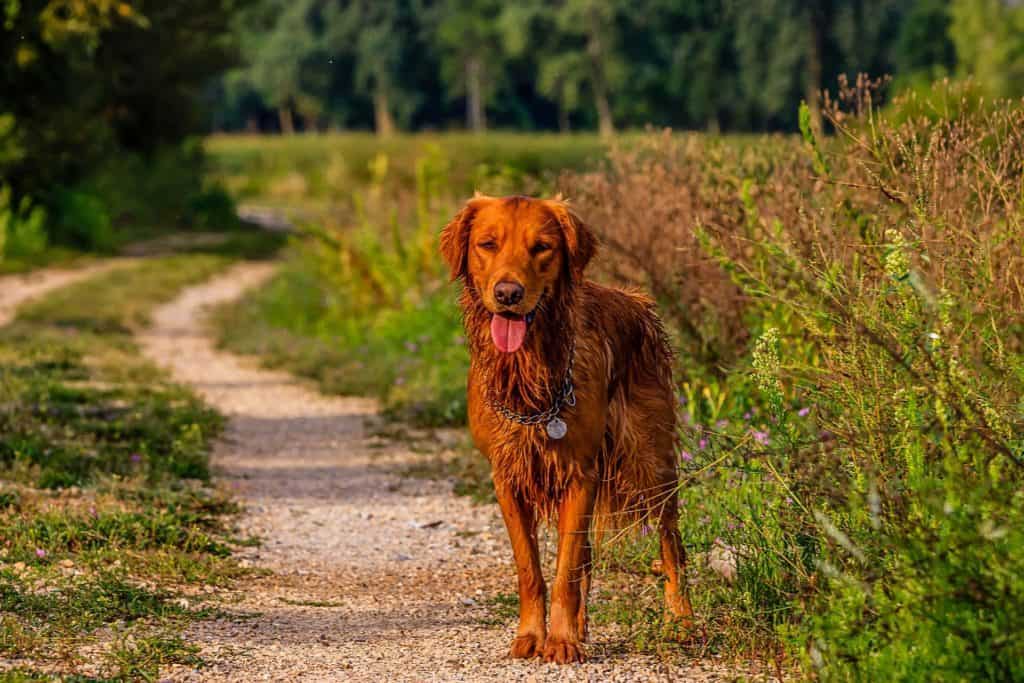 Anyone with a pet suffers a higher risk of being exposed. Additional precautions for pet owners include:

KEEP THE PET ON A LEASH. The more your pet roams, the higher the chances of encountering an infected animal. Dogs love to chase rabbits, and digging seems to be a full-time job. Unfortunately, both are considered high risk as far as the plague is concerned.

KEEP A FRESH FLEA COLLAR ON THEM AT ALL TIMES, AND PERIODICALLY DUST THEM WITH A GOOD POWDER. Once again, the flea and tick control collar and powder make for a much less inviting target.

NEVER APPROACH OR INSPECT A DEAD ANIMAL. If it died of the plague, the odds are pretty good that a number of fleas are looking for a new home. This is particularly true for that curious dog, who always loves to discover new smells, no matter how revolting.

By now, you’ve probably been scared out of this year’s camping trip. But, the CDC stresses that though the bubonic plague is currently common in certain animal populations, it is very rare in humans. Their statistics show that for the period between 1900 and 2012, only 1006 confirmed or probable human plague cases occurred in the United States.

Anytime you’re in the wilds, you risk exposure to a number of diseases, including giardia, plague, and even rabies. While the statistics can be quite alarming, we need not limit our outdoor activities.

By simply recognizing the inherent hazards sometimes imposed by our wonderful outdoors, and reacting in a prudent, safe manner (like following these simple precautions), we’ll always be able to enjoy it.