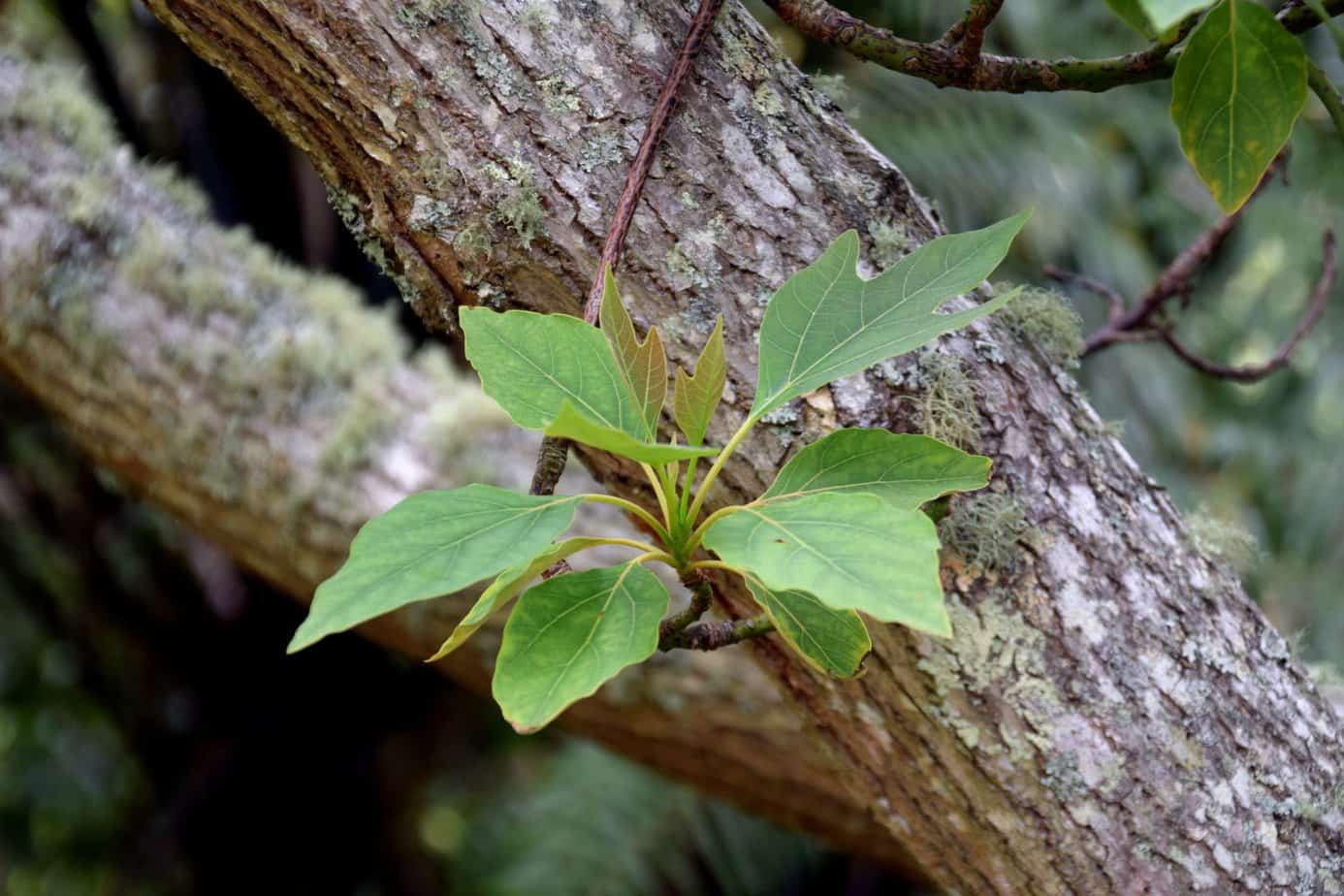 Sassafras trees grow widely across much of the eastern United States. They can be found from southern Maine and southern Ontario west to Iowa and south to central Florida and eastern Texas. Their oddly-shaped leaves are easily recognizable, and all of their parts are unmistakably spicy and aromatic.

The Native Americans and the early European explorers of North America used the root and root-bark extracts, and believed them to be miracle cures. They used the essential oils from the twigs and root bark to make tea, flavor root beer and candy, and to scent soap and perfume.

Sassafras leaves are dried and pulverized to make filé, a spice used by Southern folks as a seasoning, and to thicken soups, stews, and gumbos. As a child, I remember my father and mother making sassafras tea for us while on vacation in Wisconsin. I’ll never forget that, and I’m passing down the memories to my own kids and grand kids, not only by making sassafras tea but also by making root beer from sassafras roots.

Many would never believe something as delicious as tea and root beer could be possible after seeing a sassafras tree’s dirty roots. Making tea from sassafras leaves is much less complicated than root beer, but virtually anyone can make either with some know-how. 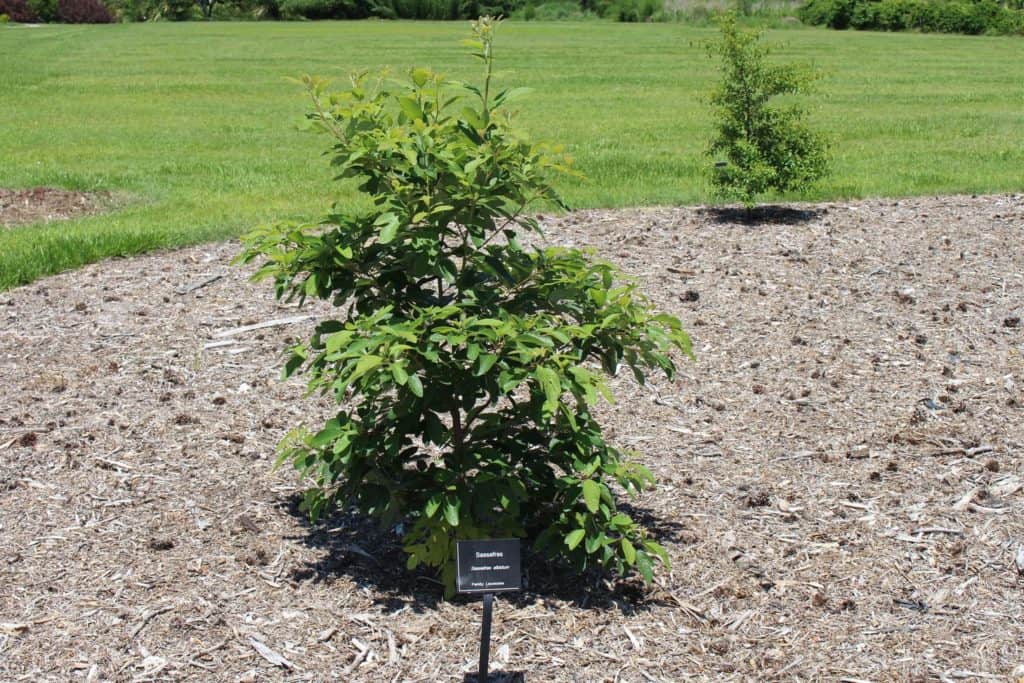 Sassafras trees are commonly found in the eastern half of the United States. The leaves are unique in that they can have three different formations on a single tree. Some leaves are oval-shaped, which means they have only a single lobe. Other leaves are bi-lobes, and still, others are tri-lobed.

Sassafras saplings are very common in old fence rows and field edges. They tend to be a pioneer tree, one of the first trees to begin growing back in areas that have been cleared and are unmaintained.

As with any wild plant, if you’re not sure about identification, get advice from an expert, or consult a good tree-identification guide.

A 1-foot-long piece of root, about ½ to ¾ inches in diameter (thumb-sized), is enough to make between 1 quart and ½ gallon of tea. I use a small shovel to dig the roots.

Step 1: Cut the roots into roughly 1- to 2-inch sections. You can do this with your trenching spade if you keep it clean and sharp.

Step 3: You can peel the bark from the roots, though it’s not necessary. All of the flavors are in the bark, which slips off very easily. If you peel the bark, discard the wood. I take the easy route and use the entire root. If you peel the bark, cut it into roughly 3-inch pieces and dry it for a few days. You can store this dried root bark in a sealed container for making tea any time of the year. Stored this way, the bark will last for at least a year.

Step 4: Place the roots or root bark in a small saucepan and cover with at least 1 quart of water.

Step 5: Bring it to a boil and simmer for about 15 to 20 minutes. The water will take on a reddish-brown color and begin looking like tea. It will begin to smell really good while boiling.

Step 6: Once the tea has simmered, remove the roots and pour the tea through a strainer lined with a coffee filter or cheesecloth to remove any fragments that’ll inevitably be floating in it.Sassafras tea can be a tad bitter since it contains tannic acid—as most tree bark does—so you’ll want to sweeten it a bit with honey or sugar. 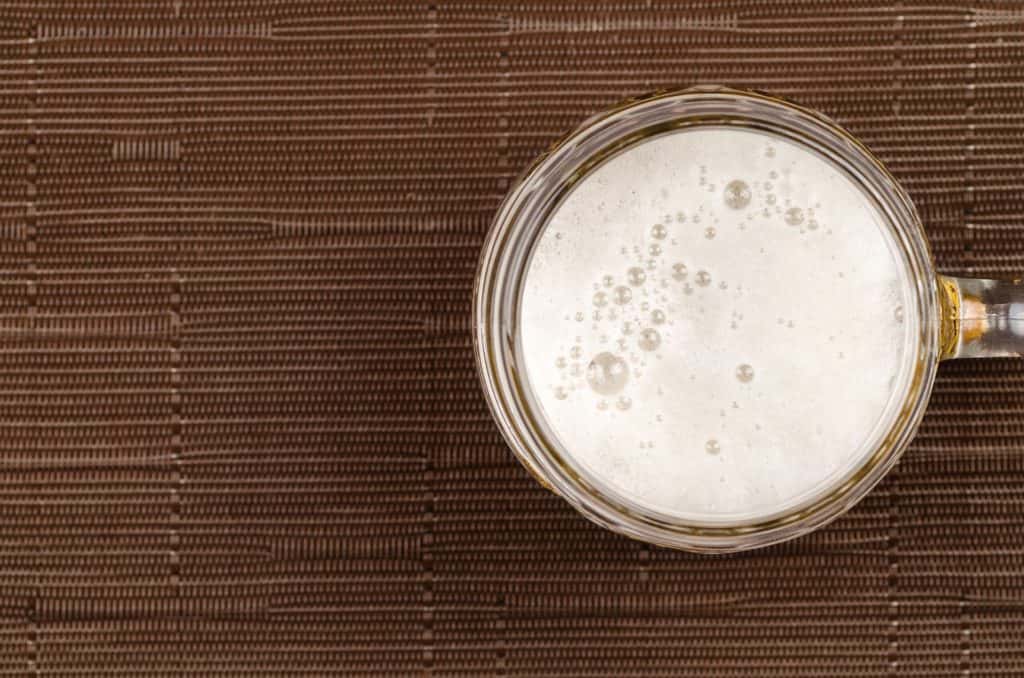 Root beer is often fermented, hence the word “beer” in the name. But, this particular recipe doesn’t require fermentation.

Besides using the root in beverages, the leaves are valuable when sold for medicinal purposes. I gather mature leaves from the trees every summer and sell the dried leaves for about $2 per pound, depending on the demand.

When gathering leaves to sell, you can leave the twig with the leaves, as long as it’s bright green. Just snap it off where the green twig meets the brown twig. Harvesting sassafras leaves is one of the easiest jobs in the herb-picking business. This is especially true if you can get a freshly cut sassafras tree. You can pick leaves off the downed tree until they either start discoloring or become too dry to pick.

The best way to dry the leaves is in the shade or in a shed. When selling the leaves, they must still have their green color. Drying the leaves in direct sunlight will turn them brown. It’s best to lay the leaves out on a screen or tarp. If you use a tarp, turn them often to make sure all sides dry.

I’m often asked where I sell sassafras leaves. The number of buyers dwindles every year, but -they are out there. Oftentimes, a quick Google search for root and herb buyers in your area will produce results. Fur, ginseng, and goldenseal buyers will also commonly buy sassafras and other roots and herbs. The number of different barks, herbs, roots, and leaves valuable in the medicinal market would amaze most people.

From the roots, herbs, and leaves I sell every year, I’m able to fund my Christmas gift purchases with some money left over. It’s a good feeling knowing that money is set aside and that I won’t be stressing about how I’ll provide for my family during a time of the year that’s often financially tough on many Americans.

Digging sassafras roots to produce homemade tea and root beer might not be for everyone. It’s simpler to go to the local store and hand over some cash for these items. Still, there’s something satisfying about living off the land and doing things the old-fashioned way.

Of course, you won’t get rich selling sassafras leaves, but it’s an enjoyable outdoor activity, and earning a little extra money doesn’t hurt either.

2 thoughts on “The Sassafras Tree – A Prepper’s Favorite”