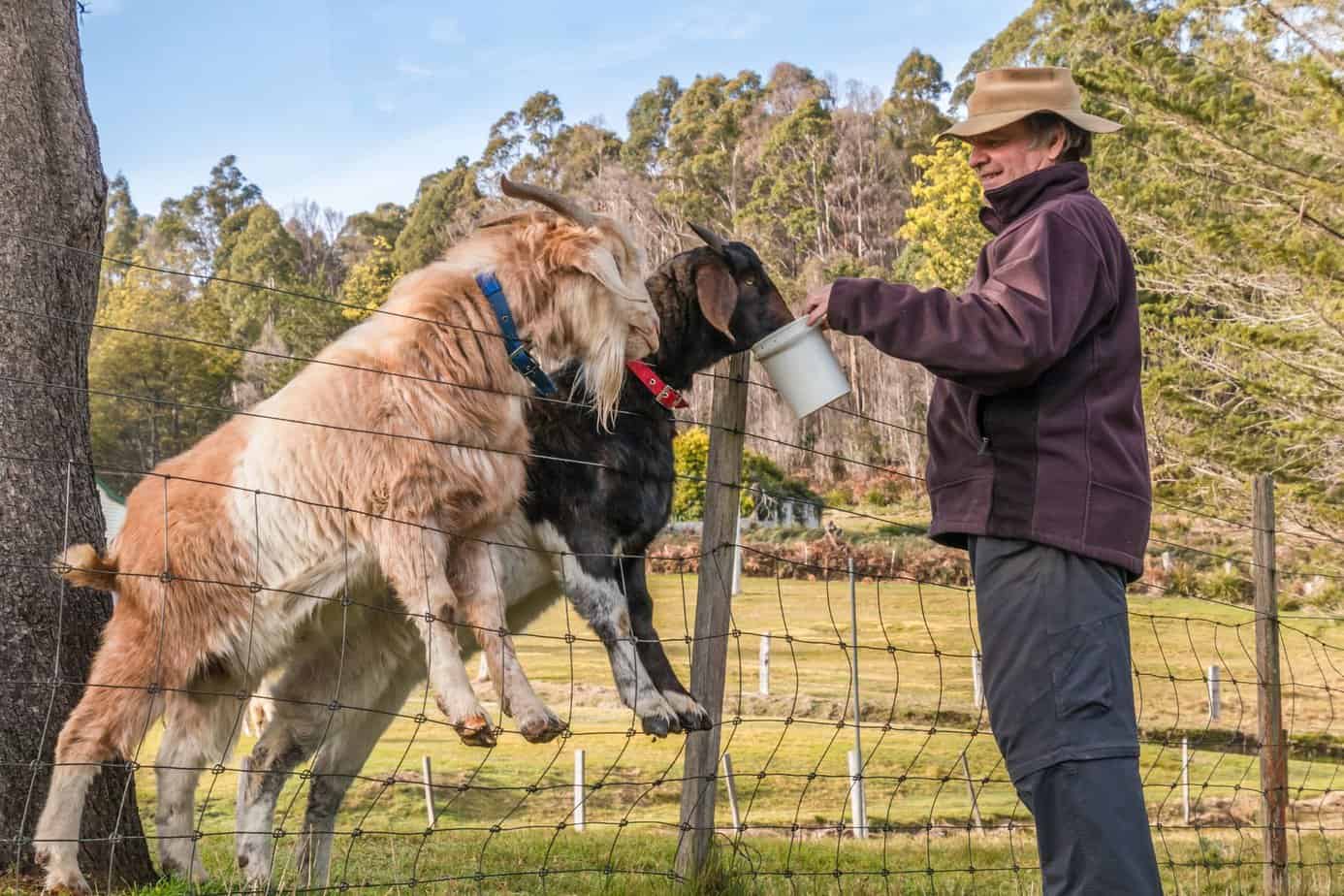 Have you ever wondered what the most popular protein source worldwide is? You might be surprised to learn that it is goat meat. Nearly 70 percent of the world’s population chooses goat as its main meat supply.

Although traditionally not as popular in the United States as beef, chicken, or pork, goat meat, called chevon, is gaining in popularity here as well.

Goat meat is extremely healthy when compared to beef, pork, or even chicken. Goat meat is lower in calories, fat, and cholesterol than other meat products. I think the health benefits have really spurred the increase in goat meat consumption in the United States in the last few years.

Besides the taste, there are several reasons why you should consider eating goat meat, if you have access to it.

Goat meat has more iron, comparable protein, and lower levels of saturated fat, calories, and cholesterol compared to beef and chicken. Goat meat is definitely superior when it comes to nutrition values compared to the “regular” meats we are used to eating.

Goat meat is lower in fat content and has less marbling in its meat. It is very tender and can be prepped over low heat to preserve tenderness and juiciness. 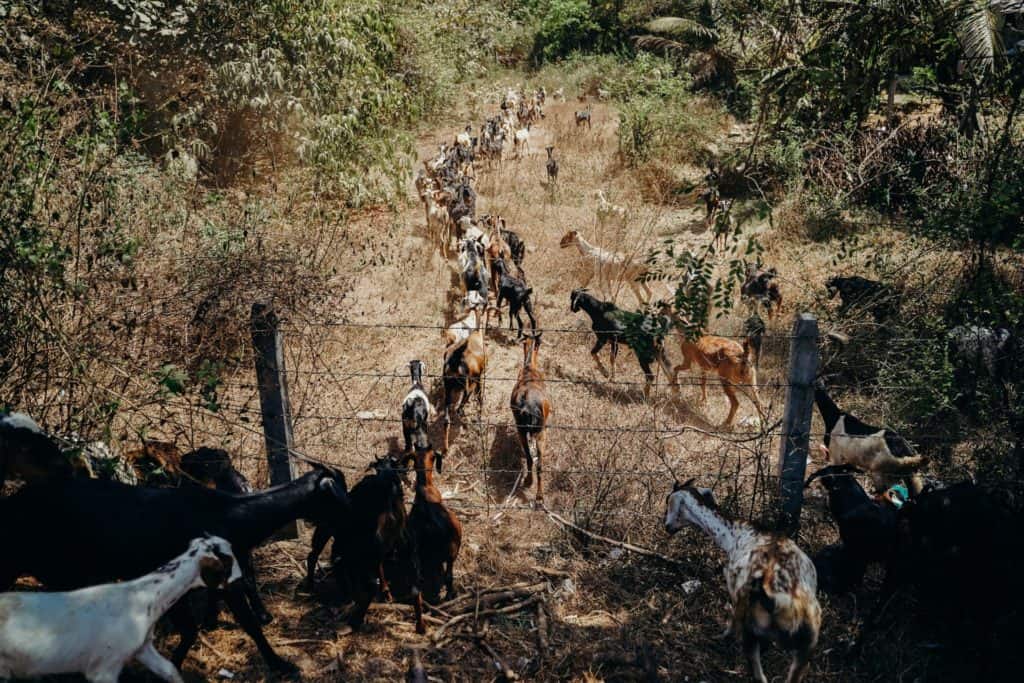 Since goats are browsers more than grazers, meaning they tend to pick at brushy plants and shrubs more than grass, they can be maintained on a smaller scale farm than beef cattle. Land with adequate browse can support up to eight goats per acre.

Because of their foraging ability, goats are happiest in brush-covered areas. This quality makes them a handy way to clear overgrown land. Just fence off the parcel to be cleared and release an appropriate number of goats. The ground will be cleared in no time with very little labor expended.

Besides the browse and pasture available, for optimum health and meat production, goats must have supplemental feed in the form of mixed grains or goat specific pelleted feed. Winter periods will require the feeding of hay to replace the lack of forage available. Goats should also have access to a balanced blend of minerals in either loose or block form.

Just because goats don’t require as large a pasture area as cattle, don’t think for a second that you can get by with a lesser quality fence. Goats can run, climb, jump, and crawl into places you would never dream they could go. A high-quality, five strand barbwire, woven wire or electric fence, or a combination of any two of these, is necessary to maintain your herd.

Once your fence is in place, take a look at housing for your animals. Most goats don’t like to be wet. A shelter large enough to keep them dry and free of drafts is necessary for a healthy herd. Goats can be extremely territorial and sometimes claim a shelter as their own, guarding the door to keep other goats out. Because of this, many farmers prefer several smaller shelters scattered over the field verses one large barn or shelter. Figure around 20 square feet per head when designing your goat housing.

Since many parasites are spread from goat to goat through ground contact, rotating pastures on a regular basis helps to reduce infestations. Talk to your vet and set up a regular schedule for vaccinations and worm control medications to keep your herd in peak condition.

In order to maintain good health, goats should be given free access to a high-quality goat mineral mix. Hooves should be trimmed on a regular basis to keep the goat’s feet in good shape. For male goats destined for meat production. I recommend castration at two months of age in order to prevent a strong flavor in the meat. The castrated bucks, called wethers, are then raised to a weight of 100 to 125 pounds before slaughter. 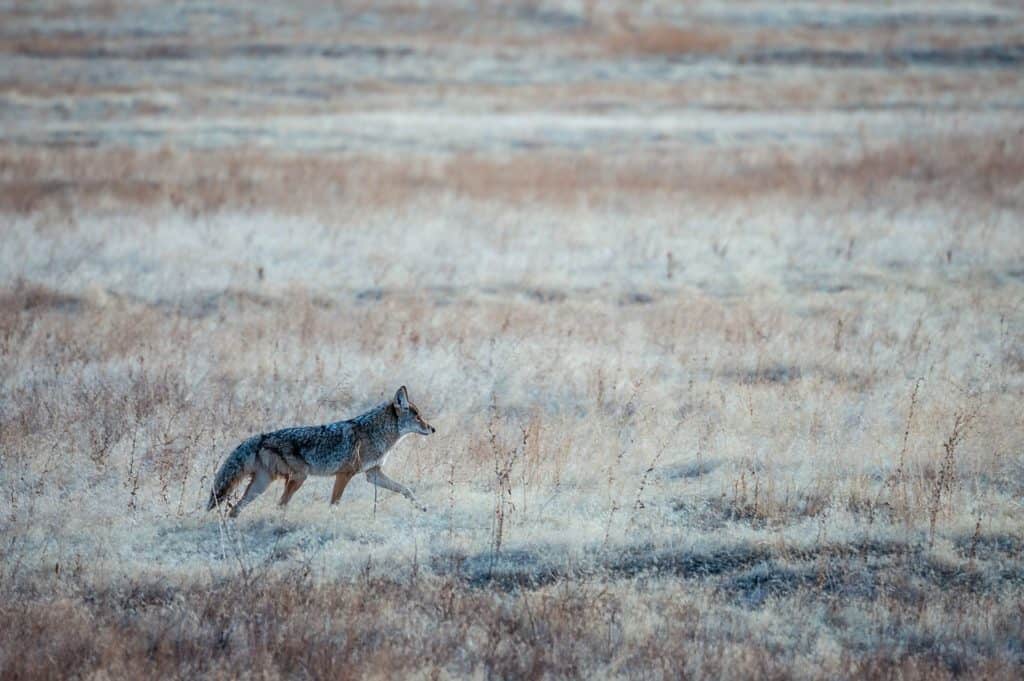 Possible predators for your goats include dogs, coyotes, bobcats, and, in some areas of the country, wolves and mountain lions. Protect your herd with high-quality fencing and consider putting them inside barns or shelters at night in high predator areas.

Many goat owners choose to keep guard animals with their goatherd. The standard choice is any of the Livestock Guardian Dogs (LGD) bred for that purpose. Breeds like Great Pyrenees, many of the mastiffs, and Anatolian Shepherds, among others, have been used to protect herd animals for hundreds of years.

Besides LGDs, many goat owners choose to keep llamas, miniature donkeys, or mules with their herds. These animals have a natural dislike for predators and either chase them away or make enough noise to alert farmers when predators are in the area.

While any goat can be eaten, specific breeds focus on traits that are beneficial to meat production. These meat breeds put on weight quickly, are well-muscled and have a mild, palatable flavor.

The following list contains a few of the most popular meat breeds.

Originating in South Africa, Boer goats have become one of the most popular meat goat breeds in the United States. Known for their superior body shape, fast growth, and high fertility rates, Boers are large frame goats with white and red colorings. Mature Boer bucks average from 180 to 300 or more pounds.

Boer does normally range from 80 to 150 pounds at maturity. Boer goats reach prime market weight at 60 to 125 pounds. Depending on the individual animal’s growth rate, this weight can be reached as early as four months of age or as late as 11 months.

Before Boer goats became popular, and the Spanish breed was the most common meat goat in the United States. Originating, as the name suggests, in Spain, Spanish goats were introduced onto the Caribbean Islands before eventually spreading to Mexico and the Southern United States.

Spanish goats are slightly smaller than Boers, ranging from 80 to 200 pounds. The Spanish goats normally have a coat of long coarse hair that can vary widely in color. Spanish goats are known to be hardy stock and can thrive under much more adverse conditions than other meat breeds.

Myotonic goats, also known as “Fainting,” “Tennessee Stiff-Leg,” or “Nervous” goats, exhibit the interesting trait of stiffening, then tipping over, when frightened or nervous. These fainting spells normally last from 20 to 30 seconds at a time. It has been theorized that this stiffening can actually lead to more tender meat.

Bred in New Zealand specifically for meat production, Kikos are a large-framed, fast-maturing goat. First imported in the early 1990s, Kikos are relatively new to the American goat market but are gaining popularity quickly.

Since they were originally bred from feral stock, Kikos are a hardy, low maintenance breed. They are known for growth rates as fast as other meat breeds from birth to slaughter size without the feed and care needs associated with other breeds.

As with any livestock raised for meat production, once the goats have reached maturity, the process of butchering has to be undertaken. While many commercial butcher shops will process your stock for you, home butchering saves money and offers greater control over the finished product.

Goats are similar in size and formation to deer, so tools and methods designed to butcher one will work for the other. While commercial equipment is best for large-scale operations, a few inexpensive tools are all that is necessary for small-scale farms.

Sharp skinning knives are important for removing the hide and breaking down the primal cuts. Choose a knife with a blade in the four to the six-inch range, with a sharp point and slightly flexible blade. Besides a couple of skinning knives, a larger knife with a heavy, stiff blade is helpful when slicing through large roasts or separating bones from one another. I recommend getting a butchering knives set since it contains everything you need for a clean job.

A replaceable blade meat saw makes short work of sectioning ribs, cutting chops, or removing shanks from the lower leg of the animal. Look for a model with a thick handle that is easy to grip with wet hands and an uncomplicated blade replacement system. 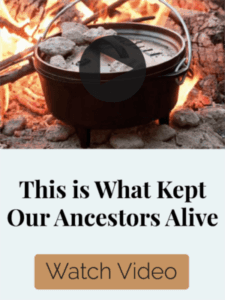 A meat grinder is a great way to use up the little bits and pieces of meat leftover from the larger cuts. Ground meat can be used for burgers, sauces, meatballs– the possibilities are nearly endless. Hand crank grinders are the least expensive option but require the most manual labor.

Electric grinders are faster and require less labor to operate. Look for models with replaceable grinding plates so that a sharp plate can be kept on hand at all times. Easy disassembly makes clean up a breeze.

While freezer paper or freezer-weight zip style bags will work for long term storage, vacuum sealers will keep your meat freshest over the longest period of time. Vacuum sealers work by removing as much air as possible from the bag before heat-sealing along the outer edge. Since there is very little air surrounding the bag’s contents, freezer burn is greatly reduced.

Using a hoist to lift the goat from the ground eases the physical strain associated with butchering large animals. Lifts can be hand crank models or work with an electric winch.

Raising meat goats can be a great way to turn a profit on a small farm or to supply your family with a year-round, healthy supply of meat. A great way to learn more about raising goats is to visit active farms in your area.

Find out what breeds they raise and if they have tried other breeds to see if they will thrive in your environment. Take a look at their fence style and ask what predator problems they might have had. Local 4-H clubs are another great source of information on goat farming in a particular location.