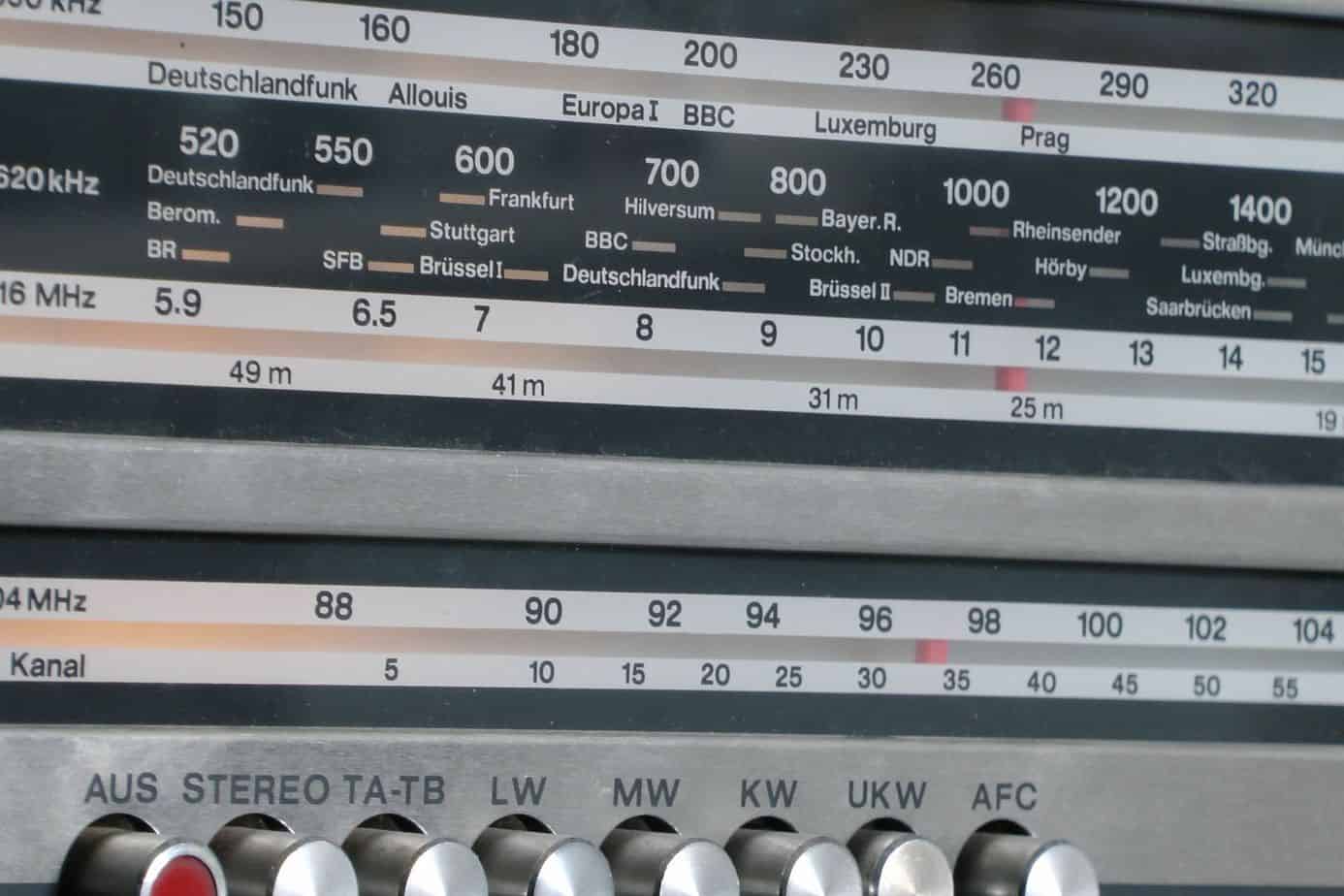 Wars are fought on many different battlefields. Where once nations waged war only on small areas of land or sea, the technology of the 21st century has expanded the arenas in which nations confront one another.

One of these modern arenas of war is the airwaves over which nations seek to sway world opinion. Almost every nation on earth uses shortwave radio programming to convey its views and values to the rest of the world.

⚔️ The war of the airwaves

So effective is shortwave broadcasting that many nations regard it as a threat to their stability. The Soviet jamming of Voice Of America and Radio Free Europe broadcasts illustrates this point.

This “war of the airwaves,” played out daily, gives anyone with a shortwave receiver access to a world of information and views not usually heard on local TV and radio programs. For survivalists, who by the nature of their beliefs must seek to keep abreast of rapidly changing world events, the shortwave radio opens a whole new world of timely information, which can be invaluable in survival planning.

We have all had the experience of listening to a radio station on a car radio and noticing the signal gets weaker and weaker as we get farther away from the radio station. Depending on the power of the transmitter, this signal fading can occur from between 20 to 100 miles from the radio station. How then do international shortwave radio broadcasts which have to travel thousands of miles overcome this problem?

📻 How the shortwave radio works 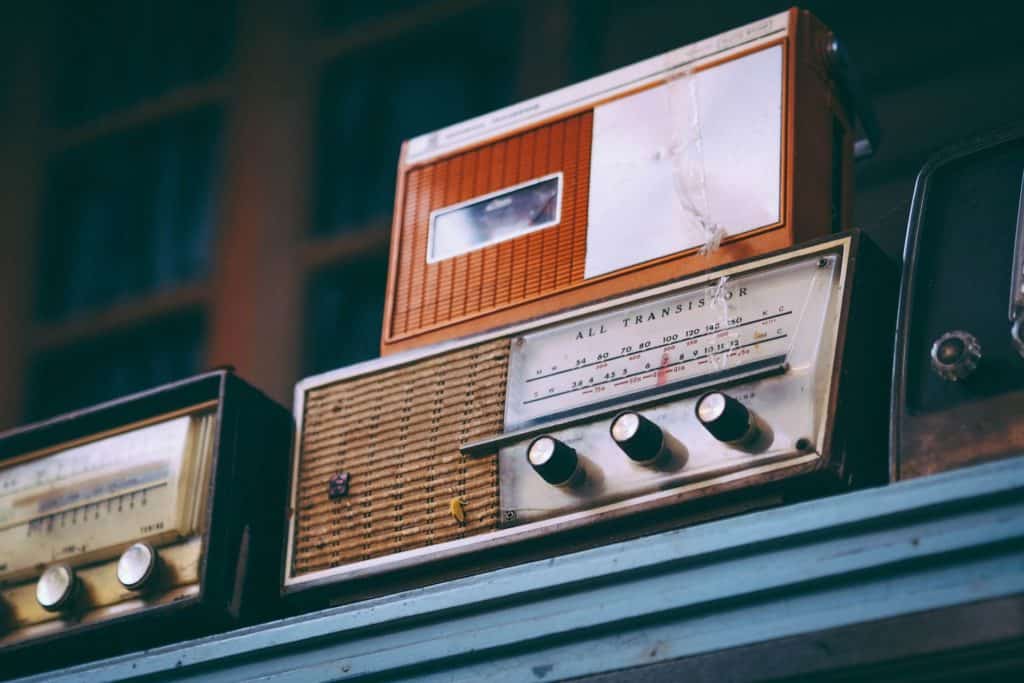 Shortwave radio signals use amplitude modulated (AM) waves, as do normal every day AM radio stations. The shortwave signal, however, operates at a much higher frequency (number of waves per second) than does the standard AM radio signal.

Shortwave radio transmitters, because of the distances involved, cannot operate on a line of sight basis. Instead, shortwave transmitters use the electrically charged portion of the upper atmosphere of the earth, known as the ionosphere, as a reflector for their signals.

The ionosphere extends from approximately 60 to 300 miles above the surface of the earth. By using this “bounce,” phenomenon, broadcasters are able to beam their signals to selected areas many thousands of miles away.

Bouncing radio signals from the ionosphere subjects the signals to interference created within the ionosphere itself. Sunspots, solar radiation, and other interference-generating phenomena, as well as the time of day, the season of the year, and weather conditions all combine to influence the quality of the received shortwave signal.

Old-timers have the image of the shortwave radio being bulky, hard to tune, and rather expensive. The new generation of light-weight, microprocessor-controlled, digitally tuned shortwave receivers now available have little in common with the receivers of the past.

Current models of brand-name short-wave receivers, from paperback book-sized portables to ultra-sophisticated desktop units, are available for prices ranging from under $50 to more than $1,000. Most models, including the lower-priced units, also receive standard AM-FM broadcasts.

Over the years, one of the biggest drawbacks to shortwave listening has been the difficulty of accurately tuning a given station’s broadcast frequency. Unlike conventional AM-FM radio, shortwave stations are generally located very close together on the tuning dial. This means that signals from different stations frequently overlap and interfere with each other.

To compensate for this, the shortwave radio tuner must be able to accurately tune to a given frequency and reject unwanted but close by signals. Older shortwave receivers generally used a dual tuning system to overcome this problem. The user would first adjust the main tuner to the general vicinity of the frequency being sought and would then use a tine tuner known as a band spread control to zero in on the desired station.

Newer shortwave receivers, including many of the lower-priced portable units, now use digital readouts fly tuning. Turn the tuning dial, or on some models punch in the desired frequency on the keyboard, and the receiver display will show exactly what frequency you are tuned to. 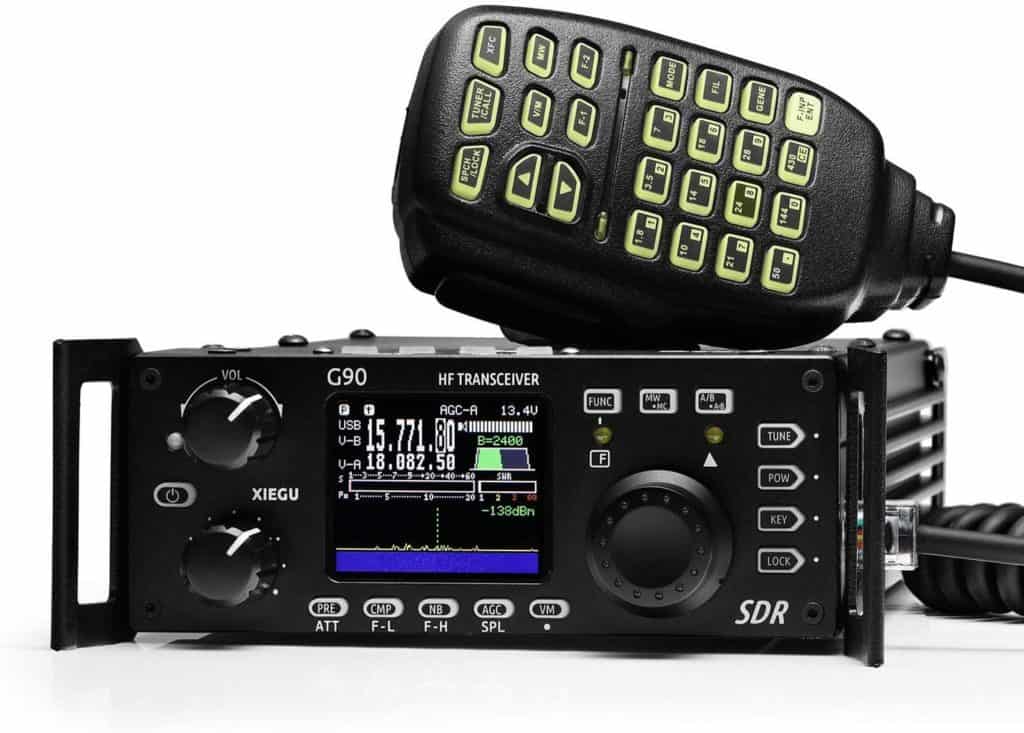 Some of the higher-priced units also offer a scanning function by which the radio continuously searches out frequencies carrying broadcasts, a very useful feature on a shortwave set.

Another consideration for those interested in purchasing a shortwave radio, particularly those in the survivalist movement, is the ability of the radio to operate on batteries or solar charges. All of the portable models operate on internal batteries, and many of them have adapters to enable them to operate from normal house current or other charging means. Not all of the larger desktop receivers can be run on batteries, so it is advisable to check with the salesperson regarding this feature if battery operation is important to you.

Read next: Solar Powered Radio – Which Should You Choose?

With the coming of the microchip, shortwave receiver sensitivity (the ability of a receiver to pick up weak signals) has taken a dramatic leap forward. The smaller portable receivers now have sensitivity as good as the desktop models.

All of the available portable shortwave receivers come with built-in collapsible antennas. Many of the portables and all of the desktop models conic with provisions for the connection of an external antenna.

The subject of the best antenna for a given set of conditions is one that dedicated shortwave listeners can spend endless hours debating. For survival needs and basic news gathering tasks, however, the best antenna will be the simplest both in construction and materials.

This author has found a simple long wire antenna to be a very effective signal gatherer. This antenna is easy to erect and very inexpensive yet does a good job of pulling in weak signals. It can be used for either a desktop radio at home or in the retreat, or it can be set up as a field-expedient antenna for use with a portable receiver.

The long wire antenna is a single length of from 25 to 100 feet of number 16 through number 10 gauge wire mounted between two insulators and run parallel to the ground as high up as is practical. A lead-in wire of the same gauge is run to the antenna terminal of a grounded receiver. For safety purposes, the lead-in wire should be connected to a lightning arrester, which will help protect both the receiver and the user in the event of a lightning strike on the antenna.

A variation of the long wire antenna that can be of particular value to survivalists allows the shortwave receiver to be connected to an automobile antenna system. In this expedient version of the long-wire antenna, a 25- to 50-foot length of antenna wire is attached to an insulator which is secured to a tree, fencepost, etc.

The other end of the antenna wire is attached to an alligator clip, which is then clipped onto the automobile radio antenna. The automobile should be grounded directly to earth. Inside the car the antenna wire is removed from the car radio and plugged into the antenna jack of the shortwave receiver. This temporary antenna system allows the survivalist access to international broadcasts while away from his base of operations.

There are many other types of antennas that can be used for shortwave reception. See your local radio electronics dealer for detailed information and ideas for many varieties of antenna systems. 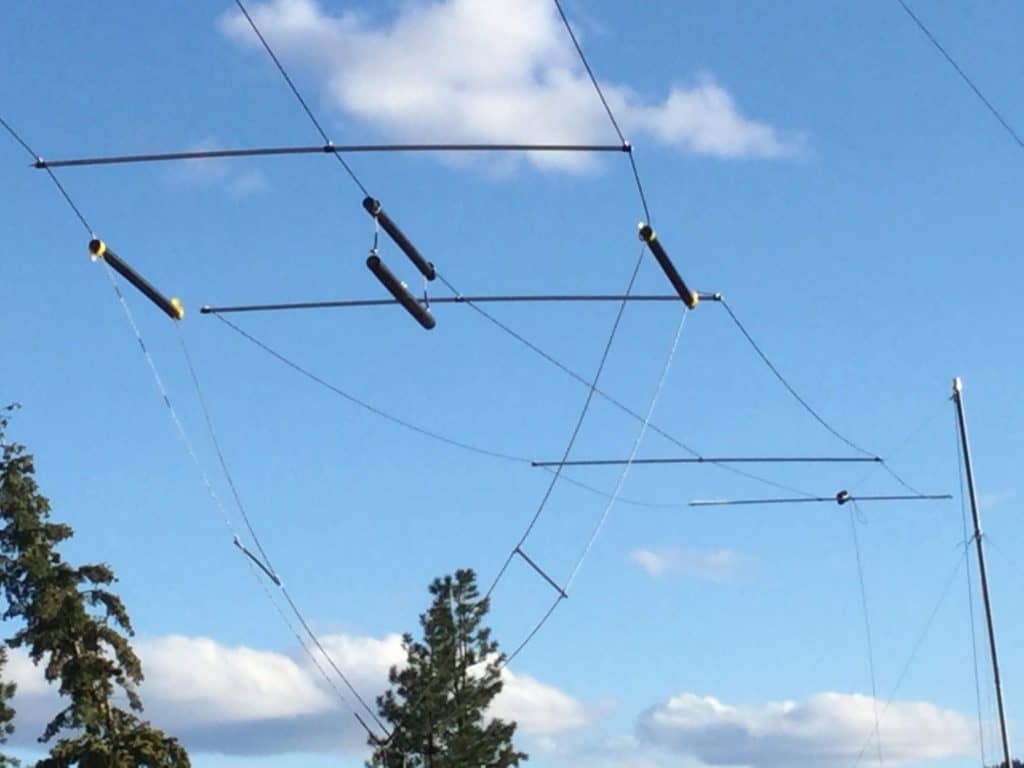 Tuning through the bands of a shortwave radio is very much like having a private network of news reporters working for you. For fast-breaking news stories such as the Soviet nuclear accident, the ability to tune in the English language broadcasts of countries directly involved and affected, yields information almost as it is happening.

During the Soviet nuclear accident, many people were able to follow developments in the countries immediately surrounding the Soviet Union. At the same time, as Radio Moscow was issuing one paragraph assurances of safety, Swedish, Norwegian, and German radio stations were giving radiation intensities, the direction of travel of the radioactive plume, and survival and safety instructions.

Longer-term news events are also ideally suited to being followed by shortwave. During the Falklands War, it was both instructive and intriguing to listen to the different descriptions of the same event over the BBC and Argentine radio.

During its time, Radio Moscow would provide for some very interesting listening. Their signal was among the strongest on the shortwave bands, and the broadcast with their English language World Service was on almost a 24-hour per day basis. Once tuned in to Radio Moscow, the new listener learned that the cold war was not a thing of the past. Much time was spent elaborating on the faults of the U.S. while extolling the virtues of Mother Russia and her satellites. The nature and vehemence of the broadcasts on Radio Moscow would also serve as a good indicator of the level of tensions between the superpowers.

For those in the survivalist community news and information will probably be the main reason to consider entering the world of shortwave listening. There are, however, many other types of programs, geared to a wide variety of listeners, that are available on the shortwave bands.

For example, you can listen to the Berlin Philharmonic play a Beethoven symphony on Radio Deutsche Welle (The Voice Of Germany), or take Spanish lessons with broadcasts from Spanish Foreign Radio. With a turn of the dial, you can tune to one of the many radios plays put on by the BBC (British Broadcasting Company).

Shortwave radio gives the survivalist the ability to accumulate important information for either immediate or later use. It allows you to follow breaking news stories often on an “as it’s happening” basis. For those who believe in preparedness, timely information is essential. Shortwave broadcasts can provide such information, often many hours before it reaches the U.S. media filtering machine.

Given the rapidity with which events in one country can affect other countries and individuals, access to a shortwave radio can give the survivalist an important margin of safety.