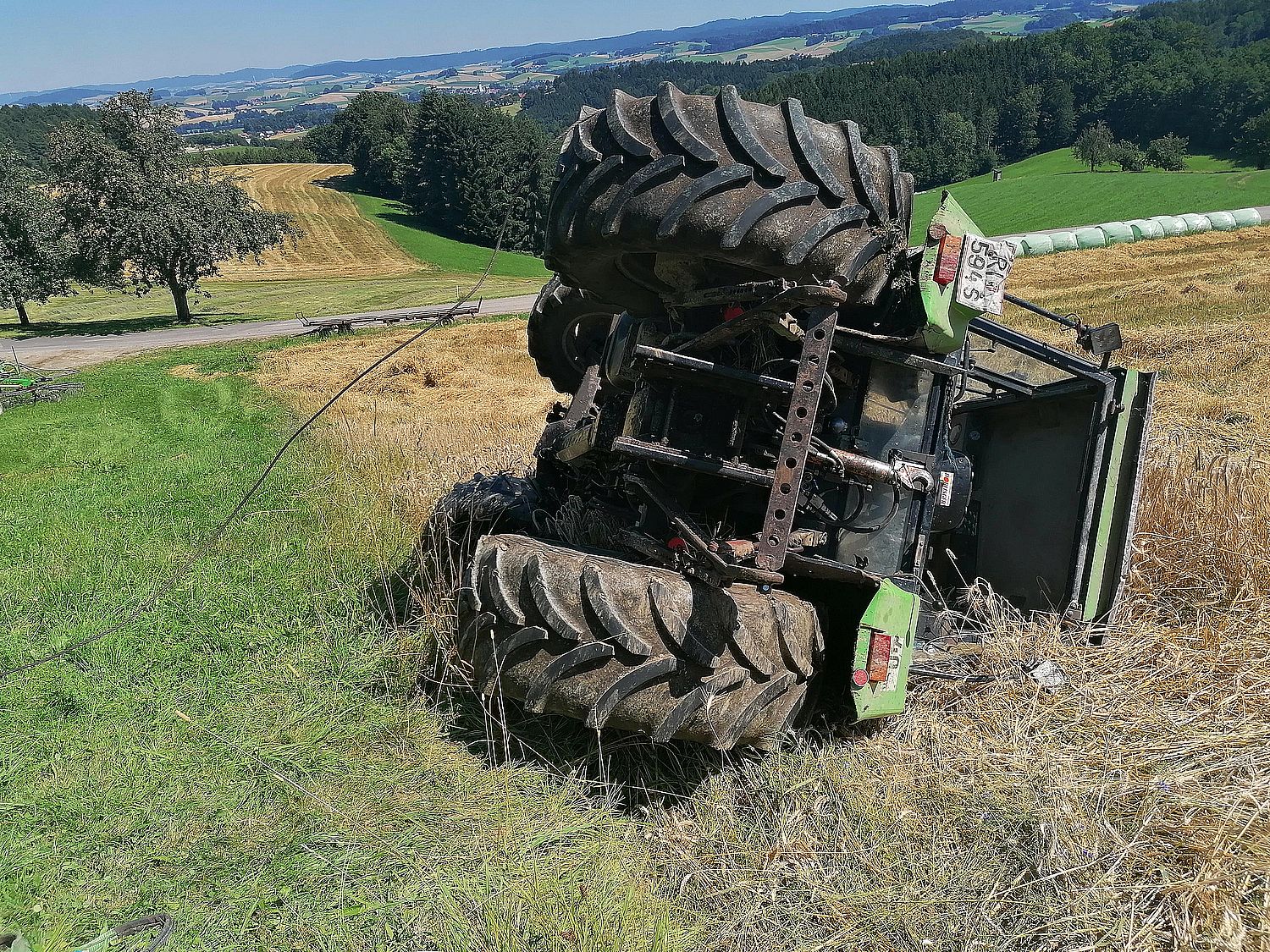 Accidents often happen on the farm, and farmers have one of the highest rates of workplace accidents in the country. Old farmers will often show you their “battle scars” that put them in the statistics, and they will share their hard-learned lessons so that you won’t make the same mistakes.

My father-in-law is one of these farmers, and he has plenty (one would say, perhaps, too much) experience with accidents that occurred both on his land and the land of his neighbors.

Accidents do happen, and no one is safe

Contents hide
1 Accidents do happen, and no one is safe
2 Key factors leading to accidents on the farmstead
2.1 Inexperience
2.2 Speed
2.3 Improper maintenance
2.4 Distraction
3 A final word

Some 10 years ago, one of his neighbors died in an all-terrain vehicle rollover while he was out on in his pasture checking the fence. I’ve never been involved in an ATV accident, but my father-in-law has plenty of experience in this field. His ATV once tipped on its side while patrolling his property and pinned his leg underneath. Thank God he had his phone and managed to call for help; otherwise, his adventure might have had another outcome than “just a broken leg”.

His worst accident occurred when he was cutting down a tree on his property and he, to this day, says it was nothing more than bad luck. Here’s what happened. He was cutting down a midsized tree, a foot in diameter, and he didn’t step away fast and far enough.

The tree fell right onto a rock, and a few branches flew from it as the tree shattered on the rock. One of these branches impaled his abdomen, and he had to be rushed to the hospital for specialized surgery and medical care. 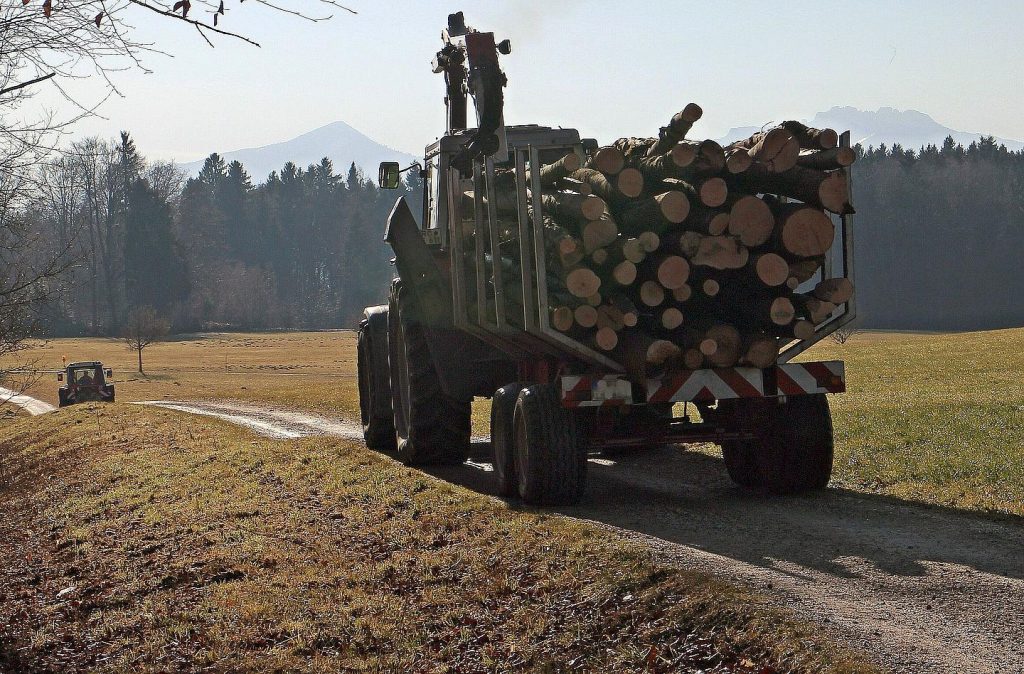 He was lucky enough to be accompanied by two of his neighbors as they were the ones who transported him to the hospital and kept him safe the entire trip. It was a close call and a reminder that accidents always happen when you least expect them.

On one occasion, I was able to experience one such accident first-hand and provided first aid for my brother-in-law. He was cutting firewood with a chainsaw, an old McCulloch one, and he had a kickback incident.

The chainsaw sliced into his shoulder, and it made a pretty deep incision. I applied pressure using a clean, spare T-shirt I had in my truck, and I had to stop him from keep looking at the wound since he almost fainted the first time he saw how nasty the wound was. I took him to the hospital, and he ended up with a set of stitches and a story to tell.

Numerous others were close calls on the farm, but these are the ones I recall more vividly. Even though they walked away from many of these, on incertain occasions, they could have easily died if there weren’t people around to help them or if they wwere unable to summon help.

Accidents like the ones described above happen because of four basic factors.

Key factors leading to accidents on the farmstead 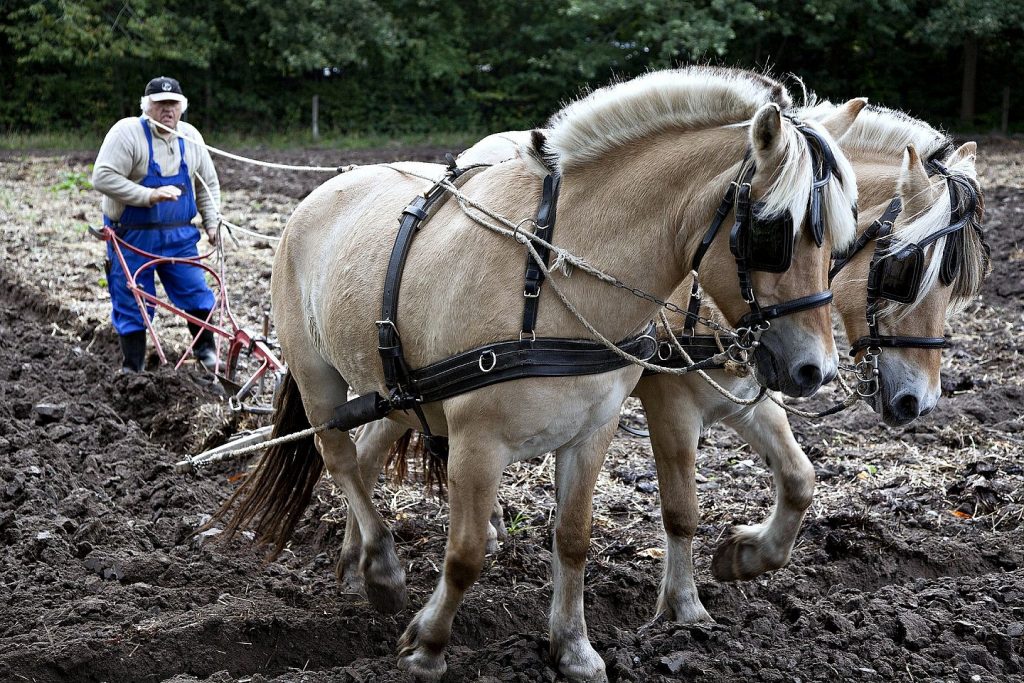 A lot of folks don’t know their own limitation or the limitations of the tools/animals they interact with. They don’t know what can happen as a result of an action and how the machinery they are using or the animal they’re interacting with will respond.

All this requires skill, and you cannot acquire such skill if you didn’t do a certain job for a few hundred hours. In fact, you can only acquire a certain skill through repetition, and they say that repetition is the foundation of mastery regardless if you’re doing farm work or if you’re learning to play the piano.

Anyone I know can jump on a tractor, put it in gear and drive it up and down the lane or through a field. However, this doesn’t make them a skilled tractor operator because such person has gained their skills after driving the tractor in snow, during rainfall, uphill, and downhill, but also used it for pulling or pushing something.

You can’t expect to gain enough experience to consider yourself a skilled tractor operator after using the machine a couple of times. You need to repeat doing it and then do it some more, especially in different conditions.

Do you know how much you can put on the trailer before it’s overloaded?

How about “park on the level”? Do you know what it means?

Knowing when a situation is unsafe or when it can develop into one requires being in different situations. Only after gaining enough experience working with a piece of machinery will you have enough respect to know its limitations. Sure, the respect for it will be instilled after a close call, but that’s not the right way to do it. Is it?

My father-in-law developed a rule of his own after some of its close encounters, and he always parks his truck or tractor in a place that allows for a quick getaway. When he works in the woods or in a remote area, he always turns his vehicle around before he parks it so that he can quickly jump into it and go in case something unexpected happens. If the ground is slick, he parks it facing downhill to avoid getting stuck.

After years of “accidents”, he soon learned he doesn’t need to put himself in a tight spot and he needs to give himself a working chance if he wants to return home unharmed. He learned what a tight spot is, and this learning came with plenty of years of experience. He also brings along his cell phone and a walkie-talkie to summon help in case something happens.

Most novice farmers, besides failing to no realize what a tight spot is and getting into it, also get angry about making such a mistake and desperately try to fix it. Folks will feel stupid about getting into a tight spot, and they will do whatever possible to extricate themselves and keep their shame private. That’s when something bad happens, and things turn against them. Rather than being heroic, it’s safer to call for help. There’s no shame in that.

Speed kills, and although not as often on the farm as on the highway, speed and rushing things sometimes lead to accidents.

When my brother-in-law cut his shoulder with the chainsaw, he was in a hurry because the next day, our families were supposed to go camping, and he didn’t pack the things he needed. The frenzy of finishing chores fast and the thought of being at the campsite were, in my opinion, the factors that enabled the accident.

If he had been more methodical and worked at his normal rhythm, I’m confident we would have made the trip and not spent the day at the hospital.

When you’re in a hurry, it’s safer to slow down to avoid any possible accidents. There’s no point rushing things if there’s not something urgent you need to take care of. There’s never enough time on the farm to do all the chores, and you should always remember that tomorrow is another day, and you can always pick up the slack as needed.

Tools and machinery on the farm need constant maintenance, and you need to make sure they are not neglected. Axes, knives, hoes, chainsaws, hatchets, and all edged tools need to be sharp. When such tools become dull, you are required to apply more force to do the job. That force is what makes things break or glance off and oftentimes leads to accidents that could have otherwise been prevented.

As a quick example, the chainsaw you are using should pull itself through the cut, and you don’t need to apply too much force. If this doesn’t happen, you most probably need to sharpen it.

If you are butchering an animal, if you are cutting or processing the meat, a dull knife not only will make things difficult and slower, but it’s also an accident waiting to happen.

Proper maintenance is critical since properly maintained tools or machinery are much safer than make-dos or improvised tools. Not everything can be fixed with duct tape, baling twine, and wire. Sometimes you need to spend time and money to properly maintain the tools you’re using on a daily basis. Don’t cheap out since your physical integrity may depend on it. 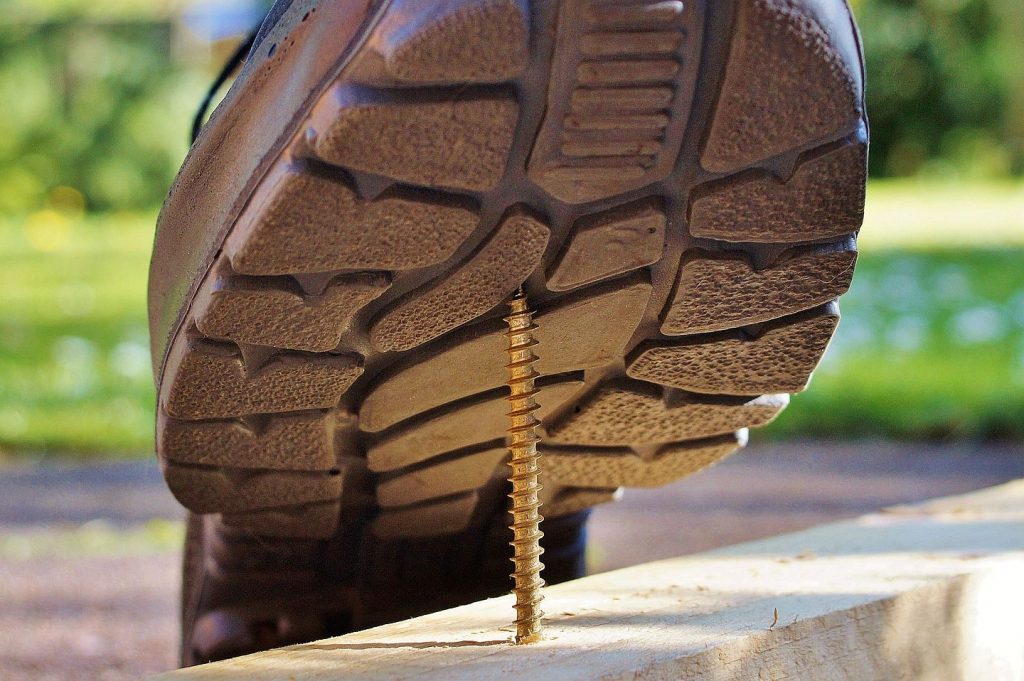 My father-in-law has a rule on the farm that everyone respects, including us, when we visit. The use of headphones and texting or using a cellphone is prohibited during work hours. This is something we all agree with because inattention can be deadly on the farm.

If you use your headphones, you won’t hear the stampede of cows behind you or the unusual sound the hay mower is making. As preppers, we learn about situational awareness and how it can save our lives during times of adversity. However, situational awareness is something we should all have, and it’s only cultivated/trained by looking up and out, not down and in. 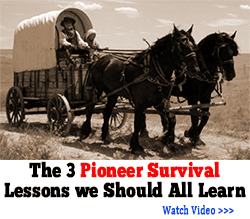 We live in a highly digitalized world where gadgets are taking over, and as I’ve said on every occasion, this has become a problem for the modern man. We are spending too much time looking at screens or leaning over keyboards, and it seems that the smaller our screens get, the more we lose sight of our surroundings.

On the farm, situational awareness may be different than in a survival situation, but it basically means the same thing.

It means knowing which cow in the herd has an attitude and may state its opinion when interacting it with and which cow is docile.

It means that you need to keep your feet out from under the trailer hitch when you unhook.

It also means not sticking your fingers in places where you could lose them, and unblocking machinery should be done with proper, sturdy tools and not your soft limbs.

On the farm, is safe to practice prevention and not only attention. My father-in-law requires everyone to have earplugs in when he works the chainsaw or starts the tractor. He wears a hard hat when he’s working in the woods, and everyone accompanying him needs to do the same. The hardhat saved him from numerous concussions over the years, and it’s not an optional accessory.

Even something simple as a wide-brimmed hat shouldn’t be ignored, and everyone on the farm wears one to keep the sun off their ears and necks. One of his neighbors died of skin cancer a while back, and he was the type of person that would work unprotected in the sun for hours.

Another rule on the farm is to watch where you step and always stay rested so you can think about where you’re stepping the next day.

Pay attention and always practice prevention to keep yourself secure while doing farm work. You should look out for yourself and those working with you because an ounce of prevention is worth a pound of cure.

I’ve heard a lot of farmers say that they can’t afford to get injured or get ill since they have a lot of chores to take care of and their animals depend on them. However, it’s not only the animals that would suffer if you become another farm fatality. Your family and loved ones need you too!

The medicinal plants the Amish have been using for decades

Survival food recipes that stood the test of time

The best DIY projects for your household to become self-sufficient