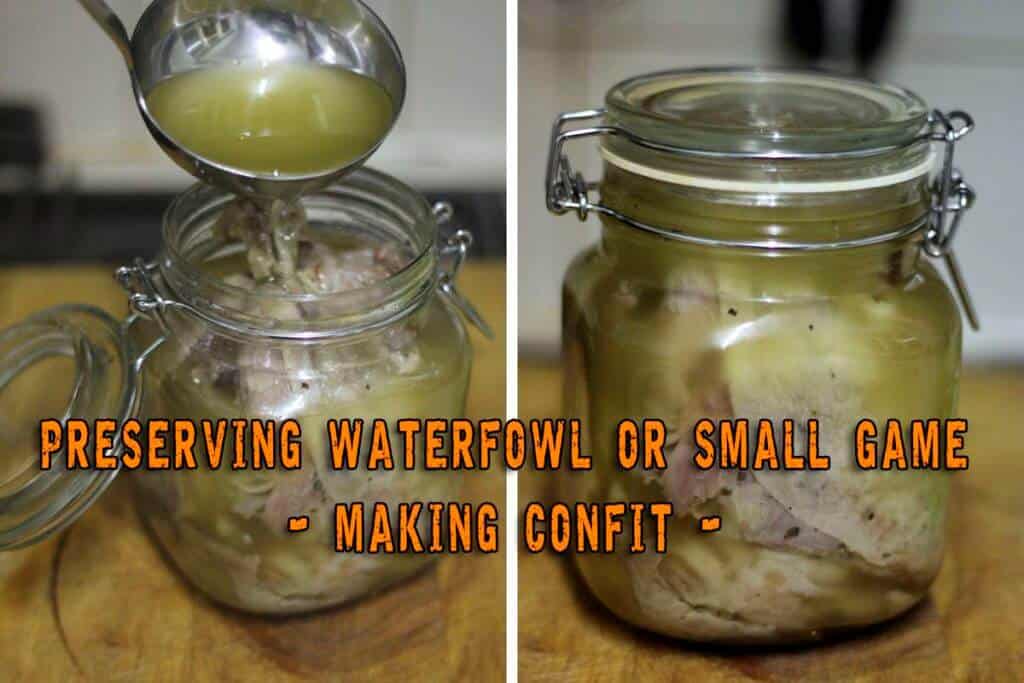 Way back in 2012, we visited France and met some friends who made this beautiful country their second home.  We learned a lot about the culture, the cuisine and pretty much everything we can think of. Since our friends like to go hunting for waterfowl, they also showed us how to preserve it using a traditional French method called Confit. This meat preservation method can become quite useful for preppers and hunters, so make sure to read forward.

While there are many ways to preserve wild game, meat or fish and we all love our pemmican or jerky, in my experience, I think it’s better to diversify our meat preservation methods and learn as much as we can about new ways of doing it. During the winter, we had the pleasure to eat waterfowl Confit and we were pleasantly surprised by how delicious it is. In fact, the name Confit is derived from the French word confire, which pretty much means to preserve.

Confit is mainly any type of food that is cooked slowly over a long period of time as a method of preservation.  Confit as a cooking term describes when food is cooked in grease, oil or sugar water (syrup), at a lower temperature, as opposed to deep frying.

While deep frying typically takes place at temperatures of 325–450 °F (160–230 °C), Confit preparations are done at a much lower temperature, such as an oil temperature of around 200 °F (90 °C), sometimes even cooler. The term is usually used in modern cuisine to mean long slow cooking in oil or fat at low temperatures, many having no element of preservation such as dishes like confit potatoes.

In meat cooking, this requires the meat to be salted as part of the preservation process. After salting and cooking in the fat, sealed and stored in a cool, dark place, confit can last for several months or years. Confit is one of the oldest ways to preserve food

As I found out, Confit is mainly made with duck legs and legs of waterfowl. The meat has to be pre-salted so that the blood is drawn out and to help the preservation process. Personally, I also like to add a touch of herbs and condiments to enhance the flavor of the meat. After the meat is salted, you need to let it rest for about an hour to allow the salt to be absorbed before placing it into a meat pan containing pre-heated fat.

You will need to cook it slowly for several hours until the meat falls readily off the bone. The meat is then completely removed from the bone and placed into one or more clean jars (depending on the size) and covered with hot fat. Keep in mind that during the cooking process any blood deposits that may form on top of the fat need to be removed with a spoon.

Confit is a great way to preserve meat and you can do it easily at home. You can make it from waterfowl but also from small game such as rabbits.

Here is a step by step guide on how to make Confit:

Contents hide
1 Here is a step by step guide on how to make Confit:
1.1 Related article: How to Make Wild Game Jerky
1.2 A last word
1.2.1 Useful resources to check out:

1. Cut the legs of any small game to prepare them for the Confit. These are usually tougher and they will require more cooking time than the tender muscle-laden parts of the animal.

2. Remove the feather and fur, but also the feet and skin. Rub salt and spices of your liking into each piece. The ratio I use is approximately one tablespoon of salt and one teaspoon of spices for every 15 – 20 ounces of meat.

3. Once you rub the meat with the ingredients mentioned above, make sure you cover the pan in which you placed the meat.  This will ensure that flies or other bugs will not get into the meat while you leave it for an hour or so to rest. An hour should be more than enough for the salt and spice to infuse the meat.

4. I use my Dutch oven to make Confit, but any pan with a strong base should work to melt down fat. I’ve used bear fat on several occasions and the taste was really something else. Whatever fat you plan on using, make sure there is enough fat in the pan so that all of the meat is slightly covered. I usually start with half the weight of fat to meat and I add more if needed.

6. Once you notice that the meat can easily be stripped from the bones, remove the meat completely and press it into clean sterilized jars. Make sure to fill each jar until it is about two thirds full, then cover the meat with the hot fat. Do so until the jar is completely full.

7.As a last step, cover the jar with a lid and store it in a dark, cool place. You can store it in a cold place for up to six months or more.

While you can make confit using the meat of animals you raise on your homestead, the technique requires a little more work when using wild game. The animals you raise may be well fed and full of fat, but we cannot be sure the same goes for wild game.

That being said, you will sometimes need to use some other fat that you saved from a previous process or you can use even store bought fat. It really depends on what you have available.  I’ve also used beef dripping and bear feat and the flavor was really something else, quite tasty and unusual. 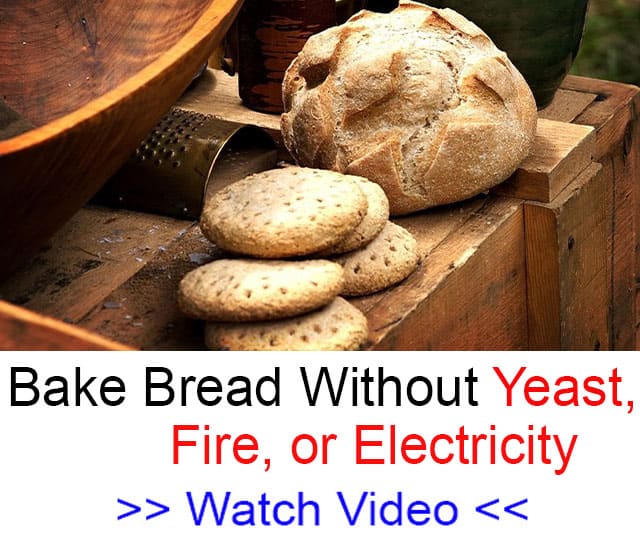