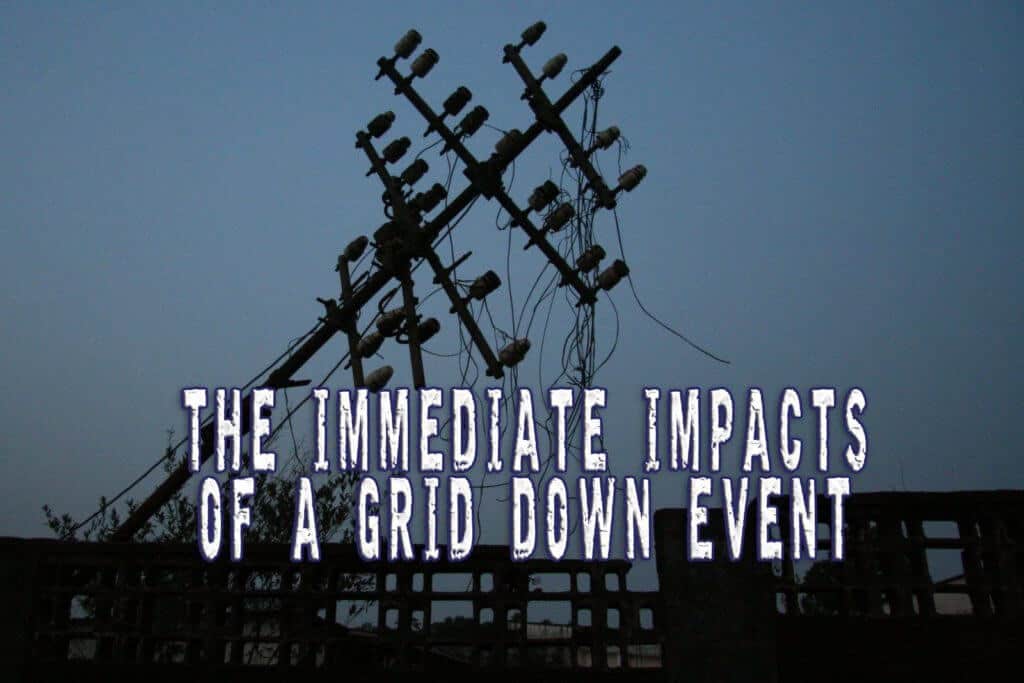 It is no longer a secret that our government is preparing for a grid down event. Such event is currently one of the most probable crises that would impact every area of our lives. A power grid down event doesn’t mean the same thing as losing power for a few hours. There are many critical things that most people are not aware of.

While power outages can be local or regional, a grid down event is national. It basically means living in a world without power. There are currently a few probable scenarios that are considered to be the most likely to cause the grid to go down:

The scenarios listed above are not theoretical and in fact, each situation has happened at least once in the past. They lead to the loss of the entire electrical grid in specific regions and each scenario had different consequences.

A national grid down event will cause immediate and short-term impacts. However, it can also have long-term effects that will change the world as we know it. In this article, we will look at the immediate impacts of a grid down event and at what it means to live in a world without electricity, even for a few days.

The immediate impacts listed above were experienced by many people in these modern times. The blackout of 2003 was a clear example of what a general power outage can cause. During that time, at least 12 people died, thousands were stranded in elevators, subway cars, airports and on city streets. In New York alone, about 3,000 fire calls were reported and emergency services responded to more than 80,000 calls for help(source).

For anyone who has lived through a power outage, the treat of a grid down event is more real than for those who have no idea what living without electricity for a few days means. In our modern times, a grid down event is more real than ever. We don’t think about this, but it can bring our modern world to a standstill. Make sure you and your family have the knowledge, skills and the supplies needed to survive in a world without power.

Self-sufficiency and Preparedness solutions recommended for you:

The LOST WAYS (How our grandparents used to live without electricity)

1 thought on “The Immediate Impacts Of A Grid Down Event – Things You Should Know!”